Pueblo’s Gearing Up To Break Out Of This Town. 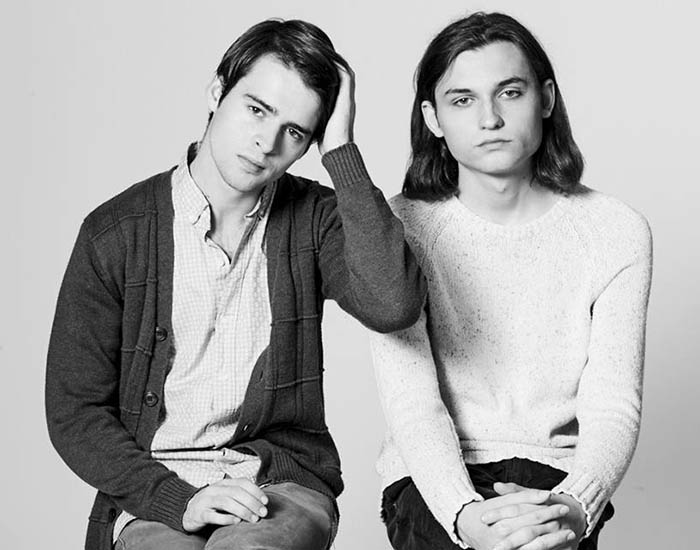 Dallas Indie Pop Band Pueblo’s Members Still Can’t Legally Drink, But They Sure As Hell Can Write A Pretty Melody Or Six.

The very first time Jonah Smith played music in public, it was on the stage at Dallas’ Club Dada. He was just nine years old then.

Now 19, Smith is currently gearing up to play another show at that same venue, this one serving as both a homecoming show and a farewell show at once — the former because he and his Pueblo bandmate Julian Smith (no relation) spent much of the past year in school up in New York after graduating from Booker T. Washington High School last spring, and the latter because Pueblo is about to hit the road for a seven-city tour.

The tour comes in support of Pueblo’s only release, their six-track Boring The Camera EP, which the twosome wrote together after forming the band last summer, then released this past March. Since then, Pueblo has added bassist Adam Ngyuen and drummer Grant Martin into its fold.

“You can rest easy when you’re playing with great musicians with a jazz background,” Jonah says of Pueblo’s newest members.

Those two are a good fit for the band’s sound, too: Pueblo is a more refined project than Jonah and Julian’s previous efforts in the recently disbanded The Azalea Project and the earlier outfit Plowboy, both of which reveled in far more rocking territory. Boring The Camera, which was released by the Dallas-based State Fair Records, is an indie pop album through and through, a smooth six-track sail that latches onto listeners with its equally somber and dreamy melodies — and one that, as with anything Jonah and Julian have produced in their years of playing music, sounds mature well beyond their years.

That’s true of the band’s views of touring, as well. Even though Pueblo’s West Coast Tour is a short one, Jonah says he’s eager to use the band’s first-ever tour as a chance to road-test its material and to build a fan base one market at a time.

Says Jonah: “At this level, it’s an investment, whether you’re playing to plant a seed to come back to that market or to make that musical investment to play every night and get better as a group.”