Drawn By Jaymz Is By Far Dallas’ Most Prolific Musician. 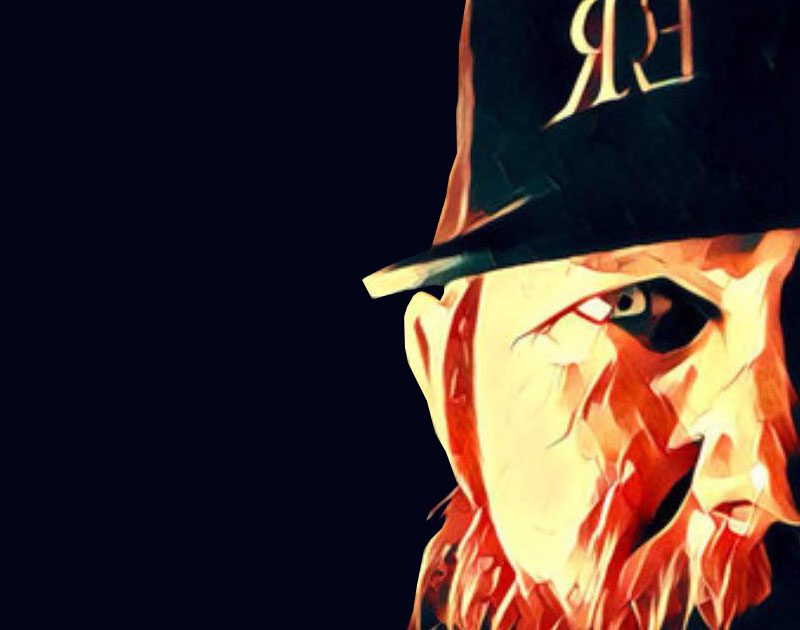 If Dallas’ Drawn By Jaymz Releases 34 Albums Over The Span Of 13 Years, But No One Really Listens To Them, Does He Really Make A Sound?

In September 2016, James Porter stood in front of 4,000 people, drumsticks in hand, on a dock in London.

The crowd had gathered to see Porter perform along with several other Dallas musicians, including Hal Samples, who organized the band, and Roy Ivy, Porter’s former bandmate in The Tah Dahs. It was a paying, corporate gig for some perfume company, and it served as a small payoff after years of investing in a career that hasn’t exactly given much back to Porter.

“Ever since I got my Bandcamp page, I’ve only sold about $200 worth of stuff,” Porter says. “I’m at the point where I need to start making money.”

In 2004, Porter began posting the music he created under the name of Drawn by Jaymz to Bandcamp, and it wasn’t long before the catalog of albums he shared to his artist page began to look more like a Tetris grid than a traditional discography.

One thing to know about Drawn by Jaymz up front is that Porter’s easily the most prolific musician in Dallas, and also one of the city’s most underappreciated talents. Prior to that London gig last year, Porter had posted 26 albums to his Bandcamp page — a staggering average of just over two albums released per year. Since returning, though, he’s only become more productive.

“That trip to London really changed my aspect and really invigorated my love for creation,” Porter  says.

In the eight months since his return to Dallas, Porter has released eight more Drawn by Jaymz albums, bringing his career total up to a whopping 34 releases. Even more incredibly, he says he’s sitting on almost as many more albums which he’s just keeping on a hard drive, waiting to release them.

And yet his name has mostly remained unknown to the young area hipsters who might embrace his music. It’s not for a lack of trying, though. In fact, Porter briefly retired Drawn by Jaymz in 2012 out of frustration over the fact that his 20th album didn’t make the splash he’d hoped it would.

Of course, a few months later, he released yet another album.

That’s kind of how things have always gone for Porter. He grew up in the Park Cities, and when other kids’ parents gave them everything they wanted, Porter’s dad had a different mentality.

“I remember telling my dad I wanted a skateboard, and he told me to sell artwork to the neighbors,” Porter recalls. “I started drawing pictures and walking door to door.”

It wasn’t long before that creative bug instilled in Porter by his father had taken hold. By the time he was in the sixth grade, he’d started his very first band. By the eighth grade, he was a regular at the Wednesday night open mic at Poor David’s Pub.

“I would have my acoustic and walk to Poor David’s Pub when it was on Greenville, then I’d walk home,” Porter says.

By freshman year in high school, his band Chaser was a regular on stages in in Deep Ellum and on Greenville Avenue alike, although none of the members were technically old enough to be allowed into the venues they were booked to play. He would spend his next few years away from the Dallas music scene, though, as his parents shipped him off to military school in Missouri. There, the only tolerable part of the regimented lifestyle for Porter was that he was in the drumline. When he finally returned home to Highland Park High School to finish his studies, he realized that he was on a different trajectory than his peers were; whereas they all seemed to be following in their parents’ footsteps, planning careers as lawyers and business owners, Porter was committed to making music his life.

“I made my mind up early on that I’m going to make music and I don’t care what avenues it takes me down,” Porter says.

He struck musical gold when he found Roy Ivy and joined The Tah Dahs. Together, they played hundreds of gigs, afraid to turn any offer down. Porter’s next band, The Happy Bullets, had a similar approach to booking shows; you couldn’t go anywhere in Deep Ellum in the early 2000s and not accidentally stumble into a Happy Bullets concert. When that band split up, Porter played in a handful of projects, none of which boasted the same drive of his earlier efforts, until he started focusing on Drawn by Jaymz.

The most noticeable difference between those previous bands and Drawn by Jaymz is the lack of shows. To date, Drawn By Jaymz has played fewer than 15 shows. Porter says there’s a reason for that: He has trouble finding musicians who are willing to play his songs without putting their own spin on them.

“If I could clone myself I’d have a great band,” he says. “It’s something I’ve wanted to do for a long time. We’re not quite there yet.”

But, in a way, he is there. In the comfort of his East Dallas home, which he shares with his 11-year-old son and wife Karin, Porter writes and plays all of the instruments on every Drawn By Jaymz song. His recording studio is a small bedroom with green matte walls covered in his original artwork, with instruments and amps in every corner. He spends most of his days in this room, churning out one album after the next — and producing songs of a wide variety as he does. Some of his albums are classical compositions. Others are played entirely on children’s instruments. And that’s just the start. Drawn by Jaymz has released drum and bass songs, metal songs, reggae songs, math rock songs, folk songs and even entire cover albums between releases of his touchstone indie rock sound.

“The only music I don’t like is Zydeco,” he says with a laugh.

Yes, there is something for almost everyone in Drawn by Jaymz’s music. And yet few seem to listen.

Perhaps the variety or maybe the frequency of his albums is the cause of this problem?

“It’s not that I’m trying to write and release so much stuff,” Porter says. “It’s more like I’m trying to get it out of my hair so I can move on.”

Even if commercial success never comes to Drawn By Jaymz, it’s likely he’ll continue at this pace anyway. Spending time with him for just a few minutes, it becomes clear that he can’t stop. He says he treats his music like a journal, and every day his journal entry is a new song —  or sometimes two. But unlike the usually private entries one might find in a journal, Porter wants to share his confessions with the world.

After all, doing so is only a few clicks away — and it’s free.

“I’m not really trying to win people over and get the next cool sound,” Porter says. “I’m just doing what comes to me. But, if you’ll listen to it, you’ll find something you like.”

Daniel Hopkins is a writer whose work has been published in the Dallas Observer, LA Weekly, Village Voice, Relevant Magazine and other publications. He plays music under the name Denim Wonder, and his kids think he literally makes money at work. He literally makes no money.