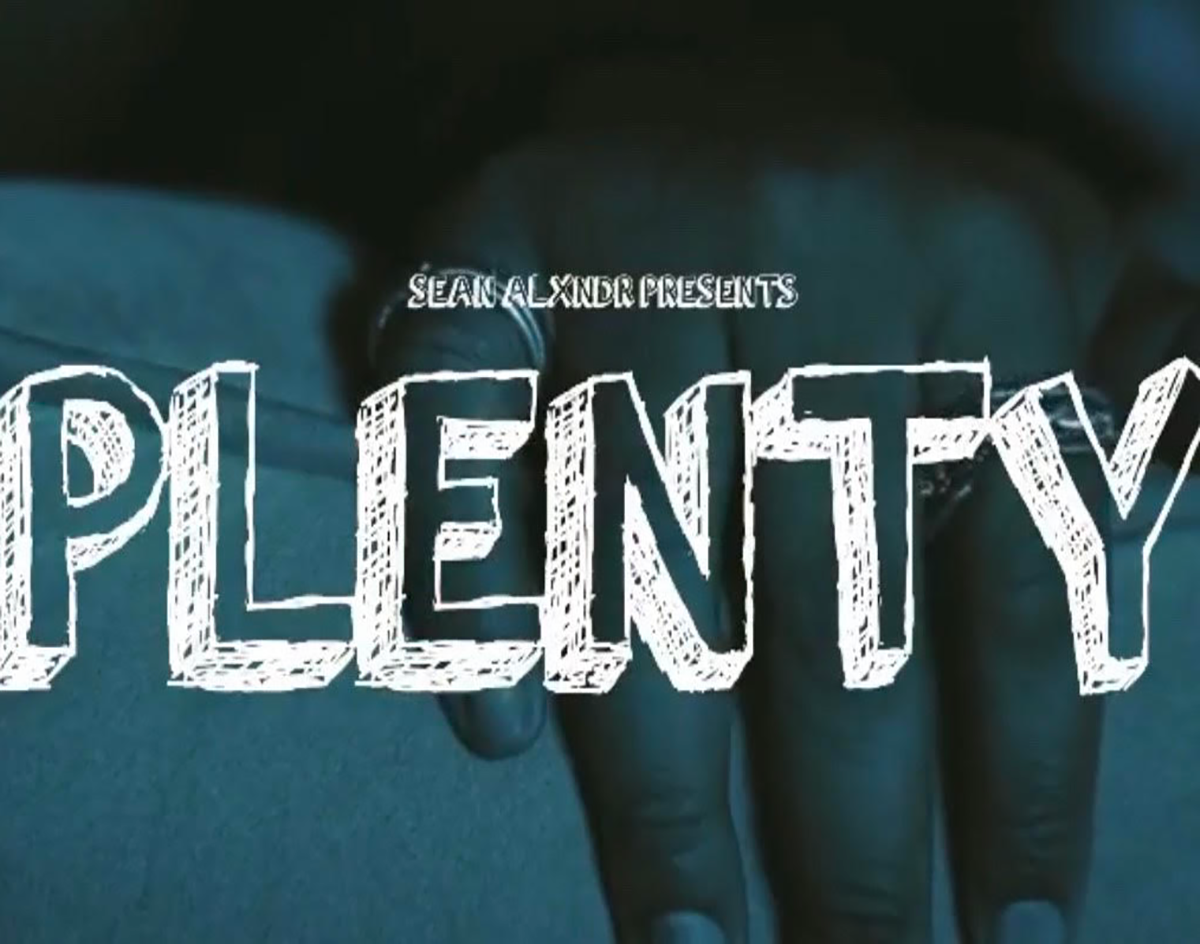 Sean Alxndr – “Plenty”
RIYL: Burning one while watching Rick and Morty.
What Else You Should Know: In July, indie hip-hop artist Sean Alxndr released his debut EP, Channel BLU. The release is a four-track introspective diary which he calls “an ode to my bad coping mechanism.”

Channel BLU narrates Alxndr’s struggles with mental health, including anxiety and trauma, with each song outlining the ways he deals with them individually. “Plenty” is especially melancholy, as he creates a cathartic listening session for his fans with deep lyricism and melodic R&B sensibilities, unlike some of the EP’s other tracks heavy with basslines.

Directed by Dallas rapper Coach Tev, the “Plenty” music video, which we’re excited to premiere today, describes Alxndr’s self-isolation as a way to cope, but is ultimately a cry for help. He’s seen doing typical introvert activities, like smoking and watching TV in dark lit rooms with a face doused in contemplative reflection. Although he says he doesn’t have many people he can trust, he does know that the people he holds close always love him plenty.

“There’s a certain part in the video where I do get calls from my loved ones, my uncle especially.” Alxndr says. “He actually called me during the video and we just happen to use the voicemail for it.”

Alxndr is a product of the Dallas collective label IRAS and an up-and-coming artist of the eccentric Dallas underground rap scene. Originally from New York, Alxndr moved to Texas a day before his first day of high school, which marked the beginning of his music career. By his senior year, Alxndr was working with Dallas recording artists and plugging himself into the songwriting and artist development side of the music scene.

Though he took a hiatus from music due to personal life issues, Alxndr eventually came back to his craft to help with his healing process, more than anything — all of which is beautifully portrayed in Channel BLU.

Music may be an outlet for him, but “Plenty” is a constant reminder that he’s not alone.

“It’s kind of like saying ‘Hey, I like being myself,’ but at the same time you rely on your closest friends to kind of get you out of it,” Alxndr says.