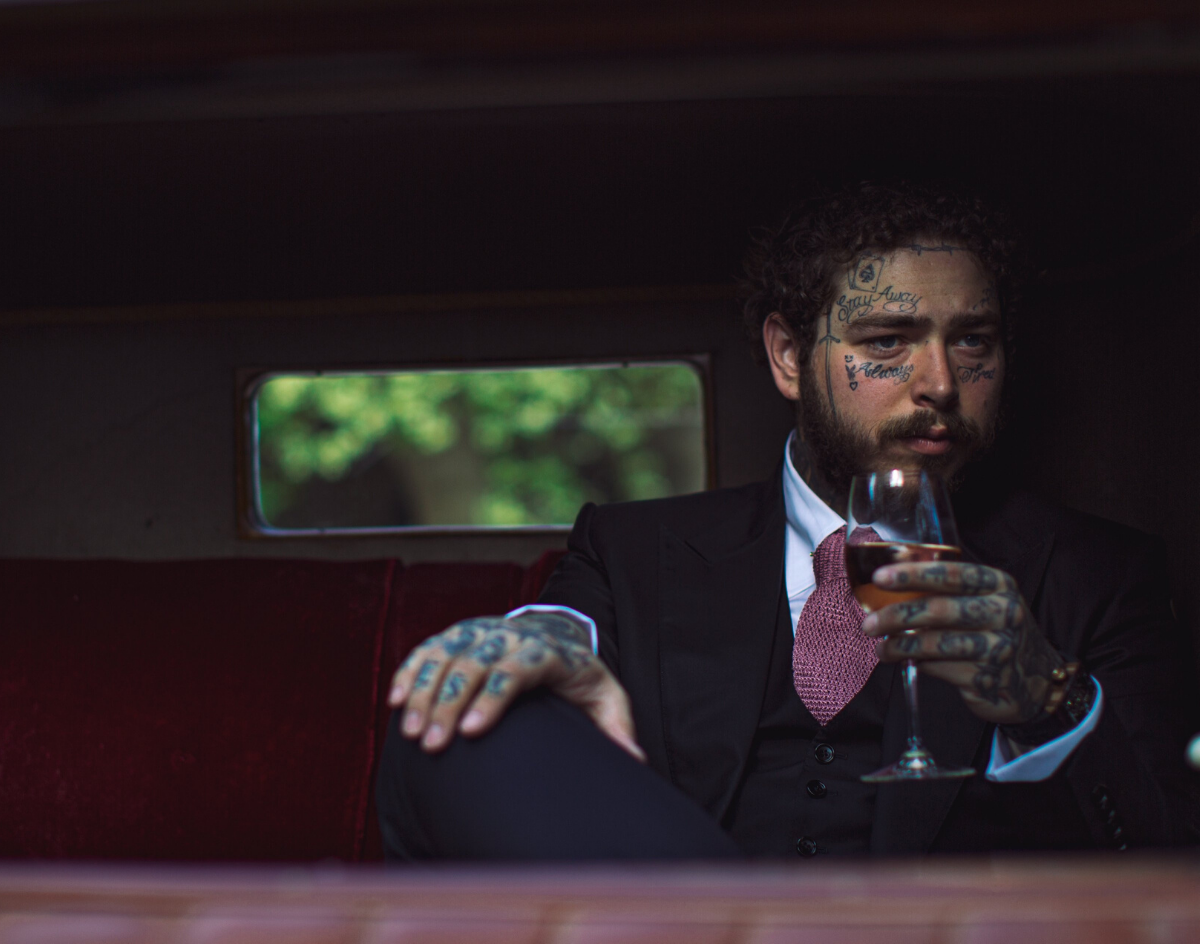 The Grapevine-Sprung Singer Is Getting ‘A Little Fancy’ For The Release Of His Own Rosé Called Maison No. 9, Set To Launch Next Month.

Post Malone is putting the beer bong on ice for… wine? The Grapevine native announced his new line of french rosé, called Maison No. 9, is set to debut next month.

The rapper-singer first teased the release of his own wine to Zane Lowe — along with his own clothing line and hemp products — back during the rollout of his 2019 chart-topping album, Hollywood’s Bleeding. “A lot of fingers in pies,” he told the Beats 1 radio host. And feet in grapes, apparently!

Known for his affinity for beer, Posty’s abilities to get his face printed on Bud Light cans and convincing of Jerry Jones to do the unthinkable weren’t enough to quench his more expensive taste.

“Rosé is for when you want to get a little fancy,” the rapper said in a statement.

The line is named after Posty’s favorite tarot card, the nine of swords, and symbolizes a new period of growth, often in the aftermath of fear and anxiety.

The beverage’s notes include “inviting aromas of freshly picked fruit, such as ripe pineapple, pear and strawberry, meet hints of sweet French desserts once uncorked. The clean, dry, crisp finish is balanced and round with a texture that is mouthwatering and savoury, perfect for drinking on its own or with a variety of dishes.”

Who knew he had such a refined palate under all of the cigarettes and bud light.

Cover photo via Maison No. 9.