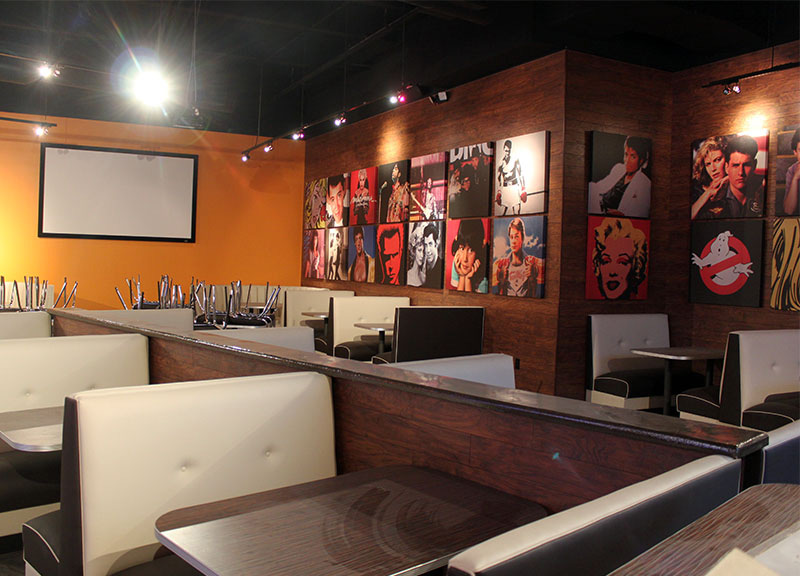 Get Ready for Pop Diner, and Its Impending Post-2 A.M. Domination of Uptown.

Hey, every 24-hour diner in town: Consider yourselves on notice.

In just a few weeks, Pop Diner, located at the intersection of McKinney and Lemmon in Uptown will open for business — and, more than likely, it will immediately steal some of its competition's business in the process.

For starters, there's that enviable, high-traffic location. But, beyond that, this sucker just looks legit. More than just a 24-hour joint specializing in diner fare, the space is also set to feature a massive bar. There's a whole mess of iconic '80s pop art covering the walls, too. And there's even a large projection screen, which owners promise will be dedicated solely to playing cult classic movies on loop.

Interestingly, though not a chain, the concept comes from out of town — Detroit, specifically. The brain trust behind the new spot is topped off by Detroit-raised brothers Nik Gjonaj and Kola Gjonaj. Nik owns five restaurants in the up in that other D-Town and Kola, who will serve as the diner's head chef, lives here in Dallas. Rounding out the management team is another Detroit native, Tony Lulgjuraj, who will serve as Pop Diner's general manager.

Also interesting: The menu is actually inspired from yet another locale.

“[We do] Coney Island diner fare,” Nik says. “But we are trying to embrace a little bit of everywhere and celebrate it here in Dallas. With a little twist.”

Some family recipes and Detroit specials have been thrown into the mix, too.

“We've got these items called Naani's,” Nik says, almost frothing at the thought. “These are gonna knock your socks off. It's chopped chicken tenders tossed with lettuce, tomatoes and ranch, wrapped in a naan pita bread with swiss and american cheese. Oh and, bacon!”

Here's the really intriguing thing about Pop Diner, though: It's aiming to combine the going-out Dallas crowd's pre-2 a.m. and post-2 a.m. draw into a single thing.

And, with a location like the one they've landed — and a bar that stretches through half the restaurant — they might have a chance. Their idea? Crowds will start their nights at Pop Diner with a round of shots, drink some beers to the sights of Breakfast at Tiffany's, watch a few stumblers stroll over from The Loon, get in on last call, then pop over to a booth to order that burger they've been eyeing all night. And then the cycle continues. This is, after all, a 24-hour joint.

So it's no wonder, then, that anticipation for the spot is pretty high. Back in August, Eater Dallas even named it as one of the fall season's most anticipated area restaurant openings. That opening, of course, has yet to happen.

But, the owners swear, that moment's right around the corner now.

“There's been a lot of hype about it,” Nik says of his spot and its eventual opening. “If it was up to us, we would have been open three months ago. But we would rather do it right than do it in a rush.”

In other words? They're still waiting on their liquor license and a few other things from the city before they can proceed with their opening plans. But that all is expected to fall into place in the next few weeks.

“The goal is mid-January,” Nik says. “We're just as excited as everyone else to get those doors open.” 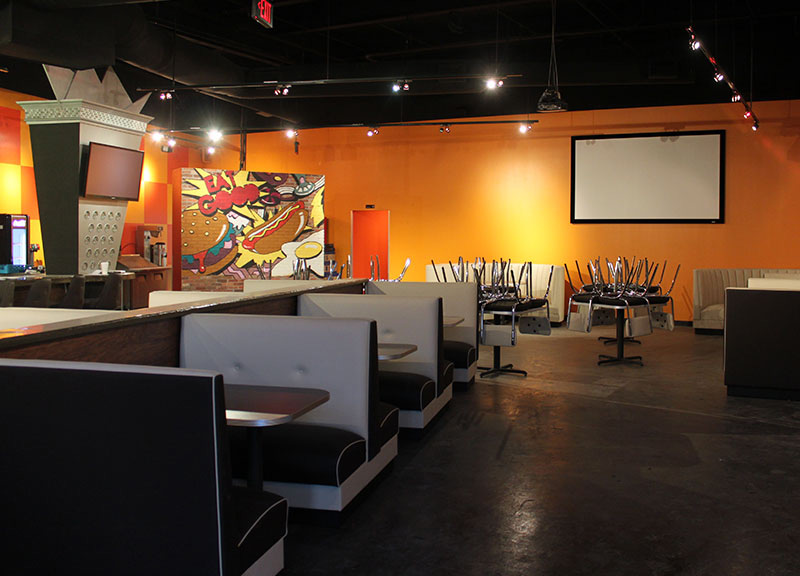 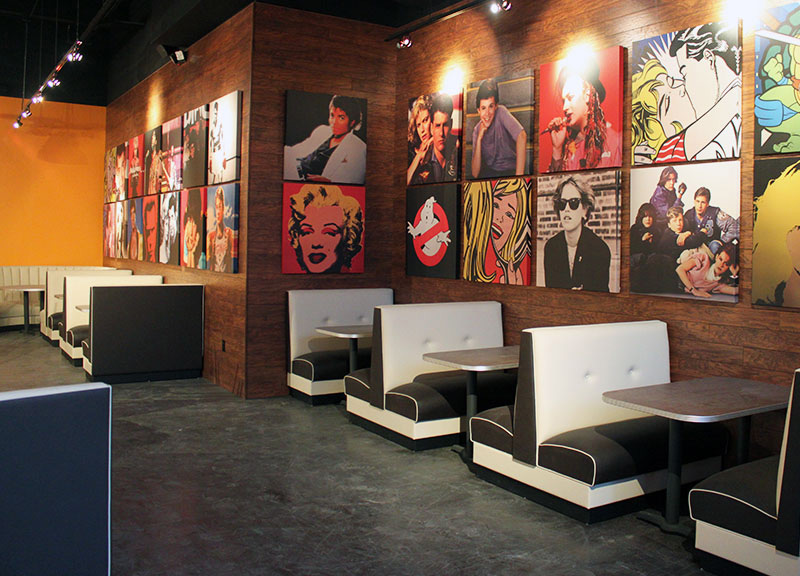 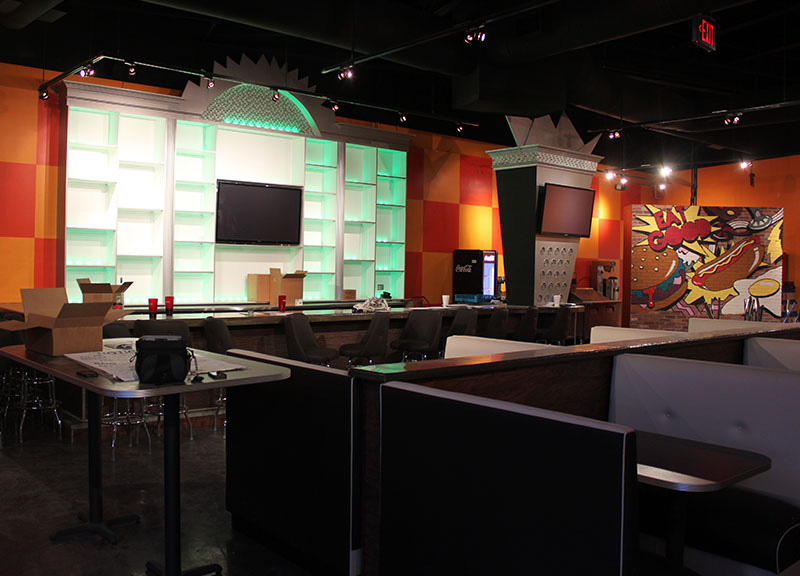 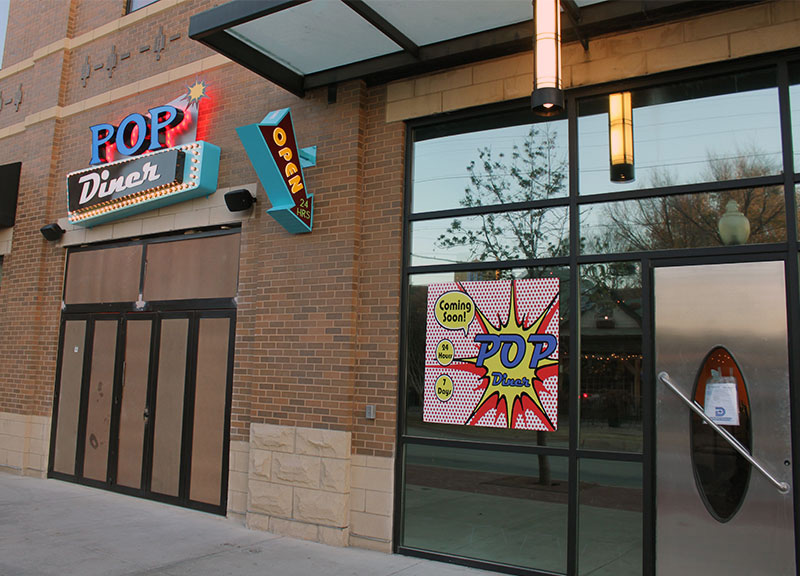