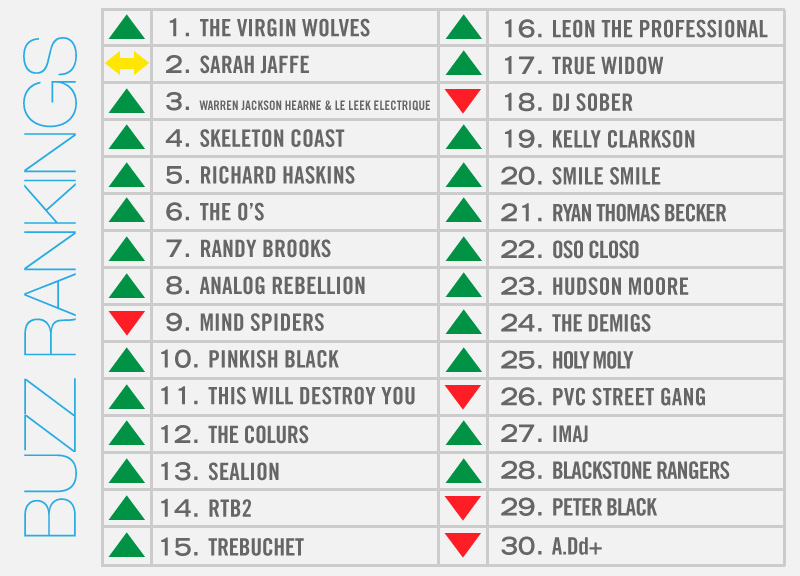 This Week, The Virgin Wolves Lead The Pack.

One of the biggest trends of 2012? The amount of bands relying on Kickstarter to help fund their albums.

And why not? The site helped make local releases like J. Charles and the Trainrobbers' Upon Leaving and Somebody's Darling's Jank City Shakedown possible.

But with every success story comes the inevitable backlash.

Both Amanda Palmer and Dallas' own The Polyphonic Spree asked their fans to cough up over 100 grand for their causes. On a much smaller scale, local favorites The O's asked for 20 grand. And, regardless of which side of the “paying known conventional artists to continue making poor decisions” debate you fall on, the fact remains that all three of these artists, in addition to hundreds of others, met their goals.

Perhaps to avoid a little of the criticism associated with the Kickstarter brand, The Virgin Wolves instead turned to fellow crowd-funding site indiegogo to help pay for their first full-length studio effort, titled Pretty Evil Thing. It may seem like the band, who haven't appeared in the rankings for quite some time, sort of came out of nowhere this week to take over the top spot.

But, hey, that's what happens when you release an album as everybody else is taking time off to visit loved ones or otherwise resting on the laurels they've accrued up to this point.

To that end, the band is finishing the year strong with a release show for their debut tomorrow night at Hailey's Club in Denton. That bill also features The Phuss, Mothership and Trebuchet, the last of whom are celebrating a new release as well.

In addition to the new album, The Virgin Wolves also just released a video for their single, “Black Sheep.” Meanwhile, their disc has earned favorable reviews from both Pegasus News and the Dallas Observer's DC9 at Night, who gave the band the full-on feature treatment.

Also releasing a new video this week was Warren Jackson Hearne & Le Leek Electrique, whose clip for “Death You're So Cold” features Hearne winning a drinking contest with a metaphorical figure in the middle of a desert and earning himself a half-finished bottle of booze in the process. Hearne's Eleutheros! also earned a spot in our official list of the year's best local albums.

Speaking of lists: DC9 at Night, Pegasus News and Fort Worth Weekly all released their best local albums lists this week as well. Not surprisingly, Sarah Jaffe was ranked highly all around. So, too, were Pinkish Black and Mind Spiders. Somebody's Darling, Blackstone Rangers, Skeleton Coast appeared on multiple lists as well.

Elsewhere, Wee-Beasties frontman Richard Haskins, who made the rankings last week after an attempted bank robbery, was given an in-depth profile in the Observer, and Randy Brooks, the local who penned “Grandma Got Run Over By a Reindeer,” took part in a rather insightful Q&A on the DC9 at Night blog.

Meanwhile, The Colurs, along with full orchestra, made a rare appearance last weekend at Hailey's. And Sealion, who opened up for Turbo Fruits over the weekend, will also be opening up for Japanther at Double Wide next week.