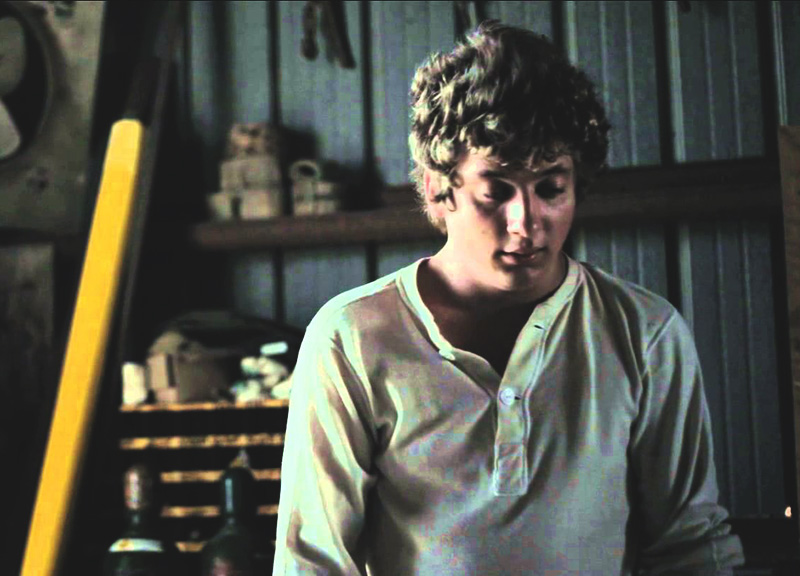 The Good, The Bad and The Just Plain Weird From The 2014 Dallas International Film Festival.

One man reviewing a whole film festival? All by his lonesome? That's not an easy assignment, folks.

And credit to James Faust, artistic director for the 2014 Dallas International Film Festival, which just wrapped its 11-day run this past Sunday: This year's film offerings only made my job even harder. Long story short, DIFF's programming this year was just really solid. From favorites at other fests and world premieres to Texas-made features and thoughtful re-screenings of long-established classics, there were more than enough great movies at this year's DIFF worth gushing about as you walked out of one screening and got in line for the next.

But enough of my babbling, right? Let's just take a look back at the festival that was, highlighting the good, the bad, and the just plain weird from yet another overall successful DIFF.

We Gotta Get Out of This Place.
Written by Dutch Southern.
Directed by Simon and Zeke Hawkins.
Undoubtedly, We Gotta Get Out of This Place was one of the bigger sleeper hits of this year's festival. Sure, it had already screened at five other festivals before playing at DIFF, but, surprisingly, it didn't come into this affair surrounded by too much buzz. Too bad, as this one's worth some love. Granted the set-up is something you've seen before — so-and-so screwed over That Guy and now people in the wrong place at the wrong time have to fix the situation by stealing more money from a big, badder That Guy — but what makes this one stand out is the film’s antagonist, played by Mark Pellegrino. There's just something extremely terrifying about a villain who doesn't operate by the norm and wants to set the world on fire — a lesson learned, no doubt, from Heath Ledger's Joker. Regardless: Mark Pellegrino's Giff is a badass, and, with this role, he's elevated himself into this hall-of-fame bad guy levels.

Hellion.
Written and Directed by Kat Candler.
Writer/director Kat Candler has an affinity for chaos. Here’s a little backstory: Back in 2012, she made a short called Hellion, which, as you can see, is now, a feature-length film; and, moreover, one that earned a lot of praise at its Sundance premiere. Also in 2012, she made another short called Black Metal, which actually screened at DIFF last year. That one, a dark film about the effects on a metal singer after a student kills someone to honor a black metal band, starred Austin-based actor Jonny Mars, who also takes a starring turn in Hellion and who we're going to see a lot more of in the future. He's a knockout. Anyway: Here we are with her first feature, Hellion, a film about, as you might've guessed, a rowdy demon child who’s destroying everything in his path. His father is played by Breaking Bad's Aaron Paul. Paul's Wilson was a big troublemaker when he was younger, but he's since cleaned up his act while trying to be an honest man and father. But like father, like son, and the boy raises a lot of hell. And, even though this movie is rather simply about a little shit causing a ruckus, Hellion still packs more of an emotional punch and has more heart and energy than most any major studio film you will see this year.

Joe.
Directed by David Gordon Green.
Based on the novel by Larry Brown.
Is this going to be the year of Nicolas Cage? Is he back to making quality films? I don’t know. And, honestly, I don't think he even cares if you care. But one thing is for sure: Joe is perhaps the greatest we will ever see Cage act in. All of those Cage jokes you like to pass around the Internet? They're gonna come to a complete halt once you see him in this film. He's fantastic.

Paris, Texas.
Directed by Wim Wenders.
Written by L.M. Kit Carson.
One very cool thing about DIFF this year is that, in celebration of the 30th anniversary of Wim Wender's masterpiece Paris, Texas, the fest screened the film at the Texas Theatre in beautiful 35mm. Unfortunately, the only cast member on hand for that screening was Hunter Carson, who played the son in the film. I had high hopes Harry Dean Stanton would show up, but he didn't. Maybe he got lost in the desert on his way here? Either way: Still awesome that they screened it.

Rich Hill.
Directed by Andrew Droz Palermo and Tracy Droz Tragos.
I saw Rich Hill at Sundance and it floored me there. So, no surprise, it was one of the big hits at DIFF, too. Basically, it’s kind of like a real-life Hellion, a documentary that tells the tale of a bunch of underprivileged kids living on the poor side of the tracks in a town where frivolous judgments are made all too frequently. The most heartbreaking thing about this film, though, is the parents. They're far worse than their kids. The way they raise them is just as filthy as their nasty and polluted houses. But this film has a silver lining in that it highlights the fact that some of the kids really do have the right mindset; they just want out of their ugly lifestyle and to do something good in the world. This one will hit you in the feels.

Child of God.
Co-written and Directed by James Franco.
Based on the novel by Cormac McCarthy.
There are better Cormac McCarthy books than Child of God. And there are better directors than James Franco. Still, this one somehow got made — the film adaptation of the Pulitzer Prize winning author’s novel about an uncivilized and uneducated vagrant who wanders the woods after losing his home. The lead's ragged and uncouth and always looks at the horrible side of life. Pissed off and bored, he goes on a path of carnage you wouldn't believe. And, to his credit, lead actor Scott Haze is great in it. He's fierce and menacing, and his Oscar-caliber performance is going to make him a star in Hollywood once this film makes its rounds. But Franco, an otherwise smart and talented guy, just has too much going on in his career, and the atmosphere and mood he lends this film leads me to believe he gave it very little attention. As a director, the guy's lazy and arrogant. Child of God is extremely colorful — as a failure.

R100.
Co-written and Directed by Hitoshi Matsumoto.
You need to be on a lot of acid or shrooms to enjoy — and perhaps understand — this one. Still, I have to hand it to director Hitoshi Matsumoto (Big Man Japan). Before its release, the guy did a fine job keep this film's subject a secret. It's weird, though: The title card doesn't even appear in the film until a good 40 minutes in. A friendly tip: If you even want to know what this film is about, you have to stick it out to the very kooky end. But, even then, it’s going to be a challenge explaining to your pals what you just saw. Just know this: R100 is a reference to the Japanese film industry's rating system — R18+ is the highest (referring to audiences 18-years-old and older) — and R100 is Matsumoto's clever little way of letting the audience know that he's going to push the boundaries as far as he can. He does: R100 is mean-spirited, disgusting, bizarre, and perhaps the only film in history where a guy gets off from an overweight woman spitting loogies on him. Yeah, it's weird. But, hey, props to DIFF for embracing that. 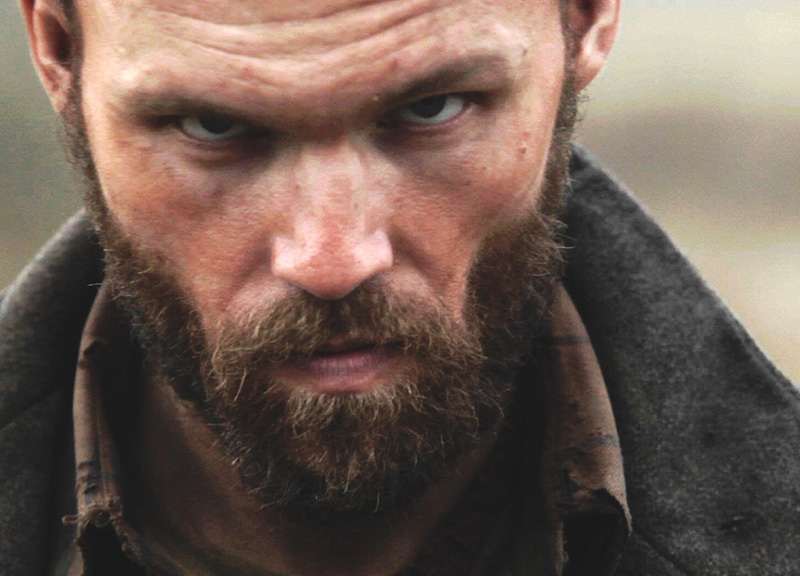 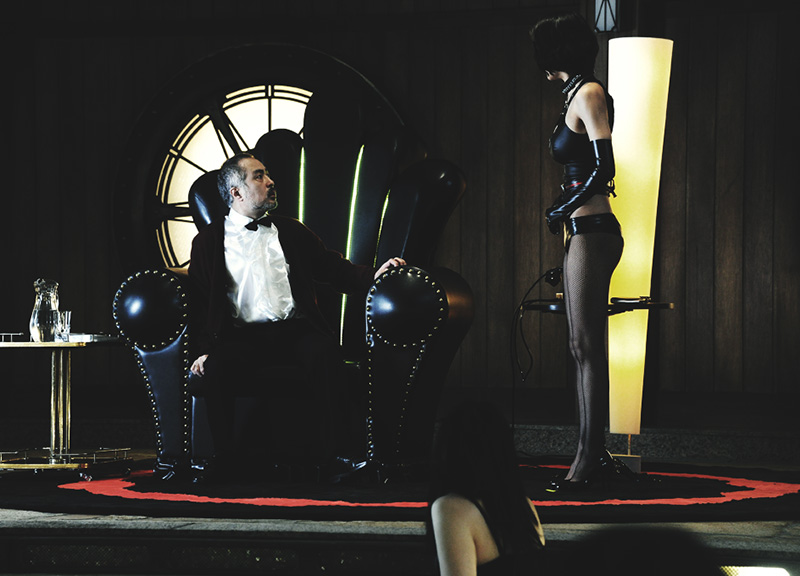