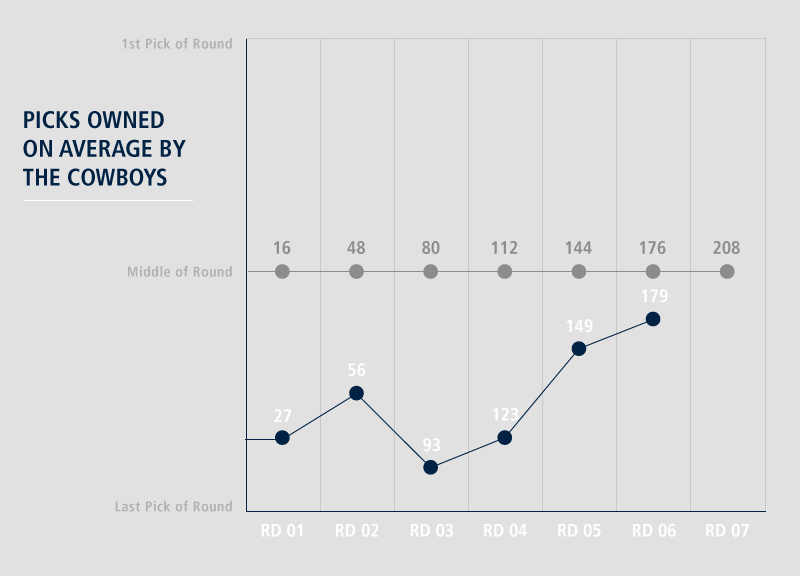 Six weeks from now, the Dallas Cowboys' top brass will funnel into their draft dungeon. And, with them, they'll bring along some highly researched spreadsheets on draftable players, all in preparation for their scheduled 16th pick in what is anticipated to be an extremely deep NFL Draft.

We know this: A series of healthy drafts can set your team up for a Super Bowl (see: Seahawks, Seattle); a barren draft can send your franchise tailspinning into the NFL dumpster (see: Raiders, Oakland).

While the Dallas Cowboys aren't necessarily the single worst talent acquisition team in the league, they definitely aren't good at it, either.

Draft picks are currency when you're building a team. So, here, we've compiled a money map of how the Dallas Cowboys spend their draft picks.

The first step is to determine a sample size. Where do you want to begin tallying players from? Which drafts are contributing to the 8-8 factory that this organization has become? It seemed pretty simple to us that start with the 2007 draft. Why? Well, because the Cowboys' currently roster boasts zero players from any draft prior to 2007, with Jason Witten being the lone exception, having been selected in the 2003 draft.

It boils down to seven drafts and a pool of 54 players. And, as expected, this information's not much of an encouraging sight.

But, hey, we've presented it in the form of an infographic! And that's fun, right? 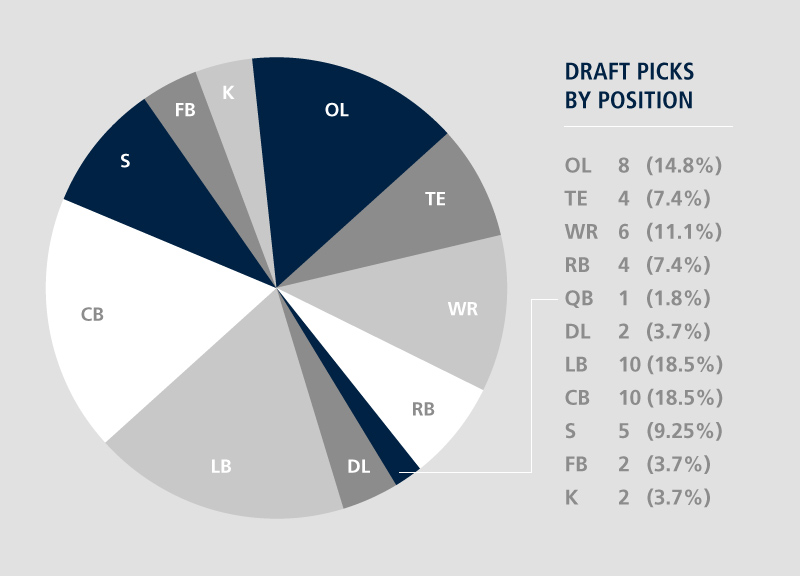 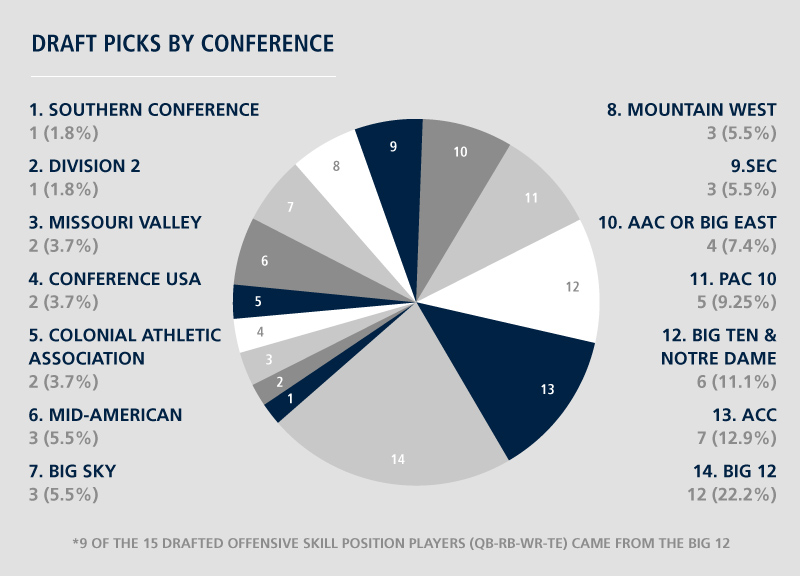 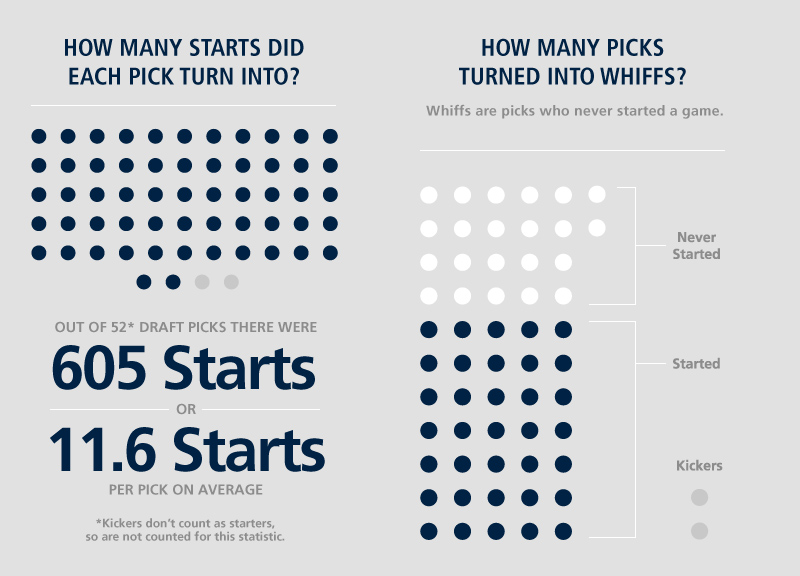 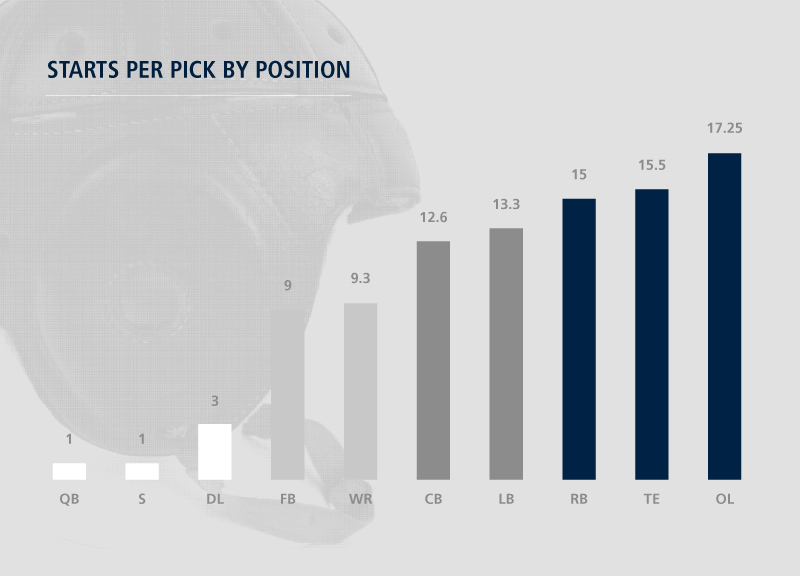 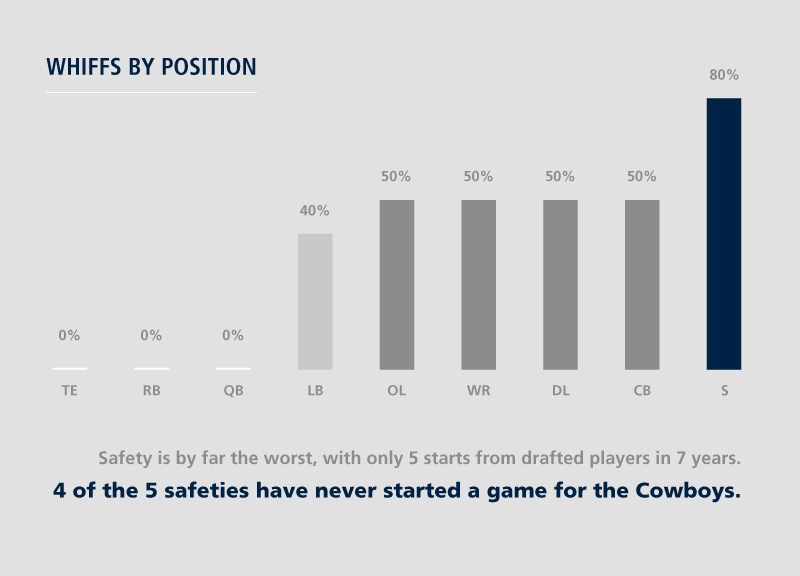 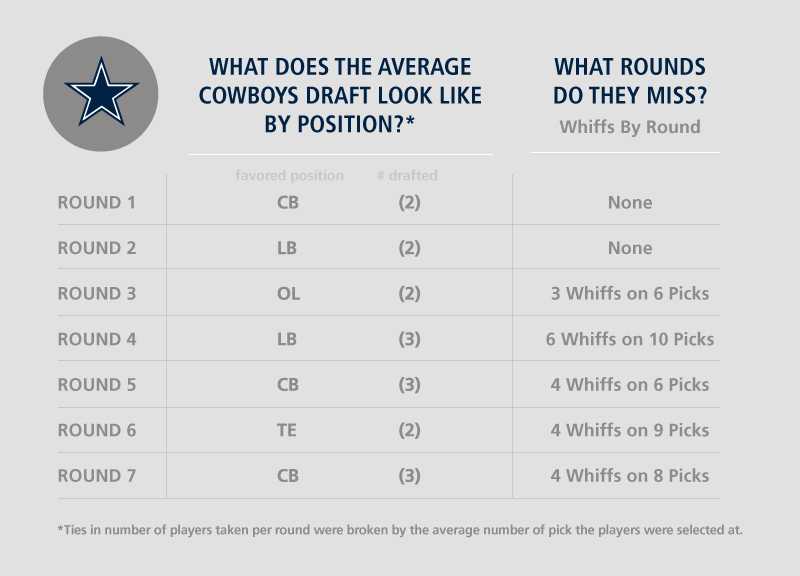 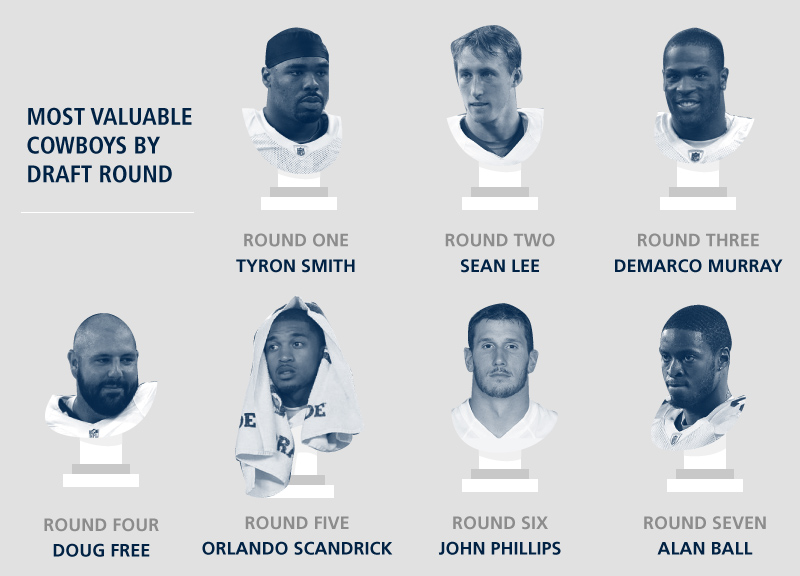