Paved Paradise: A Look at Dallas, Then and Now. 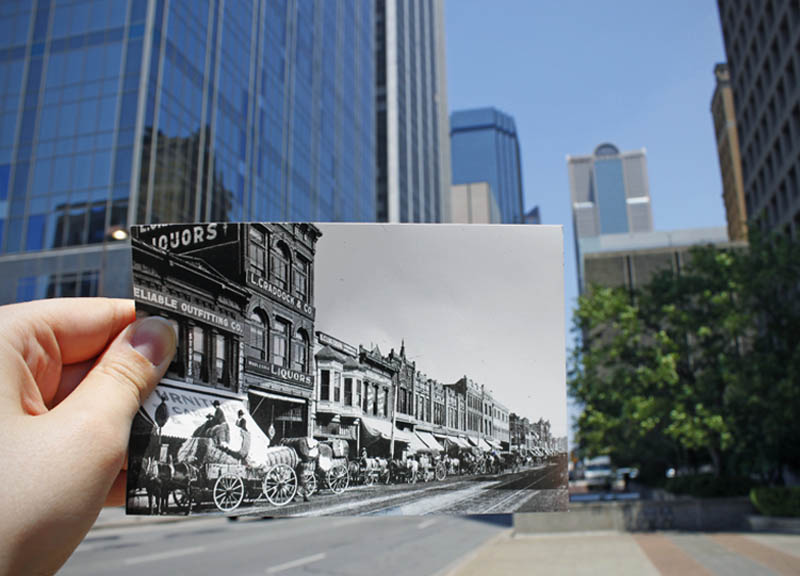 A Comparative, Photographic Look At How The City Of Dallas Has Changed Through The Years.

It’s crazy to think that, after living in Dallas my entire life, I barely know anything about this city’s history. I don’t think I’m not alone in this matter, either. I think most people are like me.

We don’t necessarily realize that this town happens to be the ninth largest in the nation or that it’s been around for almost 200 years. Or, I don’t know, maybe we do. But we definitely don’t take the time to think about this kind of stuff. For instance: Did you know that when the Oak Cliff Viaduct (now called the Houston Street Viaduct) was completed in 1912, it was the longest reinforced concrete structure in the world? I didn’t. And, yeah, that’s pretty cool.

It’s cool, too, to look at the ways in which the city has changed over the years. That’s something I’ve been seeing firsthand these past couple of weeks, as I’ve scrambled around the city, snapping shots of Dallas as it looks now and compared to how it looked once upon an earlier time.

The biggest similarity between the old and new photos is that a few major landmarks — like Dealey Plaza, the Old Red Courthouse and streets like Main, Elm and Commerce — indeed remain.

The horse and buggy carts? Not so much. Well, except for in the West End from time to time, I guess.

Dallas has really changed a lot in the past 100 years. See for yourself. 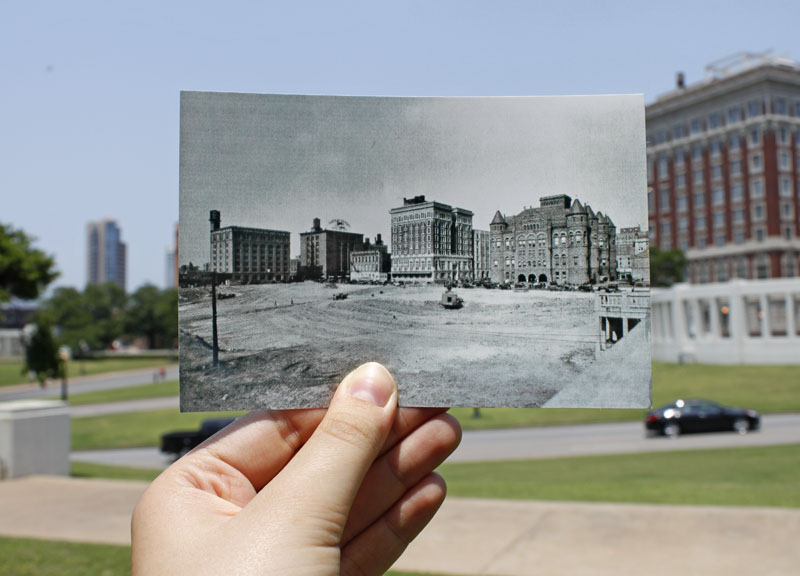 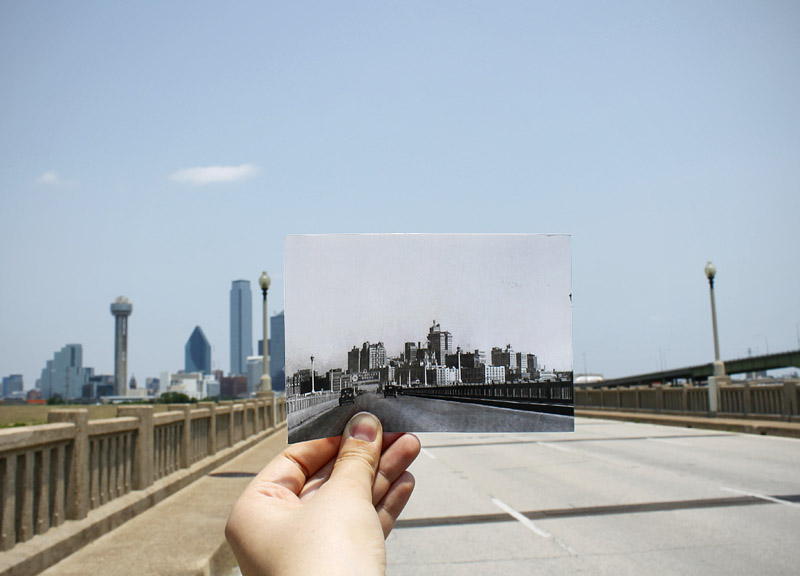 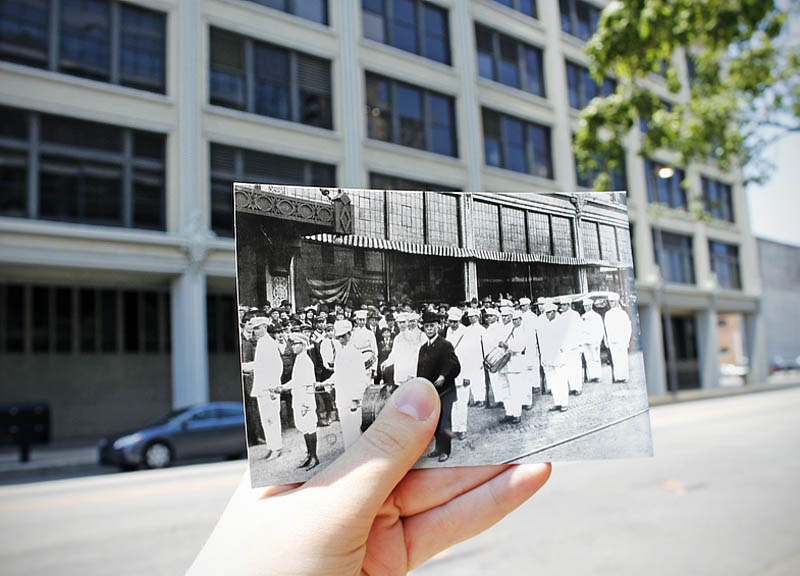 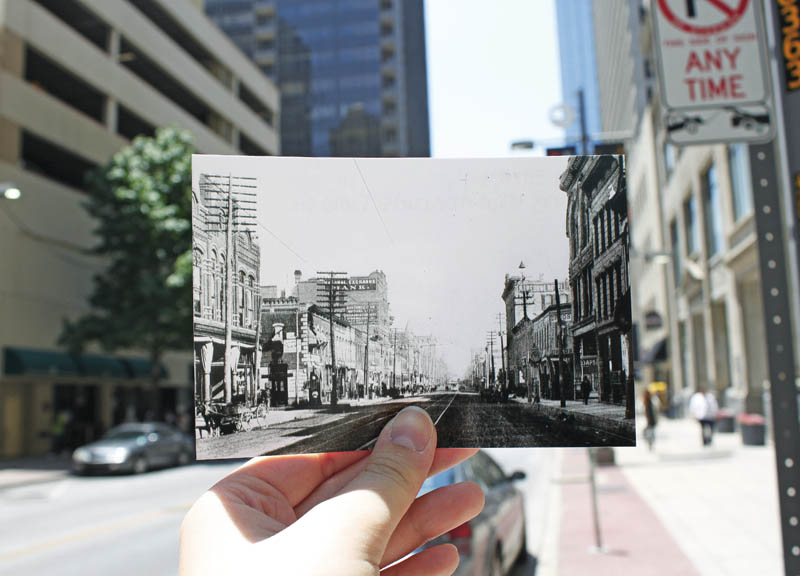 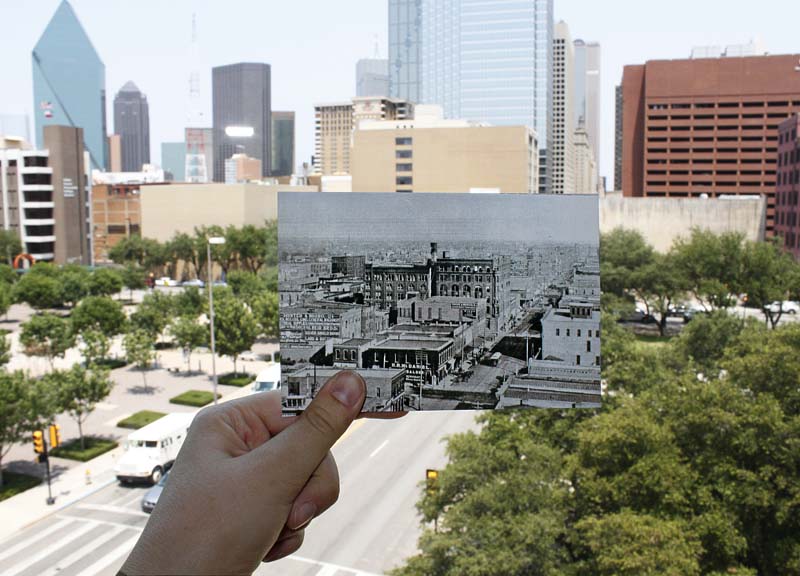