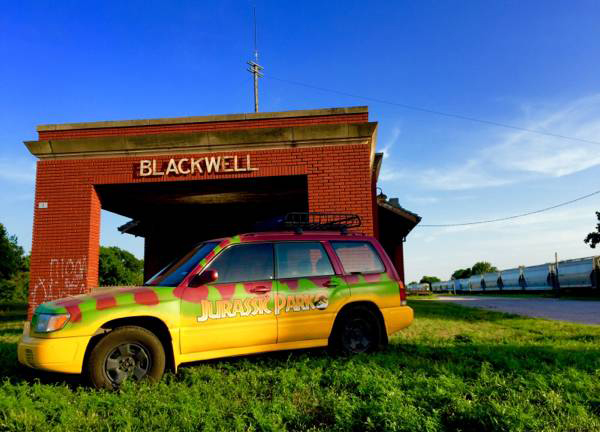 This Jurassic Park-Themed Car Can Be Yours.

Perhaps, like us, you've noticed a Jurassic Park fan wheeling around the region in a Subaru some 65 million years in the making.

It's a frequent sight on I-35W between Fort Worth and Denton, anyway.

Spotted in Fort Worth: A Subaru 65 million years in the making.

The '99 Subaru Forester is hand painted to look exactly like the cars used in the original Jurassic Park films (even though those were Jeeps). And it's totally, completely and utterly awesome.

Also, somewhat incredibly, it's for sale.

Currently, the thing's priced at $4,500, but according to an ad for the car on Craigslist, the car's owner doesn't really care if it sells or not. It's really more of an “I wonder how much I could get for it!” kind of thing.

So out of total curiosity, we got a hold of the guy behind it. His name is Brad Harris, and he uses his Subaru in his 120-mile round-trip commute for work.

“It gets plenty of wear and tear,” Harris admits.

Indeed: The car has logged over 208,000 miles on its odometer to day — although, per the ad, it's does have a new engine.

As for why he made his car look like this? Harris tells it's not because he's really a painter or anything; he's just a big fan of flexing his creative muscle.

To date, Harris tells us he's had a few offers. But, at this point, he's not yet convinced he should sell the car.

If we had to guess, though, it'll only be a matter of time before someone scoops this bad boy off the open market. After all, life always finds a way. 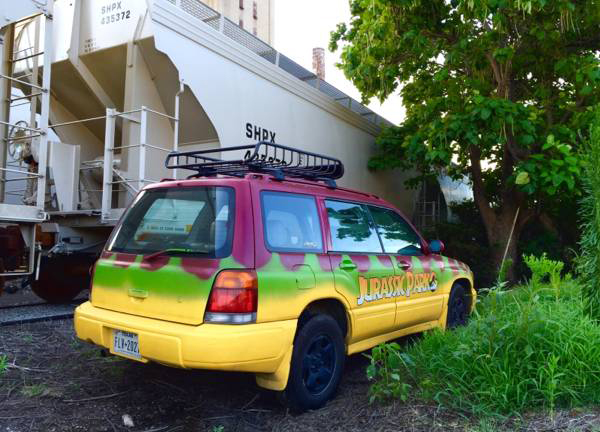 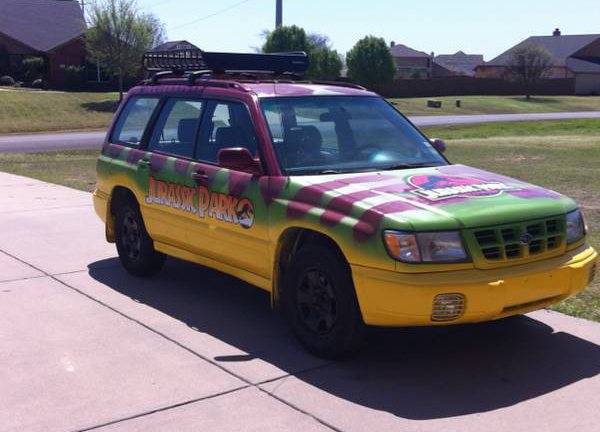