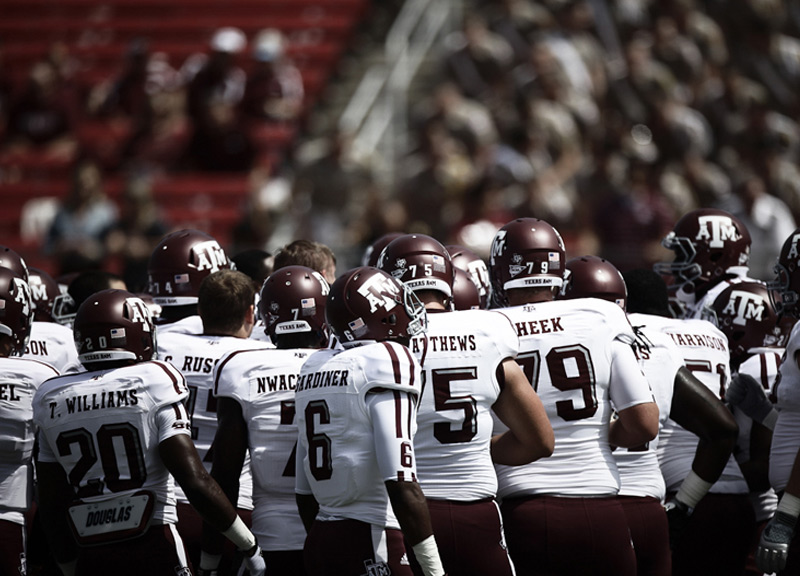 For A Second There, It Looked Like The Ponies Could Run With The Aggies. Then The Second Passed.

Lest this much wasn't already clear heading into this past weekend's match-up between the Southern Methodist University Mustangs and the Texas A&M University Aggies in University Park: A short jaunt up I-45 is nothing for Aggie fans. They flowed into Gerald J. Ford stadium as if they owned the place.

And, to be sure, their famed “12th Man” helped their defense render the Mustangs' offensive attacks ineffectual as junior Aggie defensive end DaMontre Moore led a pass rush that gave SMU quarterback Garret Gilbert and his offense trouble all afternoon.

“We just haven't been able to get into a rhythm,” Gilbert told reporters after the game. “Give credit to their defense for being able to put pressure on us. They were able to send some blitzes and do a good job of bringing more than we were able to pick up.”

The Aggies straight flattened the Mustangs on Saturday to the tune of a 48-3 whooping. Moore, a Rowlett native, had quite the hand in that, registering two of A&M's four sacks in the game after coming off of a 10-tackle, three-sack game against the University of Florida Gators last week.

“We knew they were going to get the ball out to the [running] back and we knew it was a talented offense,” Moore said in post-game comments, “so our main focus was containing the running back and having to get back there and contain Gilbert.”

For a moment there, it seemed like that might be a difficult task. The game began as a reminder of the teams' old Southwest Conference rivalry: After a quarter of '80s-style air-it-out football, both squads actually looked evenly matched. The teams were in a statistical dead heat, and it looked as if fans were in for a good game to watch.

But, in the second quarter, it quickly became apparent that — unless a blowout contends for a good game — the fans weren't going to be getting their wish. Under constant pressure, Gilbert was off-balance all game long, firing and missing at his receivers in several big-play attempts. In the first half, he had his chances to hit an open wideout either down the field or on his flank, but, instead, he either threw it ahead or behind his receivers.

“We've got speed, we're just not executing,” head SMU coach June Jones said after the game. “I think that [running back] Zach [Line] has done his job. Everybody has just got to pick it up a little bit.”

The shutout defense that Ponies fans saw last week started well enough, putting the offense in good position. Then they just ran out of gas, giving up a total of 605 yards in the game. Meanwhile, freshman A&M quarterback Johnny Manziel looked unstoppable, posting 418 combined yards. It's little wonder he was seen beaming on the sidelines after leading his offense to several touchdowns.

“I think the story of the game is how our defense played early,” Aggies head coach Kevin Sumlin said. “It kept us not only in the game, but gave us some energy too. We weren't hitting on all cylinders and couldn't hardly do anything on offense. I thought our defense played very, very well and turned it into a field position game.”

Again, that's putting things nicely. Really, the Mustangs only had two bright spots all afternoon: Senior defensive end Margus Hunt again proved himself a special teams freak of nature, registering the seventh blocked PAT of his career. That block puts him second on the NCAA's all-time list of kick blocks, as Hunt now boasts 16 career blocks between field goals and PATs. And, indeed, coach Jones was right on about Line: He rushed for 106 yards on 16 carries, registering his 10th 100-yard-game over his past 13.

Impressive feats by both players, without question.

But two rarely, if ever, stand much chance against 12. 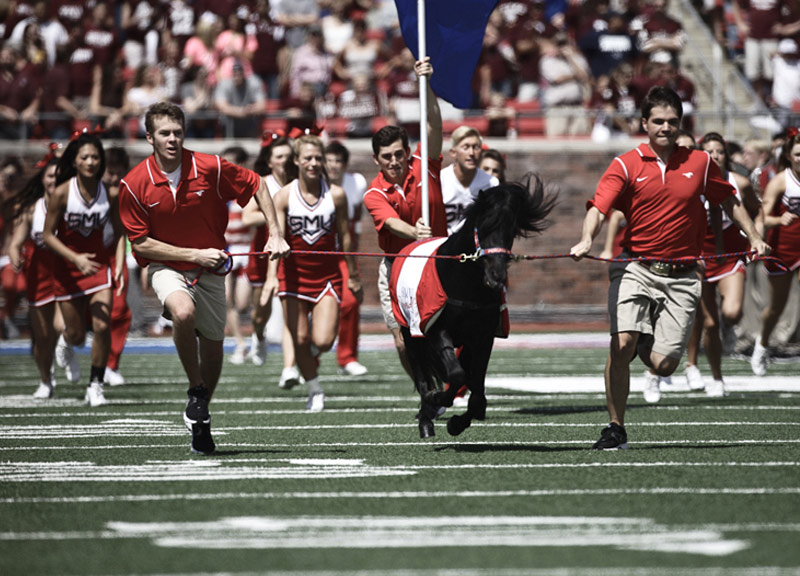 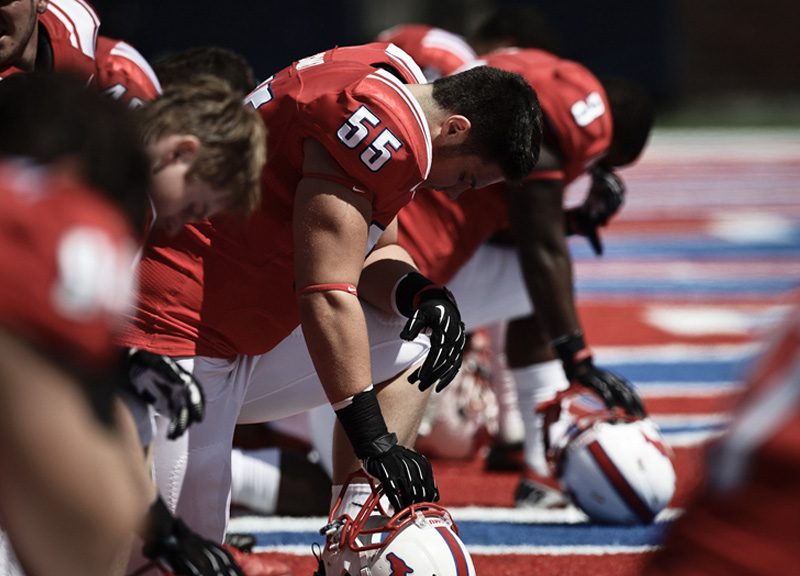 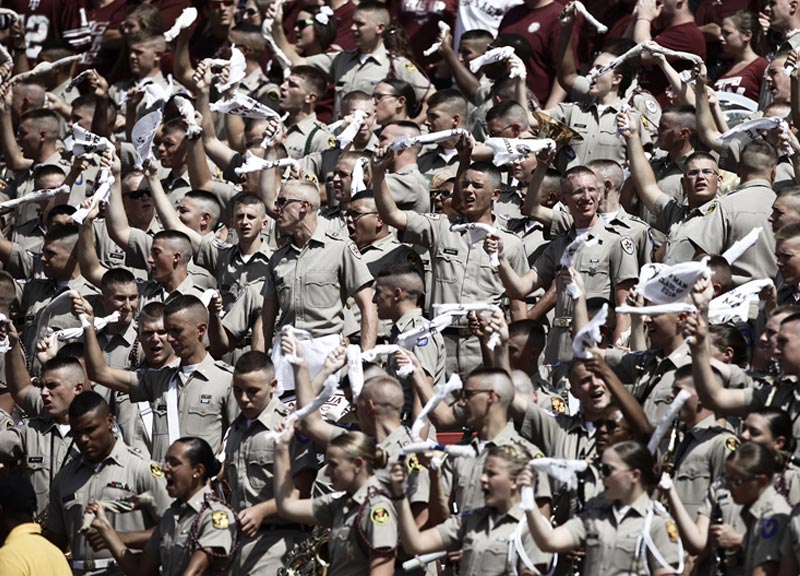 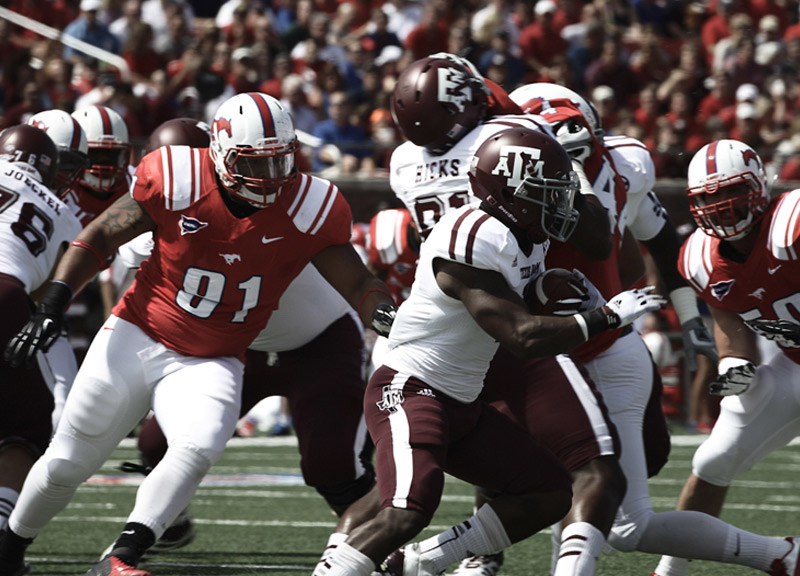 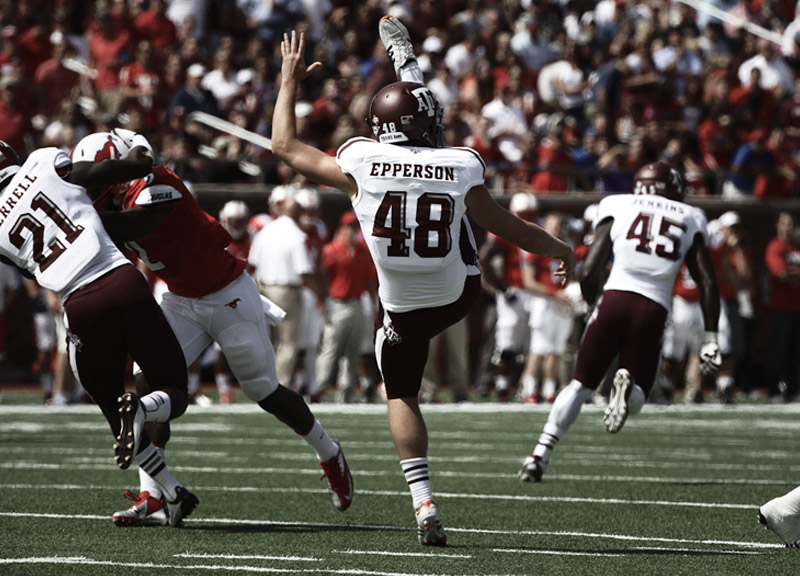 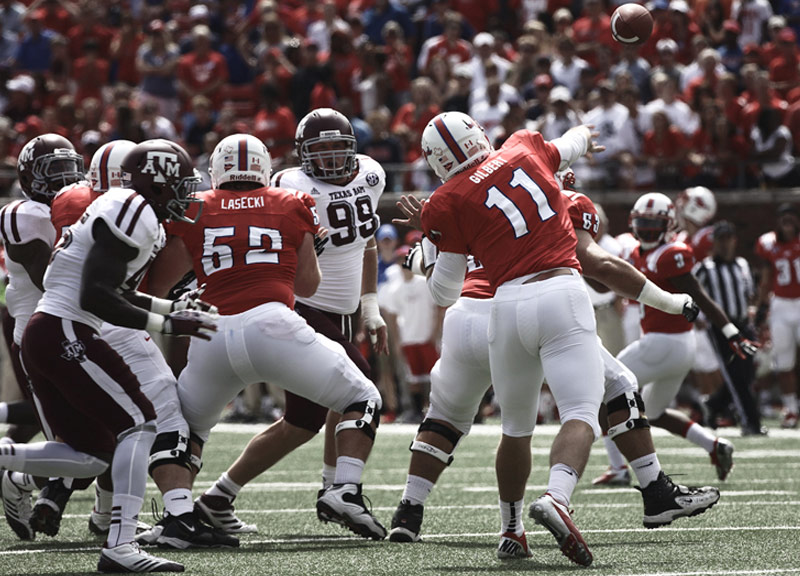 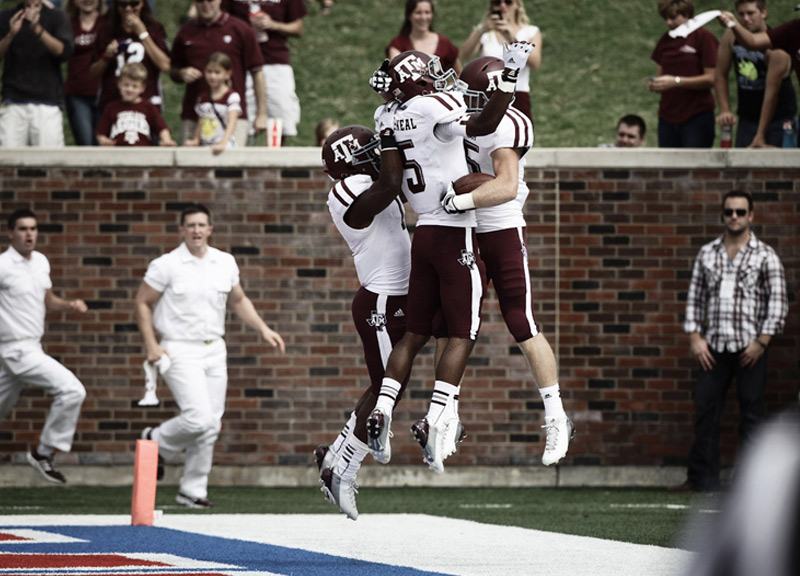 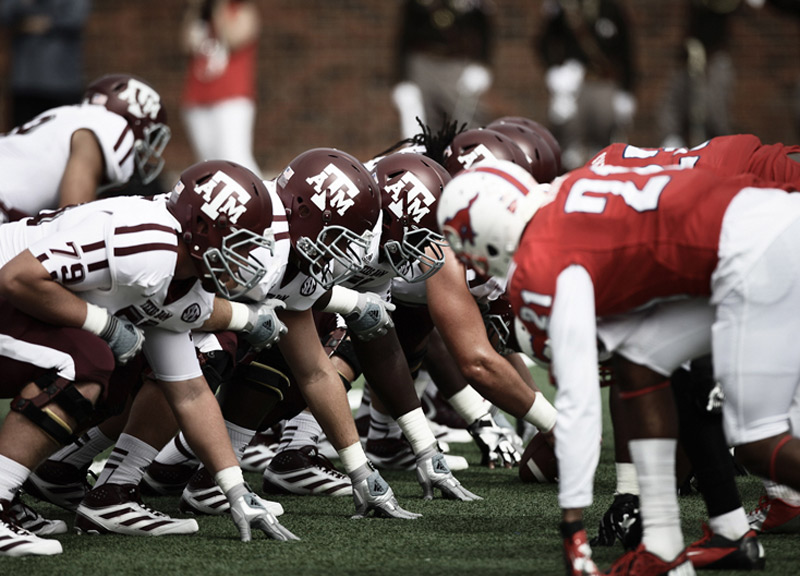 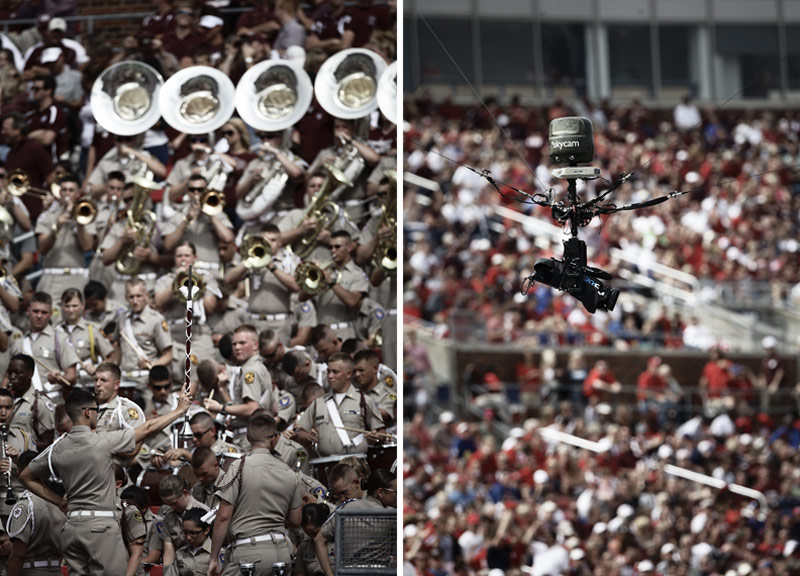 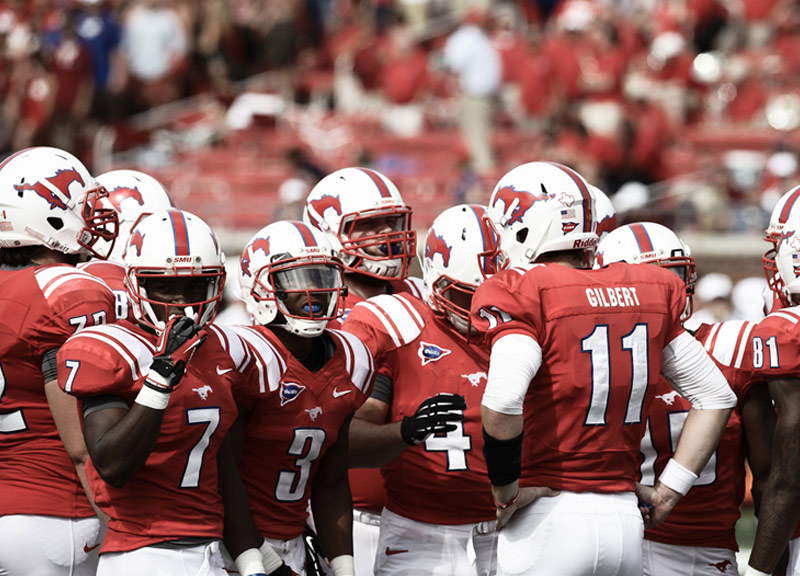 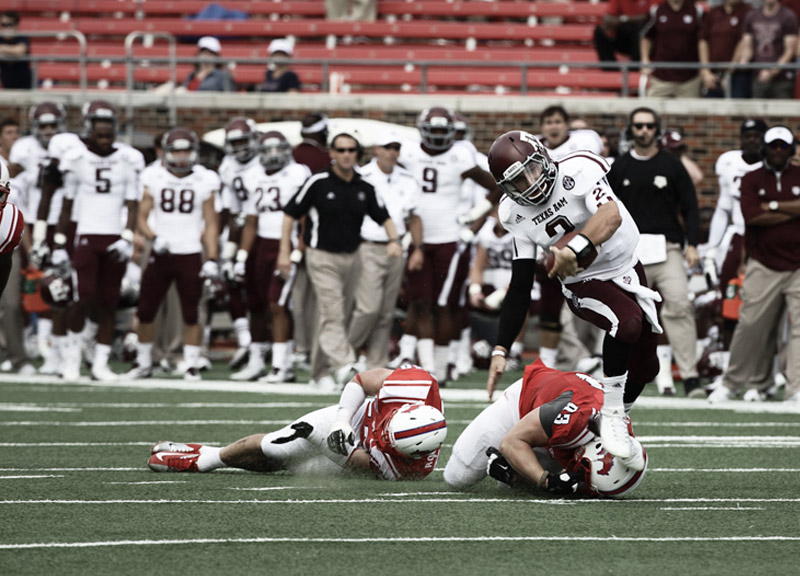 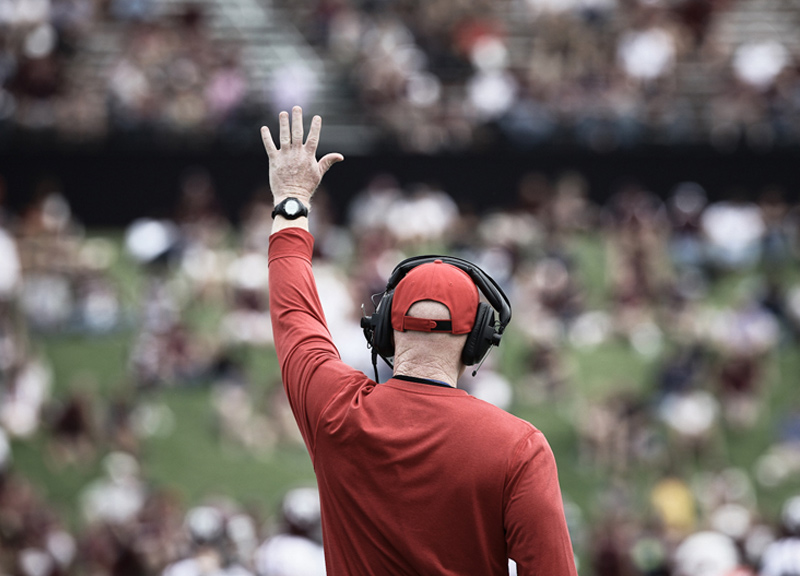 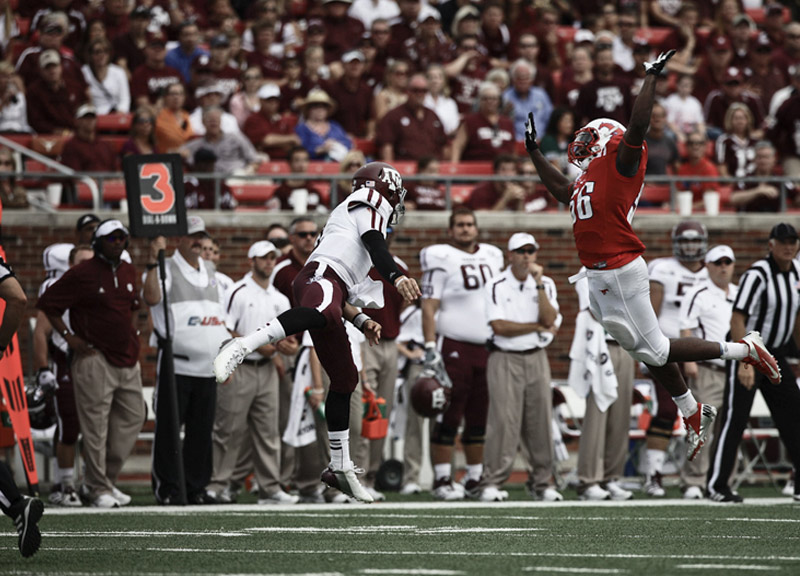 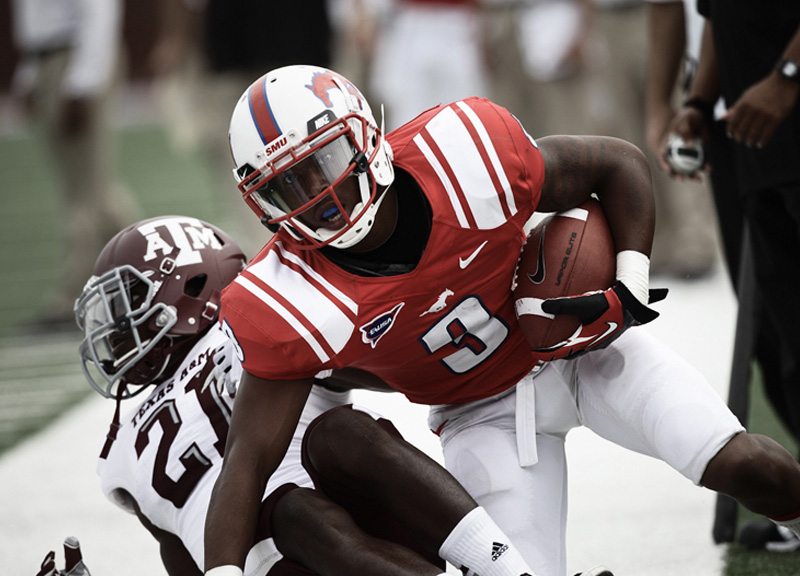 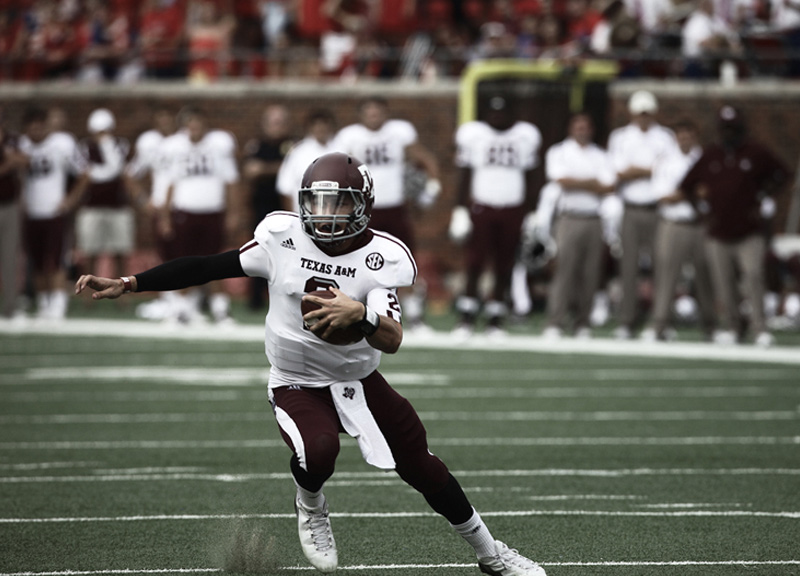 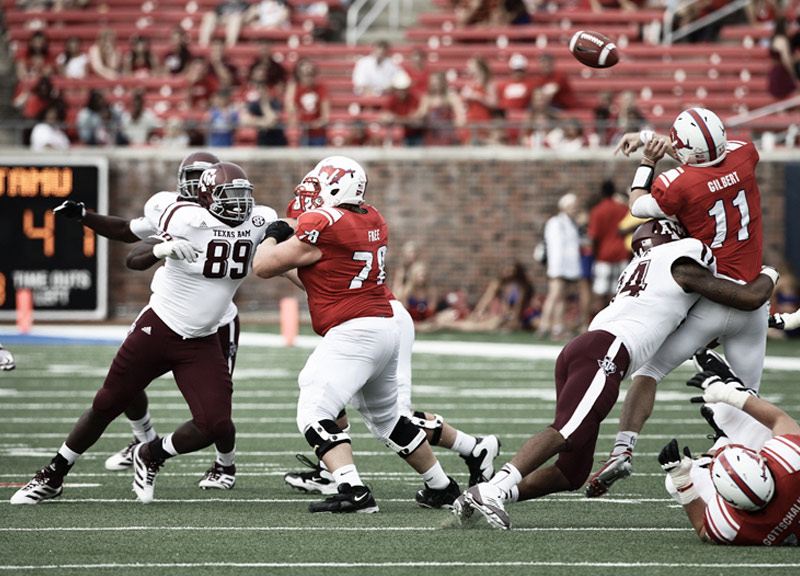 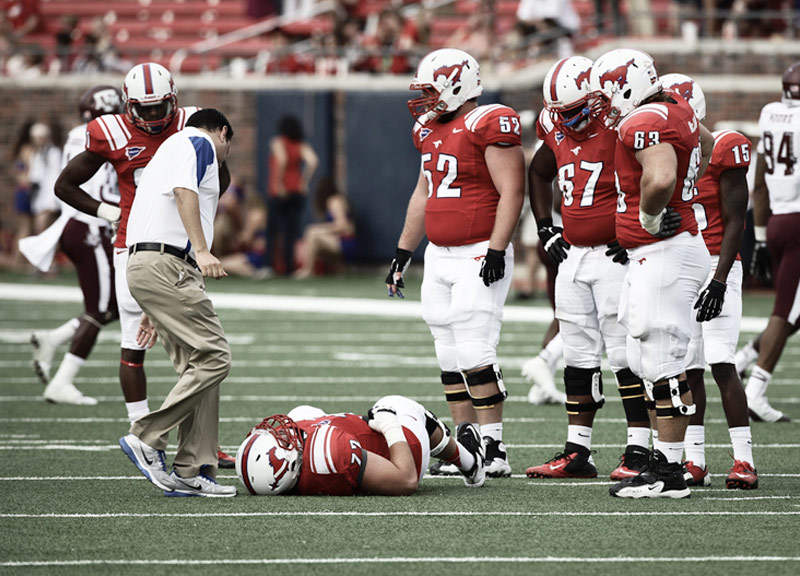 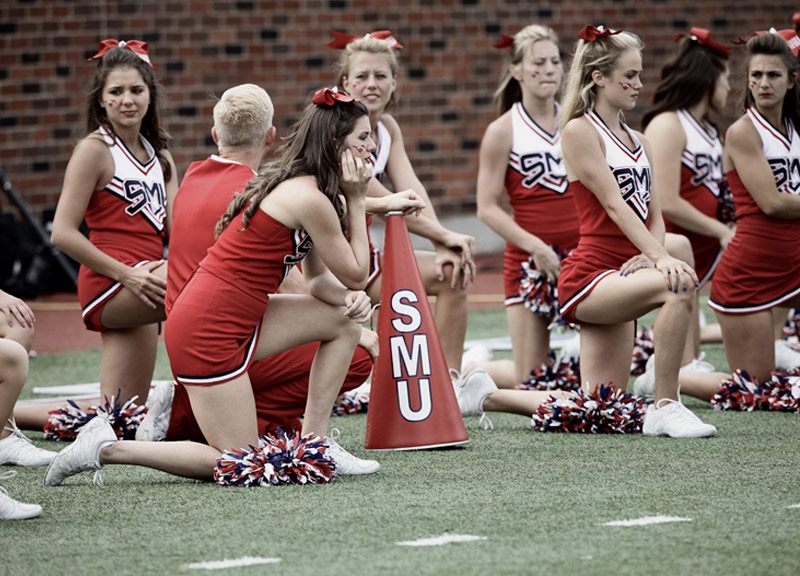