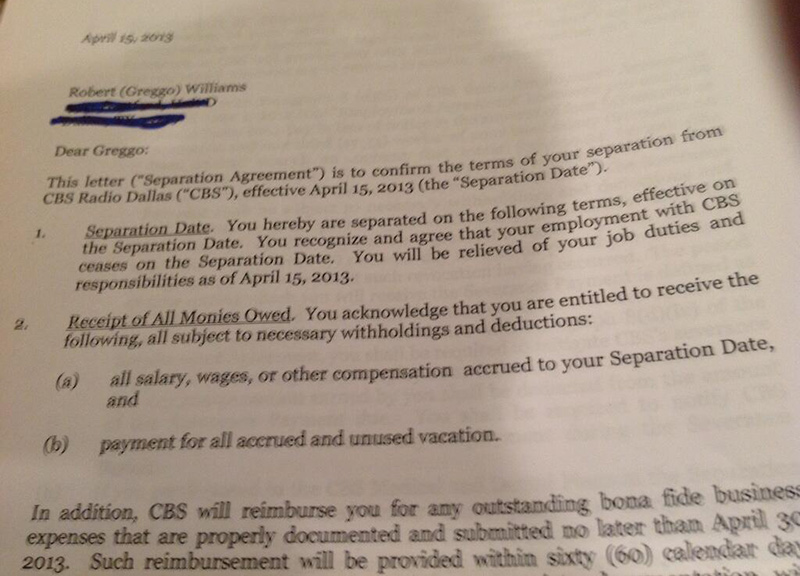 Richie and Greggo Are Out at 105.3 The Fan. Pure Speculation: Could Ben & Skin Be In?

Kind of a whopper yesterday afternoon in the local sports talk radio scene as the drivetime hosts Richie Whitt, Greg “Greggo” Williams and Sybil Summers of KRLD-FM 105.3 The Fan's “RAGE” all got the ax from station without much warning.

The reason given: Either 1.) no reason at all, if the mercurial Williams, who has now been canned from all three sports stations in town, is to be believed, or 2.) ratings, as Summers has repeatedly implied on her own Twitter feed. Given Greggo's bizarre history, we're gonna go with Summers on this one. For his part, says Whitt rather dismissively of the firing: “Radio [is] so volatile.”

Indeed. But the obvious question now is who might replace “RAGE” in its powerhouse slot. Some Internet speculation already seems to have determined a reasonable answer.

A couple months back, you may recall, “The Ben & Skin Show” mysteriously disappeared from its morning slot at KESN-FM 103.3 ESPN, when hosts Ben Rogers and Jeff “Skin” Wade couldn't agree with station hire-ups on a new contract. And, interestingly, it was Ben & Skin's similar exit three years ago as the drivetime hosts at 105.3 that paved the way for “RAGE” to even launch in the first place.

Is a return to “Ben & Skin” too obvious a move for 105.3? Maybe not, considering the fanbase growth and increased critical acclaim that the duo saw over at ESPN. And there there's this: Just yesterday morning, Rogers posted a tweet that seemed to imply that a new “Ben & Skin” show would be arriving sooner than later. Tweeted Rogers: “The newest version of our show is going to punch all previous versions square in the balls. In. The. Balls.”

Meanwhile, when approached for comment on all this speculation, Wade, normally an incredibly forthcoming source, fell silent. Meaning? Well, nothing, really. But, if someone is going to get canned as happened yesterday, we're openly hoping that it's “Ben & Skin” who get hired in their stead.

Guess we'll have to wait and see, though, as everyone else involved in the matter — potentially or not — is staying mum, just as expected, at the moment.

In the meantime, feel free to check out the below Williams-tweeted pic of his firing letter from CBS, in case you were ever curious as to what those looked like.