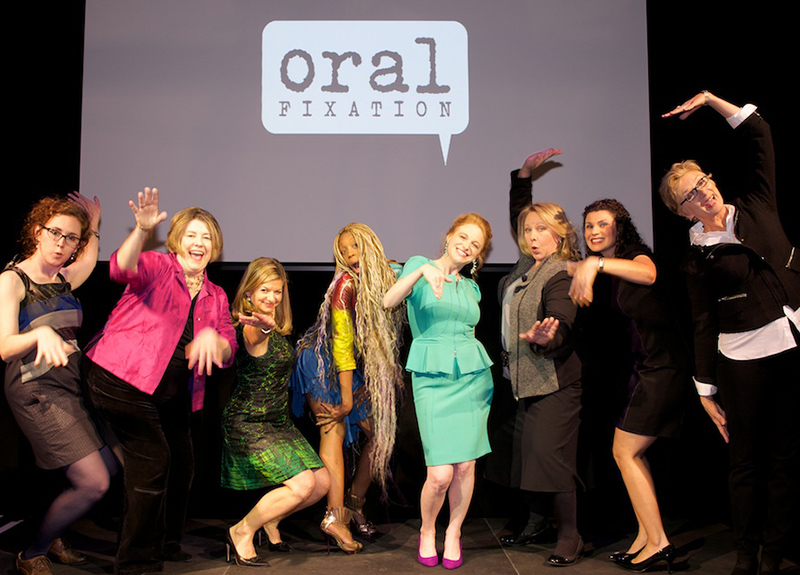 They say that everyone has a story.

And at least one person has dedicated his life to proving this concept as true. David Johnson, a journalist at the Morning Tribune in Lewiston, Idaho, made a whole career out of this notion; famously, he penned a weekly front-page column for his paper in which he profiled a person he'd find by randomly flipping through the phone book.

Locally, this notion of everyone having a story is best represented by Nicole Stewart's Oral Fixation storytelling series, which just recently entered its fourth season of showcasing Dallasites, in live settings, sharing their own tales of lessons learned through lives lived.

As the series has gone on, it's grown rather remarkably: Long removed from its once-intimate confines at the McKinney Avenue Contemporary, Oral Fixation now hosts two performances of its series each month — first at the AT&T Performing Arts Center's Wyly Theatre, then reprised a few days later at the Texas Theatre in Oak Cliff. Your next chances to see these performances for yourself will come on Wednesday, November 12, at the Texas Theatre for the second showing of the show's current “Train Wreck” theme, and then on Thursday, December 8, at the Wyly as the theme switches over to “Outside The Box.”

But you don't have to wait a minute longer to get a taste for the series as a whole. Today, I'm happy to announce that Central Track has teamed up with Oral Fixation to host the podcast of its offerings in our channels.

We hope that this partnership helps bring even more light to this remarkable, growing series — one with which we've been quite enamored for some time now.

Below, give a listen to the first go at our collaborative effort — a podcast featuring the stories shared by Monica Berry, Kendra Greene, Cheryl Norris, Pamela Stone, Emily Trube, Nayrok Udab and Sissy Block Zoller at this year's Season 4-opening “Go With The Flow” show from October 13 at the Wyly. Then head over here to subscribe to the series on iTunes.