One Foot In The Grave. 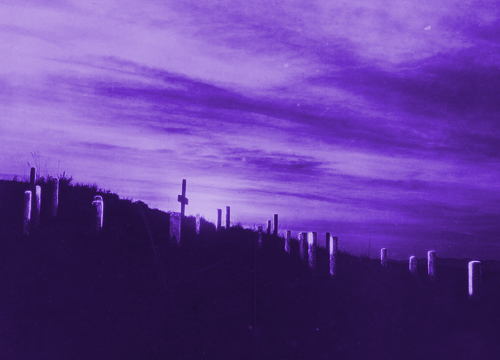 Is Trinity Groves Developing On Top Of A Burial Ground?

The Trinity Groves neighborhood in Dallas has been a popular subject of discussion for the last few years now. Seems this man-made, restaurant-filled answer to Dallas' once-prominent bridge-to-nowhere conundrum is always about to “blow up” in some form or another — and over the dead bodies of its haters at that.

And maybe literally, too. Last week, it was discovered that a 30-square-foot family grave exists on the grounds of some soon-to-be-built-upon parts of the overall development. Essentially, construction teams could be building apartments over a a few actual dead bodies — ones once belonging, reports say, to a Dallas family known as the Scotts in 1903.

Now, developers are asking a Dallas County judge if they can dig the plot up for the “removal of all human remains,” which would then be moved somewhere else.

In their defense, it hasn't exactly been fully determined if there are human remains in the ground there quite yet. Archaeologist Alan Skinner used ground-penetrating radar to see if there were any bodies still under the earth in the proposed building sites, and his tests came back inconclusive. It's possible, Skinner says, that the bodies were moved to another cemetery, but only actual digging will confirm that.

So that's what's coming next. And, developers say, if there are bodies in the soil, their asses are getting shipped to Oak Grove Cemetery in Irving, where at least one member of the Scott family is known to be buried.

“Even though it's our property, these are people and it's their resting place,” senior vice president of Trinity Groves' development Jim Reynolds told WFAA when asked about how his team plans on handling the situation. “So we want to be very sensitive in how we handle it and involve the people that need to be involved.”

Because nothing screams sensitivity like the City of Irving.