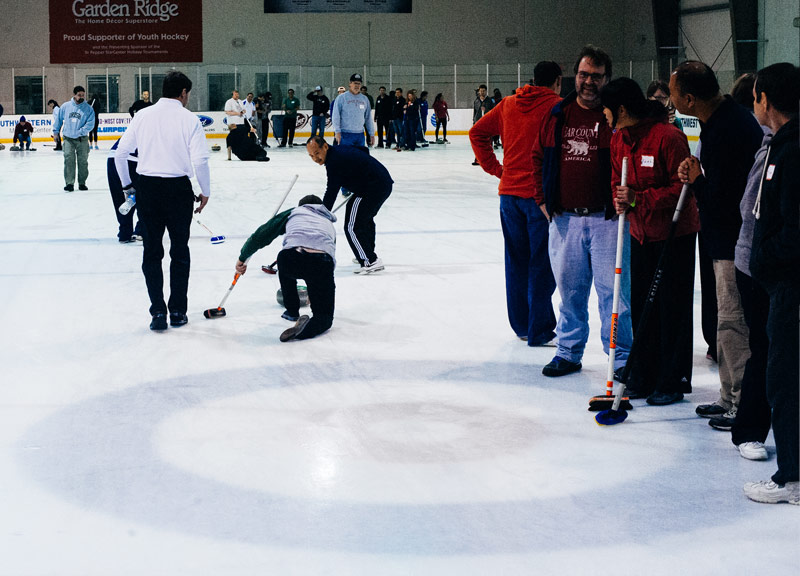 I Took A Curling Lesson. Now I Am Going To Be an Olympian.

Friends, Dallasites, my fellow Americans: I’m here today to formally announce my plans to compete as part of the U.S. men’s curling team at the Olympic Games.

Don’t worry, dear readers, who are wondering what impact my new training regimen will have on my ability to continue churning out quality columns for this site; your weekly fix of White Noise will remain wholly unaffected.

But, as I’ve recently begun seriously researching just how realistic my dreams of competing at the Olympic level in the only winter sport I can stand, I’ve discovered just how attainable they actually are. See, most members of the U.S. Olympics curling team have day jobs and just practice when they can. U.S. skip Erika Brown, for instance, is a physician’s assistant who often curls on her lunch break.

As far as the 200-plus athletes the United States sent to the Olympics this year go, the curlers are about as everyman as it gets. Hell, in the ’80s curlers were even known to smoke cigarettes during matches. Point is, there’s a reason the oldest athlete that the U.S. sent to Russia was 45-year-old women’s curler Ann Swisshelm. So even though I’m just a few weeks shy of my 30th birthday and had never before stepped foot onto the ice, I still figure I have a chance.

To that end, I headed out to Farmers Branch this past weekend to attend one of the Dallas Curling Club’s regular “Learn to Curl” classes. And when members of the club informed me that, since they were running 15 minutes behind schedule I would probably have time to drink a couple of beers before stepping on the ice, I knew I had truly found my calling. 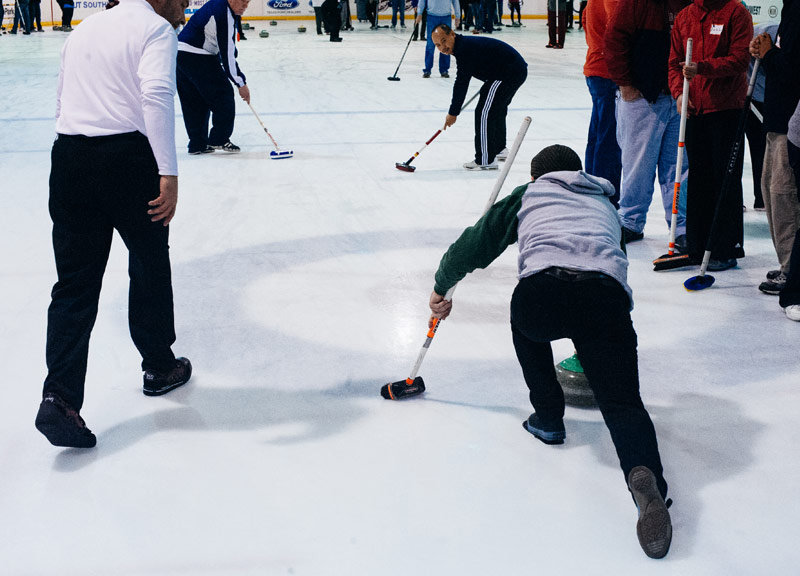 After a really brief class session about some of the rules and terminology, 80 of my nametag-wearing new teammates and I were led onto the ice to “throw rocks at houses,” which I was told was how all the cool kids describe the act of sliding curling stones towards 12-foot targets 140 or so feet down the ice. It proved to be an act both as easy as it looks — in that, similar to bowling, even the oldest, most out-of-shape among us was physically capable of sending a stone gliding down the ice — and yet impossibly more strenuous than the pros make it seem. In that the day following my lesson, I was profoundly aware of muscles I was not previously aware I had.

Turns out, actual competitive curlers will end up walking over two miles up and down the sheet over the course of a two-hour match, while at the same time sweeping the ice as hard and fast as they can. And though my own vigorous bouts of sweeping were mostly for show this past weekend, I did learn that the very best sweepers in the game can “pull a rock” up to an additional 15 feet

As for those stones that the Olympic level curlers appear to barely be touching as they send them effortlessly down the ice? Those suckers are 42 pounds of solid granite. They aren’t exactly lightweight. The fact that curling sheets are pebbled with an additional light spray of water does make the surface of the curling sheet slicker than usual. The Teflon-coated sliders one wears on their lead foot, meanwhile, makes busting one’s ass a time or two an inevitability. 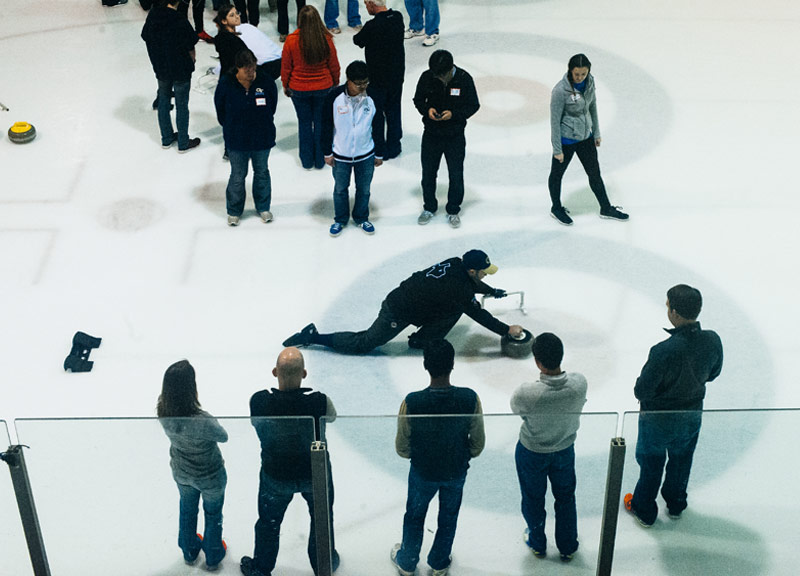 But here’s the thing: The fact that I never did manage to properly execute a flawless launch, properly curl the stone on its release, send a stone beyond the second hogline (for that one I blame the subpar sweeping of my teammates) or do anything that remotely resembled aiming did little to crush my Olympic dream.

See, unlike most every country, which cherry-picks the top curlers in the land and shoves them onto the same team, the U.S. is one of the few remaining countries that has stuck with the traditional method of sending pre-existing teams to the Olympics. Meaning? All I really need to do is find three or four actual elite players to join up with and I’m as good as gold. Also working well in my favor is the fact that every curling team has an alternate player that never plays but still gets a medal if the team does well. 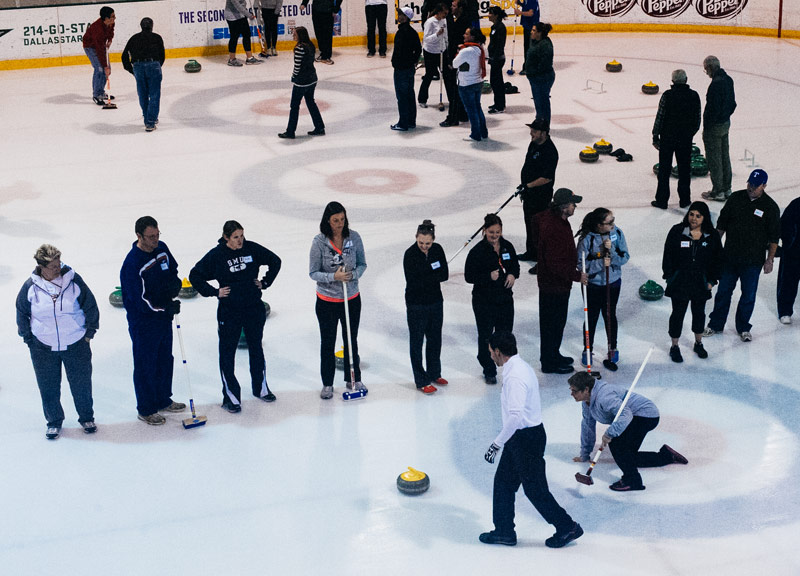 But the real reason why I know in my heart that I will be representing this great country of ours in South Korea four years from now has to do more with the longstanding post-match tradition known in the curling world as “the stacking of the brooms,” which basically just means having beers with your opponents after the fact. You better believe I can get behind any “sport” where boozing it up after the game is less a suggestion than a mandatory requirement.

So until darts becomes an official Olympic sport, I’ll be dedicating the prime of my life to the only winter sport that’s worth a damn.

Fortunately for me, Farmers Branch is close. Also? The beer at the Dr Pepper Star Center is exceptionally cheap.