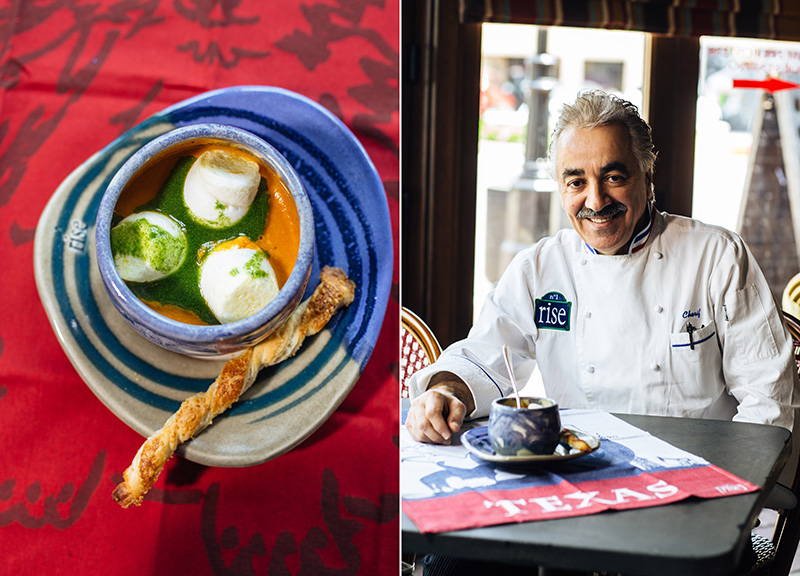 Rise No. 1’s Marshmallow Soup Doesn’t Have Real Marshmallows, But It Is A Real Soup.

If you ever hear mention of a dish called marshmallow soup, there’s two things you need to know.

First of all, if you want the real thing, there’s only one place where you can get it.

“If you Google marshmallow soup, see what happens to you,” Hedda Dowd, owner of Rise No. 1, says with no small amount of pride. “You will only see [our] dish on the whole of Google.”

Second, know this: Those aren’t real marshmallows in there. Rather, says chef Cherif Brahmi, the soup’s creator, though those white puffs floating amidst a creamy red broth and some bright green pesto might seem like sugary confections, they are, in reality, goat cheese.

Originally, Brahmi created the dish as a way to showcase Rise’s soufflé. But a funny thing then happened: The soup became the restaurant’s most popular menu item — if only because curious diners were quick to jump on any excuse to eat “marshmallows” for dinner.

Similarly curious, we recently caught up with Brahmi and Dowd to find out more about the dish.

OK, first and foremost: How did you come up with this marshmallow soup concept?
Brahmi: “I was experimenting with a small soufflé, and I wanted to make a soup for the winter. I thought about doing a tomato basil soup, and, at the same time, I was making some mini goat cheese soufflé. As soon as they popped out of the oven, I looked at them and said, ‘Gee, they look like marshmallows!’ That’s how I connected the name. I wanted to put it on top of the soup — to be floating. And when I looked at them, they just looked like marshmallows. That’s why I called it marshmallow soup.”
Dowd: “He was on his bike when he thought of it!”

What are some of the biggest misconceptions people have about the dish?
Brahmi: “It’s not actually marshmallow. It’s not even sweet. When [people] see it, they say, ‘Oh yeah! You’re right, this is a much better soup.'”

When did you first introduce it on the menu?
Brahmi: “I would say probably six months after we opened. I knew it was going to be a big success because of the name. The day I came up with it, Hedda was in France. Someone told her [I] came up with marshmallow soup on the menu, and she thought, ‘Oh my god, what is he doing? Marshmallows are not French!'”
Dowd: “I leave the country, and I think [about] what’s happening to the restaurant. I was gone for three weeks, and all of a sudden, the whole thing’s gone to what? But, as it turns out, you should never doubt those that you have so much confidence in. That’s the moral to the story. It’s like an Aesop fable: You should always go with your stomach, and stick with it.”

How often is the marshmallow soup ordered?
Brahmi: “We are selling, on average, probably a hundred a day.”
Dowd: “It could be 103 degrees outside — and people walk in say they’ve got to have marshmallow soup.”

Would you say it’s one of your most popular dishes?
Brahmi: “It’s the item we sell the most on the menu. It’s the number one item.”

I know the recipe is a secret, but what can you tell me about the base of the soup?
Brahmi: “Basically, it’s tomato and carrot bisque. The marshmallows are basically a goat cheese soufflé.” 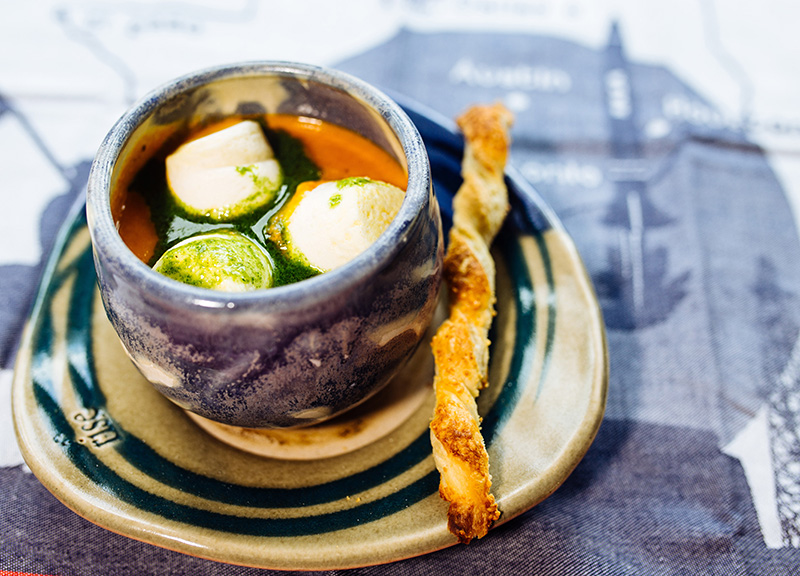 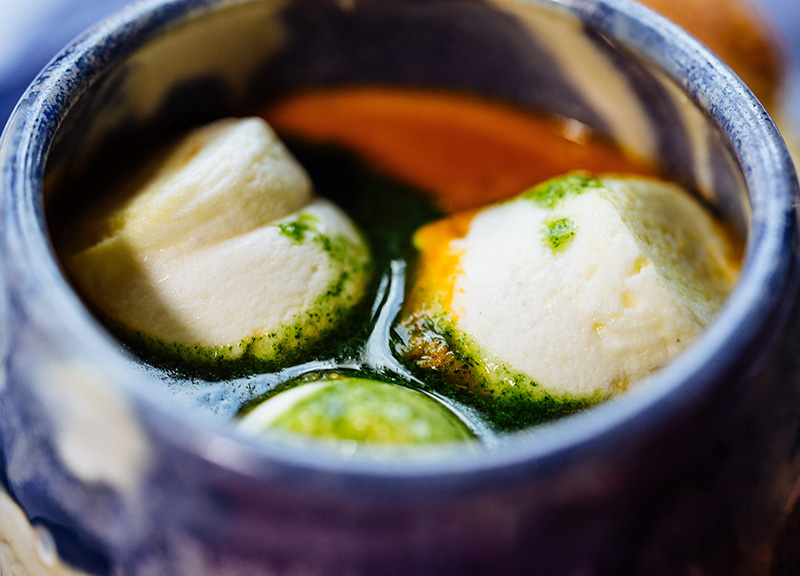 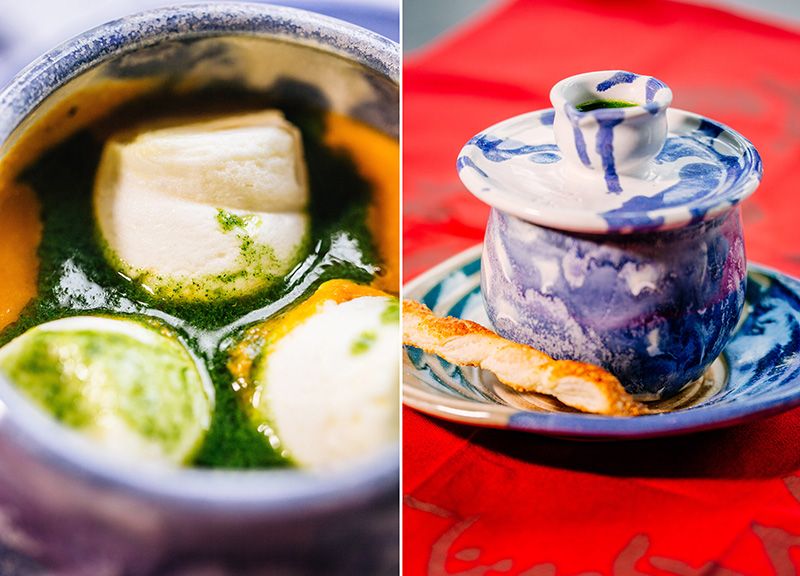 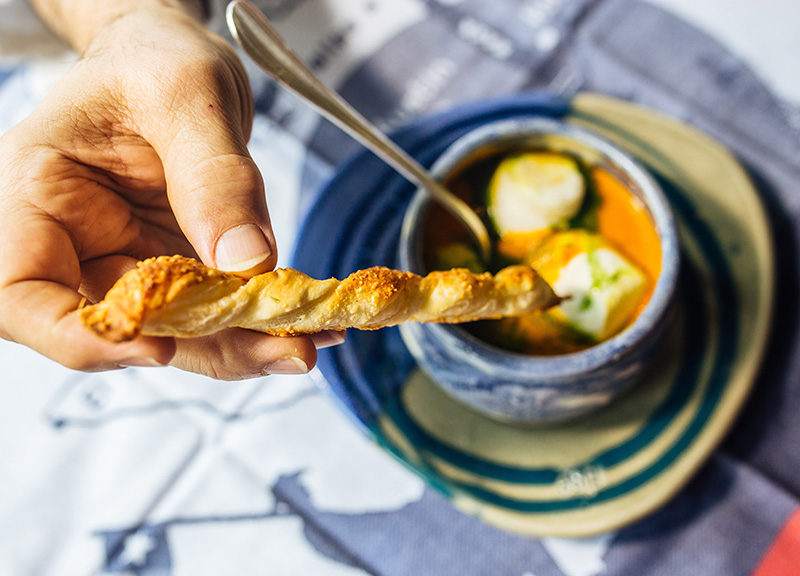 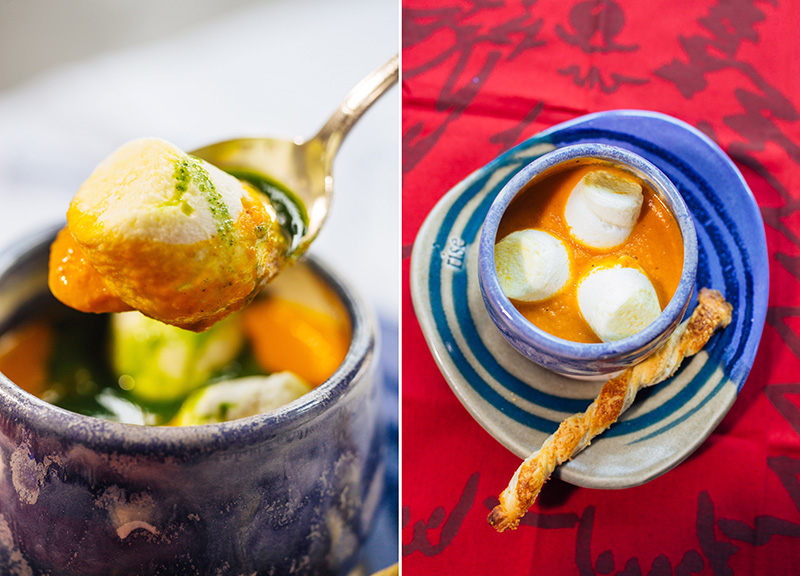 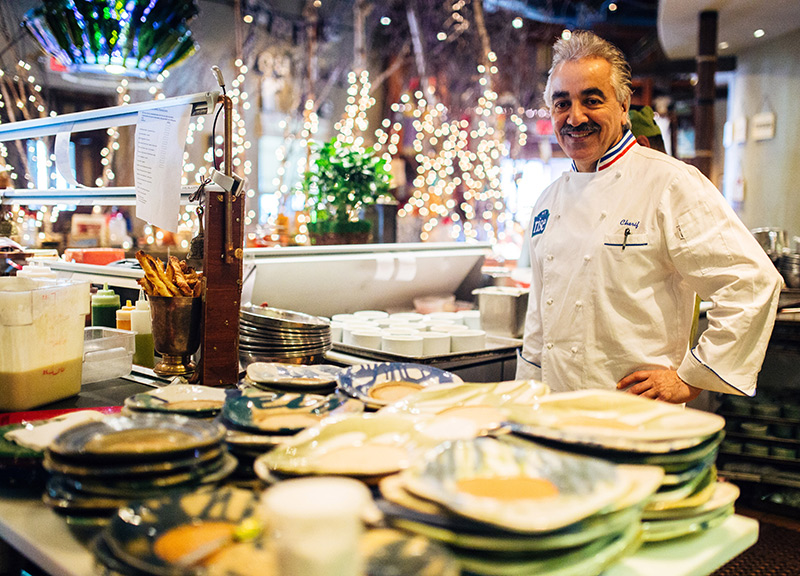