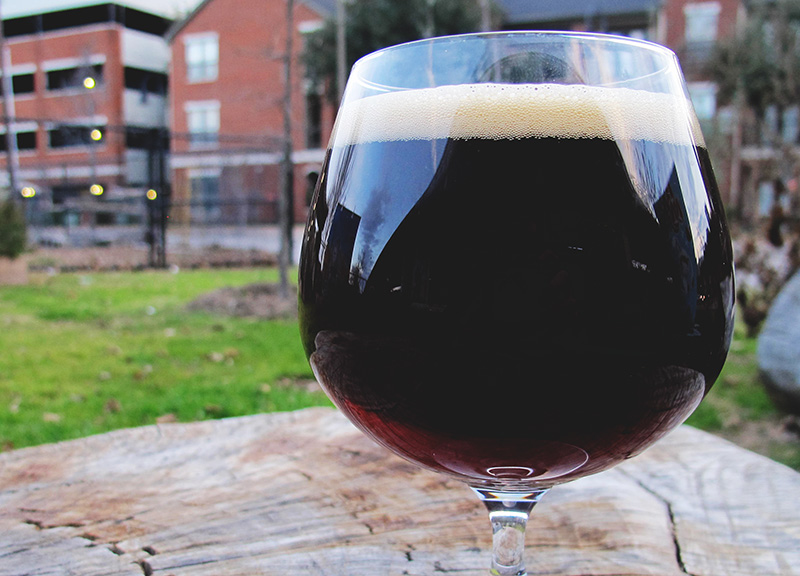 We're Not Mad About Rabbit Hole Brewing's Off With Your Red.

This week, we sipped on Rabbit Hole Brewing Company's Off With Your Red.

Overview.
Tucked away in Northern Tarrant Country, in the boot outlet town of Justin, sits a budding craft brewery with a mythological twist that may tickle your childhood funny bone. You may have seen its name and quirky signature top hat tap handles at bars and growler stations around the Metroplex. It's called Rabbit Hole Brewing Company, and the brewery just released a seasonal that threatens your imminent beheading.

The first of Rabbit Hole's “Season of Fear” series, Off With Your Red appears to be an intriguing change of pace for the brewery, and one that is sure to catch your attention. In its short-but-active history, the guys at Rabbit Hole Brewing Company, fun as their name it is, actually have a fairly serious approach to brewing, choosing to focus on underrepresented beer styles and establishing a mythos of product excellence, eccentricity and uniqueness. Rabbit Hole, more or less, stays within the confines of heritage, too, typically brewing beer that focuses heavily on a specific style, using malts, hops and yeast native to those styles. You can expect a mid to high ABV when ordering from its regular offerings.

To date, Rabbit Hole has never quite kicked up enough dust with its year-round lineup to gamble on a seasonal — not when the choosing is as plentiful as it is in Dallas. If you're a purist, a big hockey fan and or you just enjoy beer as the original creators intended, though, Rabbit Hole is a safe bet. Mike Modano's 561 German Kolsch and its Rapture Southern English Brown are both pretty great, authentic representations of their intended styles.

Today, we'll explore a beer that shares a similar label to Sierra Nevada's Flipside and Samuel Adams; Tasman Red. Knowing I may have a few, I'm taking mine to-go from Craft & Growler. Let's see how Off With Your Red holds up against these national juggernauts — and the gamut of local IPAs favorites as well.

Let's hope, for this writer's sake, anyway, that I keep my head.

Background on Red IPAs.
Off With Your Red, labeled as a Red IPA on Rabbit Hole's website, is also found labeled as an American Strong Ale and Imperial IPA on other third-party review sites. For our sake, let's call it a hybrid to be judged as a “Specialty” beer, your BJCP (Beer Judge Certification Program) catch-all category. Beers included in this category represent “American-style interpretations of European styles (e.g., hoppier, stronger, or ale versions of lagers) or other variants of traditional styles.” As long as the resulting beer tastes good and showcases the unusual approach or ingredients, the brewer is free to do what he or she wants. For an overview on specialty beers, be sure to check out our review of Brunch Money and Salsa Verde.

Appearance.
True to its name, Off With Your Red pours a near opaque, deep red, producing a tan and frothy one-finger head that dissipates quickly. Granted, I'm pouring from a growler, but I would have hoped for greater head retention as I take my first sip.

Aroma.
Off With Your Red provides pungent hop notes on the nose, with faint hints of fruit and a subtle brown sugar sweetness. You can smell the high ABV even before the first sip.

Flavor.
The beer is assertively hop-forward on the front, with notes of pine resin, dried herbs and grapefruit. There's great complexity in the hop and malt balance. Nice underlying roasted malt and caramel flavors are met by a rich, malty spine. Warm alcohol notes are noticed as well, not masked at all. Off With Your Red finishes dry and bitter.

Mouthfeel.
Off With Your Red Smooth has medium-light mouthfeel. The medium carbonation provides a pleasant, dry sensation.

Overall Impression.
As punny as it sounds, Off With Your Red is a serious beer and a warm welcome (maybe that's the alcohol?) to the brewery's Season of Fear series. Staying true to its storytelling ways, this particular series is controlled by the Red Queen and contains strong, powerful beers that are high in both ABV and IBU.

The variety of American Pacific Northwest hops are met with a rich malty backbone creates great complexity in aroma and flavor. So, no, it's not for the faint of heart. I would recommend this to a hophead friend or foe alike. To reference Lewis Carroll's charming story, “We're all mad here,” and I'm happy to see these mad hatters hard at work to give the local beer community some bold beers.

You can enjoy Rabbit Hole on draft at a heavy handful of great establishments throughout North Texas. Rabbit Hole have list tap hours on their website should you be making the trek up north of Fort Worth. If you're lucky enough to get your hands on this limited brew, just be sure to bring a designated driver, as Off With Your Red is not to be trifled with. Also: Keep your eyes out for Rabbit Hole's next limited release from its Season of Fear series, which said to be releasing in mid February. 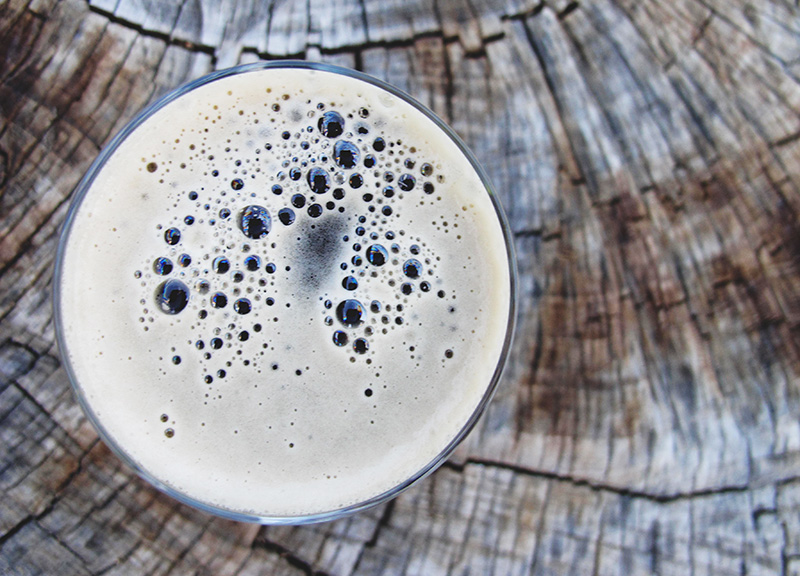 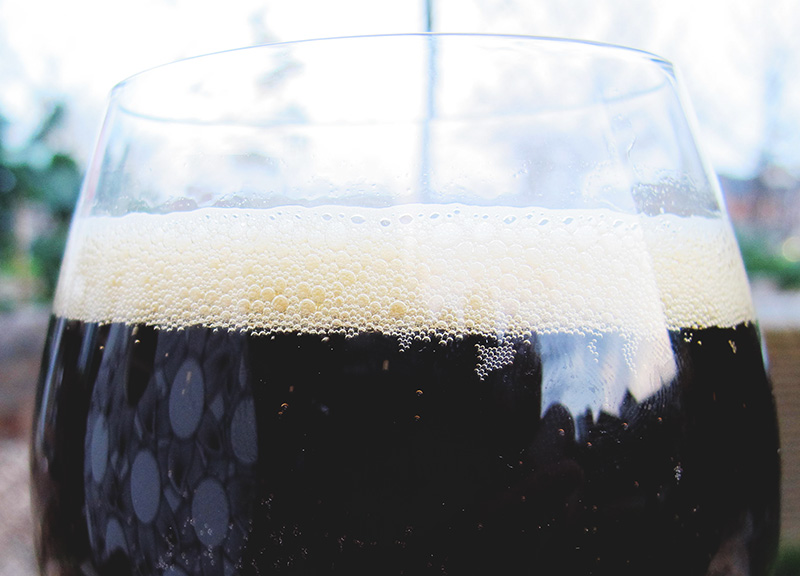 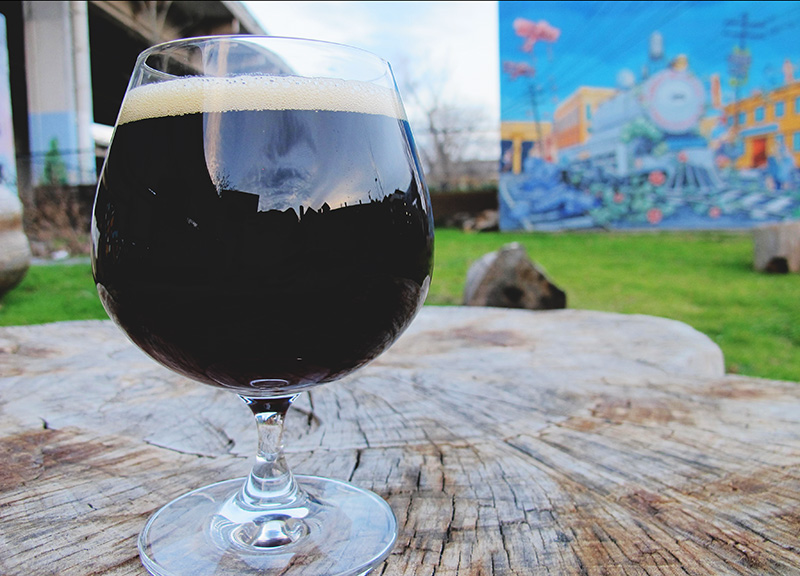 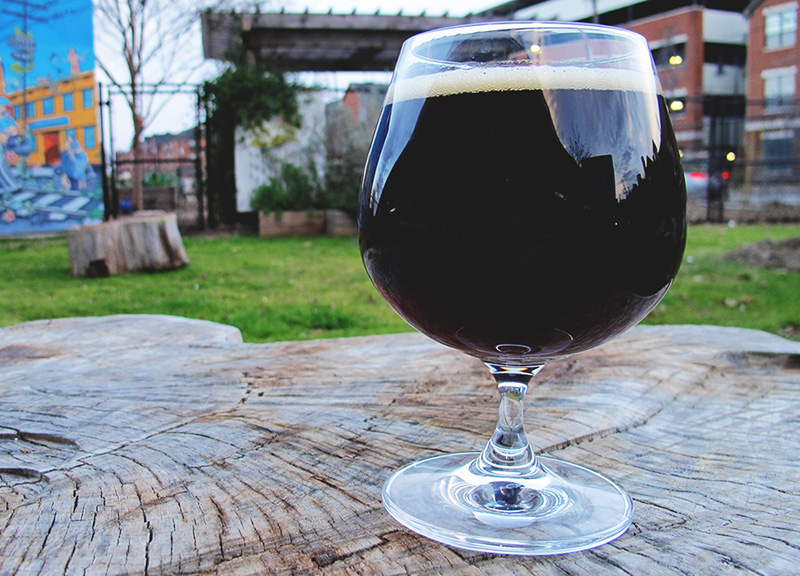