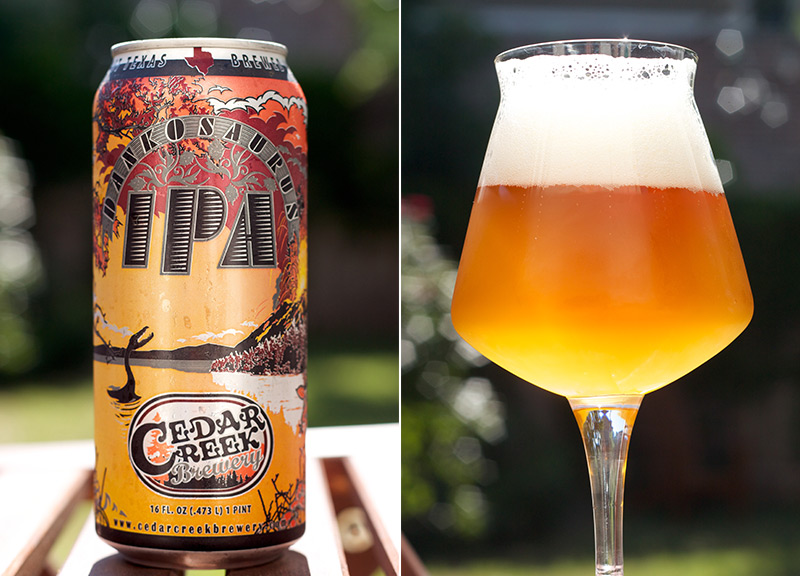 Cedar Creek's Dankosaurus Is Solid, But It Won't Quite Go Down In History.

This week, we sipped on Cedar Creek Brewery's Dankosaurus.

Overview.
Cedar Creek’s Dankosaurus, odd name aside, is a beer that's been generating quite a bit of buzz among my homebrew friends and local beer nerd friends alike of late.

For most in those groups, a tasty local IPA is as close to an aphrodisiac as a beer will ever get. And, for these sets, Dankosaurus has been a bit of an infatuation.

It's the fourth addition to Cedar Creek’s year-round offerings, the others being Scruffy's Smoked Alt, Elliot's Phoned Home Pale Ale and The Lawn Ranger Cream Ale.

For a craft brewery to wait two years — Cedar Creek opened its doors in 2012 — before introduce an IPA is somewhat surprising given the general popularity of the style and the fact that it's long been a fast grower in the industry.

Nevertheless, it's better late than never.

Appearance.
Dankosaurus pours a slightly hazy, pale orange amber with a very thick, frothy white head that lingers for a bit before fading into the glass, leaving a thin film behind.

Aroma.
Classic west coast IPA aromas of pine, citrus, grapefruit, pineapple and mineral water are all present here. There's also a strong herbal quality, which is a little unpleasant, particularly when mixed with the other aromas found here. The hop aromas smell quite fresh, though. And that's something I look for in my IPAs.

Flavor.
This beer is aggressively bitter upfront, which could be an issue were it not balanced nicely by a subtle and smooth malt backbone. Beyond the initial bitterness, there are some bold, resin-y and fruity flavors to be enjoyed. The herbal qualities noted in the aroma poke through ever-so-slightly, too — just enough to make you pause and question the unexpected flavor. At sip's end, Dankosaurus finishes slightly sweet, but not overly so. It's almost like a small palate-cleanser that gets you ready for the bitterness of the next gulp.

Mouthfeel.
Dankosaurus has a medium mouthfeel with medium levels of carbonation, which is appropriate for the style.

Overall Impression.
I can see why my beer nerd friends are so excited for this beer. For those who like hop-centric IPAs with aggressive, almost extreme flavor profiles, this beer just hits the spot. It has all the hallmark flavors and aromas of a West Coast IPA as it's aggressively hopped with flavors of pine, citrus, fruit and resin, and there's just enough of a malt presence to balance it out.

The one element that seems out of place, however, is the herbal notes. These unusual flavors components are owed, no doubt, to the experimental hop variety (known simply as 05256) referenced in Cedar Creek's packaging. Hop 05256, unsurprisingly, is known for having “strong herbal notes.”

While I applaud the experimentation and willingness to try a mostly unestablished hop variety, the herbal flavors that result are not exactly appropriate for the style, and they come across as more distracting and off-putting than complementary. It's this detour from the tried-and-true West Coast IPA formula that holds Dankosurus back from ranking with some of the better IPAs in North Texas. 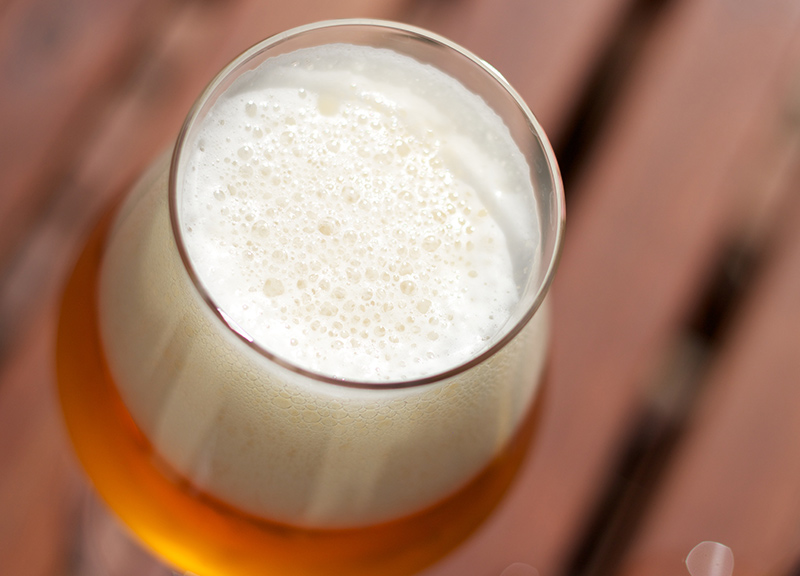 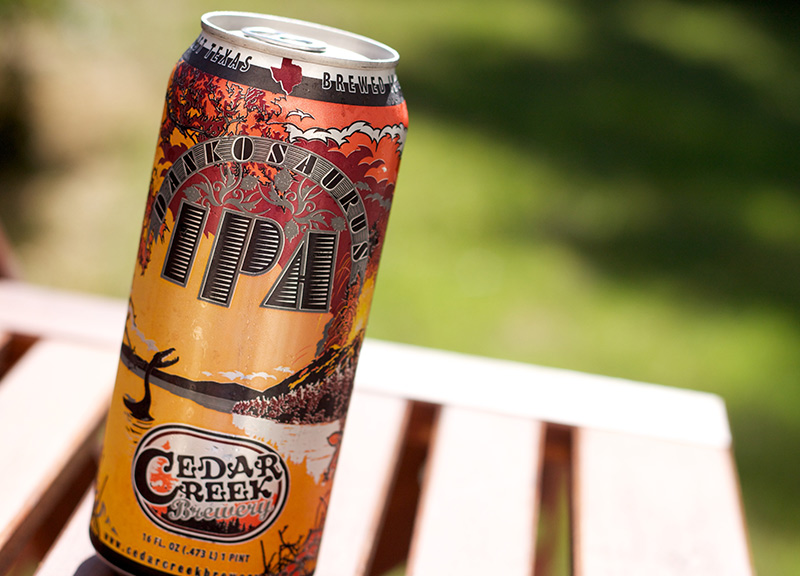 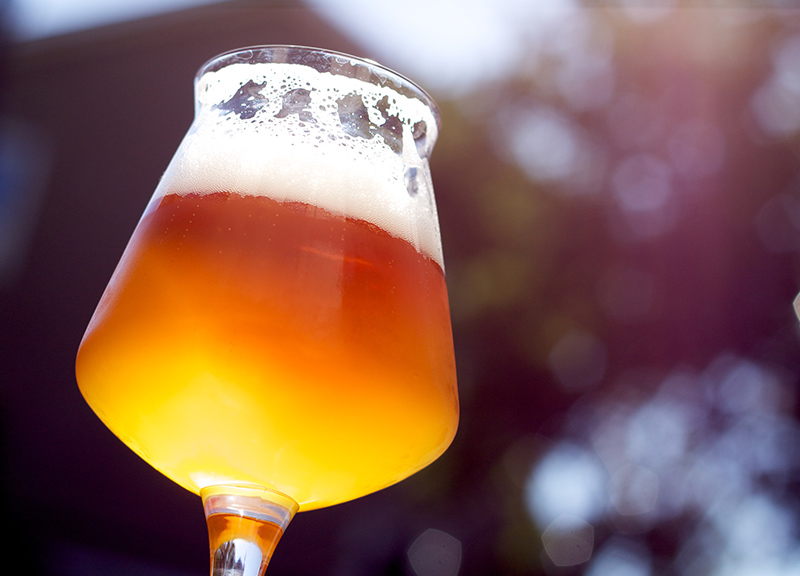