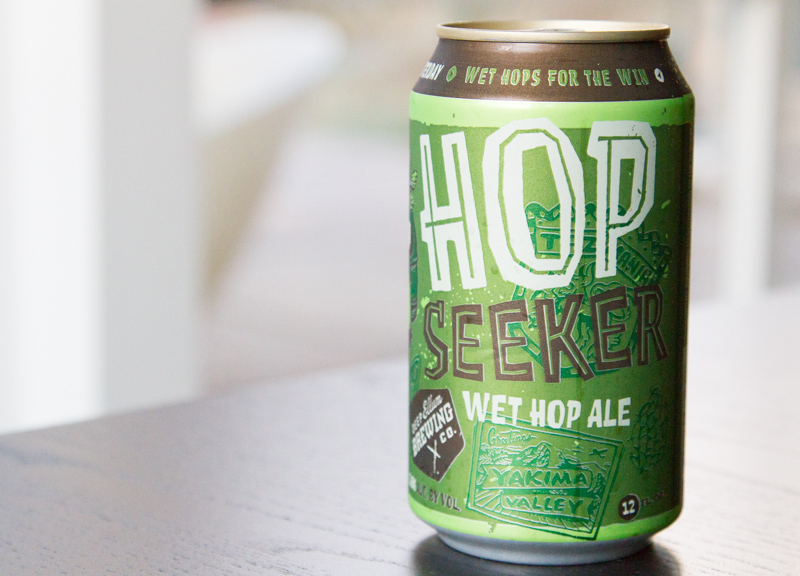 This week, we sipped on Deep Ellum Brewing's Hop Seeker.

Overview.
Deep Ellum is stretching and trying some innovative things with hops — and, yeah, that's an idea we can get behind. Hop Seeker, unlike the brewery's flagship IPA offering, is a wet hopped beer. Say what?

OK, let's take a step back. So, most beers contain hops — especially IPAs — and most beers are also hopped using one of two main packaged hop types. The two types most frequently used are whole cone hops and pelletized hops, both of which are dried after picking. While whole cone hops remain as they are after drying, pelletized hops are squished until they form a solid, at which point they are then crammed through a weird machine called a pelletizer. Yeah, it's like it sounds.

Then there's another type of hopping called “wet hopping” or “fresh hopping.” With wet hopping, a beer is hopped using hops that have been picked fresh and brought straight to the brewery. No drying, no long-term packaging. This means that Deep Ellum Brewing threw down some serious coin to get a truckload of hops delivered immediately after harvest so they could add it to Hop Seeker. Or maybe it's two truckloads? That's not really the point, I guess.

This is: Deep Ellum Brewing states that it uses centennial hops in the boil and equinox for dry hopping. (Oh, dry hopping happens after brew day.)

By the way, hop farms aren't located here in our fair state. They're just not. (Side note: If you want to correct me and say that you own a hop farm here in Texas, please do so by all means. Just know that, in my reply, I will kindly ask you to re-evaluate your business plan. Terroir, homie.)

Wow, I sort of went off the rails there. Enough hops talk, right?

Appearance.
Hop Seeker pours with a thick, creamy white head that seems to stick around forever. And there's foamy, beautiful lacing that seems to hang around on my glass for days. Hop Seeker is also a bit on the cloudy side, and that's OK. Some wet hopped beers are not filtered heavily in an attempt to keep all dry hopping goodness in the beer. I'm not sure how much flavor would get stripped out if this were a super-clear filtered beer but, hey, the cloudiness is fine for the style. But, wait, what's up with the particles? Is that some hop residue I see? Don't fret: I only see a couple of teeny tiny particles that settle to the bottom of my glass.

Aroma.
What a tease to the nose! Hop Seeker ust has a ton going on, aroma-wise. Let's break a few of those down. At first, the aroma is all floral hops with melon, resin-y, dank pine, and some sort of grassy situation. Then there's a round sweetness — probably also from the hops — that arrives and brings it all together. The aftertaste is sweet, without the sugary sweetness.

Flavor.
If you compare Hop Seeker to Deep Ellum IPA, there are more than subtle flavor differences. Hop Seeker seems to play second fiddle to Deep Ellum IPA in regards to big malt flavor and super punch-you-in-your-mouth hops. But Hop Seeker has something more nuanced with the bitterness and malt profile. While Deep Ellum IPA hits you over the head with malt and hop bitterness, Hop Seeker has a more refined and subtle malt profile and hop bitterness that invites you in and asks you to explore and hang out for a while. With the roundness and complexity of Hop Seeker, there's also a tiny bit of a soapy aftertaste, like a super clean feeling. It's not a bad thing, per se. It just is.

Mouthfeel.
Hop Seeker is a medium-bodied beer. Its residual protein and hop schedule give it that nice foam and lacing that I talked about earlier, and these two elements also contribute to some of the creamy mouthfeel.

Overall Impression.
If you have shied away from Deep Ellum Brewing's beers for some reason, maybe Hop Seeker should be the comeback beer for you to try. This is a limited release, so don't wait or you'll miss it. There's a complexity in this beer, a nuanced hop profile that I can get behind. Will non-hop-heads like this beer? Probably not. But you should make them try this beer anyway. 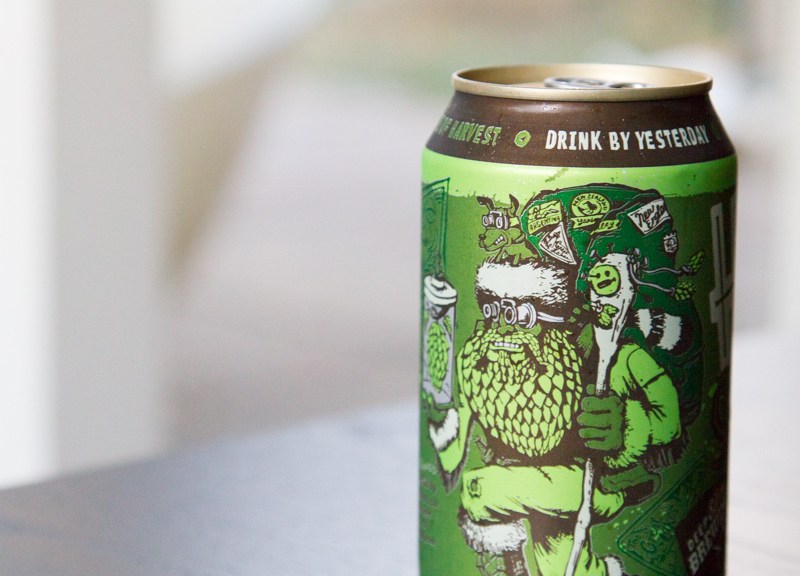 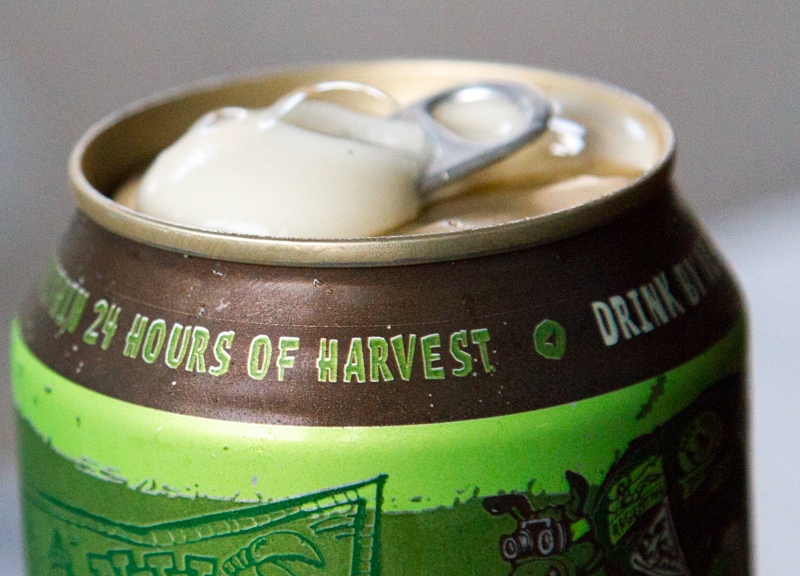 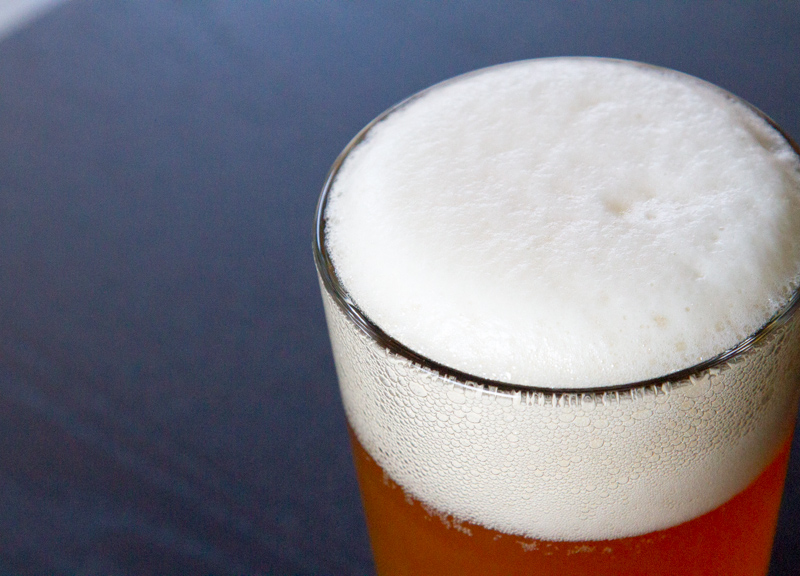 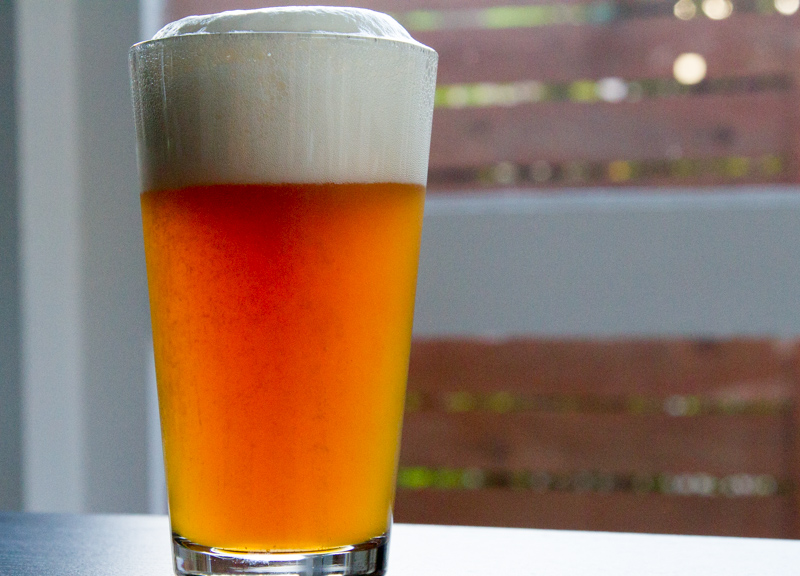 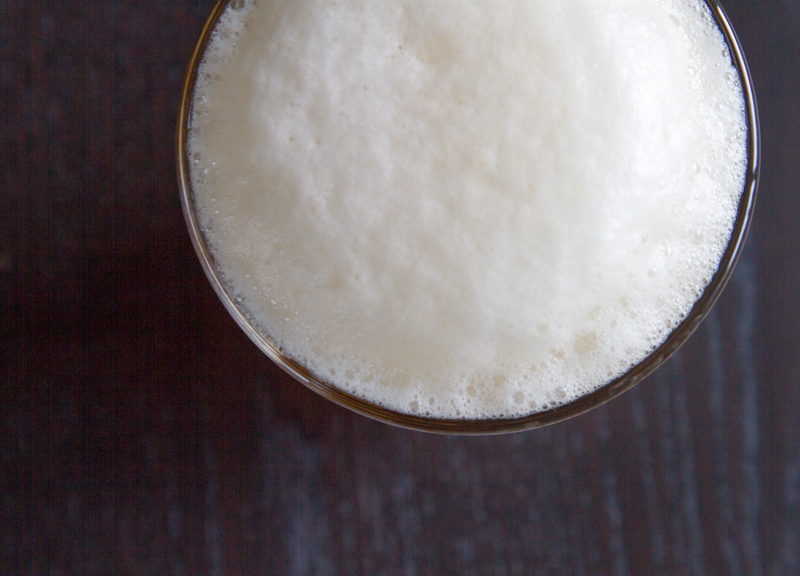 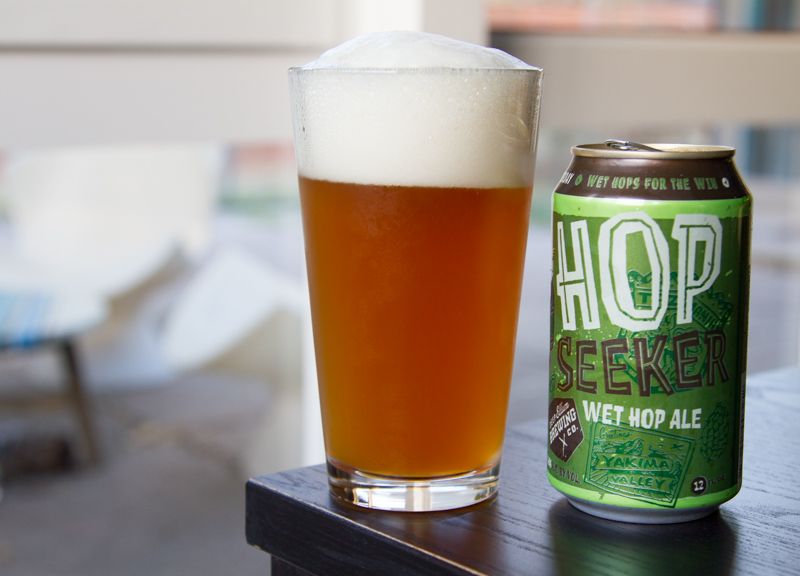 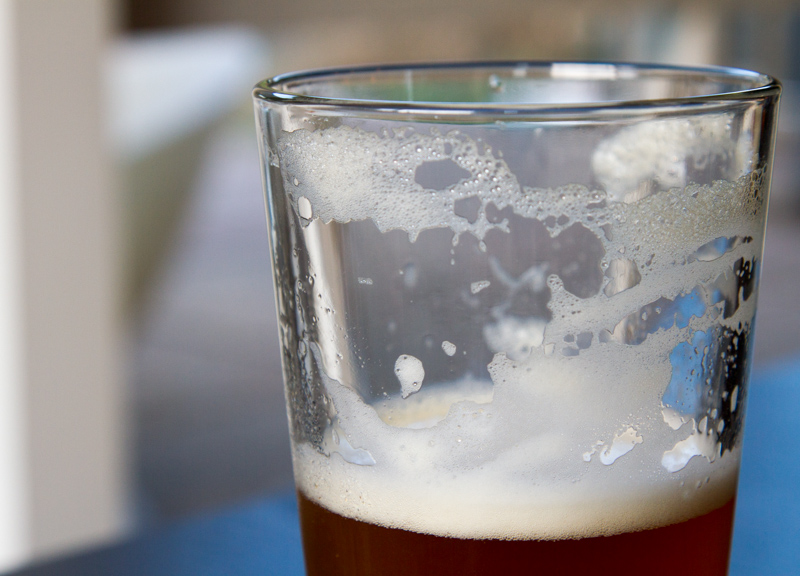