Oh, You Thought Hot Girl Summer Was A Seasonal Thing? 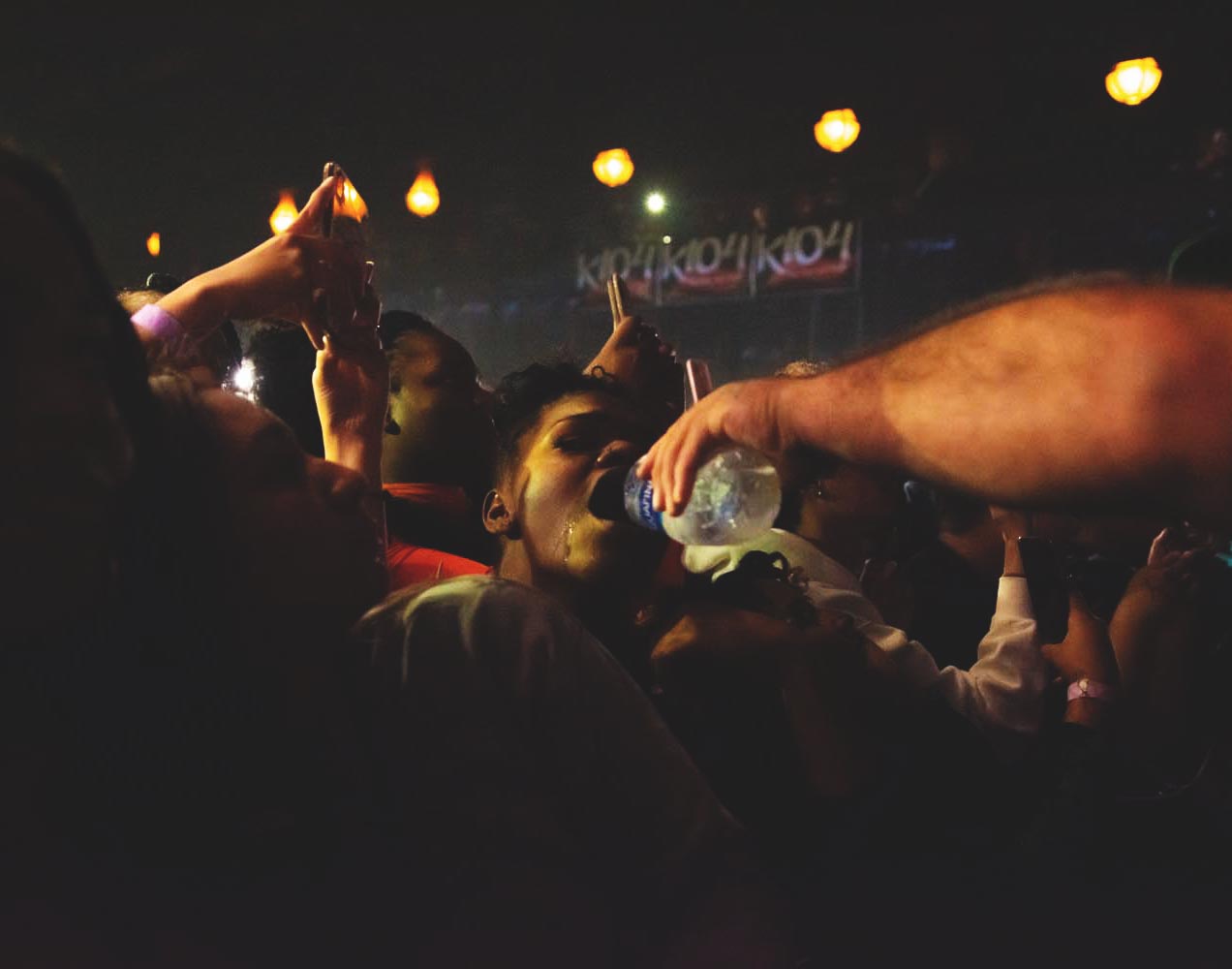 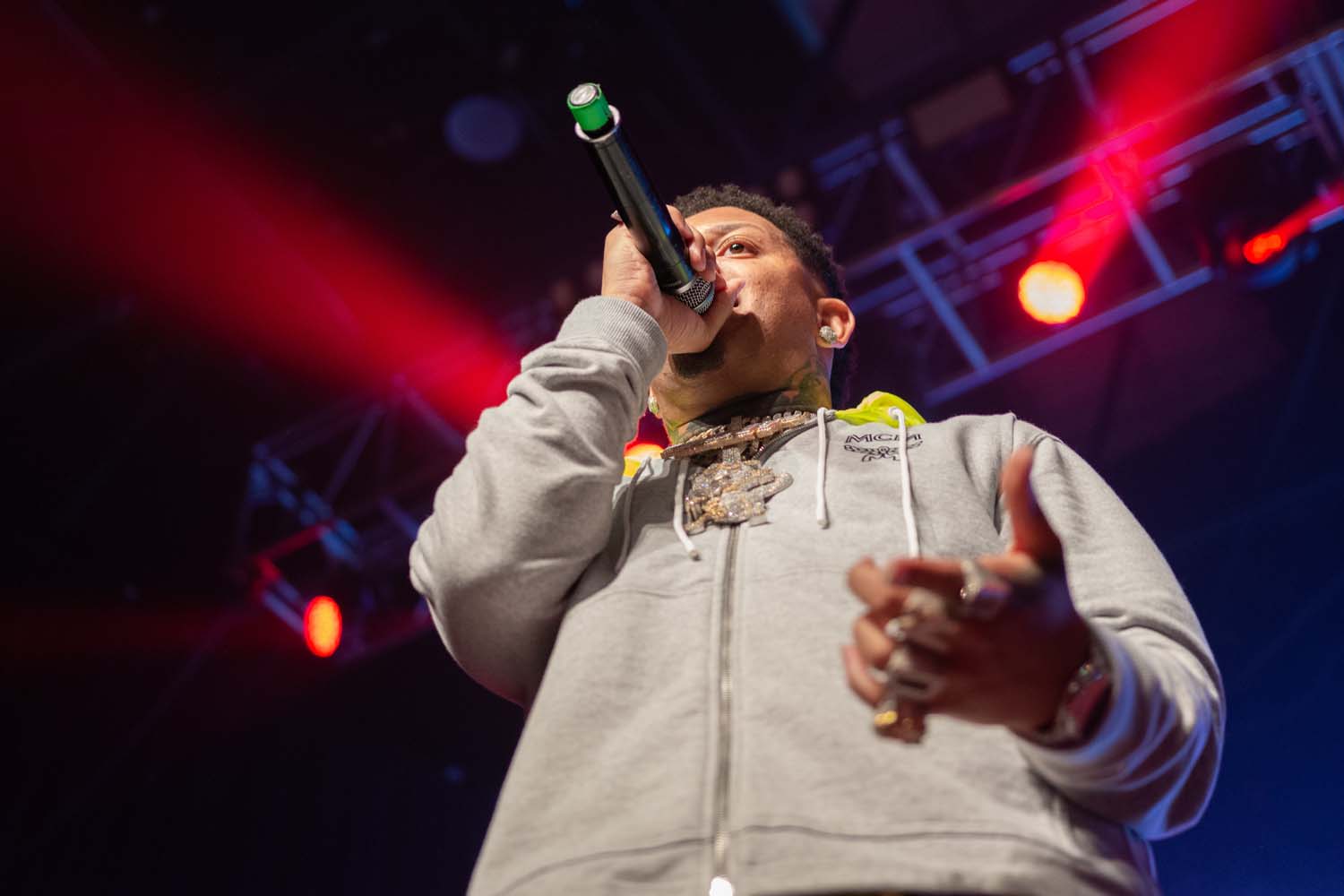 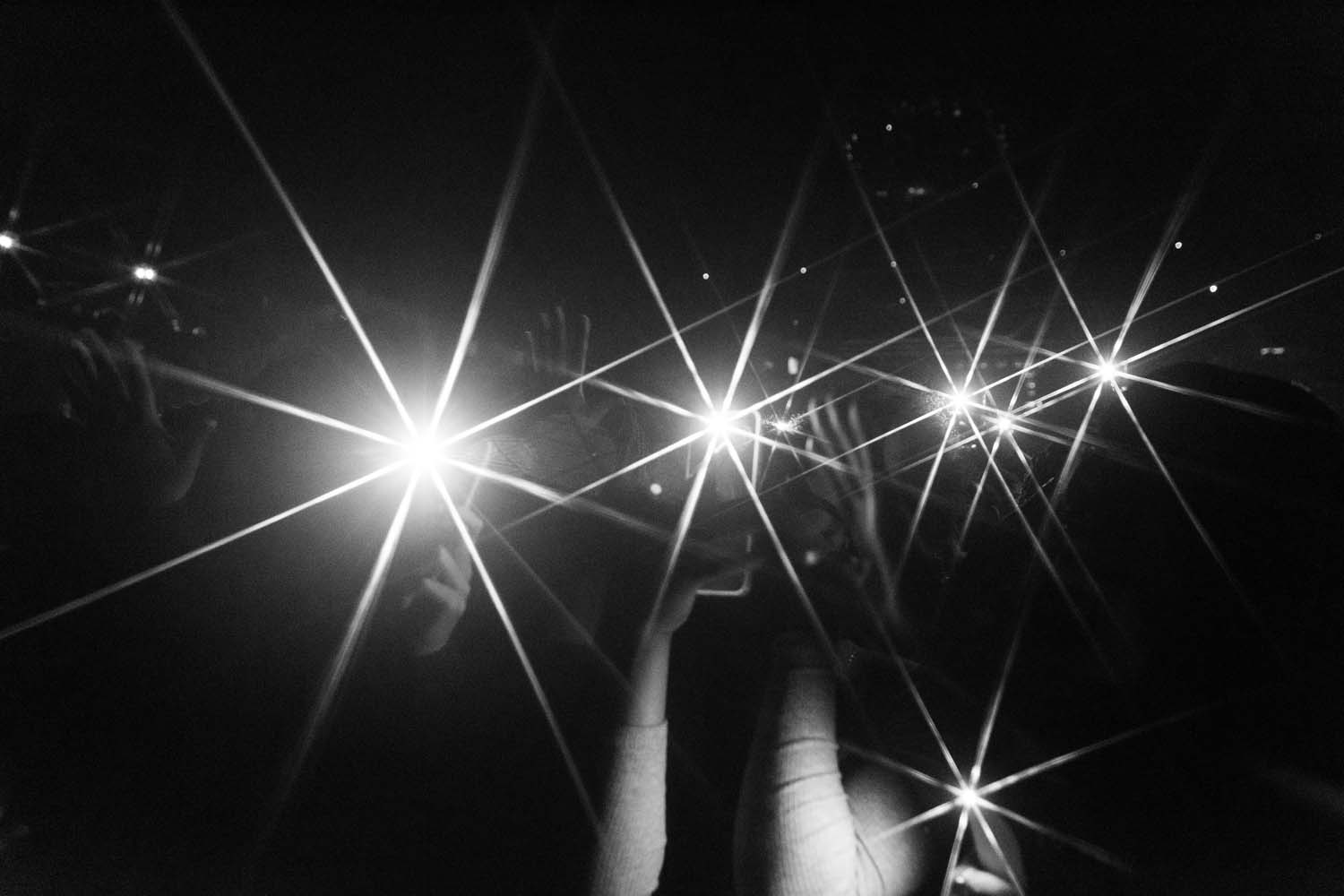 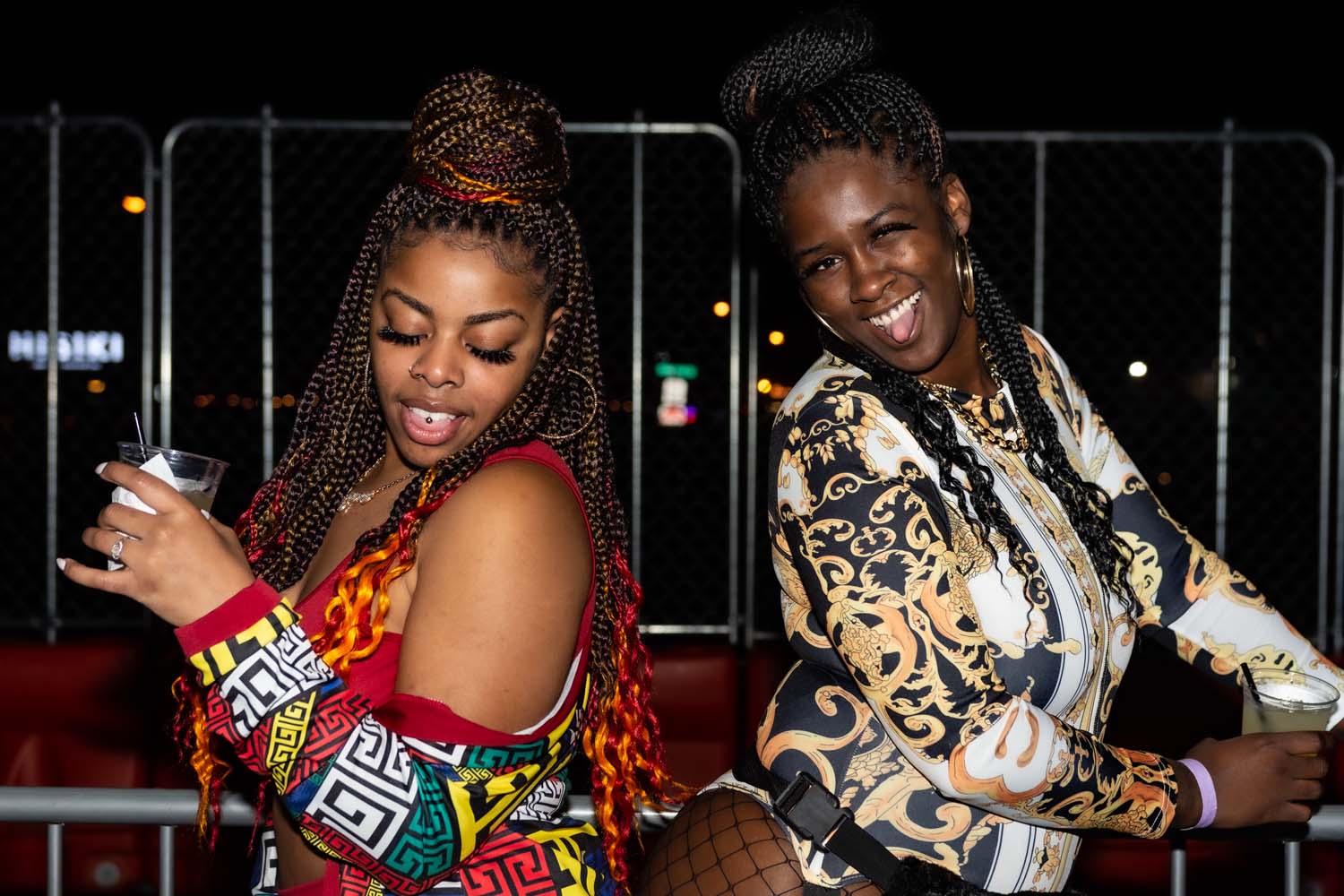 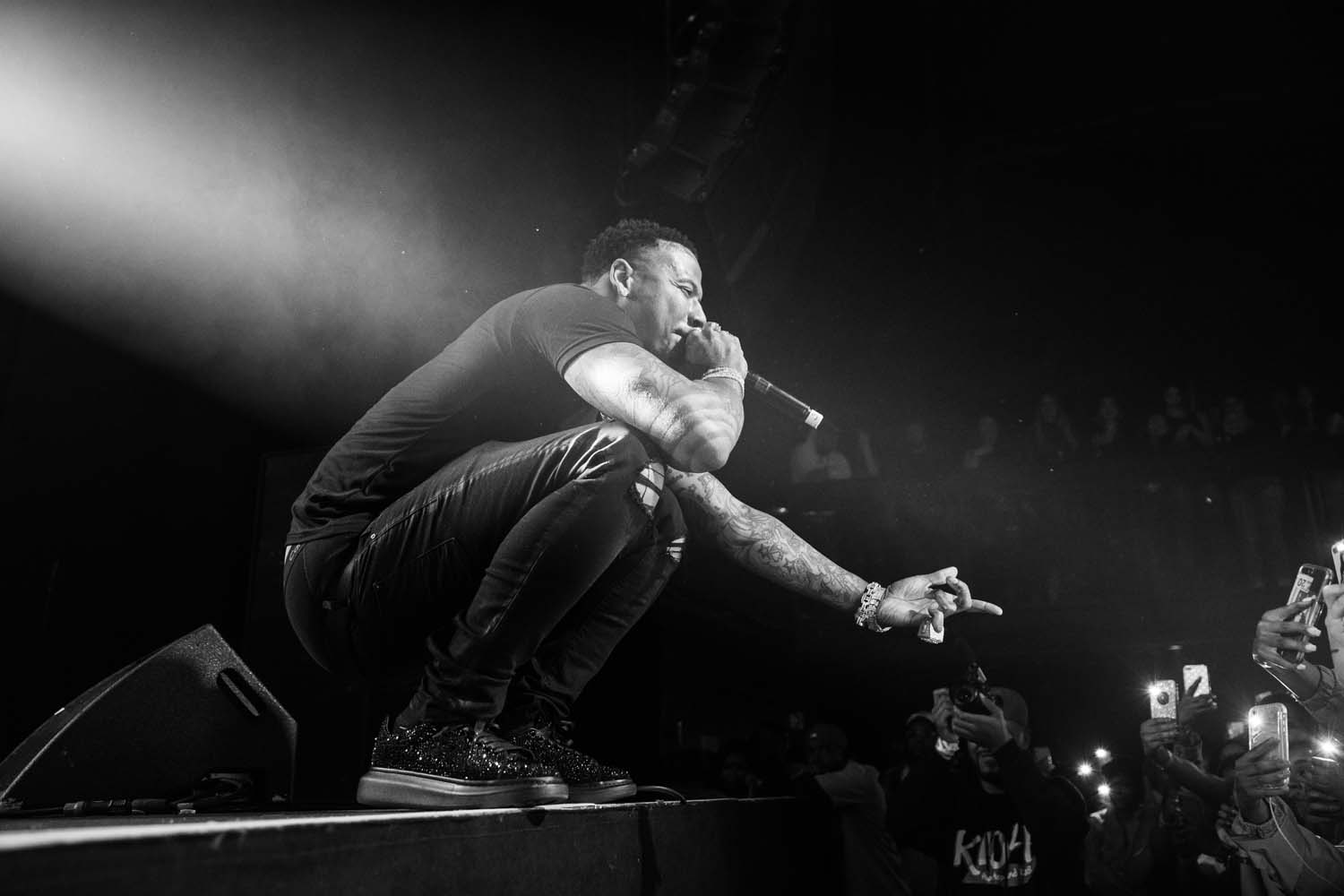 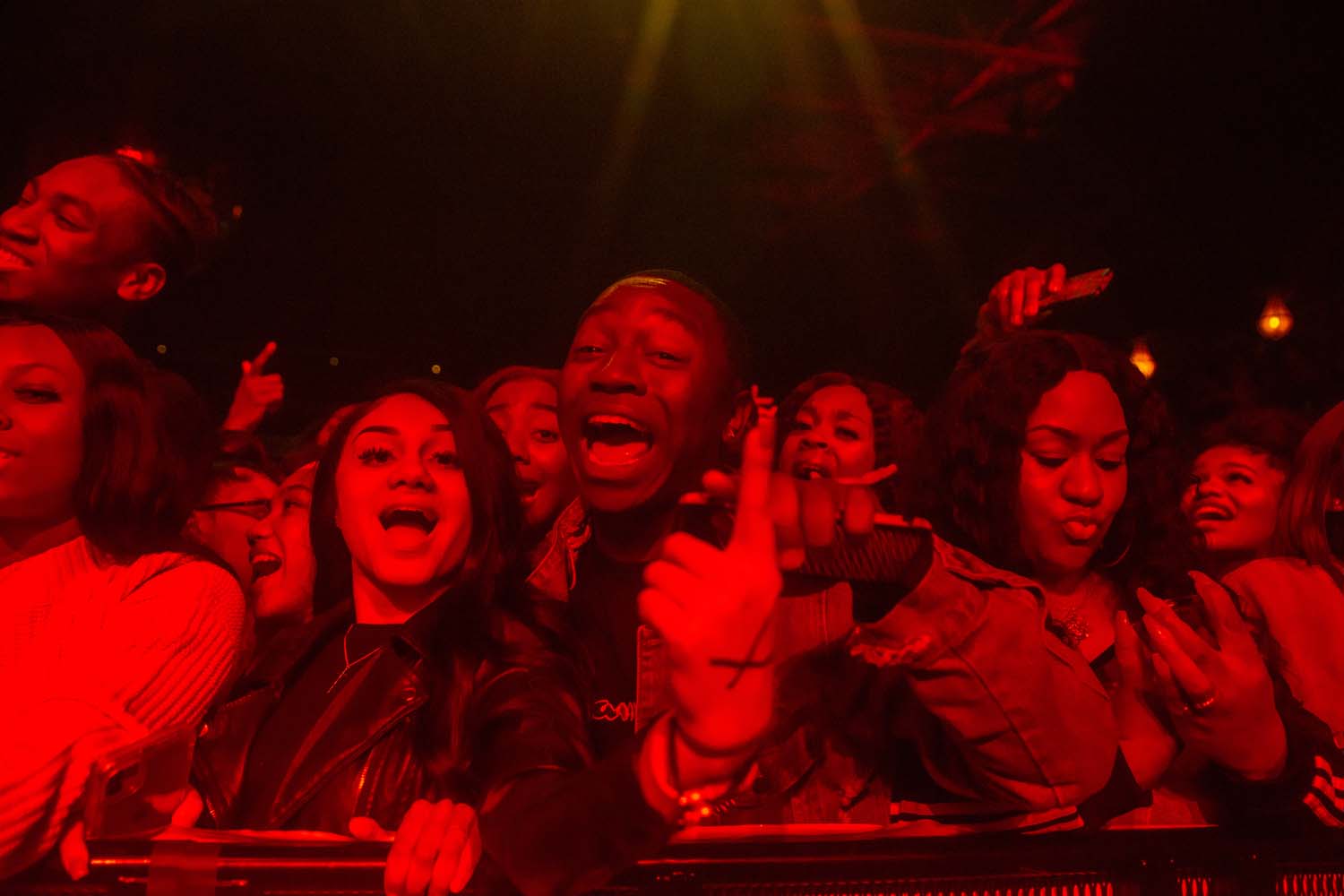 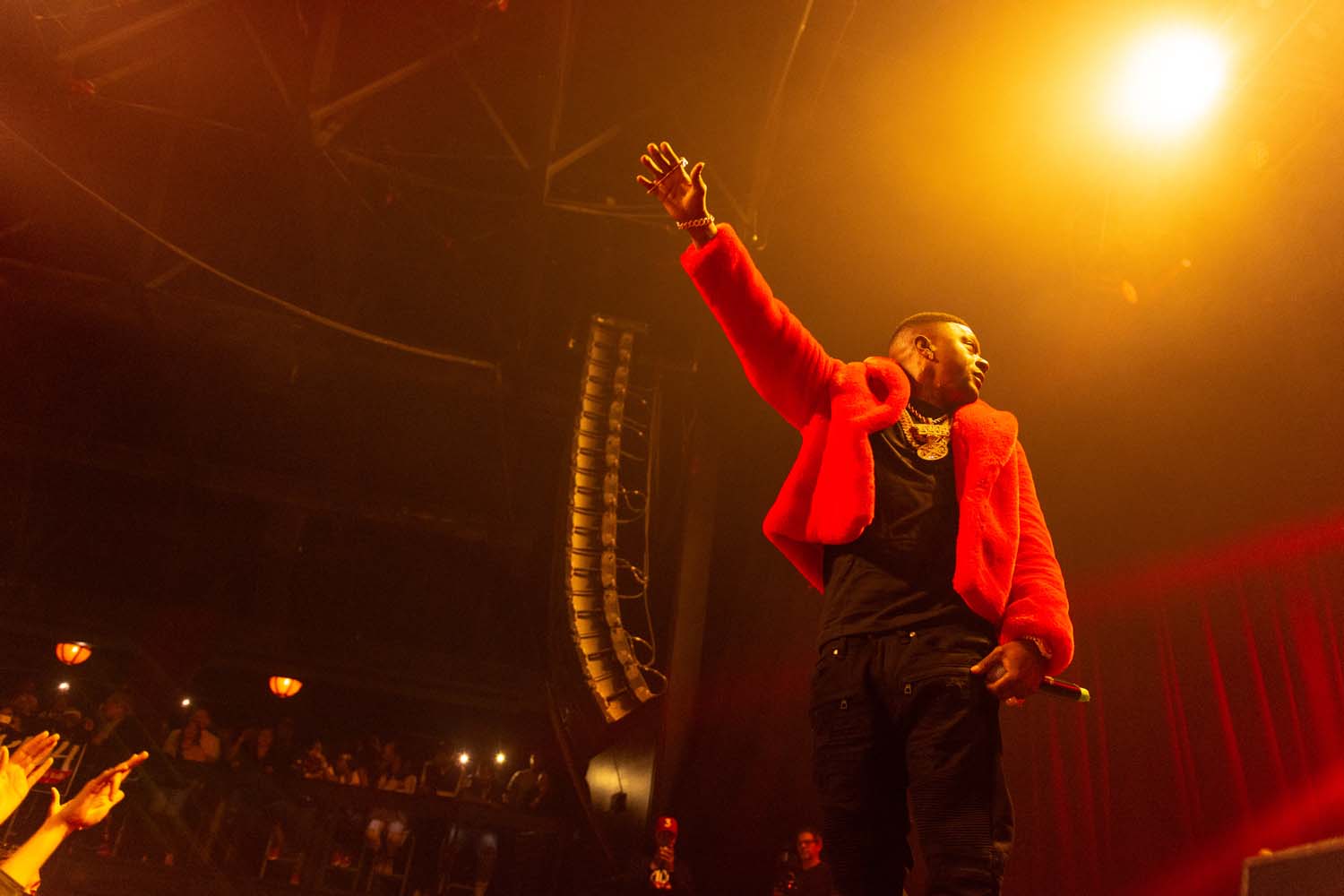 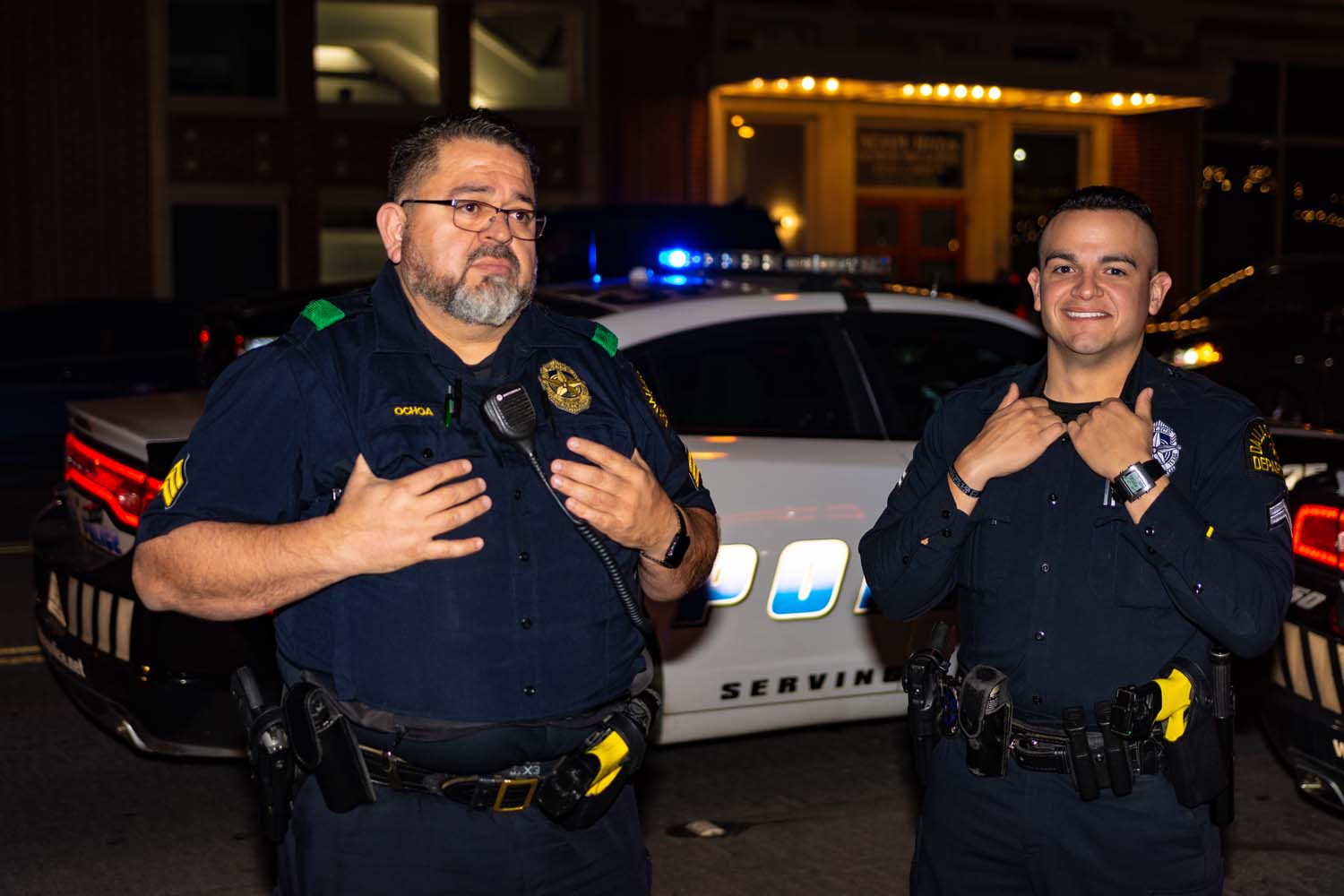 In Front Of A Capacity Bomb Factory Crowd On Friday, Megan Thee Stallion Celebrated An Epic 2019 Alongside Dallas Rappers Who Also Rocked The Year.

A sold-out line of hot girls circled around the block of Deep Ellum’s Bomb Factory hours before the doors opened to Friday’s gig.

Popular music streaming app My Mixtapez, in partnership with AEG Presents and local radio station K104, brought the city out for its first-ever Most Wanted Festival. A Texas-strong lineup, the event legitimized the meteoric 2019 rise of headliners Trapboy Freddy, Yella Beezy and Hot Girl Summer’s very own Megan Thee Stallion.

The bill may have also featured the likes of Moneybagg Yo and Lil Boosie, but it was clear from the jump that the sea of fans on hand at this night mostly showed up to twerk with the H-Town Hottie herself. That’s not to say, though, that hometown heroes Trapboy Freddy and Yella Beezy didn’t get much love; the naturally thunderous applause this pair received indeed solidified on this night the answer to the question of who currently runs this town.

Early in the night, festival openers Black Fortune, Cash Talk, Boss and Meiko turned their starting positions into satisfying appetizers as the host DJ Fresh hyped the crowd with swag surfs and money-motivated chants. The intermission music he offered up was smartly selected, including guaranteed party-starters such as the Crime Mob classic “Knuck If You Buck,” Wacka Flocka Flame’s “O Let’s Do It” and the new Rod Wave joint “Heart On Ice”.

Even so, chants for the night’s headliner ran rampant throughout as fans awaited the Houston-native’s grand finale. For the 4,300 or so attendees of this jam-packed the Bomb Factory affair, the show very much served as a celebration of a dream realized, with earlier-in-the-year unknowns acts Trapboy Freddy, Yella Beezy and Megan Thee Stallion reveling well in their rises to fame during their performances.

And why not? After early co-signs from Wale, Juicy J and Yo Gotti, Megan Thee Stallion’s Hot Girl train took off last spring with the success of her debut EP, Tina Snow, which introducing the masses to her overly sexualized persona and desired raunchy lyrics through hit songs like “Make A Bag” and “Freak Nasty”. But it was her summer album Fever that sparked a Texas takeover in national hip-hop circles thanks to the chart-topping success of breakout songs, “Big Ol Freak”, “Realer” and the Da Baby-featuring “Cash Shit”.

Meanwhile, 2019 was the biggest year of Yella Beezy’s career yet. Still riding the success of his platinum hit “That’s On Me”, Beezy’s wave continued into the last year of the ’10s with another smash hit, courtesy of the Quavo- and Gucci Mane-featuring “Back At It Again”. Along with additional releases in the form of new collaborations with hip-hop heavyweights such as Big K.R.I.T., Bun B and Pharrell Williams, Beezy’s latest mixtape, Baccend Beezy, even earned him a spot on Chris Brown’s national “Indigo Tour” and a feature on the soon-to-be No. 1 release for him and Brown via their new single, “Restroom Occupied”.

As Yella Beezy rose to prominence nationally, so too did his longtime friend, Trapboy Freddy, who amassed a huge following several months ago, starting with his television debut during one of the biggest fights of the year between boxing’s Shawn Porter and the now unified welterweight champion and fellow Dallas-native Errol Spence Jr. After performing his song “L.A.” for Spence’s walk-out, Freddy’s buzz only continued to skyrocket with the release of his instant-classic latest single, “Lil Quita”.

Those two Dallas talents made the most of this night, particularly during Yella Beezy’s set, which found the two sharing the stage for a set seemingly designed specifically to make this night’s crowd go wild. After offering up a vulgar appreciation for the women of Dallas (and their, uh, anatomies), Beezy got the crowd hot and bothered, then brought things to a climax with the performance of his set highlight, “Restroom Occupied”. Soon thereafter, he recalled Trapboy Freddy to the stage for a replay of “Lil Quita”, then ended his offering with a crowd-pleasing effort on “That’s On Me”.

After a surprise pull-up from Rich Homie Quan, whose unannounced appearance and subsequent impromptu performance of his signature hits “Type of Way” and “Flex” earned a deafening roar of excitement, Lil Boosie offered up nostalgia-filled set that served as the night’s show-stealer. An instantly viral display with the Bomb Factory’s serving as its social media locator, Boosie was originally slated to perform before Yella Beezy, but the late-arriving Louisianan commanded the crowd effortlessly, performing a half-hour run of Day One cuts like “Mind of a Maniac” and “Exciting”.

Still, this night was always due to belong to The Stallion, and it very much did. Her showcase was a nonstop twerk-a-thon finale on the night, and it began as soon as she exploded onto the stage with her hit song, “Cash Shit”. For many in the room, it was their first time seeing her perform live, and with her two dancing soldiers beside her, the Houstonian did not disappoint.

For her part, Megan too openly expressed an appreciation for the fact that the night’s audience was dominated by women, many of whom sang along to every word she spit while sharing hit after hit. At one point, the performer even took a moment to return the respects paid her by the inconsolably tearful front row with ample hugs and additional words of appreciation. Finally, after once again conveying her love for her fans, she ended the night with one last twerk sesh set to her empowering anthem, “Hot Girl Summer”.

As fest-goers poured out of the Bomb Factory in that final effort’s aftermath, one thing was clear: how appreciative these attendees were of what they’d just seen. Lest anyone doubted it, it looks like the Hot Girl Summer’s going to be extending well into the winter, spring and points beyond.