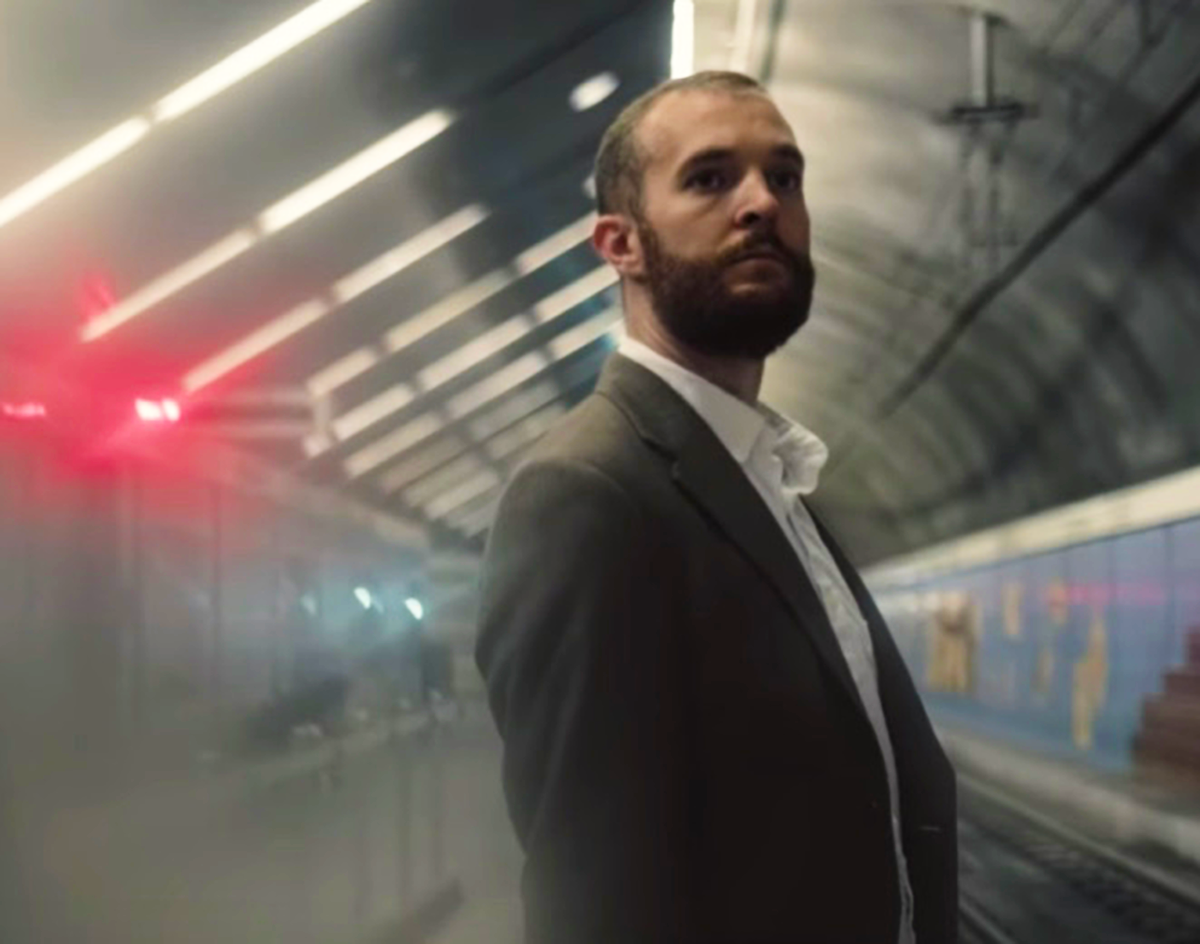 Filmed Entirely Guerilla-Style, Dev Lee’s New Music Video Follows Him On A Hazy, Lonely Trip Through Dallas Via The DART.

Dev Lee — “Powder Keg”
RIYL: Commuting with less hassle.
What Else You Should Know: Dallas-based musician Devin Miller played in a funky prog band called Off World for almost 10 years, but now he has returned as an electronic solo act called Dev Lee and will release his debut album, Belated, in late January. We’re stoked to exclusively premiere “Powder Keg,” the first video/single from the project.

The song’s lyrics — while set to an electro beat that is far cry from the acts that inspired Off World, such as Yes, Jimi Hendrix and Tool — center around creating a clean start.

“Powder Keg” was filmed guerrilla-style around DART stations and train cars, and is edited to the upbeat, yet a-little-off-kilter feel of the song. As for why it was filmed around DART stations, video director Kyle Montgomery shared some insights with us about the making of the video, namely an affinity for the style of commuting on public transit.

“In other cities the train and tram systems are bustling and exciting,” he says. “Here in Dallas the DART seems like an afterthought. There’s a special kind of loneliness in some of the stations that matches what Dev Lee expressed in his song.”

Shooting guerrilla-style can be tricky, as trying to get shots without permits can be difficult, but that didn’t stop famed directors like Darren Aronofsky and Christopher Nolan from grabbing quick outdoor shots in their early works. With the “Powder Keg” video, Montgomery welcomed the opportunity.

“To shoot guerrilla-style you have to stay light and mobile,” he says. “A small, inspired crew can react to anything around them and that’s when you find those golden moments and angles or tricks of the light that only happen spontaneously. I don’t think that style of shooting is an obstacle. It feels more like freedom. Any risk can be exciting and add to the feel of whatever it is you’re shooting.”

Check out the brand new video below: