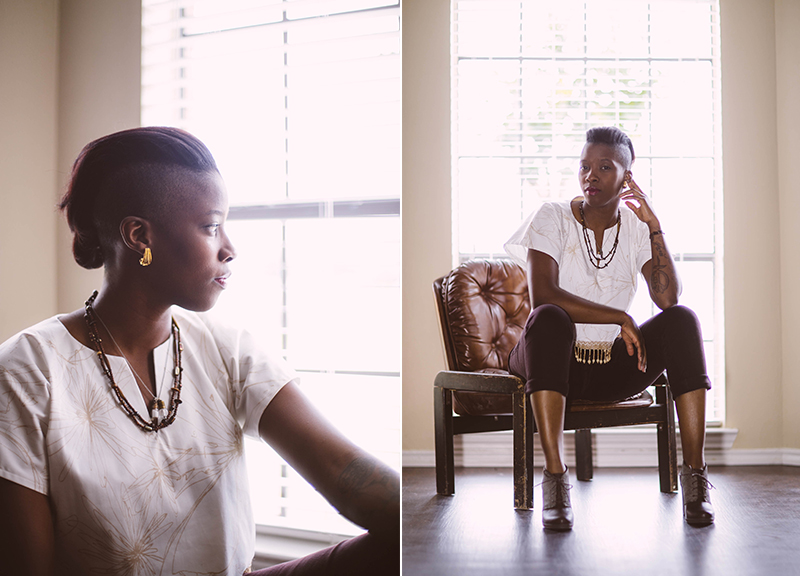 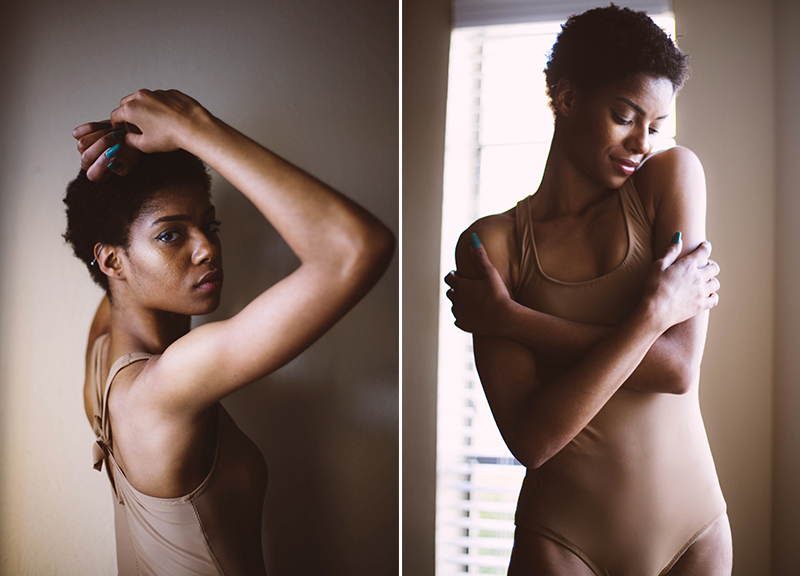 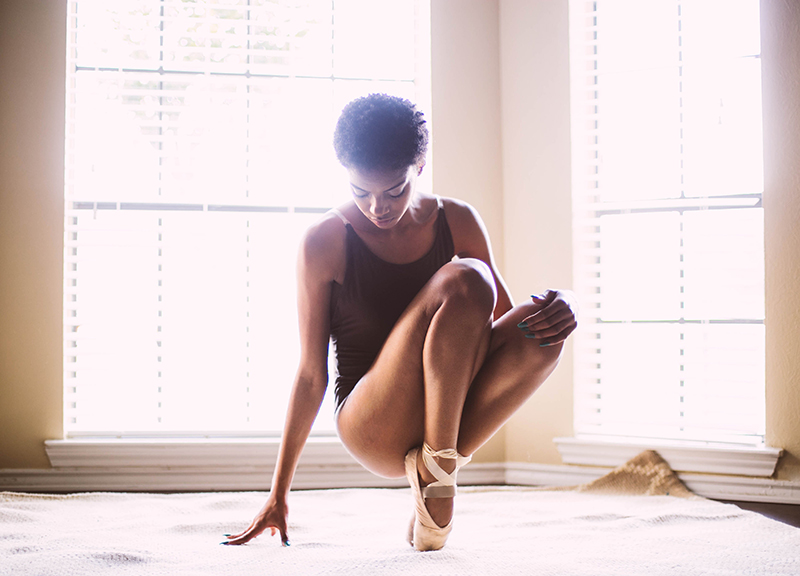 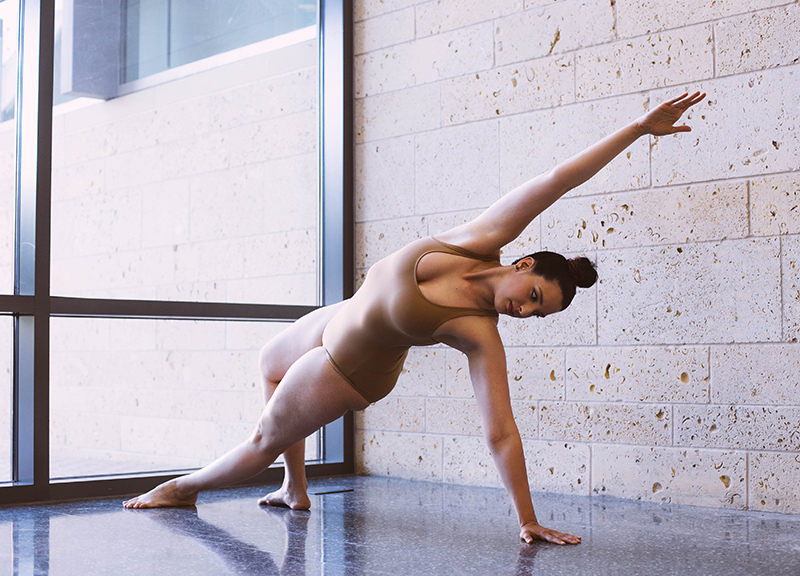 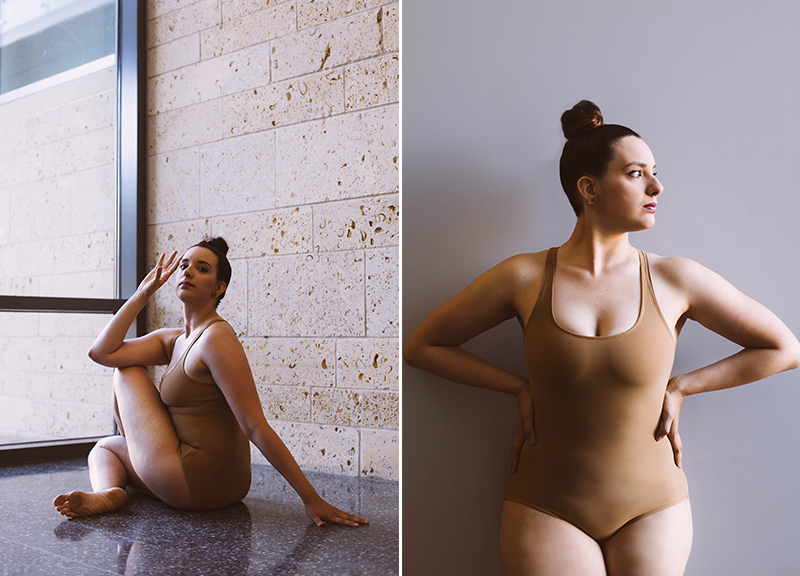 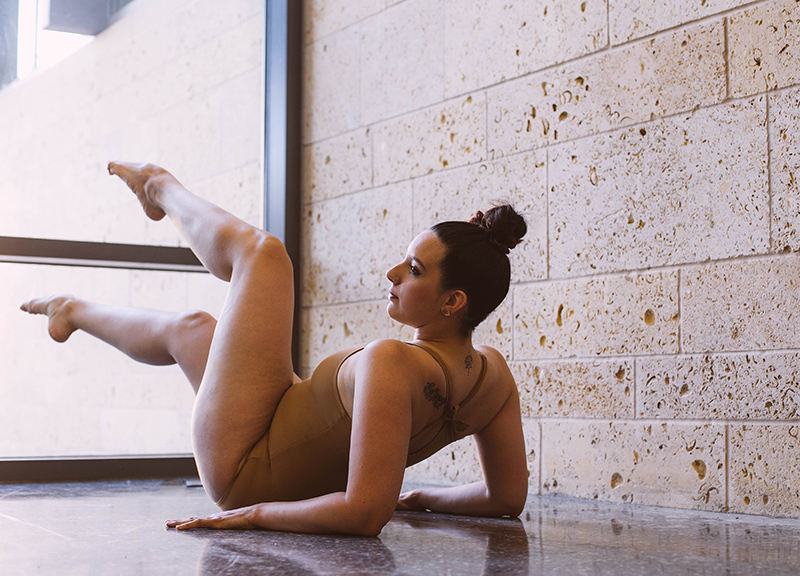 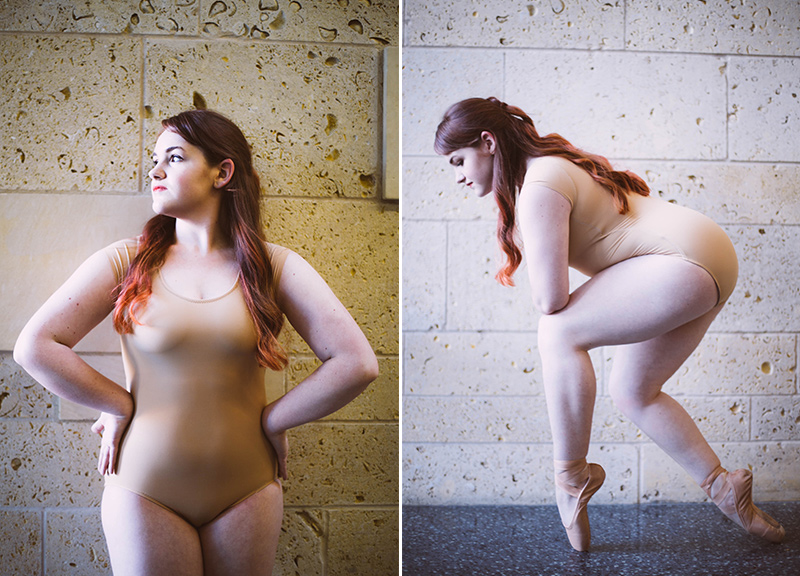 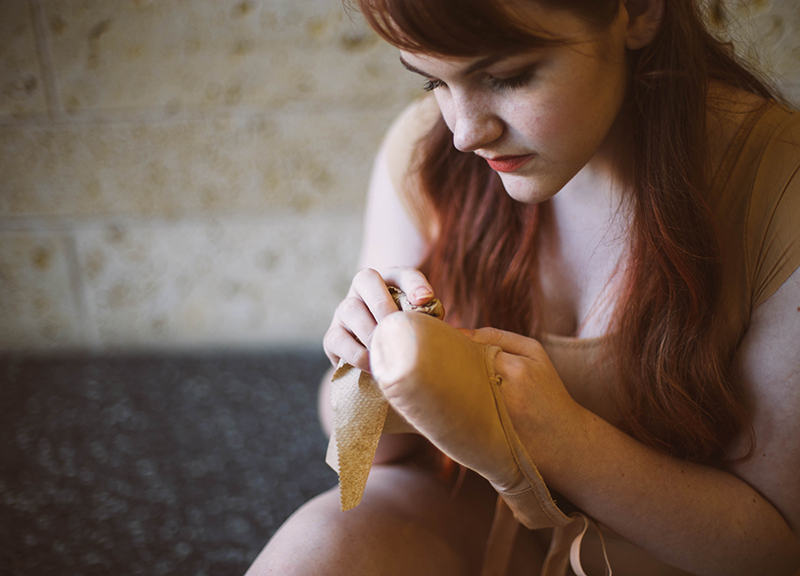 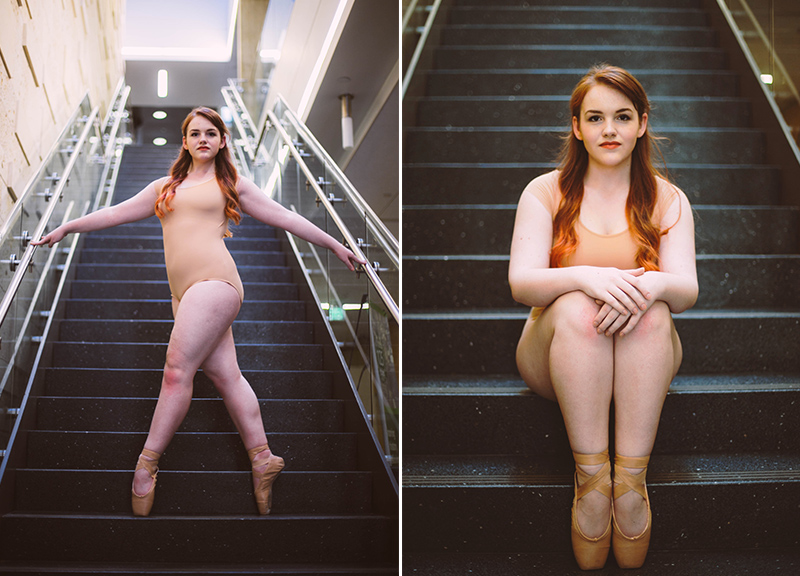 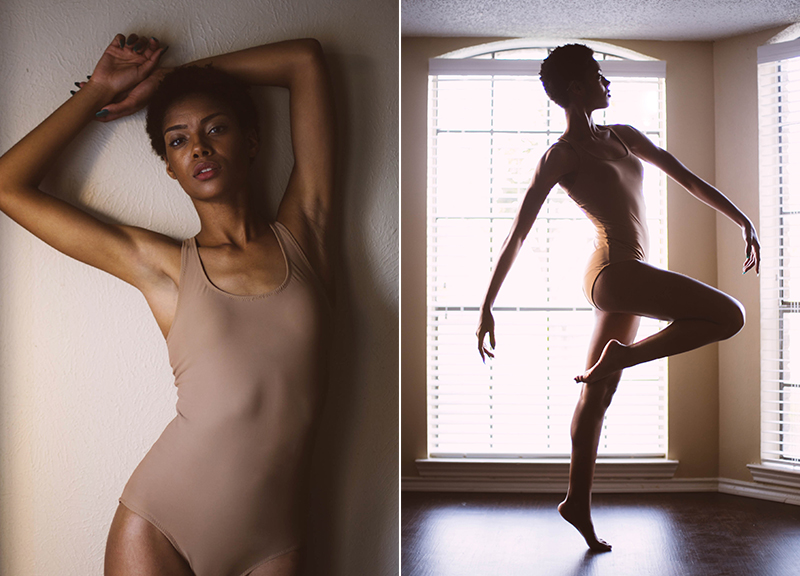 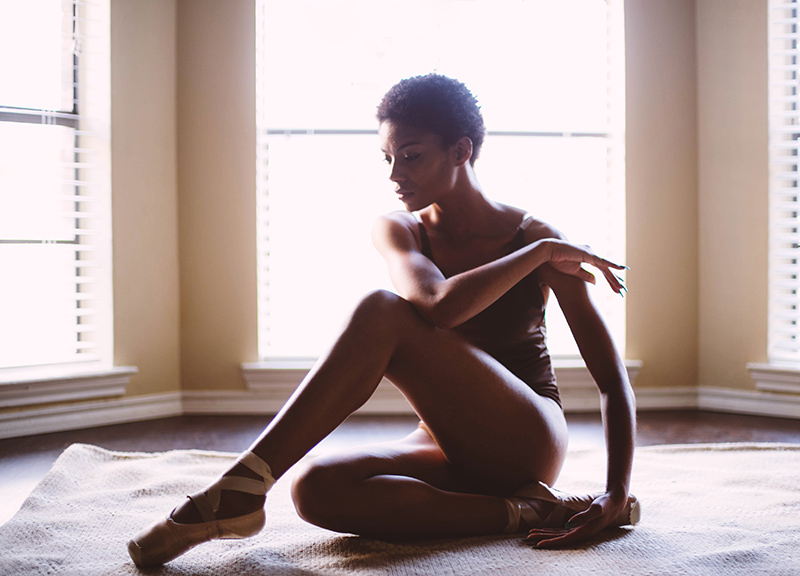 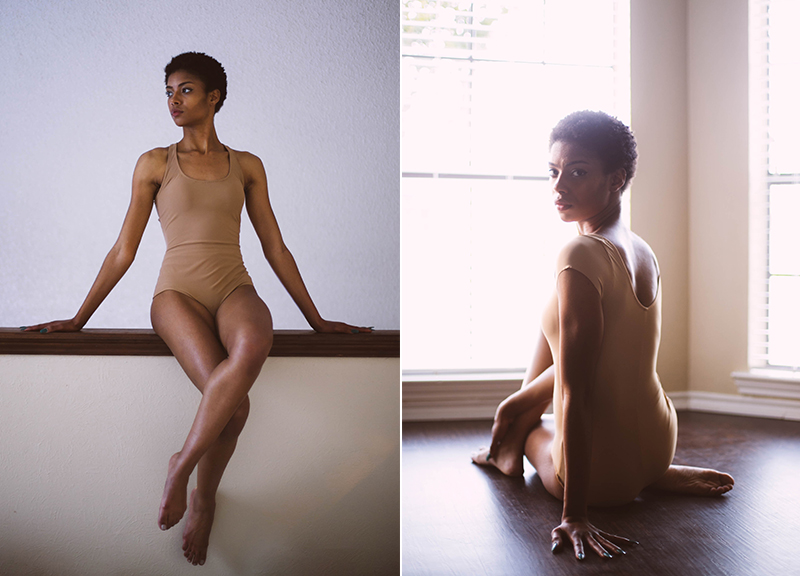 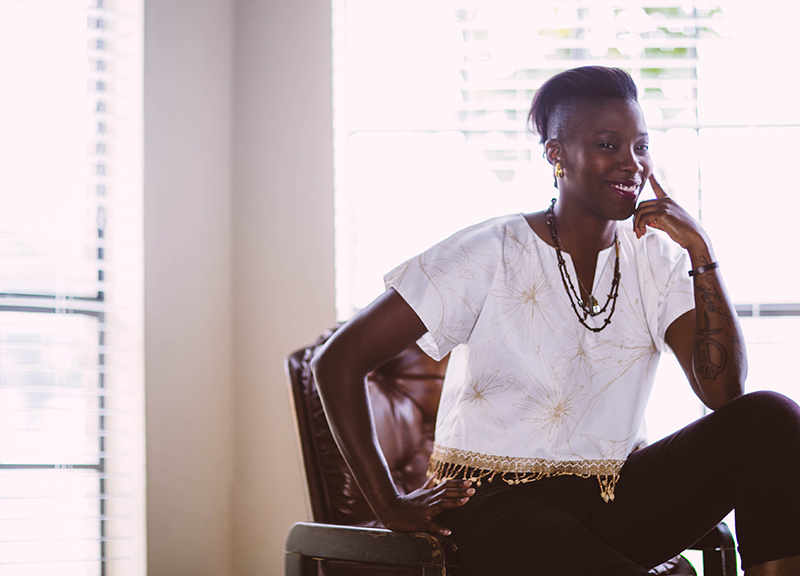 A Denton Fashion Designer Is Combating White Privilege In The Dance World, One Nude-Colored Leotard At A Time — And It’s Turning Her Into A Star.

All photos by Ashley Gongora.
Even in the shopping aisles, white privilege pervades our society. Purchasing something as simple as Band-Aids or a bra can often serve as a harsh reminder of this truth. Those pale pink undergarments labeled “nude,” for instance? They’re only really “nude” for a certain portion of the population.

For ballet dancers, the problem can be even more prevalent. To fit within the guidelines of classical dance, dancers are frequently required to wear “nude” leotards on stage. “Nude” colors are relative to pigments, though, and leotard companies rarely produce more than one color of garment. In turn, many dancers of color are often forced to resort to dying or “pancaking” their attire with makeup, thus creating their own individual shades of “nude” themselves.

Enter Whitney Bracey, the 30-year-old Denton woman and Texas Woman’s University student behind Mahogany Blues Dance Apparel. Since its launch in 2015, Bracey’s diversely colored line of leotards has aimed to address this very problem within the dance community. Better still, her efforts have been wholly embraced, turning her company into the talk of the dance world.

Impressed with her ingenuity, we recently caught up with Bracey to talk about her first year in business, how she balances her full-time roll in the company with her college studies and what tricks she uses for accurately matching dancers’ skin tones to her pieces.

When did you start your fashion career? I understand you got your start with swimwear?
It started out with me just hand-sewing my personal clothes for my Barbie dolls and creating shirts and skirts for them. My mom then taught me how to sew. As I got older, I’ve always been sewing, always creating stuff for people and myself. I started the swimsuits in 2007, 2008. I started working with my friend Ivory, who had a swim line catered to pageant contestants. I love working with stretchy material to make swimsuits. Turns out, I’m pretty good at it! So, we kept working, and then she decided to stop, but I kept going. People started inquiring, wanting more, so I continued. And, y’know, dancewear is close to swimwear, so it all came naturally.

Because they’re both of the same stretchy material and basic shape?
Yeah. The only difference is the type of fabric you use. Dancewear uses a thicker fabric than swimwear.

You’re getting a lot of national attention for your efforts. Your company was featured on BuzzFeed and the Huffington Post. What was that like?
Well, it kind of happened over night, it seems like. It really did. We got an interview. I say “we” because I have anther girl and an assistant who help me, so we got an interview with BuzzFeed because the [writer], Allison [Caporimo], was watching a documentary where a girl had to dye her leotard. So she thought there has to be something out there! She got on Google and found our website. We had an interview, and as soon as the interview went up, we started getting more and more [press]. So that week, literally everyday, someone was calling.

How has recent the attention changed things for your business?
I think this has challenged me. The business has definitely picked up. Before we did the launch, I researched how much of an importance it was, and it shocked me. It was sad and depressing how little was available for people of color. There’s nothing out there for pale skin, dark skin or the in-betweens. It’s rewarding to see and to hear from people when they get our products. People tell us they are so happy someone cared. I’ve cried a lot of happy and frustrated tears. As a new company in such a close-knit community, trying to get into it has been hard. This has really helped.

I know you credit your friendship with Takiyah Wallace from Brown Girls Do Ballet for helping this idea come into shape. How did you two come up with this idea? And what were the obstacles?
I met with Takiyah from me making swimsuits. Y’know, the Dallas community can be really small! I bumped into her a few times, and she actually told me about the lack of nude dance apparel. So we started talking, then we teamed up for this event called ‘Tasseled Folds” by Chassidy Antoinette. It was an artistic performance. We had a dancer who did freestyle to another woman singing, and she wore one of our outfits and a headpiece by Chassidy. So we built a good friendship, and it was like, ‘Hey, I have this idea! Let’s take it and roll with it!’ And here we are.

Where does the name Mahogany Blues come from?
Years ago, I had this idea of starting a neo-soul/R&B club. In Denton, house music and bands are pretty big, and I thought, “Hey, Denton doesn’t have much of this!” and had the idea of wanting to create a lounge. So I came up with a lot of names and Mahogany Blues was one of them. Then I realized, “Man, it’s pretty expensive, I don’t think I’m going to do this…” So, when I thought of the swimwear, I started thinking of my ideal client. She is somebody who is outgoing, not afraid to be the center of attention. She walks to her own beat. I felt like it was a perfect fit for both.

Has there been any negative feedback to your efforts?
Yes. Mostly, it’s towards the time that it takes to make the leotards. We sew them by hand, and now I have an extra helper. We’ve had to go towards mass production to be able to keep up. They can help create hem quicker. The wait time is about three to four weeks right now.

How many hours would it be to create one?
Just to make one? Well, if I was to just focus on one, it could take about three or four hours.

Can you tell me how you go about creating the various shades?
The first go-’round, I went on Google and printed the tones. I would go up to people and ask them if I could match their skin. I used everyone around me, then used the colors with the most tallies. Then I discovered I could go to Home Depot for an accurate answer. Then I started creating. We will be creating two more colors here soon.

That’s exciting!
I really appreciate the support and love that has been shown. I appreciate the criticism, too; it’s a learning experience. You can’t make anything grow if you don’t try. I’m excited for the future. There is a lot more in store.