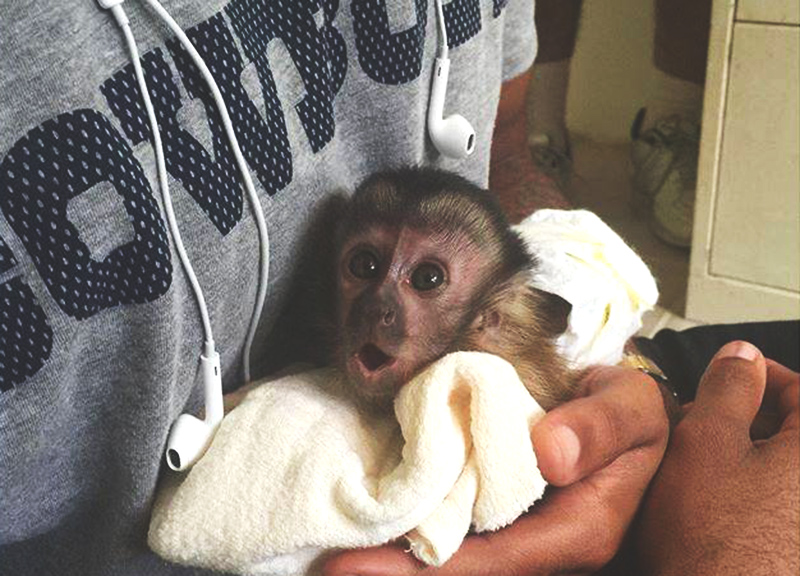 Dez Bryant Bought A Pet Monkey and Named It Dallas.

Dez Bryant, one of the integral puzzle pieces of the Arlington Cowboys’ offense, is still finding ways to entertain, even while sidelined with a broken foot.

This week, while rehabbing his injury, the sorely missed Bryant joined a long line of famous people to acquire a pet monkey. Even cuter? He named the monkey Dallas. Everybody together now: Awwwwwww!

When asked about Bryant’s pet monkey, Cowboys head coach Jason Garrett said he had no clue about the pet primate, blaming the fact that he isn’t a big Instagram user.

Interestingly, ESPN notes that Bryant isn’t actually the first Cowboy to have a pet monkey: “Oronde Gadsden, who was with the team in 1995 and ’96, had a monkey named Malik that would hang out at the team’s Valley Ranch facility from time to time. In 1996, Malik made his way to training camp but was sent home because of the no-pets policy at St. Edward’s University in Austin, Texas.”

Of course, with Tony Romo and Lance Dunbar also sidelined at the moment, Cowboys brass might be a little more open to some help in the form of a monkey this time around.