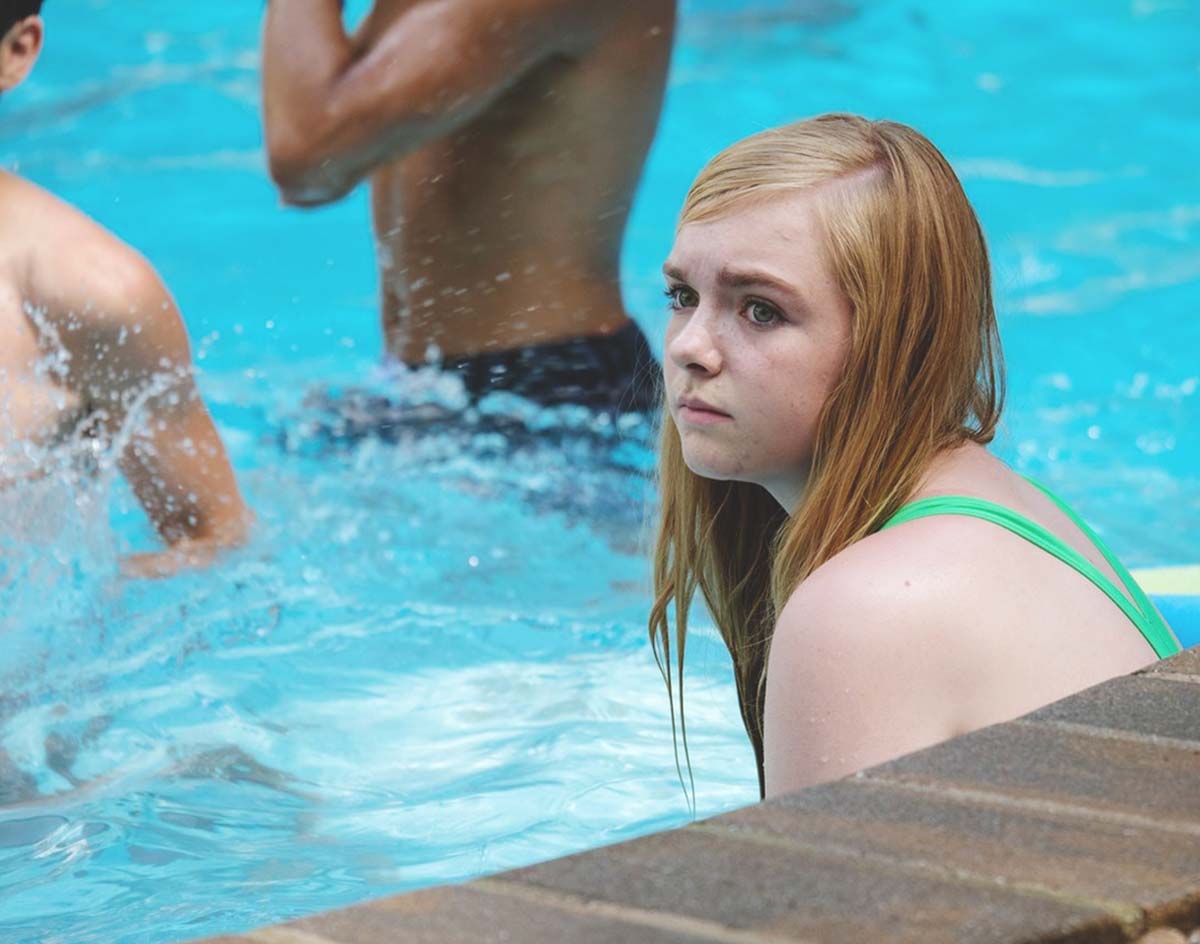 Eighth Grade Is The Worst, But ‘Eighth Grade’ Is Incredible: Everyone Will Relate To Comedian Bo Burnham’s Unflinching Look At Adolescent Awkwardness.

Life as an eighth grader is awful.

Everything about that time in your life is awkward, uncomfortable and emotional. One minute you’re laughing; the next you’re on the verge of tears.

Ask anyone who’s been through it. We all remember how unpleasant the middle school experience can be.

And in his debut as a feature film director, comedian Bo Burnham captures this experience perfectly. Quiet your armchair criticisms before you even mutter them: Yes, the guy really does seem to know what it’s like to be a modern, 13-year-old girl.

At the center of Eighth Grade is Kayla (Elsie Fisher), a 13-year-old who is finishing up her last week of middle school with both summer vacation and the unknowns of high school looming on the horizon. She’s remarkably average and has no friends to speak of; instead, she blends in with the crowd but is nice to everyone she meets. But she finds solace with her less-than-stellar middle school experience by making self-help YouTube videos. She’s no breakout YouTube star, granted. But, even with no views on her videos, she continues to produce her clips — as a pep-talk for herself as she navigates the tumultuous hallways of school as much as anything else.

What makes this film so special is how well Burnham understands the awfulness of adolescents. It’s an awkward time where your hormones are unpredictable, you’re trying to find yourself and your biggest goal in life is to not come off too weirdly to your peers. As Burnham shows, those stresses are only exacerbated by modern technology, as kids document their every waking moment online in hopes accumulating ever-elusive social likes to validate their behavior. As with her peers, Kayla goes to great lengths to create the perfect snap or Instagram photo: She wakes up, does her hair and makeup, then carefully lays back down in her bed to take an “I woke up like this” photo to share on her feed.

Yes, at 13, every moment — even mundane ones like that — can feel like life or death. Every conversation, interaction, or glance can make or break your day. It’s no surprise, then, that Kayla is plagued with anxiety — it’s an all-too-common trait among today’s youth — and does all she can to avoid dealing with new, unfamiliar situations.

Eventually, she begins to put herself out there — largely based on the advice of her single father (Josh Hamilton). But as she begins to take risks and become more outgoing, she finds herself in a couple of very real and very tense situations. In one instance, she attempts to get the attention of a classmate she’s been crushing on during an intruder drill. In another, she finds herself alone with a high school boy who’s supposed to be driving her home — a glimpse of the more adult situations awaiting her in high school as she’s being pushed out of her middle school bubble.

Elsie Fisher is truly brilliant as Kayla. She absolutely embodies Kayla’s struggles at fitting in and finding friends — to the point where some in the audience may experience PTSD as their own middle school memories come flooding back to them.

Meanwhile, Josh Hamilton strikes the perfect chord as her father who is doing his best to give his daughter independence in the face of his concerns for her well-being. Toward the end of the film, his character opens up to Kayla about every parent’s fears about raising a child. It’s a wonderful moment of a father connecting with his teenage daughter. Eighth Grade is filled with such moments.

Throughout his film, Burnham perfectly captures the ups and downs of middle school emotions, while matter-of-factly peeling back the curtain on what it’s like to grow up in a social media world.

His is one of the best portrayals of adolescents ever put on screen. Eighth Grade is a film that everyone — everyone — should see.

Update at 5:35 p.m.: Hey, so this is really neat! We just got word that Burnham will be in town on Saturday, July 28, checking out screenings at all four of the area theaters showing his film — and sticking around after one screening at each of those theaters for a post-movie Q&A. Check out the details: 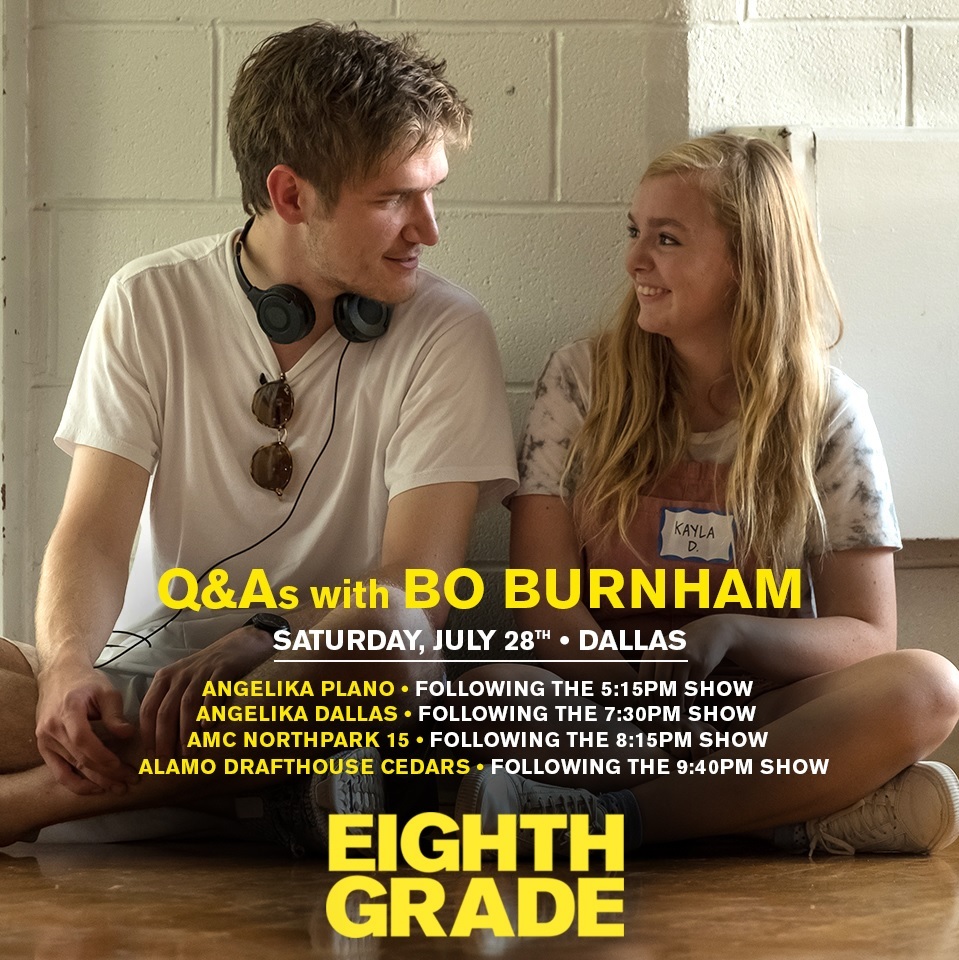