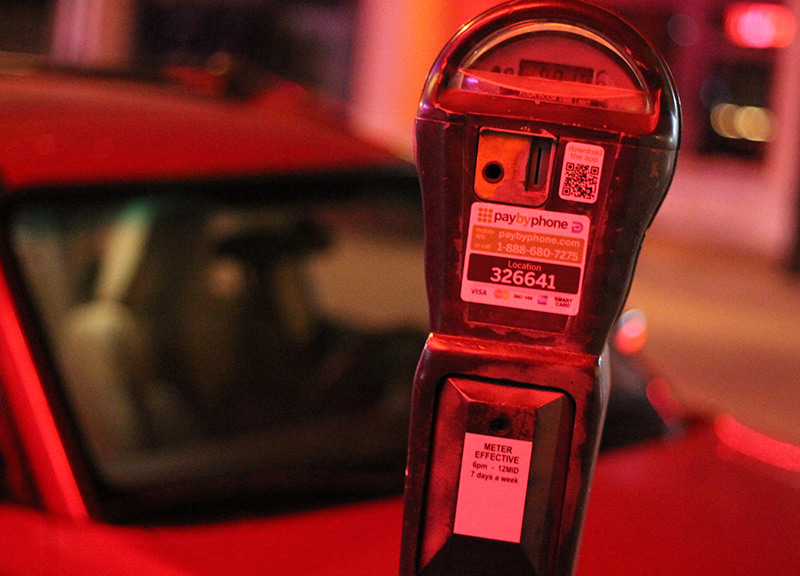 Heads Up: The Parking Rules Have Changed On Deep Ellum Meters.

Parking along the streets Deep Ellum has always been something of a mindfuck: Whereas most neighborhood meters charge for street parking during the day, the city has traditionally taken the opposite route with this entertainment-minded district, only charging drivers for parking in its roadside spots on nights and weekends.

But Deep Ellum parking now looks like it's becoming a little less expensive and a little more convenient thanks to some updates that were made to the neighborhood's parking meters along Elm, Main and Commerce streets this week.

You might not notice these changes if you're not looking, though: The meters, structurally, are exactly the same as they've been for years; the only differences, really, are some new signs affixed to them.

Carefully read those signs, though, and you'll find the changes to be somewhat significant: Whereas the meters previously required weekend drivers to pay for parking from 7 a.m. until midnight, the neighborhood's already-in-place weekday rules of charging only between the hours of 6 p.m. and midnight now appears to be true for all seven days of the week.

In other words: No more paying for parking in Deep Ellum during the daytime on the weekends, it seems. And that's pretty rad.

Perhaps more notable, however, is the other update explained on these meters: No longer do these meters simply accept change; they also accept payments made from your mobile device. Or so it would appear, at least: Meters now instruct change-less drivers to visit a mobile site called PayByPhone.com or to call 1-888-680-7275 to pay their fees.

Honestly, though, as the meters themselves don't appear to have undergone some technological upgrade, we're not entirely sure how the meter knows the payment has been made or if the meter maid is somehow notified.

PayByPhone's site does explain that it will email drivers a transaction receipt, and I'm no lawyer, but that seems like the kind of proof that would probably stand up in traffic court. But who wants things to go that far? No one, we imagine.

The good news? Seems this system is already in place in a lot of other cities, so there's probably an answer here somewhere. And we've already got a call in to Paul Curington, manager of parking enforcement for the Dallas Police Department, to get it.

In the meantime, I guess we can all just revel in the fact that we did get 11 more hours of free parking time on each weekend day.

Oh, and also just for good measure, here's a video from PayByPhone that explains how to pay your meter but doesn't really get into how the authorities are alerted to your payments: