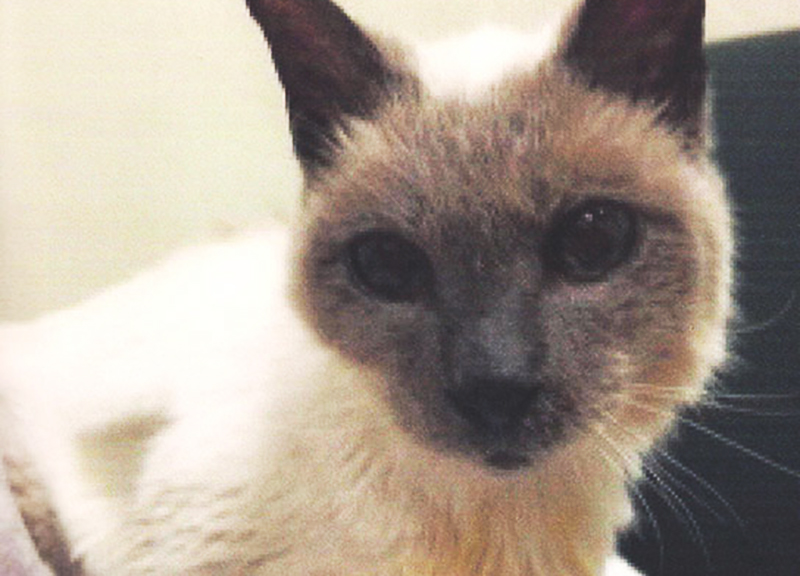 The Oldest Cat In The World Lives In Mansfield. His Name Is Scooter.

Scooter the Siamese cat does not perform rock shows or crowd-surf at them. And, far as well can tell, he’s not especially into the cat show circuit, either.

Scooter, who lives in Mansfield with his owner Gail Floyd, is just old as fuck. And, at 30 years old, he prefers the finer things in life — early-morning activities and a well-cooked piece of chicken every other day. Oh, and traveling! Scooter, who is old enough to have known a world before Phantom of the Opera, the Chernobyl disaster and a Mike Tyson with a boxing title, has been to 45 of 50 states.

Earlier this week, Guinness also named him its world record-holder for the title of World’s Oldest Cat. He takes the honor from a cat from Oregon named Corduroy who didn’t die, but who was just wrongly walking around with the title for a few years despite being three years Scooter’s junior.

Fun fact: According to Guinness, the oldest cat ever was also a Texan. That would be Crème Puff of Austin, who lived three days past its 38th birthday.

Update on Monday, May 16, at 4:16 p.m.: Another reason we could not reach Scooter for comment is because Scooter is dead. Turns out, he was dead before he even earned his title. As common sense and math would indicate, “world’s oldest’ title reigns are often short-lived, even among humans. What a cruel world.