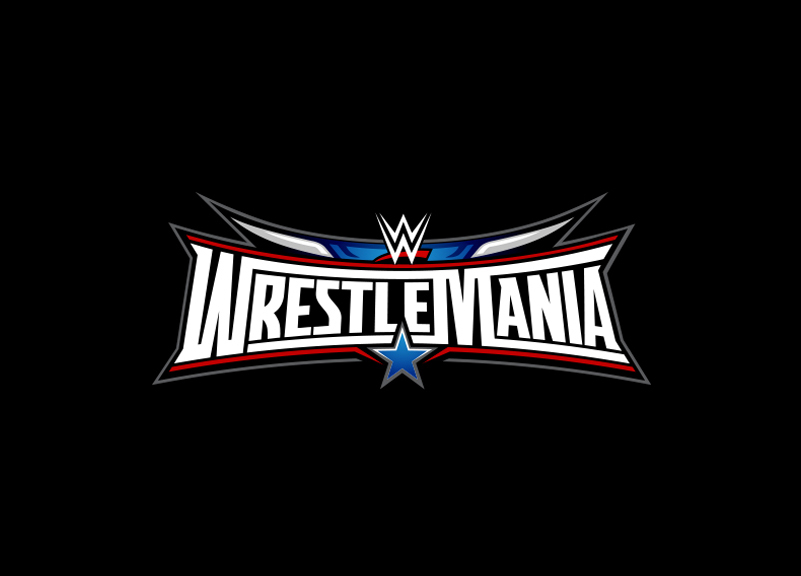 The WrestleMania Card is Set, And It Actually Looks Really Good.

We're now a little less than two weeks away from WrestleMania 32, the biggest wrestling event of the year, coming to AT&T Stadium. And while we've known since the end of the Royal Rumble that a Triple H and Roman Reigns title match would be the main event at WM32, we can now confidently say after last night's Monday Night Raw what the whole card will look like.

See Also:
• How Bout It? // Five Predictions For Jerry Jones' Role in WrestleMania 32.
• Ranked. // The Five Best Wrestling Podcasts For Preparing Your Ass For WrestleMania 32, Brother.
• Money in the Bank. // Your Tax Dollars Are Partially Responsible For Funding WrestleMania 32.

And, injuries be damned, it looks like this could actually be a very good show. Despite some questionable booking decisions and story development, there doesn't appear to be a match on the card that could be flat-out bad.

Let's run down the card.

Triple H vs. Roman Reigns for the WWE Championship. For the second WrestleMania in a row, WWE has put Roman Reigns in the main event, whether we like it or not, dammit. This is a match worth watching — although, strangely enough, not really for the match itself. While the match will probably at least be decent (because honestly, both of them are capable wrestlers), watch the crowd at this one. Vince McMahon has been shoving Roman Reigns down the throats of the audience for almost two years now, and most fans have had as much of it as they can take. Even last year, Roman Reigns was booed massively against mega-bad guys Brock Lesnar and Seth Rollins. On the other side, you have Triple H, the current Vice President of Talent Relations at WWE. He's a 46-year-old part-time wrestler that holds the top championship in the company. Most people realize this is a terrible idea, but would rather see that belt on him than on Roman Reigns, and many people just don't like either of these men. Here, the crowd has to choose between one man who has no business wrestling in championship matches anymore and the new corporate golden boy that the higher-ups are intent on making the audience like. This will most likely be met with either large amounts of booing or bitter apathy. This is basically the 2016 Presidential Election of wrestling matches.

Shane McMahon vs. The Undertaker in Hell In A Cell. Now, this is a match to look forward to! In a Game of Thrones-esque manner, the prodigal son of Vince McMahon has returned to reclaim what is rightfully his, and become the new general manager of Raw. He left the company about six years ago in order to start his own business and, after a large amount of success, he has finally returned. The only problem is that Vince isn't too keen on giving control over to his son Shane just yet. Instead, he's putting him in a cage with The Phenom in the most feared match in WWE, Hell In A Cell. The reason to be excited for this match is because Shane can't really wrestle. Wait, how's that a good thing? Let em explain: For all he lacks in ability, he makes up for it by doing the most dangerous, craziest shit possible. Shane O Mac is pretty much entirely known for falling off of large objects, and there aren't many objects larger in the WWE than Hell in a Cell.

Dean Ambrose vs. Brock Lesnar in a No Holds Barred Street Fight. Out of all the matches happening at WrestleMania, this has the most potential to steal the show. For the past couple months, Dean Ambrose has been hell-bent on proving to Brock Lesnar that he can hang with him. He's been beat down by the Beast Incarnate week after week, but at the Grandest Stage of Them All, they're going to be on an even playing field. There are going to be weapons strewn across the ring for both competitors to use — everything from steel chairs and wooden sticks to ladders, tables and even barbed-wire bats. Oh, and a fucking chainsaw. Dean may not be able to put slay the beast, but it's going to take one hell of a fight for Brock Lesnar to conquer Ambrose.

Kevin Owens vs. Sami Zayn vs. Dolph Ziggler vs. Zack Ryder vs. Sin Cara vs. The Miz vs. Stardust for the Intercontinental Championship in a ladder match. Frankly, this match should have just been between Kevin Owens and Sami Zayn. These two have had a rivalry that has literally taken place for more than a decade now across multiple companies, and to see it all culminate in front of more than 80,000 people would be a spectacular bookend. At the very least, though,ladder matches are always fun and all these guys are very capable wrestlers. And, hey, it's nice to see Zack Ryder in a WrestleMania match after being buried as a loser for the past four years.

Kalisto vs. Ryback for the United States Championship. This is what should have been the multi-man ladder match. Kalisto is an amazing high-flying luchador that would have been able to show off some amazing stunts, and Ryback isn't that exciting of an opponent sans a gimmick like a 20-foot ladder. These two might still be able to put on a good showing, but this feels more like a missed opportunity than anything else.

Charlotte vs. Sasha Banks vs. Becky Lynch for the WWE Divas Championship. This could easily go down as the greatest women's match in the history of the WrestleMania. That's not saying much, because there's been pretty much no great women's matches at WrestleMania, but if any three women could pull it off, these are the three to do it. Since they came in back in August, they've been putting on some stellar matches on Raws and PPV events, and have been slowly raising the standard of women's matches in WWE to the point where people actually care about this feud. These women have had several fantastic matches before, and you shouldn't expect anything less from them at the biggest event of the year.

The New Day vs. The League of Nations for the WWE Tag Team Championship. This falls under a similar category as the U.S. Championship match in that this should have been a multi-team match. Both of these teams have good wrestlers on them, but we have seen this match several times over the past month in various forms, and it's become tiresome. WrestleMania has a history of fantastic multi-team ladder matches, and WWE missed an opportunity to have another one this year.

The Usos vs The Dudley Boyz. As I said above, there's no reason these two teams couldn't have been inserted into the tag team title match — especially when you have such great veteran workers as Bubba Ray and D-Von Dudley. Regardless, this match is most likely being put on to put over The Usos as the next big tag team, and both of these teams are still very good, so they should be able to still put on a solid tag team match.

Andre The Giant Memorial Battle Royal. Remember when Cesaro got that big push after he won this two years ago? Or when The Big Show did so much with it when he won it last year? Yeah, nobody else does either. But it's just on the pre-show, and battle royals are usually entertaining. It's a harmless warm-up match that should get the fans ready for the real action to start.