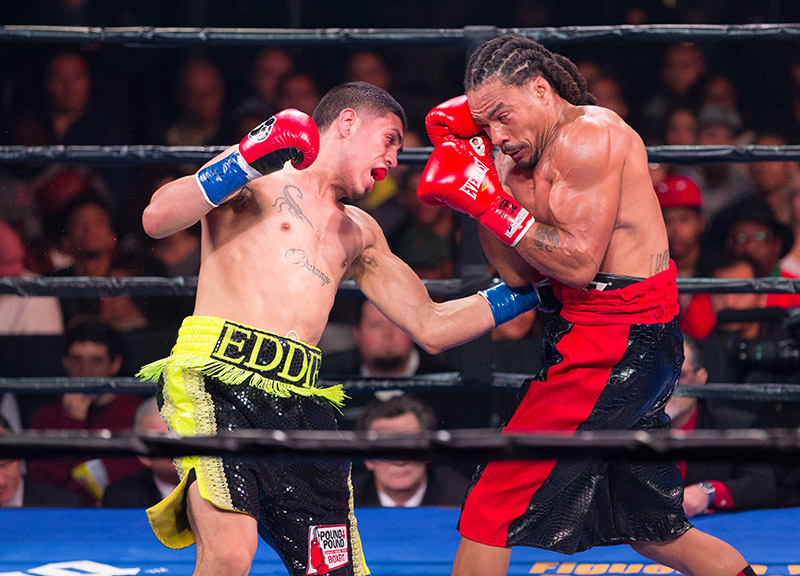 On Saturday, the still-new Deep Ellum venue The Bomb Factory flashed a cool, fresh side to itself — one that audiences had, to this point, not yet seen.

Literally overnight, the venue seamlessly transformed into a arena fit for a day of professional boxing fights that would be simultaneously broadcast live to television sets nationwide. Just 12 hours earlier, our newest favorite venue in Deep Ellum played host to a concert as it normally does, with Big K.R.I.T. headlining that affair.

The scene on Saturday afternoon was a more unfamiliar one. Instead of the large, expansive stage being the focal point of the 4,300-person-capacity venue, the space’s floor was covered with chairs, which served as a reserve section of seating this day. The centerpiece of it all was a large boxing ring in the middle of the floor, right where the general admission standing section of the venue typically is. The mat sported a giant Corona Extra insignia while the turnbuckles featured the Premier Boxing Champions signage, the host of the day’s event.

The oddest thing about the event? That it didn’t feel like an awkward fit at all. The venue accommodated the ringside judges, commentators (who so just happened to be the legendary Marv Albert and iconic Sugar Ray Leonard), corner crews and a whole lot of fans quite easily. The number of TV cameras surrounding the venue’s balcony didn’t look at all out of place, either. NBC looked right home broadcasting this PBC series.

Local phenom Errol Spence Jr. (19-0, 16 KO) of DeSoto wouldn’t say it when he was interviewed on stage, but it’s a good bet he was happy that The Bomb Factory was able to play host to his hometown bout against Alejandro Barrera (28-2, 18 KO). The 25-year-old Spence made easy work of his opponent, sealing the deal with a fifth round knockout. For the first three rounds, Barrera and Spence traded poundings on each other, with Barrera landing uppercuts and Spence landing a barrage of jabs and hooks. It wasn’t until the fourth round, though, that Spence began to wear down Barrera with jabs and body shots. Then, heading into the fifth round, the hometown Bomb Factory crowd began to chant Spence’s “man down” catchphrase — and, with that, Spence worked Barrera against the ropes, landed an impactful body shot and then followed it up with an unrelenting combo before Barrera decided he was done and the referee called the match for a TKO.

Spence has become a star in the welterweight division. With the win, he now ranks in the top 10 of the weight class. And, after his convincing coming out party on national television, the hometown hero had a few choice words about his future.

This bout versus Barrera was an elimination match, which only puts Spence one step closer in line to challenging the champion. But with the talent he displayed on Saturday afternoon, it should only be short amount of time before Spence gets his chance at the champ and the IBF belt.

Although Spence’s match felt like the main event, it wasn’t the last fight of the day. In fact, it was just one in a series of fights meant to fill the TV broadcast before the main event of Jermall Charlo (22-0, 17 KO) making his first IBF junior middleweight title defense against Wiley Campfort (21-1, 12 KO). In an uneventful four rounds, Charlo dominated the bout with jabs and powerful hooks before landing a devastating uppercut that brought Campfort to his knee. After that, the referee called the fight and Charlo defended his belt.

It’s worth mentioning again, though, how effortlessly it seemed that the Bomb Factory was able to host such a high-profile day of boxing. The space has already established itself as one of the city’s top concert venues.

Only seems a matter of time before it’s a hub for all things entertainment. 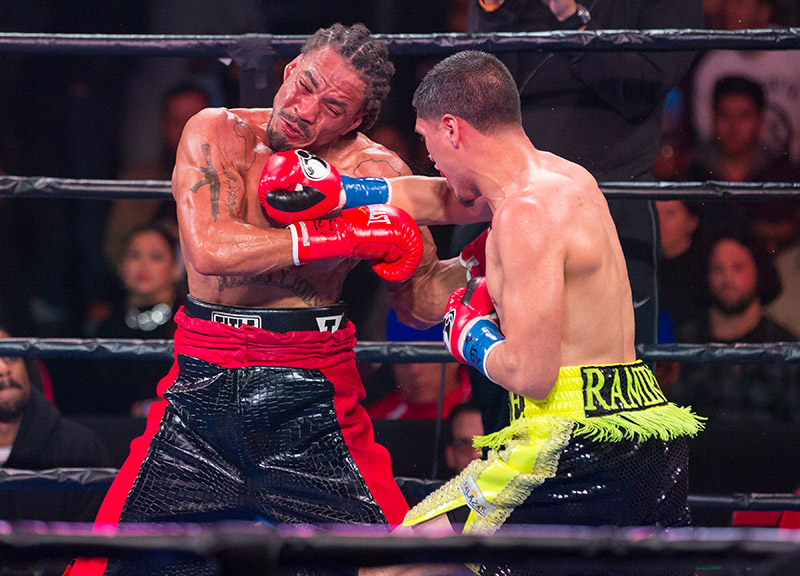 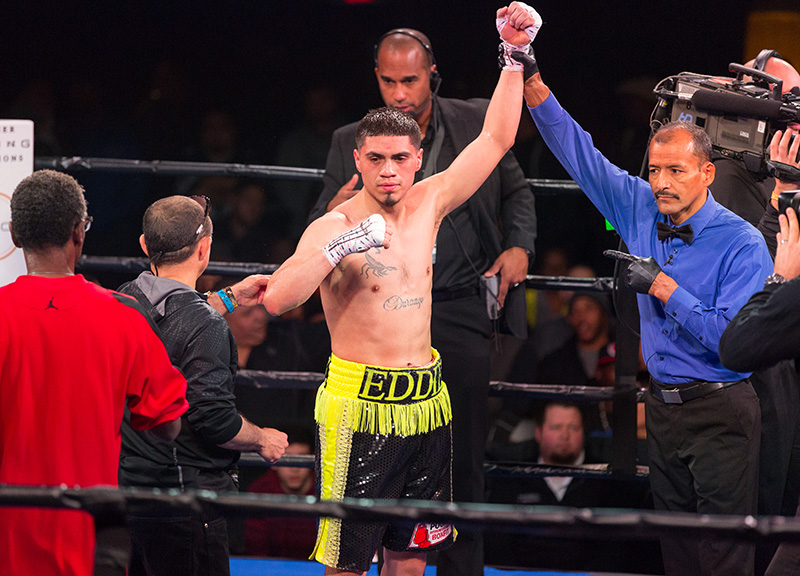 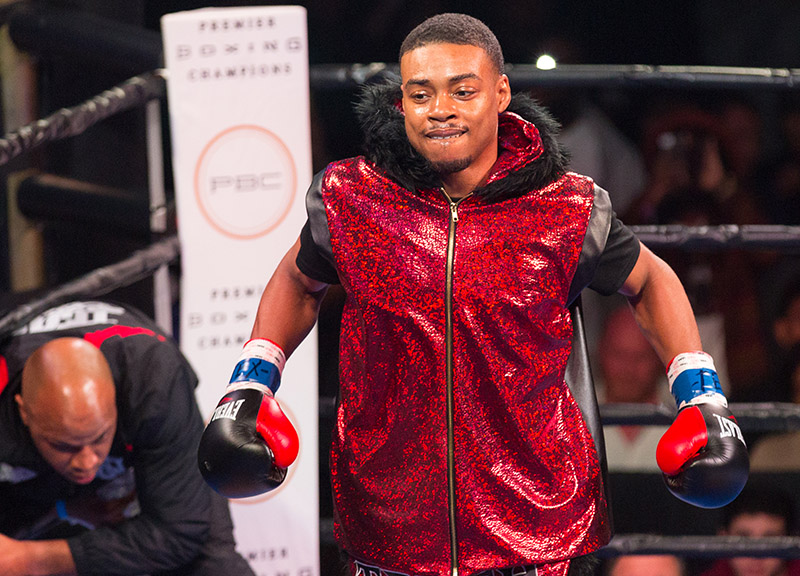 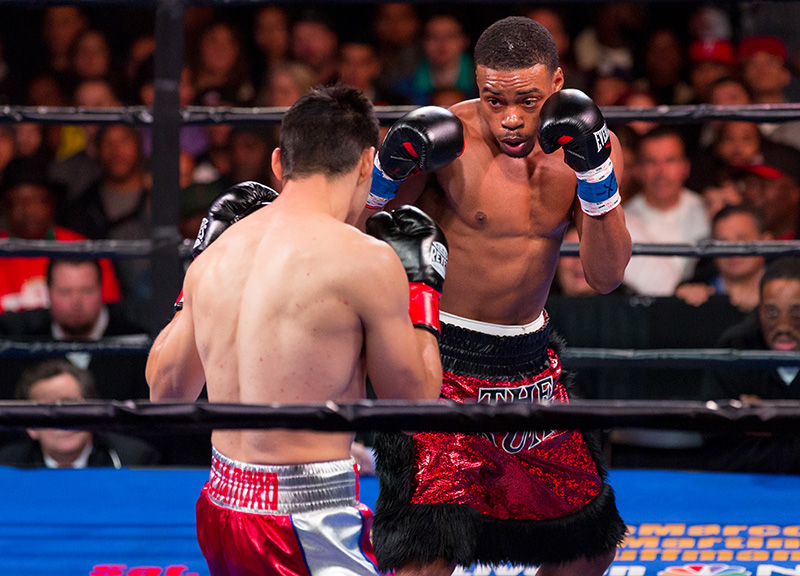 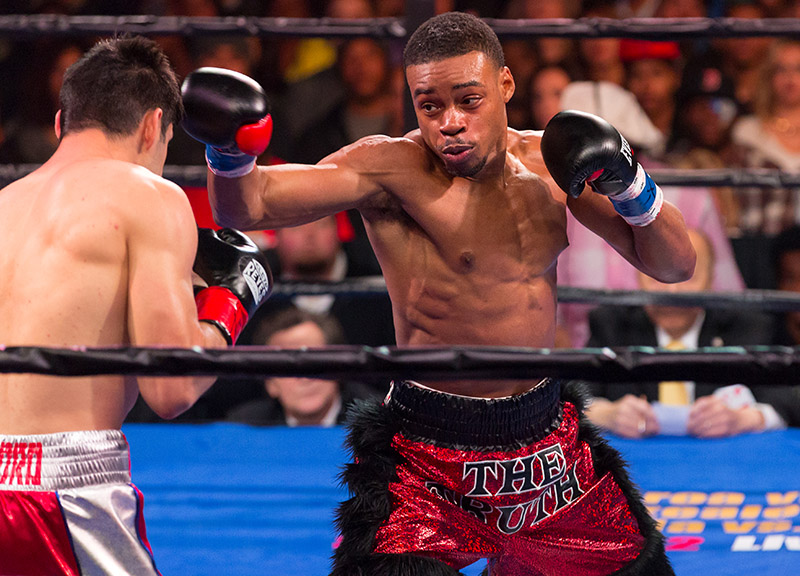 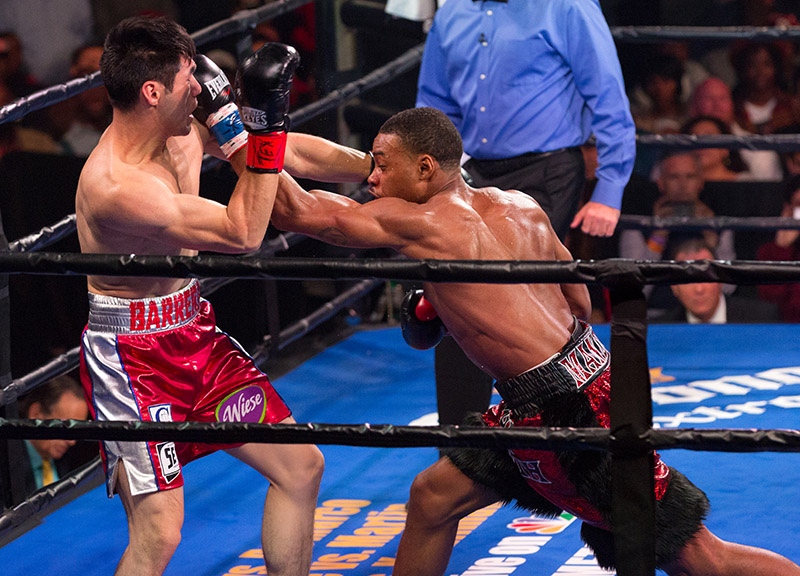 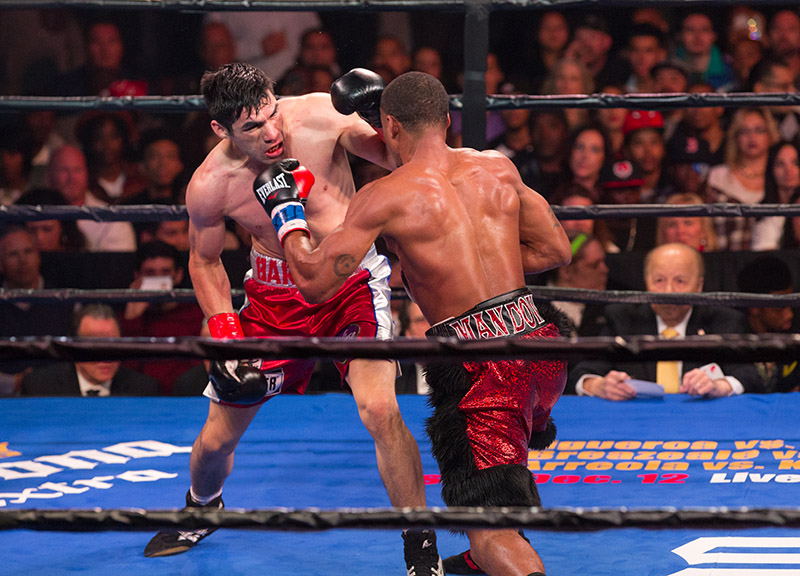 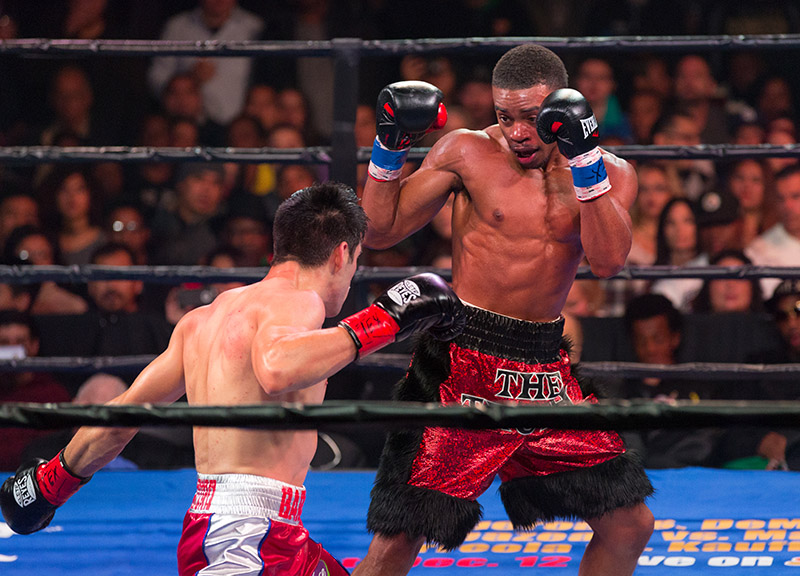 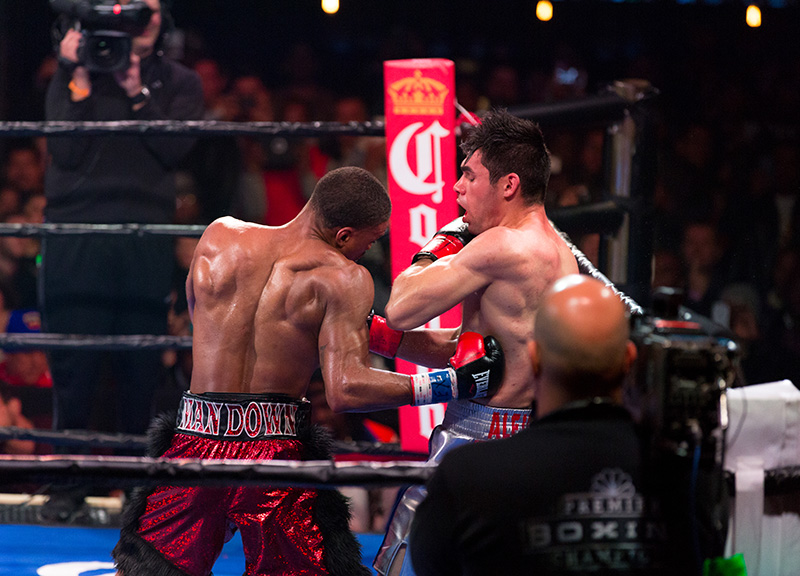 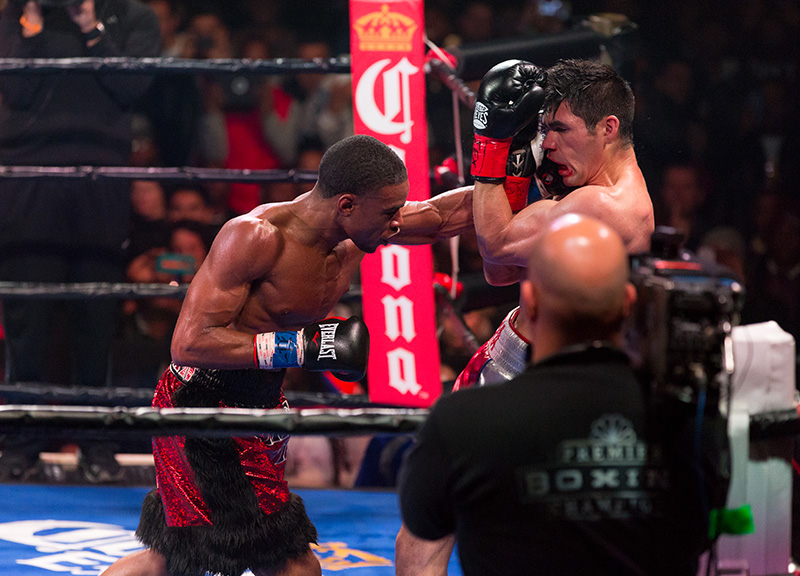 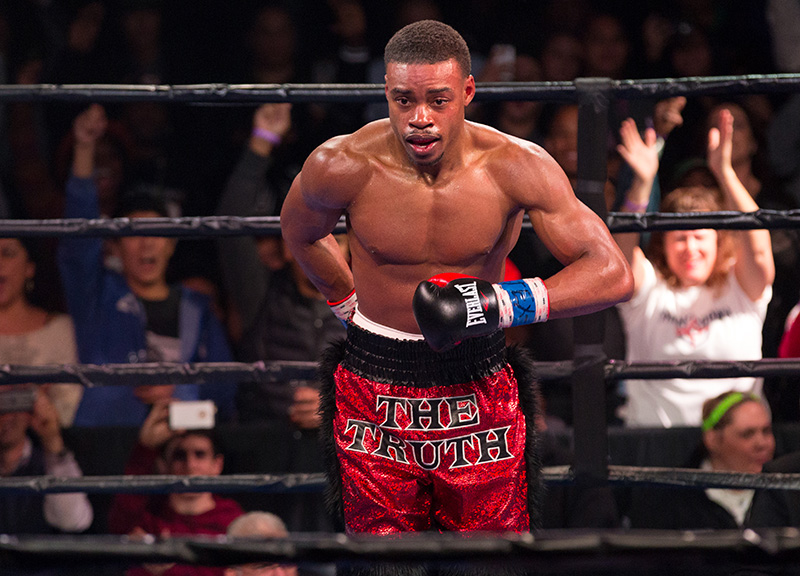 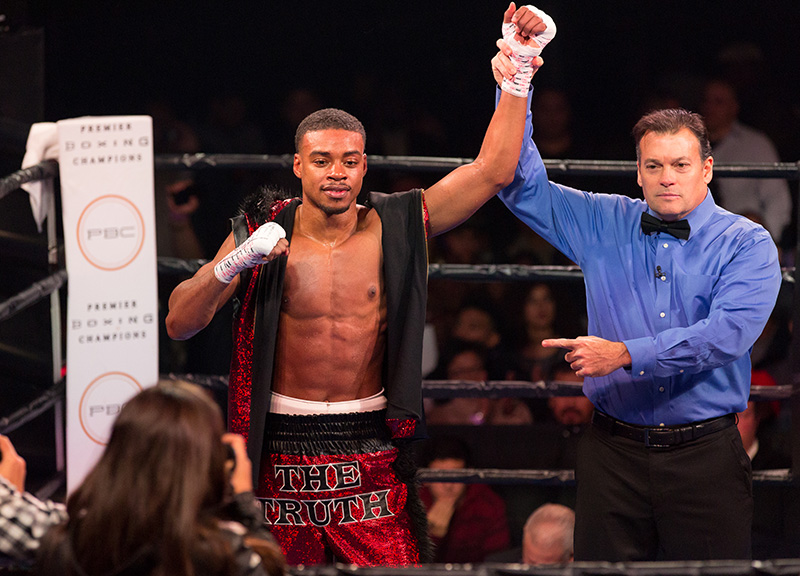 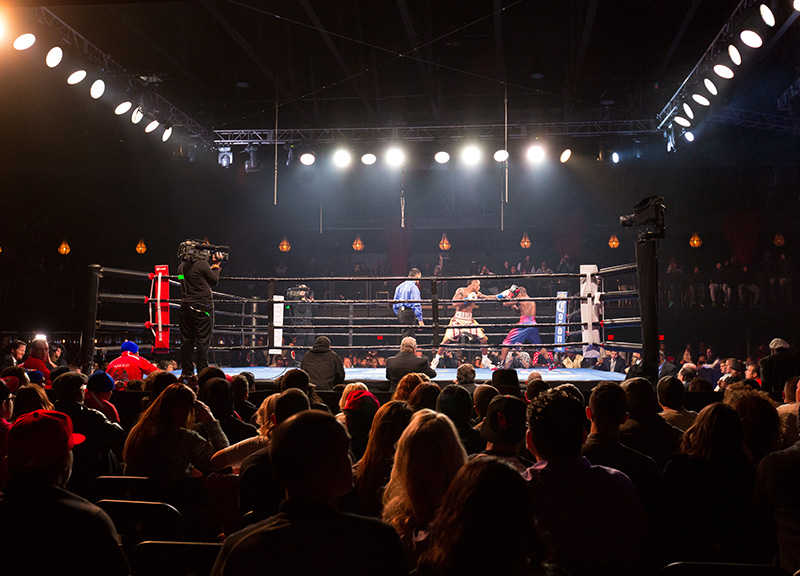 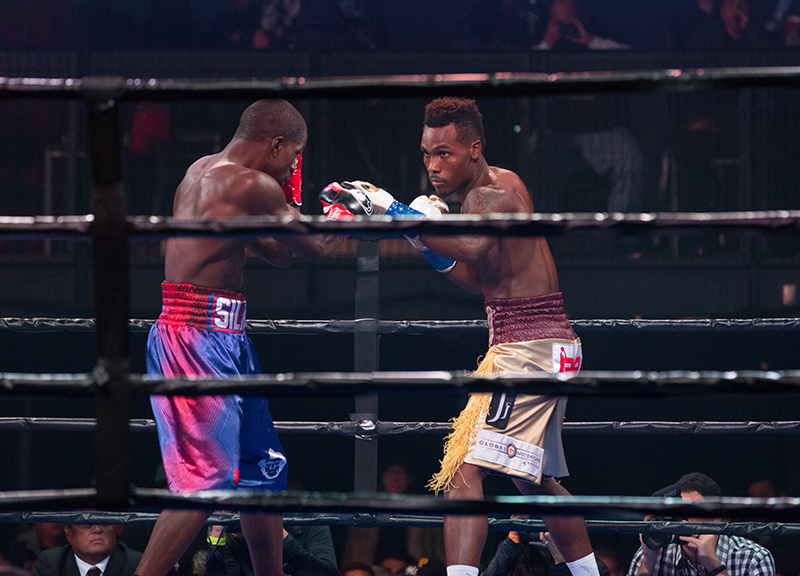 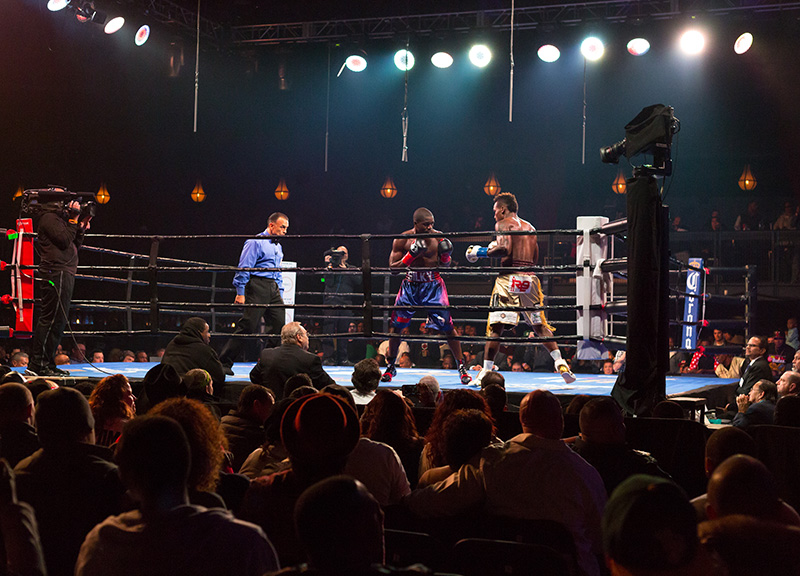 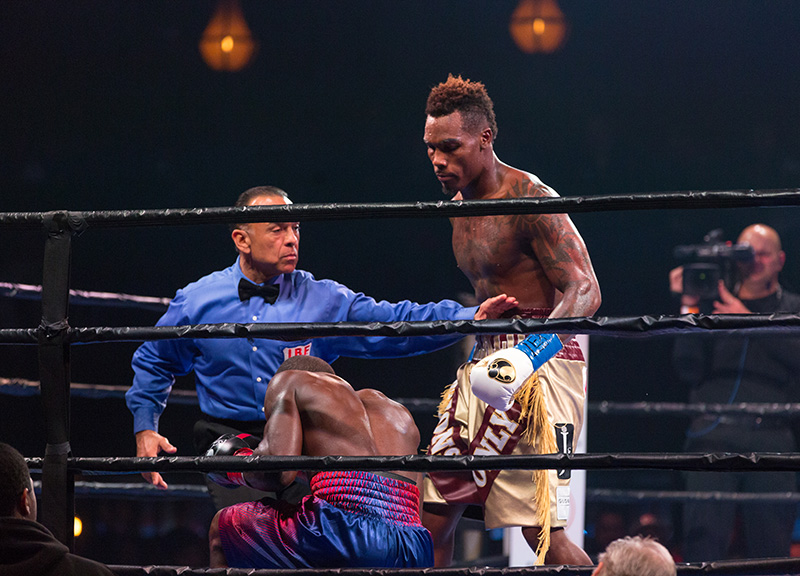 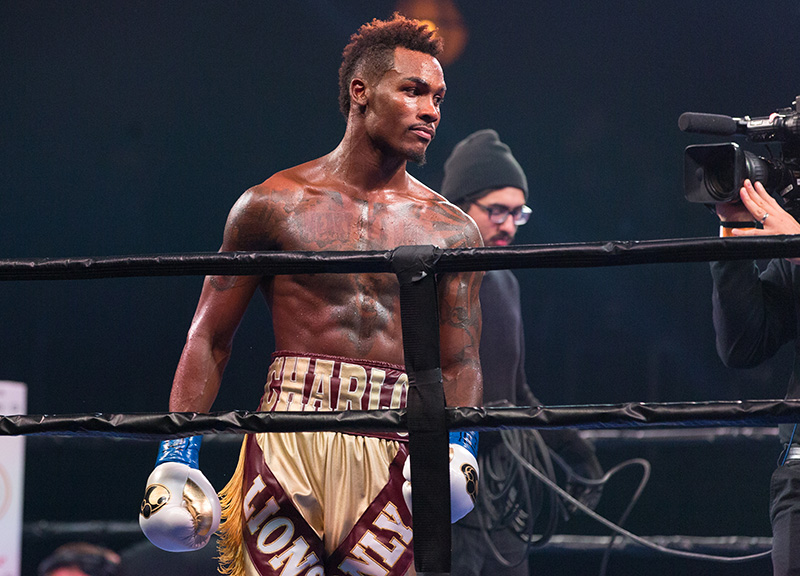