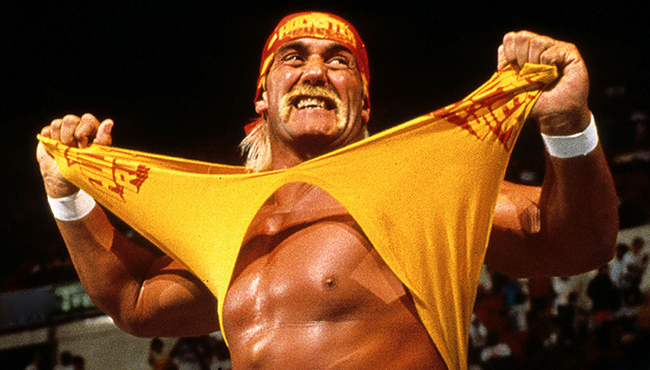 Listen up, brother: We’ve been hyped for a while now on the news that the WWE will be bringing Wrestlemania 32 to Arlington’s AT&T Stadium on April 13, 2016.

But, aside from some possible storyline teases, details on the event have been mostly scant. Until today, of course.

This afternoon, the WWE has released some major information about the event — the most important being that tickets to the big event itself will be going on sale starting at 9 a.m. (Central) on Friday, November 6, through Ticketmaster. Tickets will start at $18 (probably nosebleeds, but still!) with ringside VIP seats going for $2,360 per, but also including a commemorative WrestleMania 32 take-home folding chair.

In light of a stupid, Arlington- and sports-related controversy from this morning, it’s probably worth noting that the press release from WWE also states that AT&T Stadium is in Dallas and not in Arlington. Whoops!

That said, Dallas — a city with a fine, even legendary wrestling history — will indeed be the hub for a majority of ancillary Wrestlemania affairs in the days surrounding the big event. No dates have been announced for these events yet, but the release confirms the following goings-on — in addition to “more than a dozen activities designed to give back to the host community including “Be a STAR®” anti-bullying rallies, hospital visits and Make-A-Wish events” — as taking place:

• WrestleMania Axxess. According to the announcement, this is “WWE’s four-day, interactive fan festival at the Kay Bailey Hutchison Convention Center.”
• WWE NXT. Dark matches, I guess? Not sure, but it’s at the Kay Bailey Hutchison Convention Center Arena, which I don’t think I ever knew was a thing.
• The 2016 WWE Hall of Fame Induction Ceremony. This will go down at the American Airlines Center. And likely include some Von Erich shout-outs if they know what’s good for ’em, right?
• Monday Night Raw. The night-after clean-up from the big Sunday night show will also be hosted at American Airlines Center. It’s always a madhouse and a lot of serious stuff goes down. Tickets to this one might be as coveted as Wrestlemania itself for a select few out there, I’m sure.

Head here to see the whole release if you’re curious.