Oak Lawn's Scotch & Sausage Is Exactly What It Says It Is.

Only two weeks after opening, Oak Lawn's Scotch & Sausage is proving that, sometimes, it's better just to do a few things and concentrate on doing them really well.

The latest comer in Dallas' hyper-niche restaurant scene is a combination beer garden and street food destination where the menu focus is exactly what its name suggests. Scotch & Sausage's Los Angeles-inspired concept focuses on street food with German and Belgian influences, but with a nouveau Dallas feel. Here, diners can choose from a menu of more than 20 sausages, 100 whiskies, Belgian fries and Scottish eggs — and that's about it, aside from a selection of dipping sauces, toppings and pickled foods, like watermelon with red onion.

According to the restaurant's owner and creator, Dylan Elchami, that's the whole idea.

“Meat, potatoes and a pickle to ease off the pain a bit,” he says, matter-of-factly.

Yup, Elchami and chef Trevor Ball of the Kuby's Sausage House family make it seem all too easy.

“The menu was pretty easy for [Ball] to develop, but it was probably hard to work with me to streamline it,” Elchami says. “I have the conceptual idea. He has all of the big ideas, and I take all of his big ideas and fit them into the template we have.”

Despite sausage comprising the bulk of the menu, though, Elchami and Ball made sure that there's still a wide variety of it to choose from. Different types the pair offer range from your standard beef and pork options to more exotic offerings such as boerewors (a South African-style sausage made from antelope and beef with a Texas spin), turducken mole, wild boar bulgogi and venison adobe, just to name a few.

“We decided the general idea of what kind of sausages we wanted to see,” says Ball about the menu's versatility. “Yes, it's all sausage. But we want some diversity.”

Even without much variety in its menu, Scotch & Sausage still offers the perfect combination of hearty meats with salty potatoes and freshly made dipping sauces — including a house-made ranch and a mayonnaise-based bacon chive aioli. The Scotch eggs, meanwhile, take you on a texture and flavor journey, as Ball's take on the traditional breakfast food is a soft-boiled egg wrapped in fresh pork sausage coated with cornflake-spiced crust and deep fried. The Belgian fries are the right balance of crispy and soft, with a chip-like outside that gives way to a mashed potato center.

Here, it's about knowing that the simple things work best.

For Ball, that knowledge began coming at an early age. While growing up learning the family craft, the 19th-generation sausage-maker quickly figured out that he had big shoes to fill. These days, Ball still develops his recipes with his grandfather, Karl Kuby, while typically blending his Texas roots into his ancestors' German traditions.

He takes it a step further, too, with his dedication and emphasis on using the best local ingredients. It's something Ball became passionate about through his involvement with farm-to-table initiatives while living in Los Angeles, and his passion shows right down to his process.

“Our sausages are always made with love,” Ball says. “You will literally see me back there singing songs to my sausage when I'm making it.”

The love definitely shows: Scotch & Sausage has been so busy since its opening that a lot of the prep work has been outsourced to Kuby's up the road — thus making sure the house recipes are kept both in the family and as local as possible. All other ingredients used in the restaurant are made and produced within the area and neighborhood, too.

“If I say it's local, it's gonna be local,” Ball says. “It's the whole idea of using local people, using local resources to develop something that is purely local.”

For the whiskey side of things, Scotch & Sausage's expansive drink program covers an array of whiskey from seven $5 Scotches and whiskies to top-shelf choices upwards of $60-70 a pour. The idea is to attract a diverse clientele with a range of options. The owners also say they're considering adding a “Scotched sausage” and a whiskey cake in the future. Besides Scotch, there's also a selection of beer and wines to choose from.

And though it's still early in its run, Scotch & Sausage seems to be in the right position to change the focus of an often underrated meat stuff, ushering in a higher standard for sausage and the late-night food scene alike.

“Dallas is growing up,” Ball says. “People need that new flavor, and that new flare. We're here for Dallas. And that's what we want to be here for.” 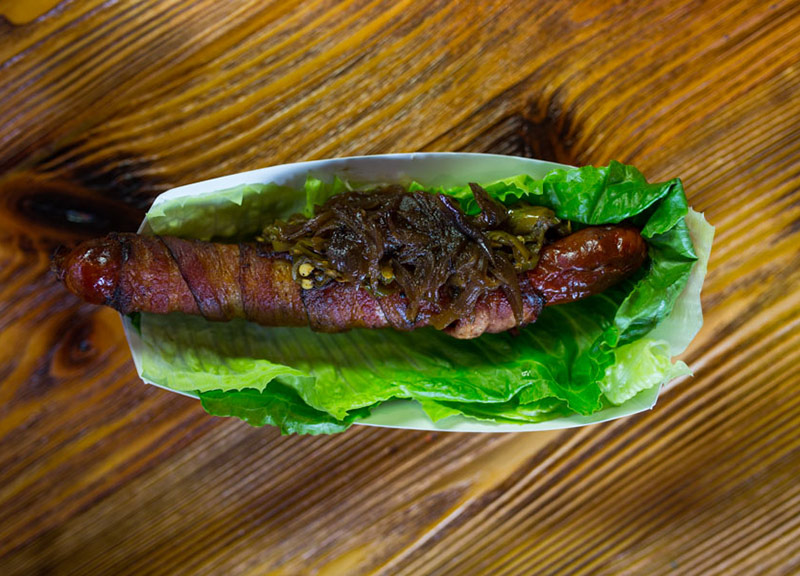 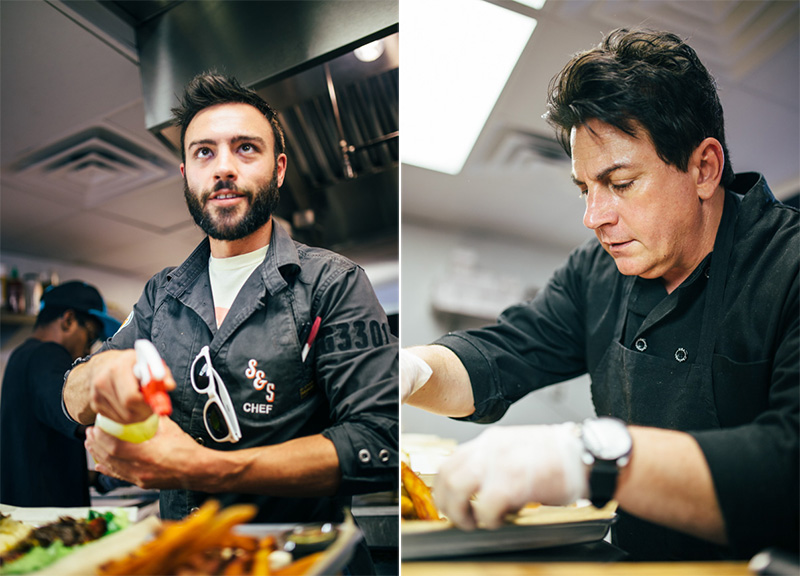 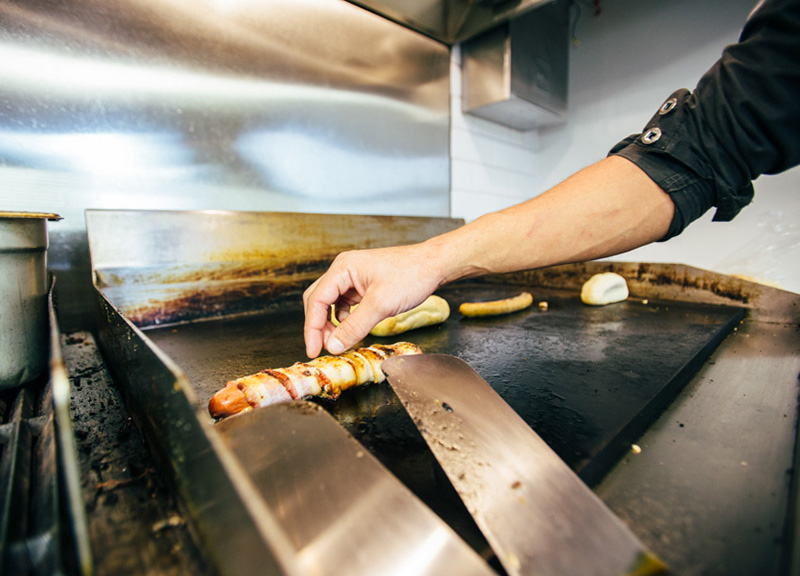 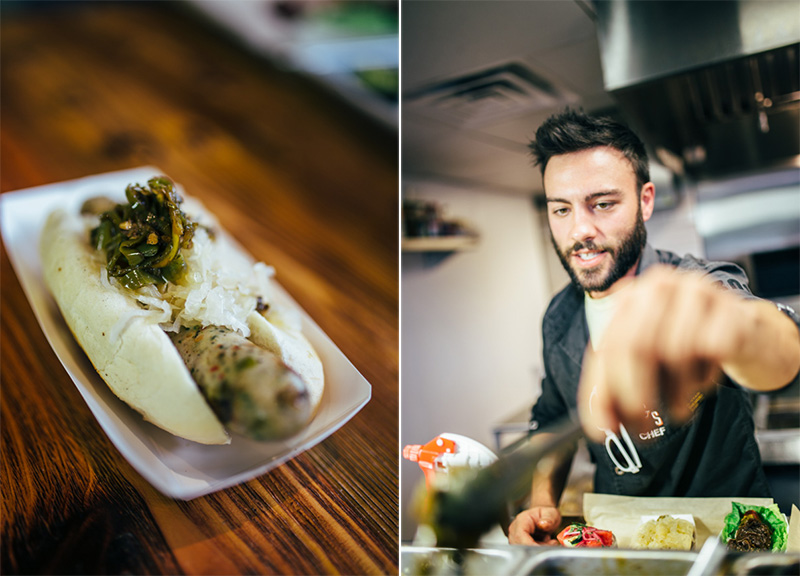 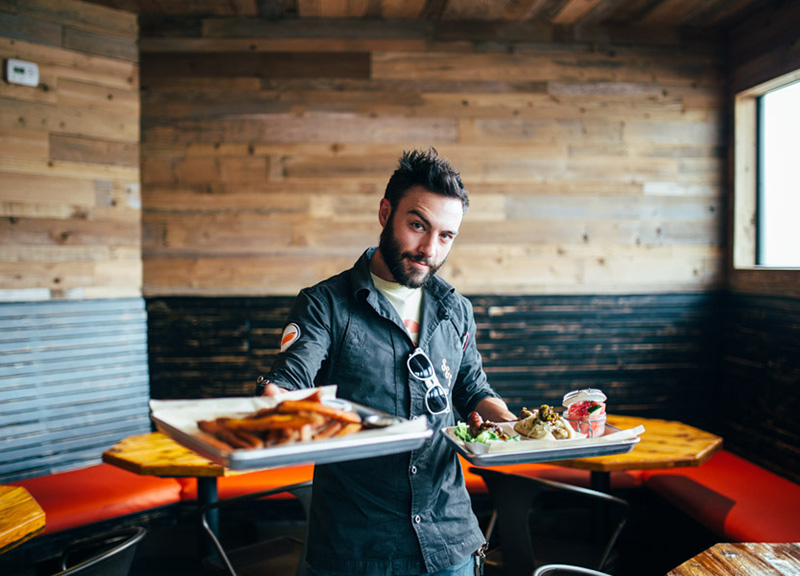 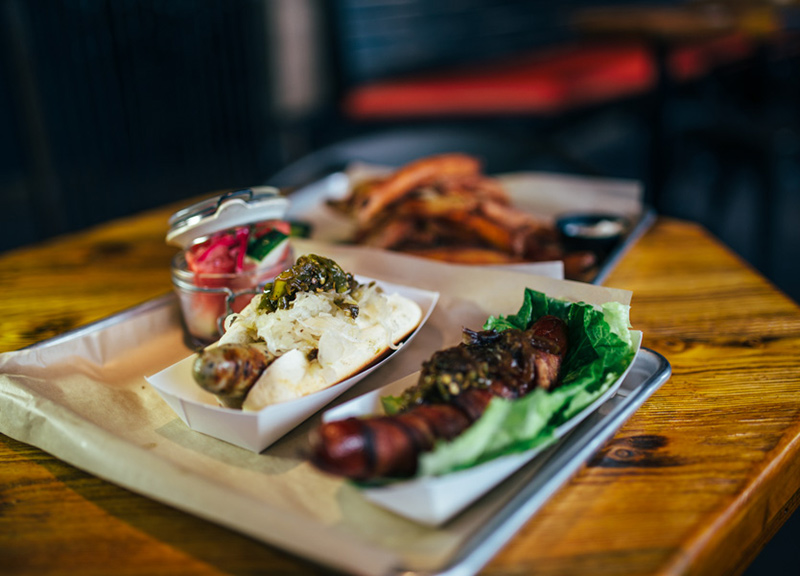 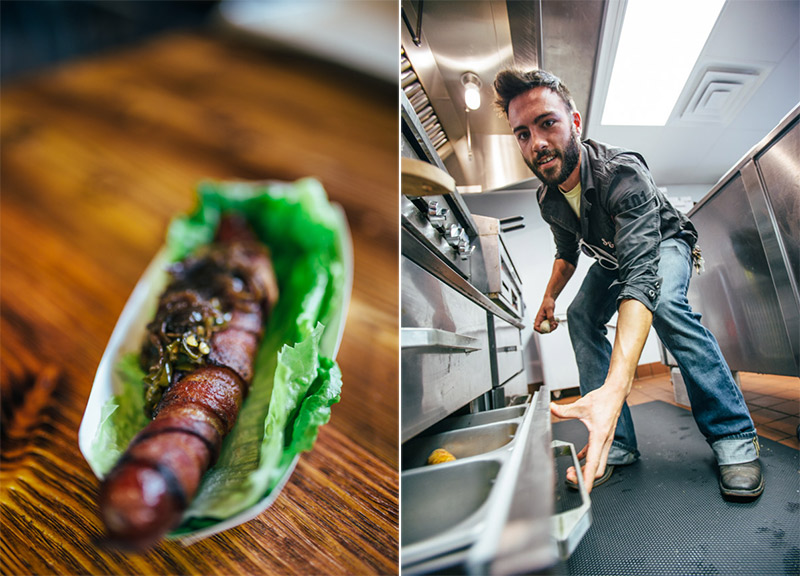 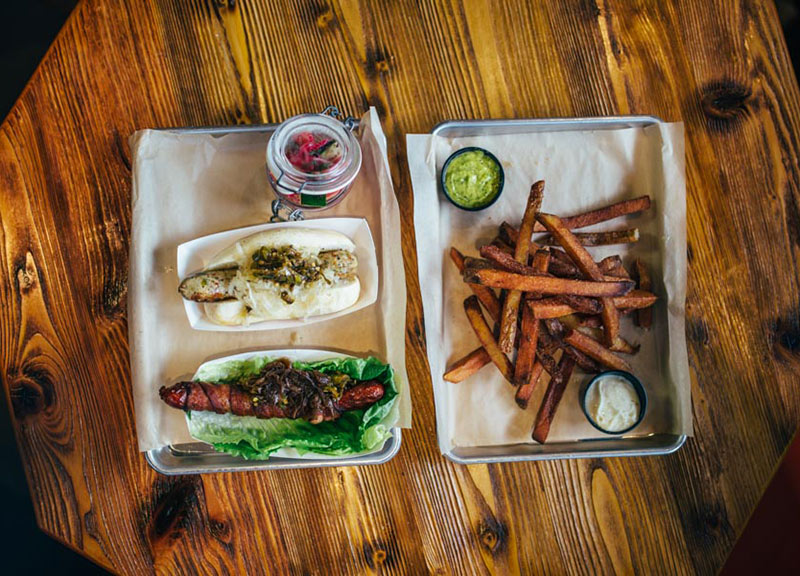 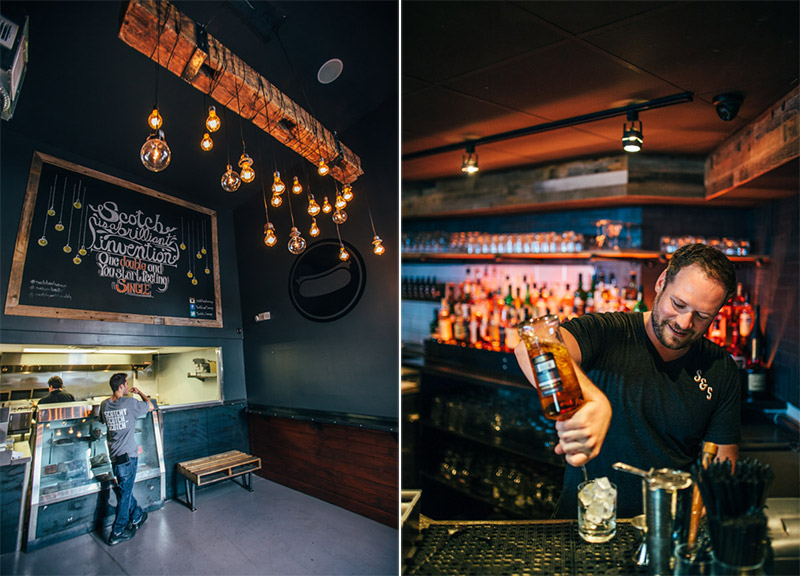 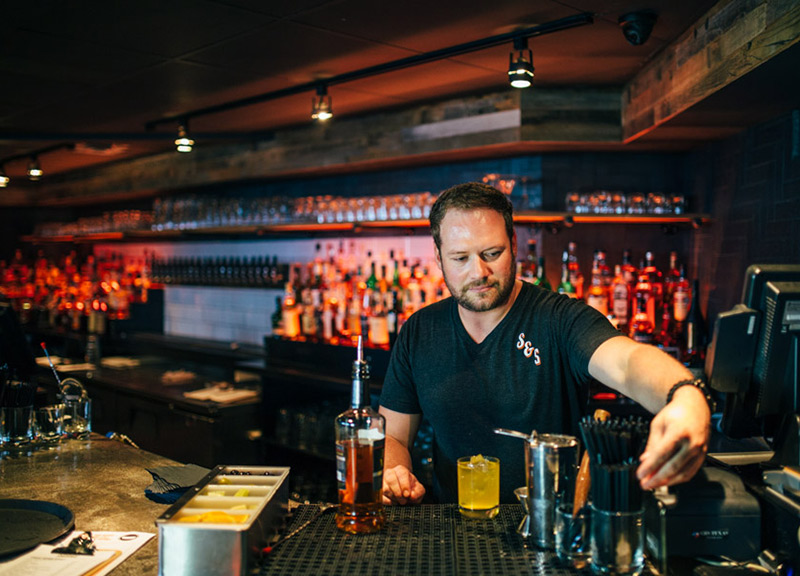 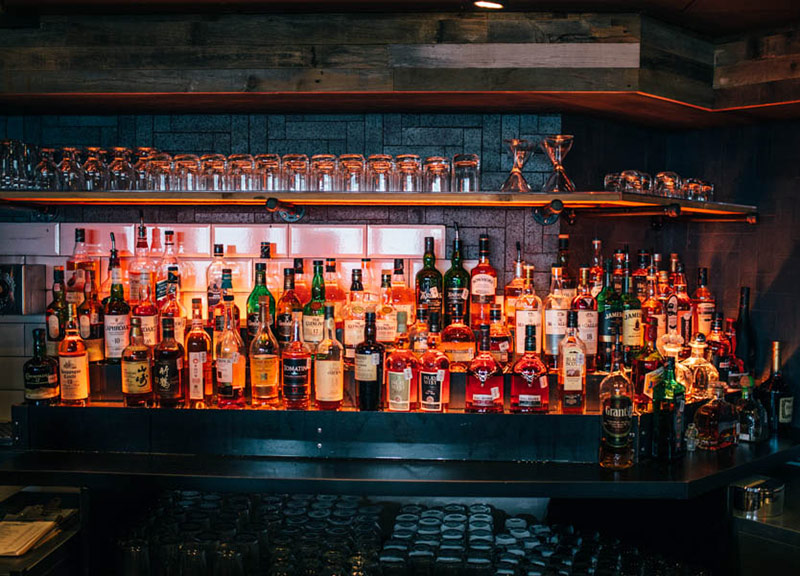 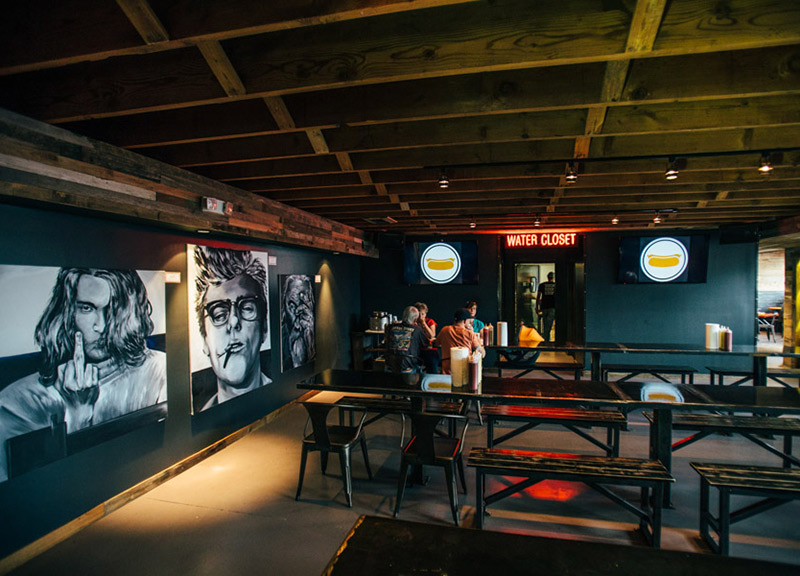 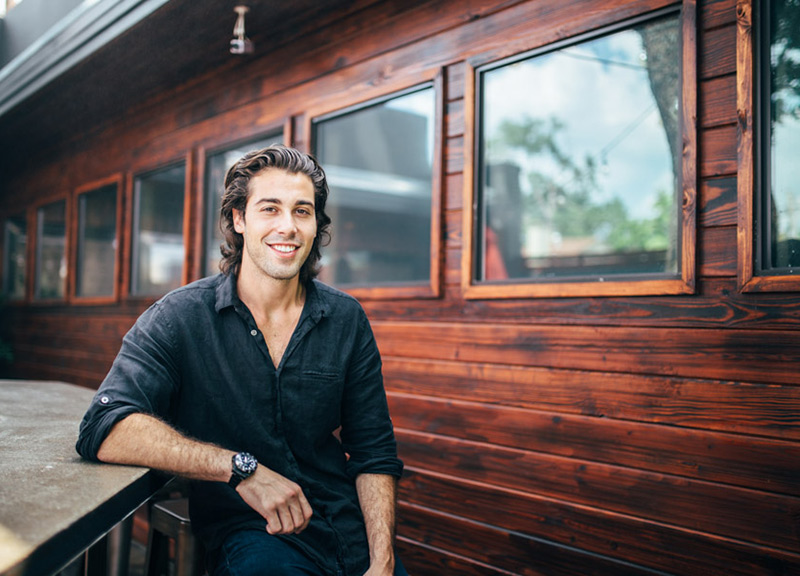 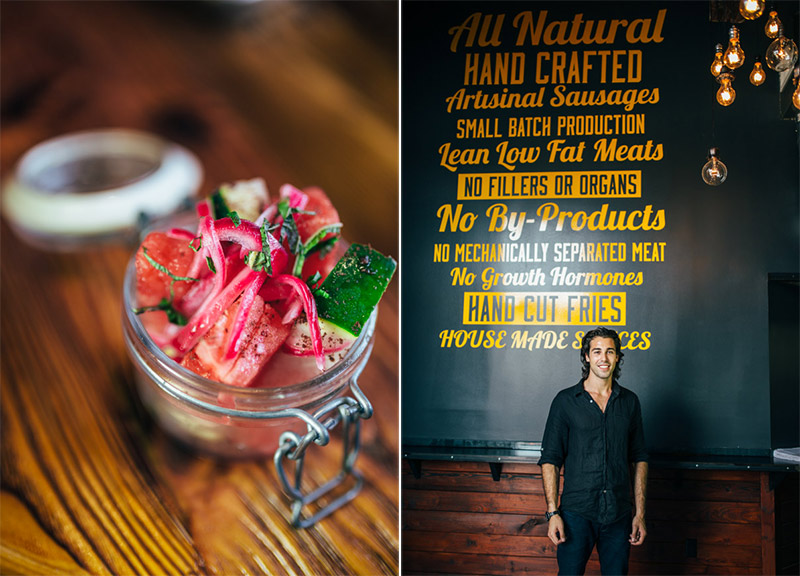 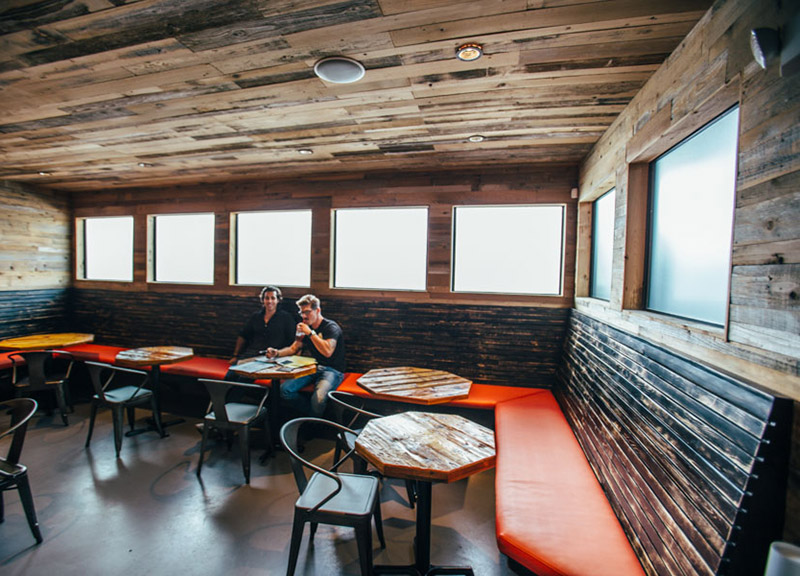