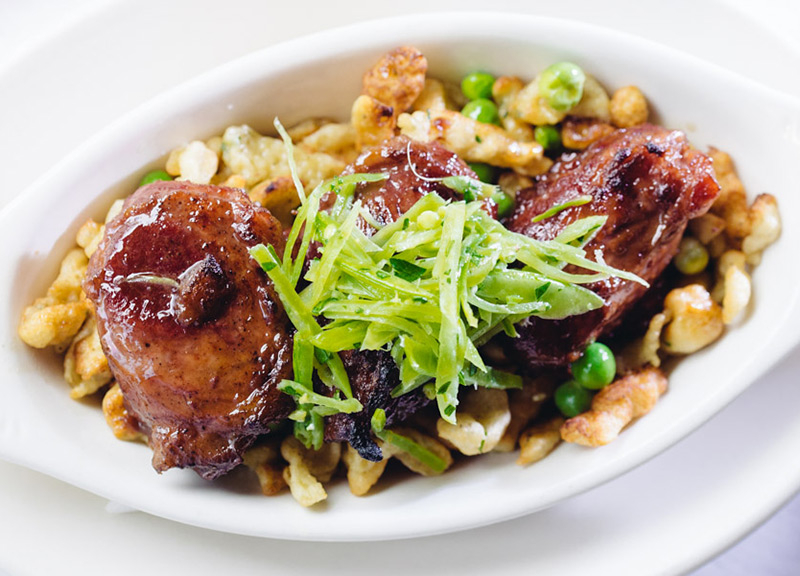 Beer and food are an important combination. Sure, eating helps to make sure you don't get drunk too fast but, more important, beer opens up a whole new landscape of food you probably wouldn't express interest in sober.

I mean, we all know how much you love that fully-loaded pizza after you've drank that first pitcher.

While some of us seek out the greasiest piece of “food” we can find in this state, others just want anything that is packed with protein and doesn't taste like cardboard. Enter Meddlesome Moth.

The Meddlesome Moth is one of the top beer destinations in Dallas if you're looking for a place to try that obscure beer your friend keeps praising and to eat some damn good food while you're at it. The bar boasts more than 120 beers in total, so it only makes sense that they have a more-than-special menu to keep up with the amount of drinking you'll inevitably be doing.

Two items on the menu in particular fall to the more obscure side of bar food. The ingredients are a bit weirder, and presumably not something you'd crave while sober. But, for some scientifically inexplicable reason, the sound really freaking good right around your fourth pint.

The first dish is the meaty, hearty, crunchy and moist Berkshire Pork Cheek. Ever seen a pig and just wanted to squeeze its chubby cheeks? Well, this is better — basted, moist pork cheeks that are served over a crispy spätzle. It's basically everything you could hope for in a meal while drinking: copious protein and plenty of empty carbs, served together and in a rather generous portion.

The other dish of note here is a veal sweetbread. Sweetbreads may not be your cup of tea — y'know, being glands and all — but the preparation put into this dish really makes it extra delicious. Basically, they become a herb, milk and butter-infused vessel in this setting. Though perhaps not-so-appetizing in their raw form, these things become packed with all the flavor you could want once cooked.

To learn more about eating these exciting bar food treats, we recently chatted some with chef Richard Graff, who started at Meddlesome Moth just three weeks ago after working at Gemma.

So you just started about three weeks ago at Meddlesome Moth. What drew you here?
I talked to the people at Meddlesome Moth a few years ago after I left Cook Hall. I talked with them a little bit and then I met Stephen Rogers at Gemma and kind of pursued that. I wanted to help him get Gemma opened. These guys got back to me a few weeks ago, and I guess they just sort of wanted to shake things up and we started talking. And, now, here I am.

Obviously, you haven't really had time to get your hands on the menu too much yet. In the future, what are you going to try to do?
Initially, in the short run, I'm going to tweak a few things on the menu that need seasonal changes. Then I'll start running some specials, my plates. Right now, summer-wise, I'll probably make a house-made goat ricotta with some kind of pesto and crackers or grilled bread. Or something of that nature. I'm going to do some pastas — they haven't done pastas here at all — so I'll do some house-made pastas for sure. The rest will be just sort of tweaking the ways they're doing things. We wanted to elevate the level of how we're producing things on the menu right now.

What's the approach to making the pork cheeks?
We put a cure on them and then braise them till they're nice and tender, and then we cool them down in their jus. The spätzle is made is house. Then, when we pick them up for order, we crisp them up in butter. So they're kind of brown and crispy, which gives a different texture from the soft, succulent cheek. The cheek gets warmed back up again in the jus and glazed over as the jus reduces. That gives it a really pretty color.

Why pair the spätzle with the cheek?
So many people are worried about what the flavor is, but so much of food has to do with texture as well. Having textural changes as your eating. Having something that's soft and juicy with something that crispy…

What about the veal sweetbreads?
The sweetbreads get soaked for a couple of days in milk or, if we have it, whey. We soak those for a few days and that helps to draw out the iron, raw flavor from the blood in the sweetbreads. Then they're poached to medium rare and pressed. When we pick them up, we are dusting them off with some flour and seasonings then sauteing them crispy. Then we baste them with a little butter, garlic and thyme.

What difficulties does the inherent flavors of the glands for sweetbreads present?
Sweetbreads, if you prepare them right, have a mellow, softer texture. They won't have a strong flavor. They'll actually have more of a buttery flavor to them. 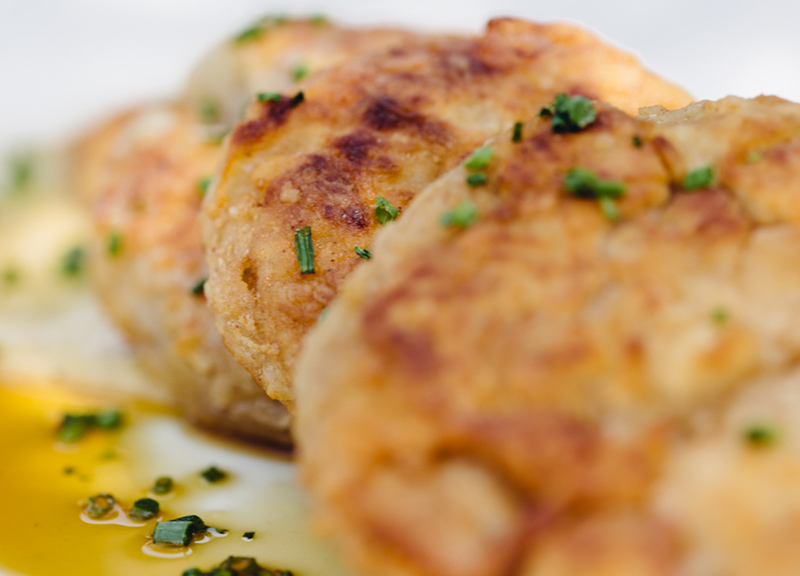 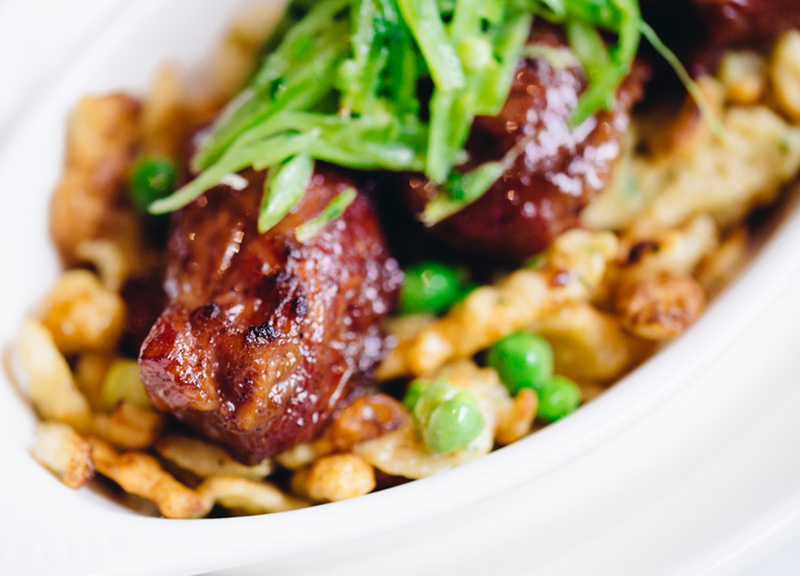 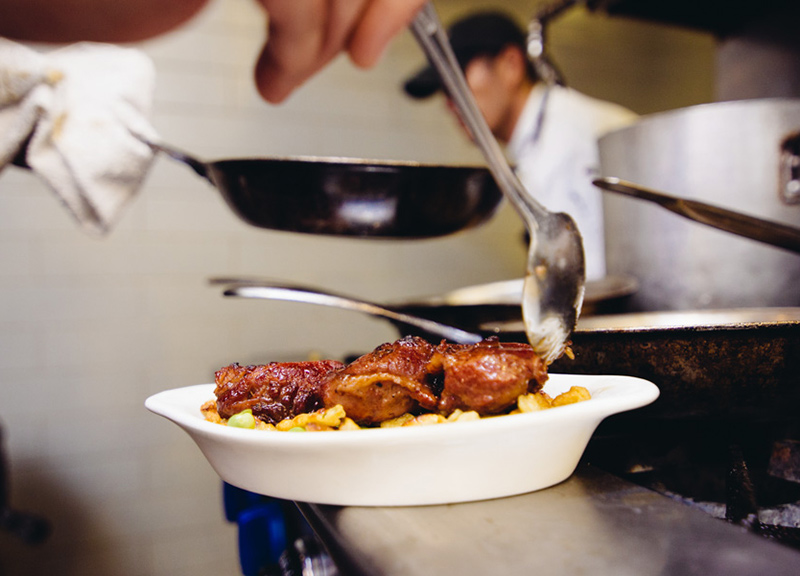 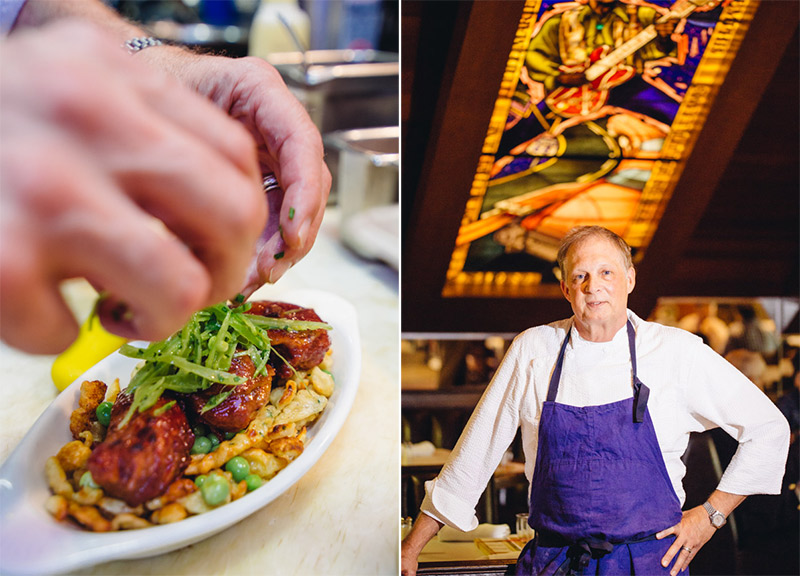 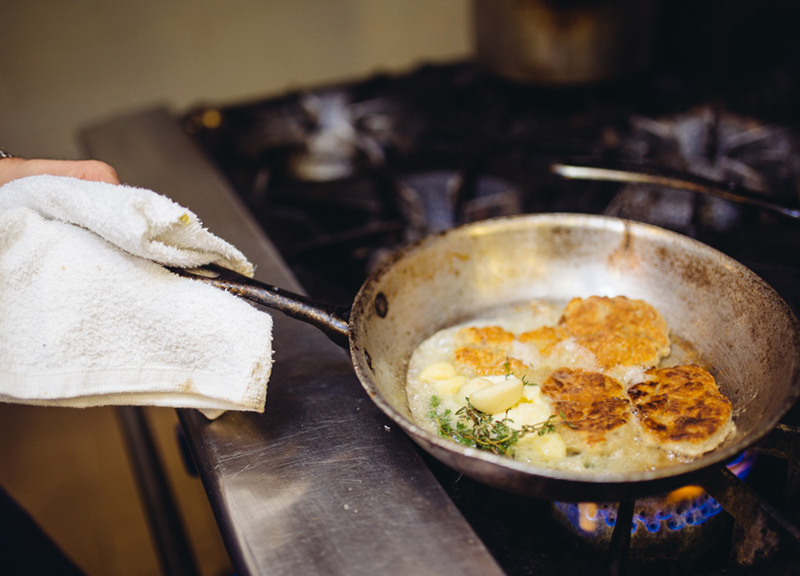 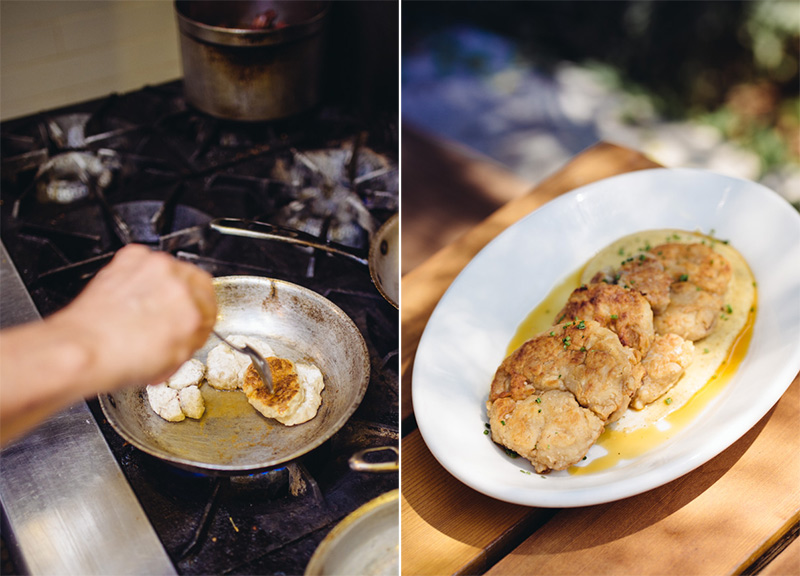 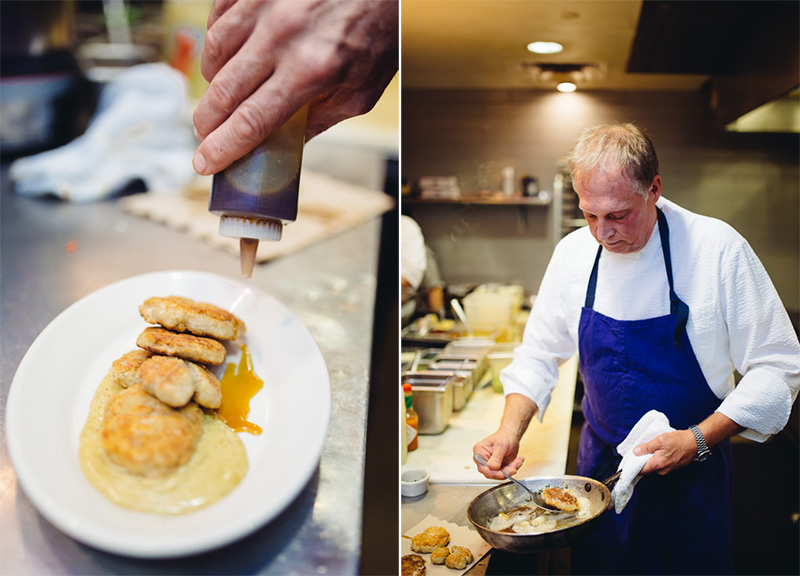 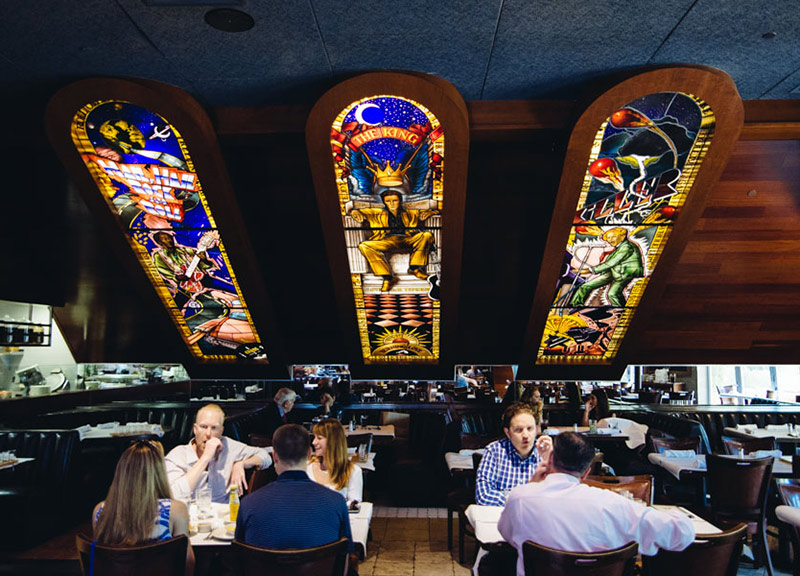 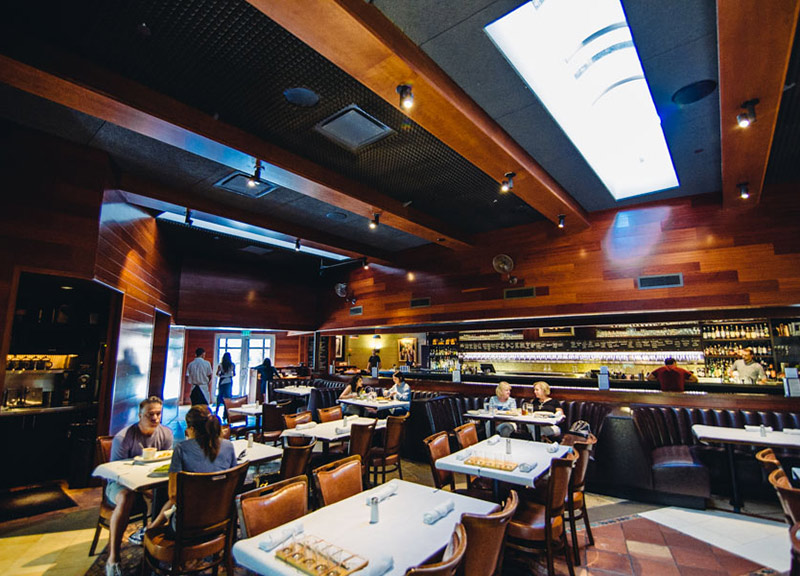