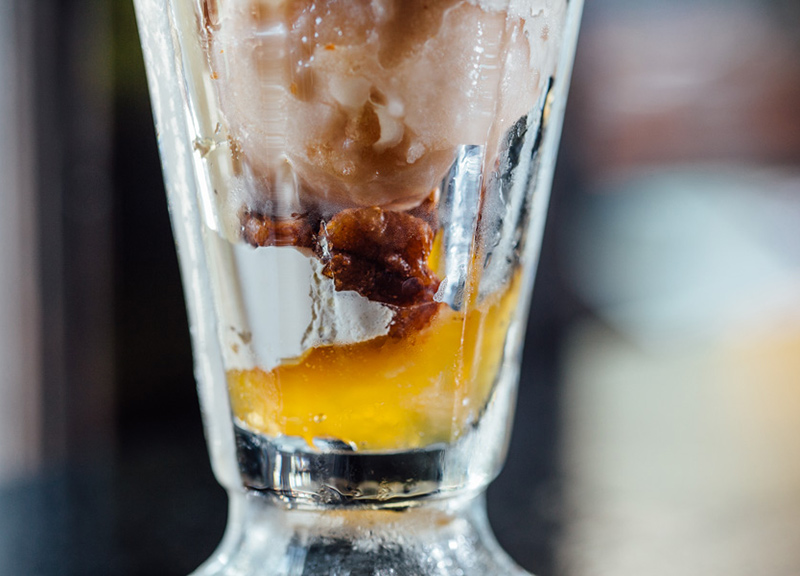 Cool Off With The Standard Pour's Southern Ice Cream Sundae.

Summer is a magical time for food.

Sure, we may curse its existence and try to enter a coma until fall finally rolls around. But if there is one thing this 100-plus degree heat forces on us, it's innovation. It's a trial of staying cool against all odds — and the dining landscape approaches that as creatively as possible.

Summer is the time to go out and consume all types of frozen treats, ice cream cones, paletas, snow cones, shakes, malts and, of course, sundaes.

Somewhat weirdly, sundaes are something that are just now taking hold in the fine dining landscape. Everyone has their favorite ice cream spot, sure, but a handful of Dallas restaurants are now offering some serious sundae fares on their dessert menus, too.

One such place to just add a seasonal sundae to its wares is The Standard Pour on McKinney Avenue.

Granted, the nature of sundaes implies an over-the-top treat. You take some bomb-ass ice cream and just pile on whatever tickles your fancy.

Over at The Standard Pour, though, chef Cody Sharp wanted to make his sundae especially stand out from the crowd. And he's done so by making it as southern as he possibly can. His is a simple recipe, one uses two of the most popular food exports from the south — Texas pecans and Georgia peaches — to great ends.

Sharp starts with two scoops of house-made butter pecan ice cream and some peach sorbet. In between the scoops, he ladles in some bourbon-infused peach jam, also made in house. Then he adds in some toasted Texas pecans in the middle and on top before serving his dessert for consumption.

Now, it doesn't have two pounds of chocolate and caramel sauce. But, man those pecans. Along with that delicious peach jam, they're just too good to pass up. The sweet and salty elements complement one another perfectly, while the ice cream really ties it all together with some more sweetness and some more pecan undertones.

Below, we chat Sharp up about this seasonal beauty.

You recently created your summer menu. What did you consider when adjusting the menu for the hottest months of the year?
Just highlighting the products that are available right now. Tomatoes are great. Melons are awesome. Peaches are awesome. We source our stuff mostly from the South. I try to get as much as I can from Texas, but I just got some really amazing peaches from Georgia. I'm just sort of bringing out the natural flavors of what I can get my hands on, and I try to make it pretty in the process.

What do you call this sundae?
Y'know, I never really came up with a name for it. It's just sort of all my favorite things. I love ice cream. I know that there's a couple people around town that are doing sundaes that are really great, but I wanted to do something that was a bit lighter — not as heavy as most typical ice cream sundaes. We did the butter pecan ice cream, the peach sorbet and some pecans and peach jam. It's bright and creamy and acidic. It's a cool dish.

So do you make this all in house?
Yeah, we do. For the peach jam, we break down peaches, peel them and cook them down in sugar, maple syrup and a little bit of bourbon until it's a jam. For the ice cream, we use Mill-King from Austin, add candied pecans and make pecan praline basically and mix it with a vanilla ice cream base. The peach sorbet is just juiced peaches, sugar, water, lemon juice [combined] to the right consistency and then frozen.

How popular has it been so far?
More so than I thought it would be! I initially thought I was making it for myself because I wanted to eat it all the time. It's been surprising. Our chocolate desserts usually sell the most. But this one is doing really well! 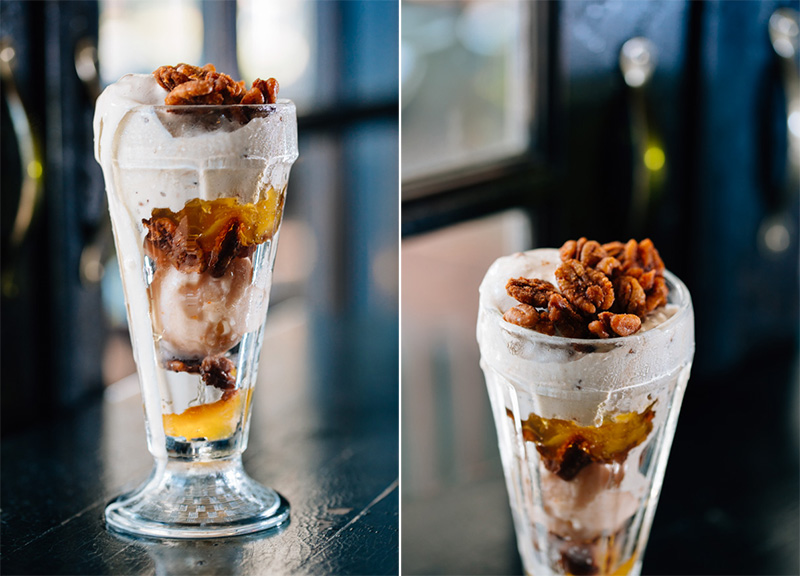 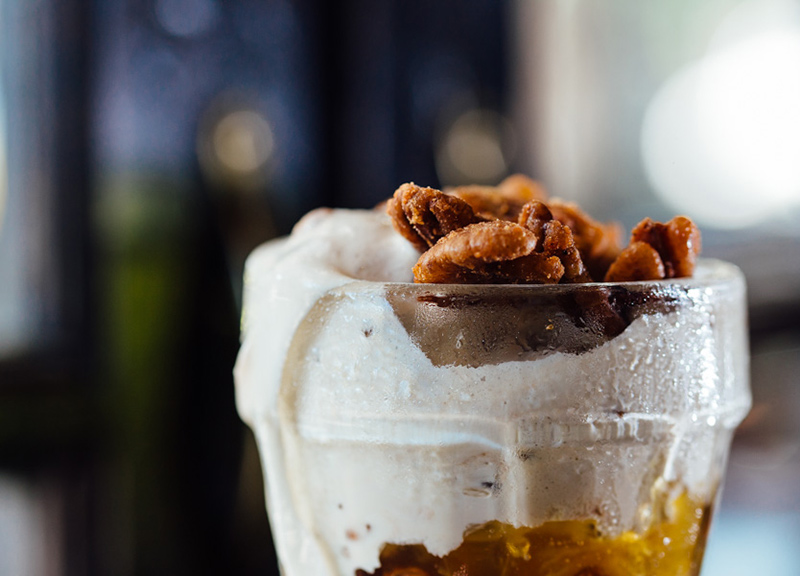 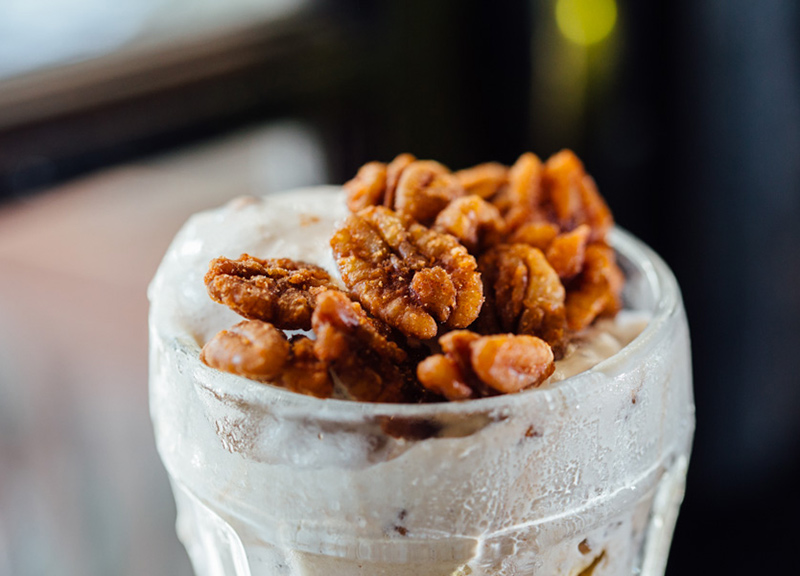 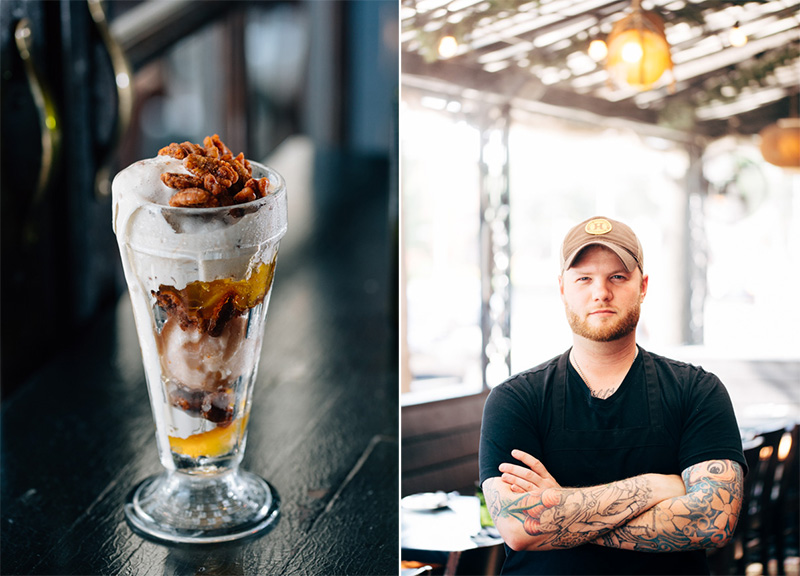 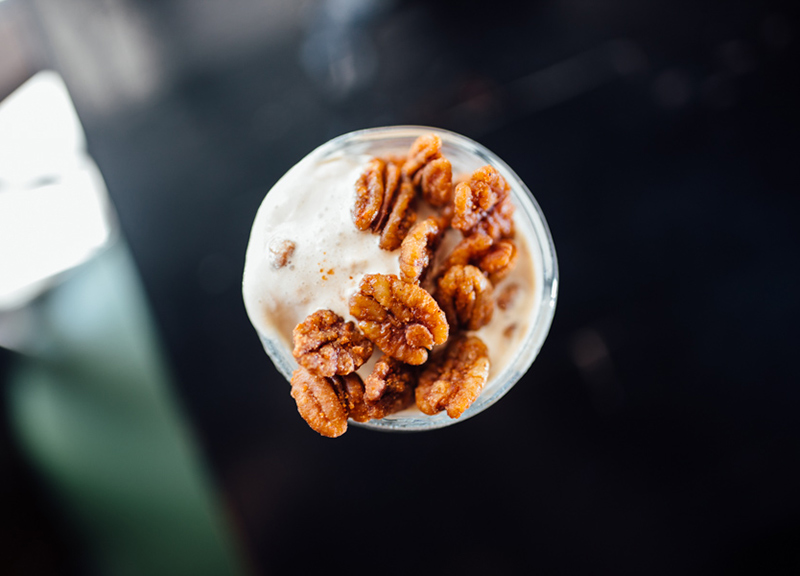 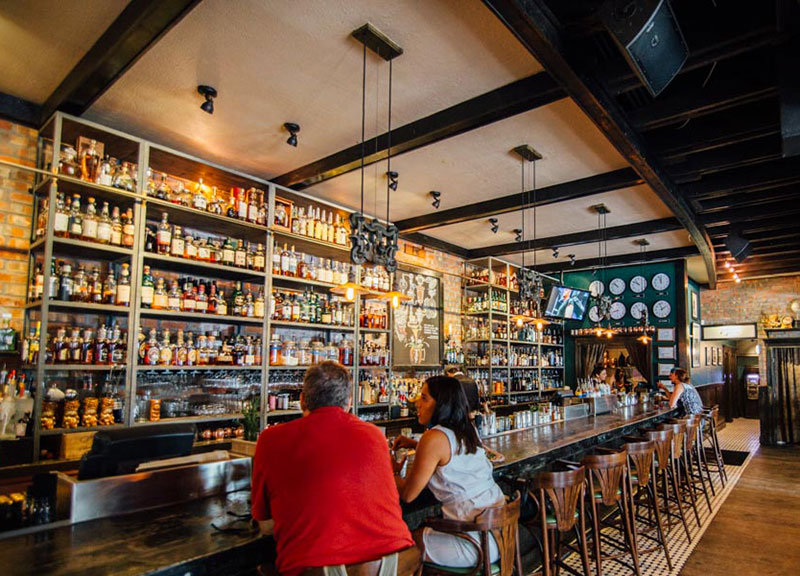 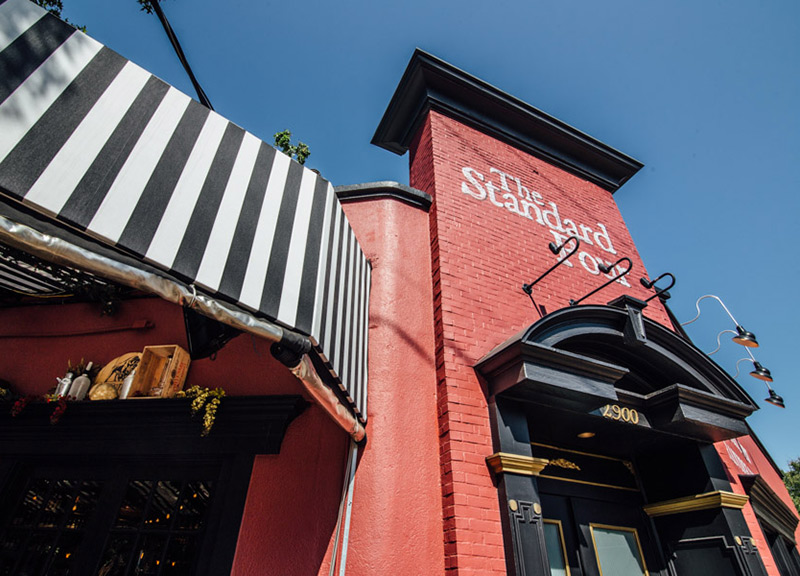