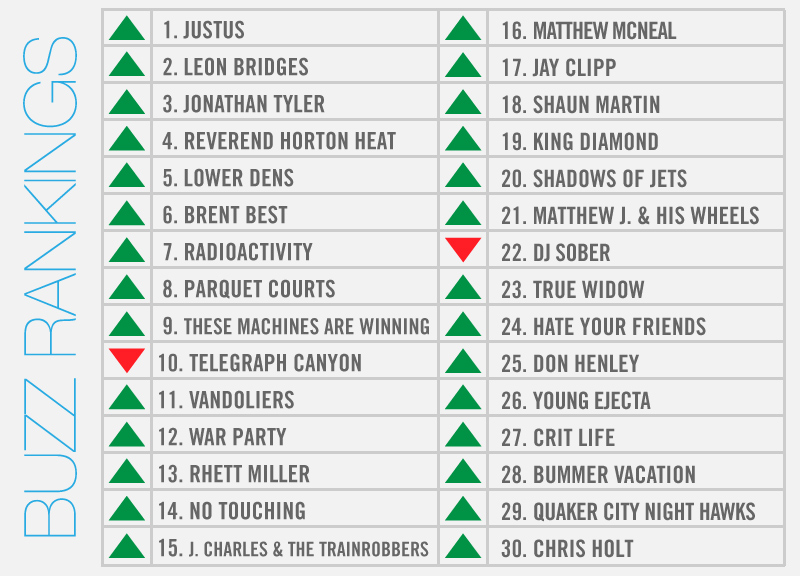 This Week, Justus Got Served.

What a monster week this has been for the North Texas music scene.

Really: Any one of the artists holding down the top ten or so spots in this week's Buzz Rankings likely would have cakewalked to No. 1 almost any other week.

As it were, it's JUSTUS that finds himself with the honor.

And deservedly so: Dude's been earning buzz from the biggest publications in the country this week thanks to his involvement in Dr. Dre's forthcoming third LP, which officially drops tomorrow.

It doesn't get much more huge than that, folks.

It does explain, though, why Leon Bridges singing his guts out on Conan — and on the streets of Deep Ellum — was only good enough for this week's No. 2 hole. Of course, with 10 prior wins in this thing — and all of them coming in the past few months — we're guessing Bridges won't lose any sleep over missing out on the top spot this week.

Farther down the list, Jonathan Tyler and Brent Best have each gone through hell to make their respective new solo albums, both of which have been in the works for a good half-a-decade now. This weekend, though, both will see the light of day, with Tyler performing sets at Good Records and Trees on Saturday and Best playing Dan's on Friday. Similarly, Radioactivity will also play a release show for its own newly minted sophomore effort this Friday at the Double Wide.

Then there was Matthew J. & His Wheels, which played its first show last weekend at AllGood Café. And, conversely, there's J. Charles & The Trainrobbers will play its last show ever this weekend at Three Links.

Elsewhere: Reverend Horton Heat was announced as a headliner at the Elm Street Music and Tattoo Festival that he helps throw; Parquet Courts signed with Rough Trade ahead of its upcoming EP release and announced an upcoming hometown return show at Rubber Gloves in Denton; and Telegraph Canyon, No Touching, Hate Your Friends each released new material. 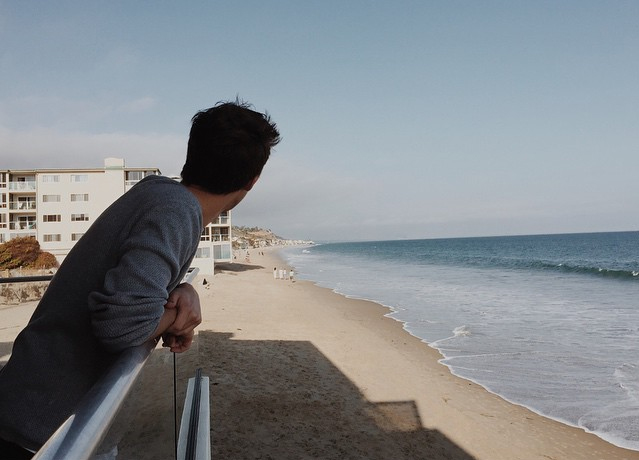