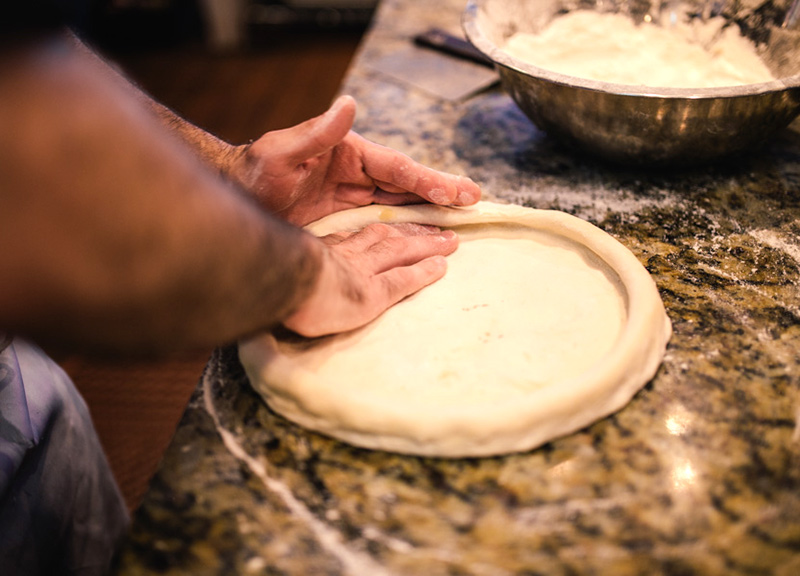 Zoli's Mother Effer Really Has It All.

Pizza shops in Dallas fall into three categories — the cheap and quick (Serious Pizza), the “Would you like your artisanal pizza with wine or a craft beer?” (Coal Vines) and, in between those two categories, the traditional pizza tavern.

But this style of pizza restaurant hasn't really been huge around Dallas. In New York, it’s the norm, sure, but Dallas has never shown any cultural interest in pizza.

But, between Zoli's and Il Cane Ross — both ventures of the enigmatic Jay Jerrier — the pizza scene has been getting a fresh infusion of pizza styles with a bit of history.

New York style pies — that’s what New Yorkers call pizza — are usually of the thinner, crispier crust. The perfect slice will have a nice light browning around the crust with specks of dark brown sewn in. The tip will have just enough rigidity to hold the cheese on the slice. The cheese and tomato sauce are usually in even quantity, assuring one does not lambaste the other. And rarely will you see a typical four-cheese pizza.

Zoli’s, more so than Il Cane Rosso, relies on the pies of the Northeast for business. It’s their purpose, their muse. And the man running the kitchen at Zoli’s, Lee Hunzinger, is a guy who knows all about the pies.

Hunzinger, a native New Yorker and recent Dallas transplant, has been around this style of pizza for the better part of thirty years. When he was younger his parents ran a small pizzeria in New York, slinging out the same pies that Zoli’s is baking today.

Nothing tastes better than a generation’s worth of cooking know-how.

The eating style of Zoli's is an extremely accessible one as well. Instead of entering an interior with cobblestone walls and exposed oak beams waiting for your pizza to be delivered to your table on a wire stand, Zoli's is a grab-and-go stop. They keep pizzas on the counter and pull slices from them — no waiting for the pie to be constructed and cooked, unless you want it that way.

And the kitchen staff creates much more than traditional pies. Hunzinger is an experimental cook, if there ever was one. From garlic knots stuffed with soppressata to chicken Parmesan dough wraps, the menu is an ever-evolving organism.

Recently, Hunzinger decided to create a dish that would highlight the daily menu at Zoli’s. The Mother Effer is essentially a party platter of everything available at Zoli’s on any given day. There will be four slices of traditional New York style pizza, three slices of Sicilian or grandma pizza, a stack of garlic knots, a stack of soppressata stuffed garlic knots and a handful of zucchini fries. And, when you bring this thing back to your table, it’s a beautiful, grease-ridden sight. Unless you plan on eating it alone. Then it is a mother fucker, indeed.

Luckily, we got to sit down with Hunzinger and find out why he would unleash this platter of overindulgence upon the world.

When did you first start making pizza?
When I was thirteen, that’s when my parents bought a little place. That’s when I was making my first pizzas. I wasn't good by any means, but they would let me make a pie when it was slow. I would get done after school and do dishes, anything I could to help.

So you know your New York style pies?
Yeah, I've been making pizza for 30 years now. Some of these kids that are working here, I’m like, “Dude, I've been making pizza longer than you've been alive,” and I’m saying it and its true. Wow, I’m old. I've been in pizza my whole life, really. I wouldn't have it any other way. I still eat pizza every day. People are like, “Don’t you ever get sick of it?” You never do. There’s still one point every day where I find myself every day craving a slice. It’s always the first pie of the day that looks really good.

How long have you been at Zoli’s?
I've been at Zoli’s since the beginning of March. Even before Jay [Jerrier] had the brick-and-mortar restaurant in Deep Ellum, he was strictly mobile and I worked for him back then. He talked about opening a New York-style place.

What all is on the Mother Effer?
It’s a little of everything, to be honest. Jay came up with the idea after going to Knife. This is how I remember it coming about: A lot of these chefs at their restaurant will do a tasting. And he thought, “Well, if they do a tasting why don’t we do a pizza tasting?” He basically came up with the idea of a platter. It’s basically a slice of everything we have on the counter. 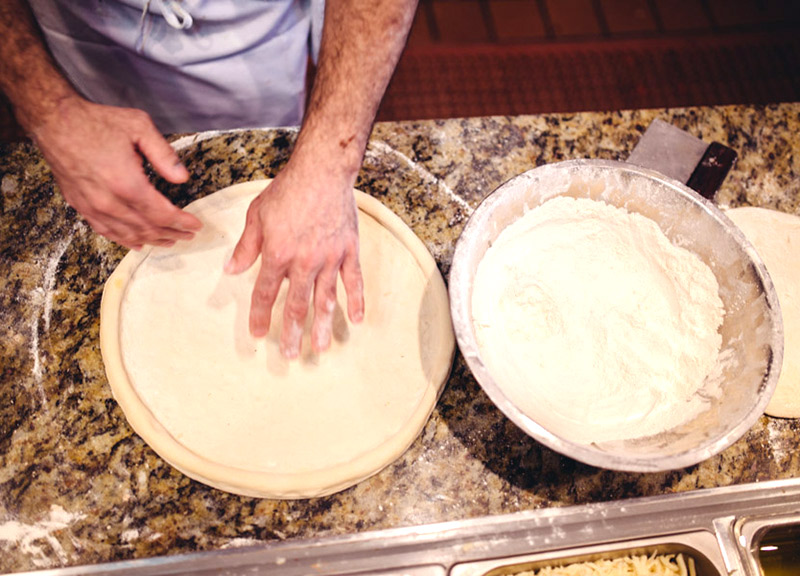 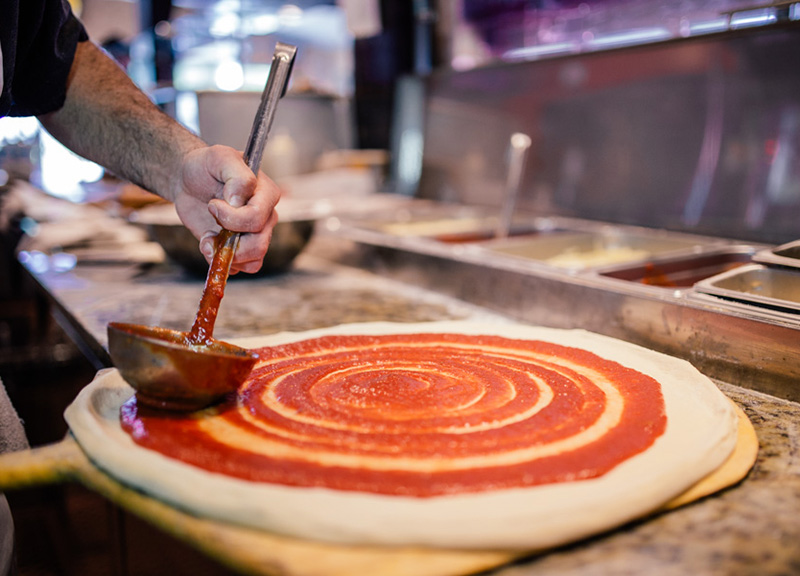 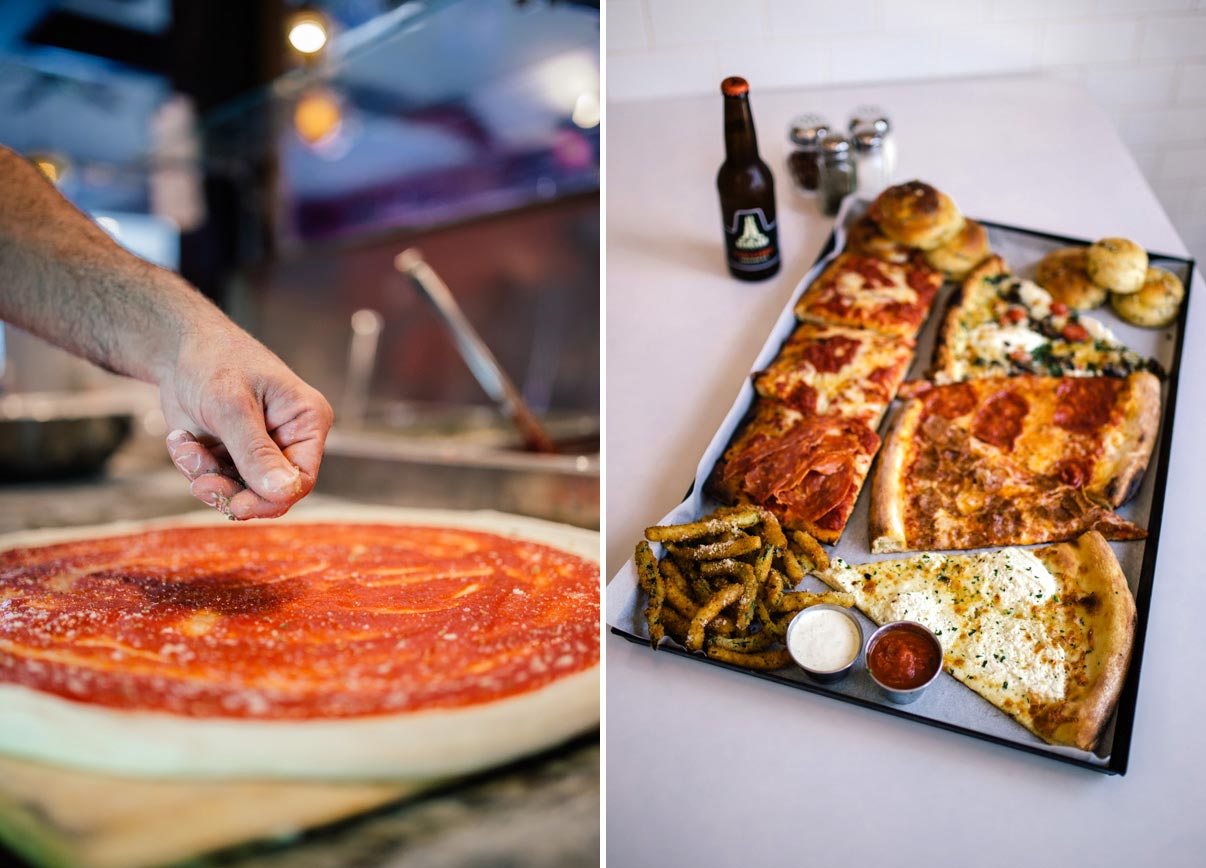 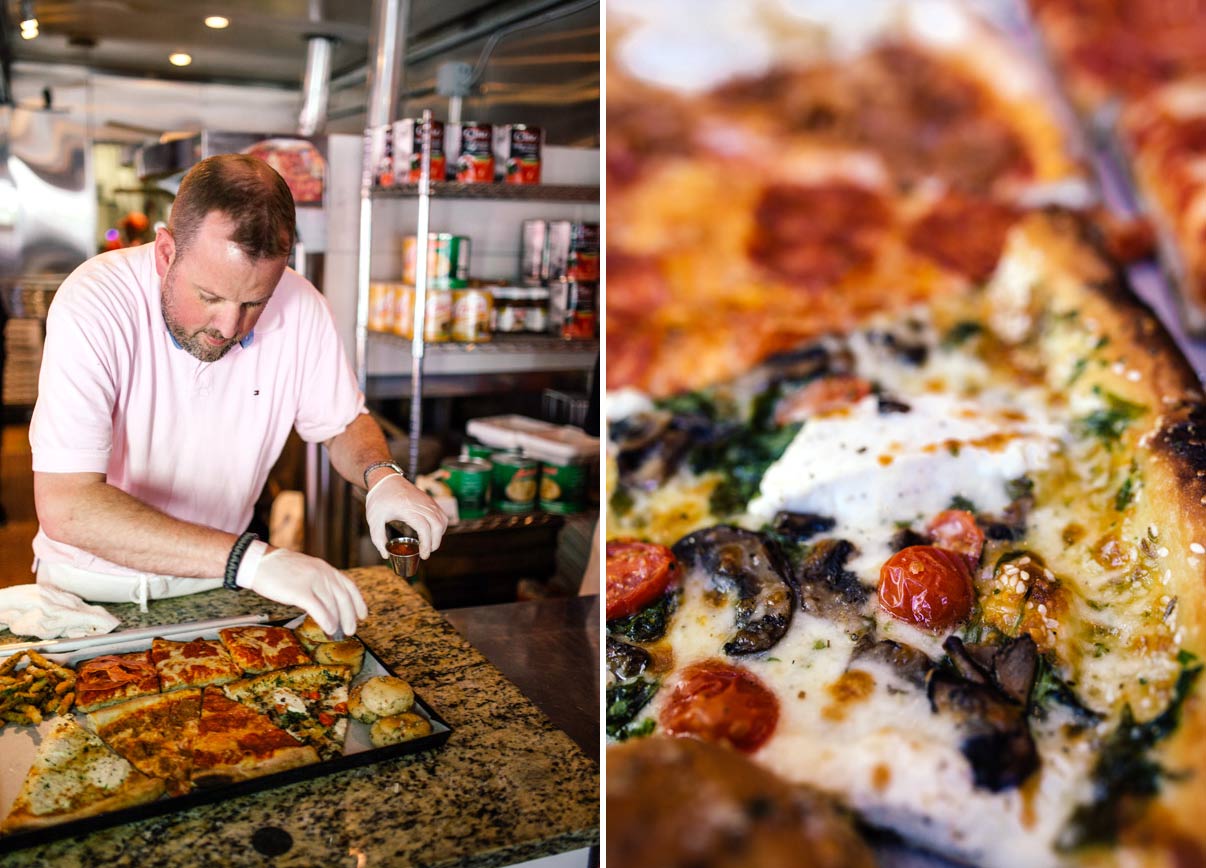 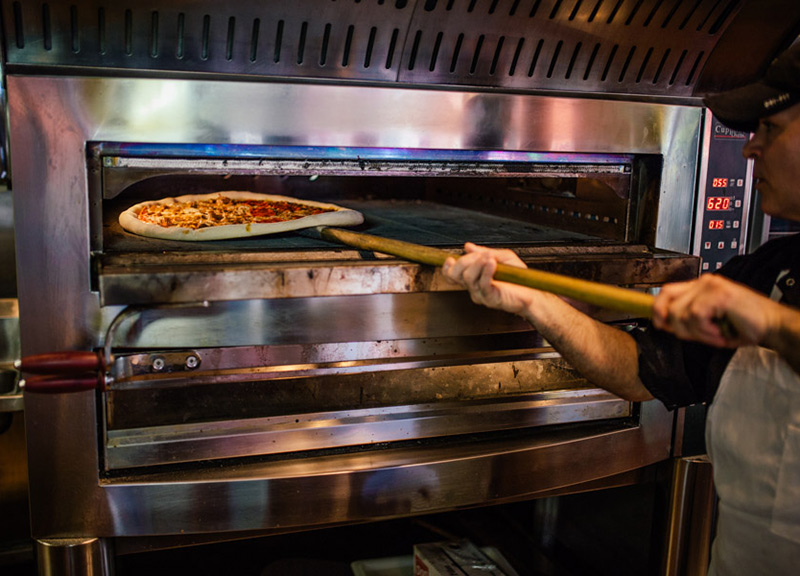 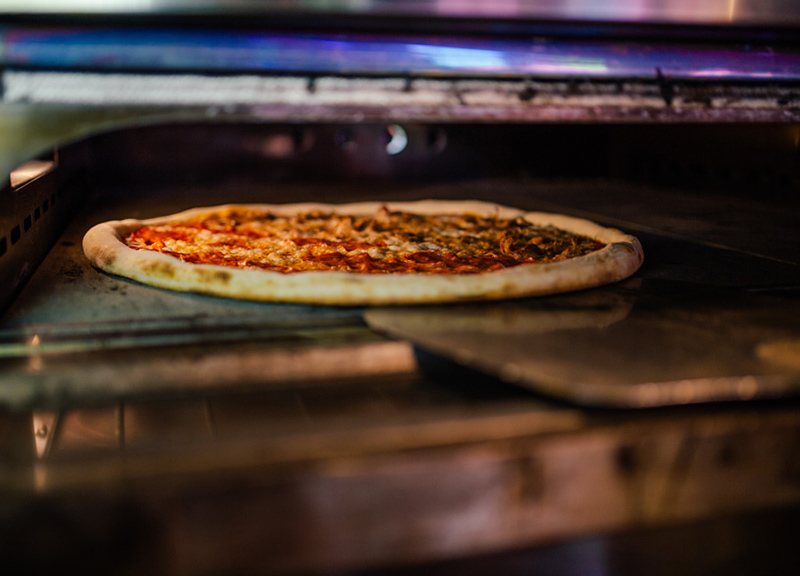 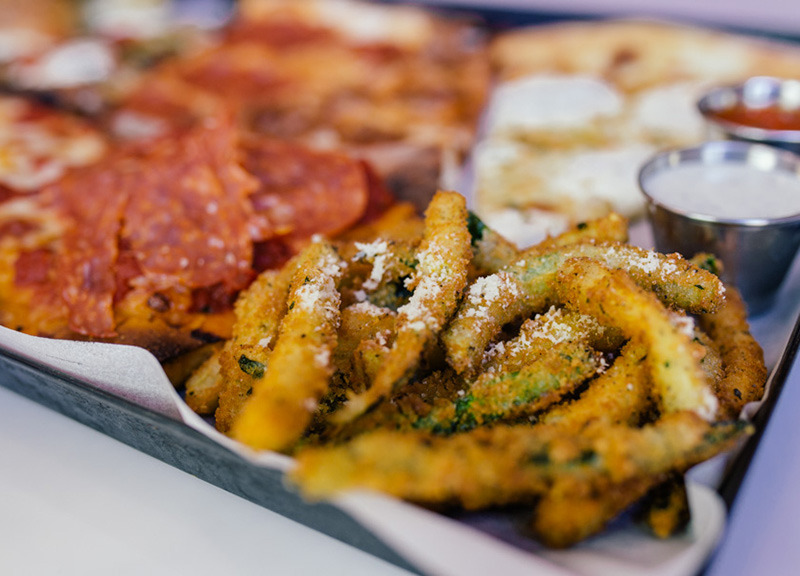 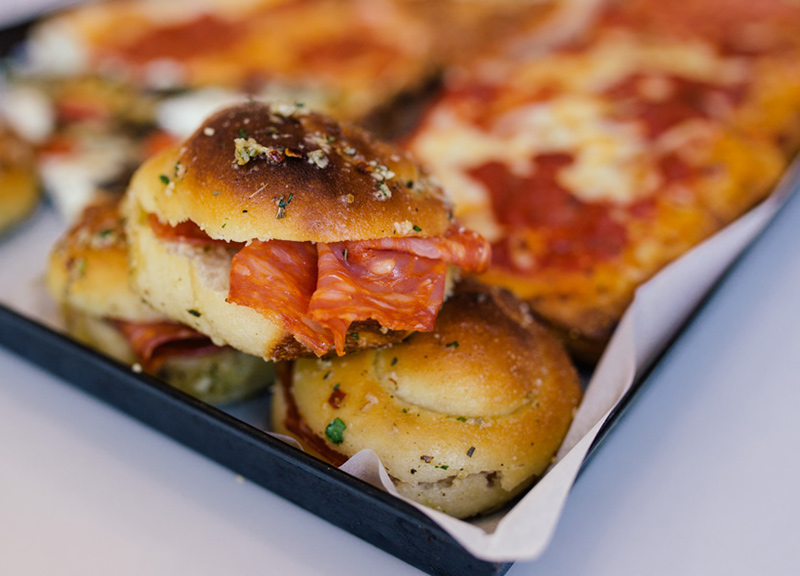 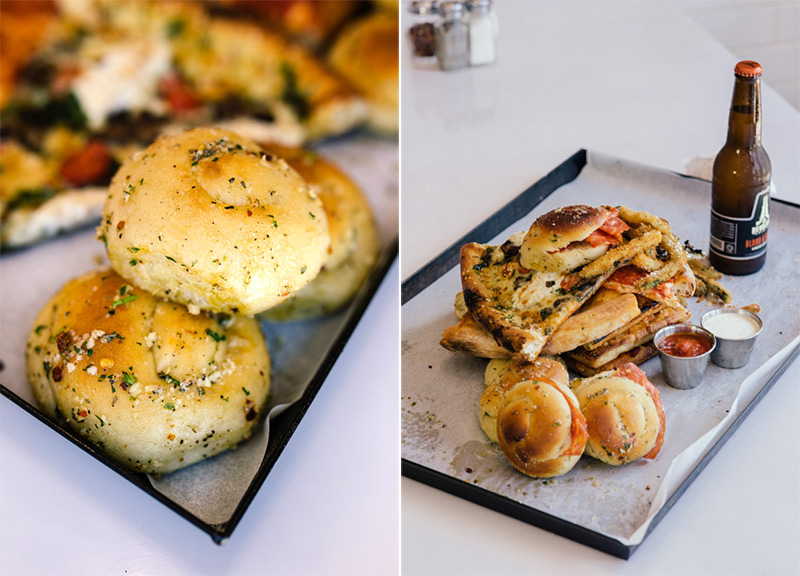 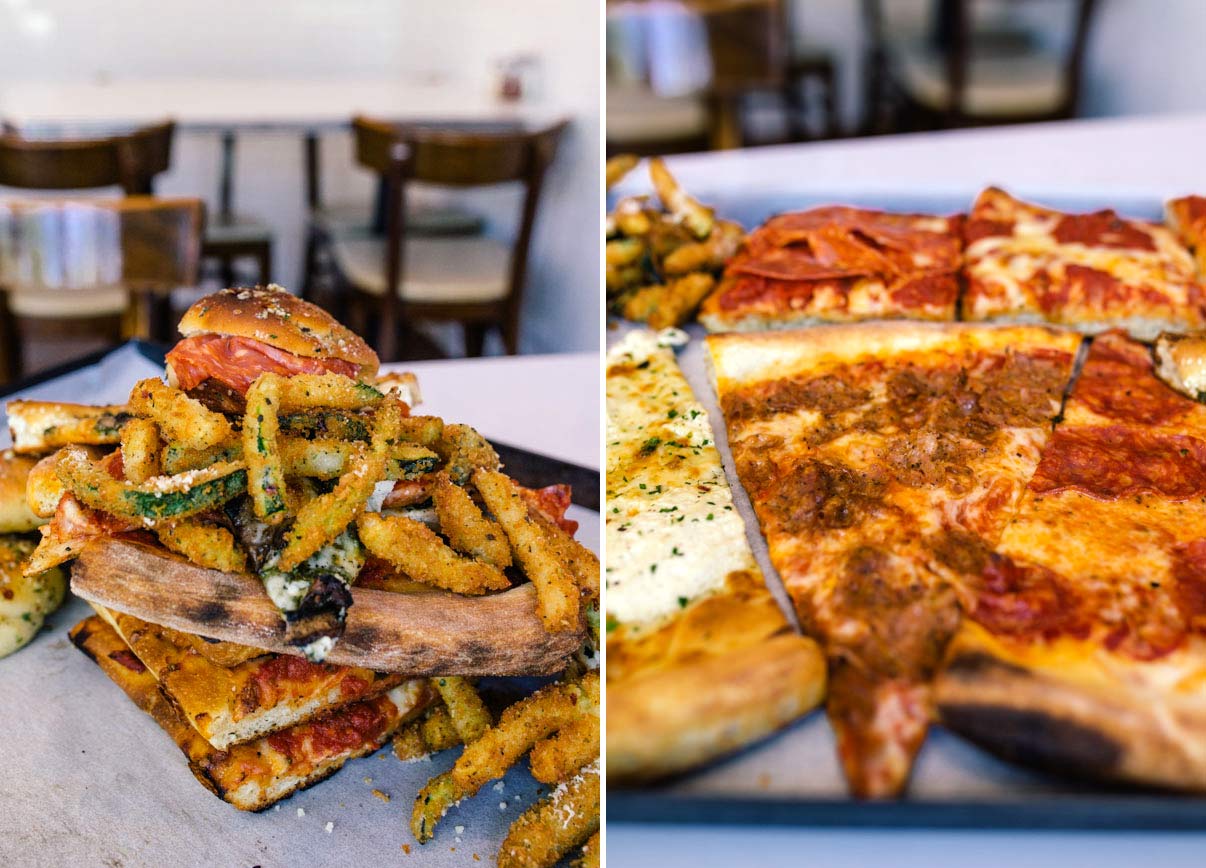 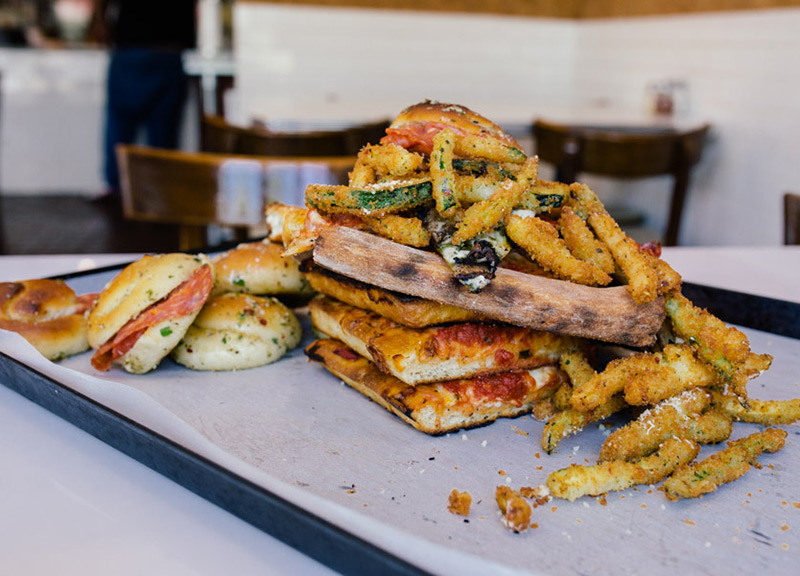 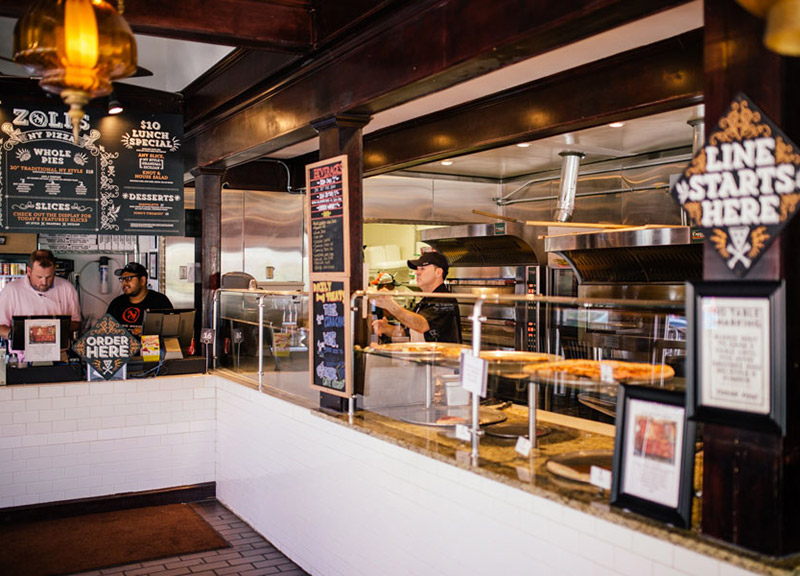 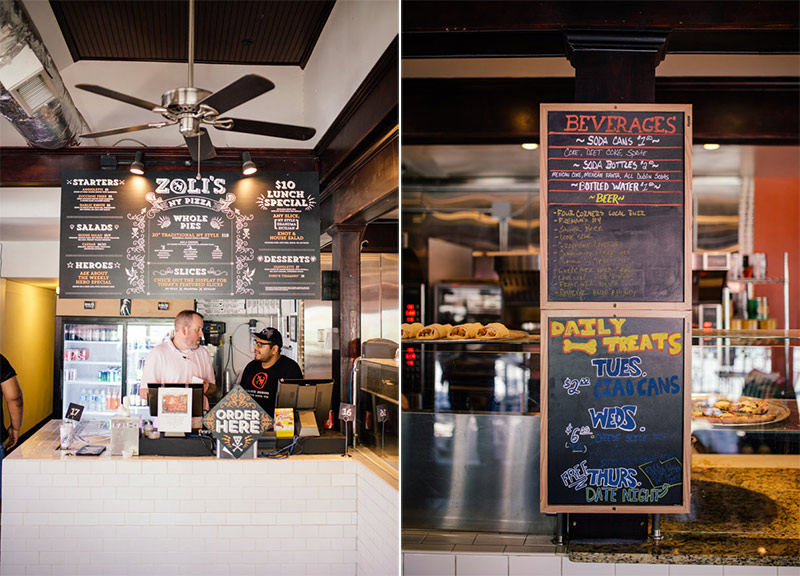 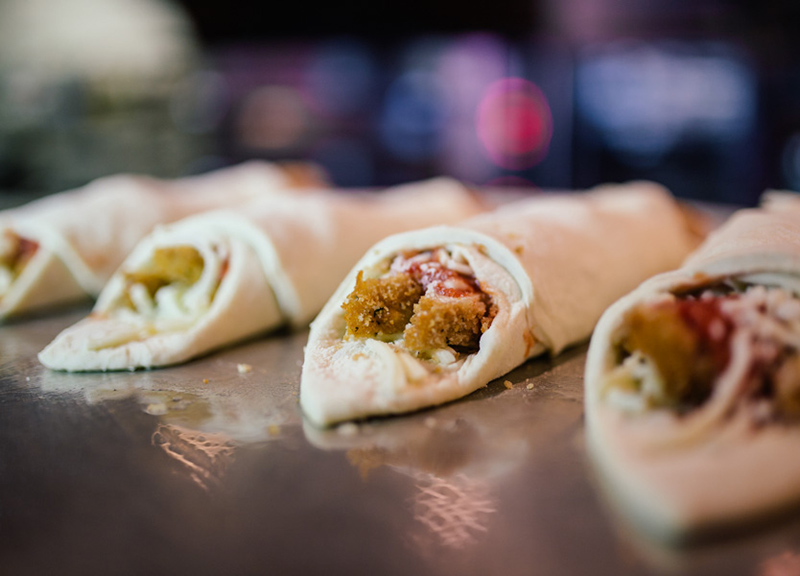 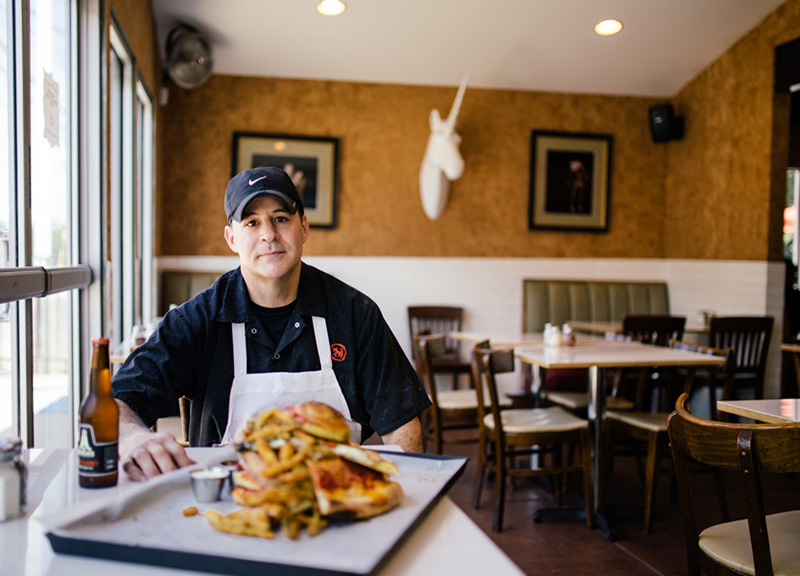