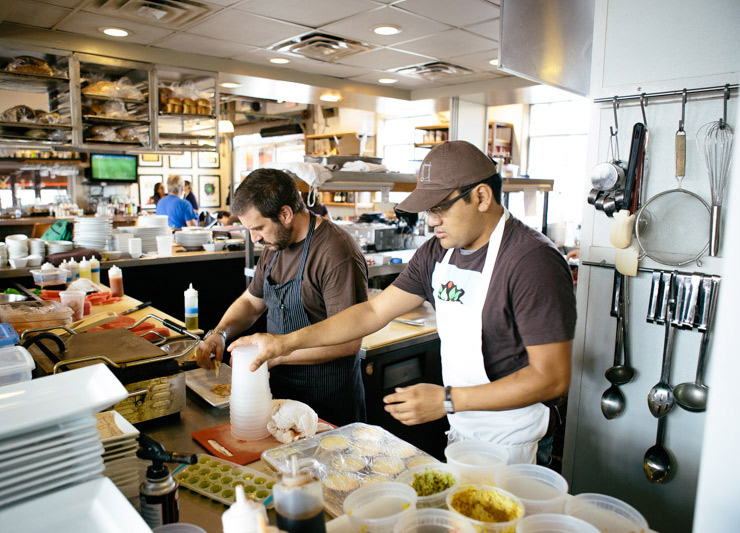 Bolsa's New Duck Duck Duck Dish Is A Triple Threat. (And The Shrimp Salad Is Cool, Too.)

These are the trends in the Dallas food world at the moment, movements that seem to be claiming more and more Dallas restaurant menus by the day.

But while a lot of restaurants are full gung-ho on these “new” concepts, it's safe to say that none are doing them quite like Oak Cliff's Bolsa is. And none are catching quite so many eyes in the process, either.

This is all mostly thanks to Bolsa's new head chef, Andrew Bell. When he became captain of this trendy ship back in October, he promised some changes right away. Which was enough to give at least some pause, given how well Bolsa flourished under the hand of its previous chef, Jeff Harris. But in his first half a year spent in charge of Bolsa's kitchen, Bell's more than capably proved his talents.

Maybe this is because he's not satisfied by simply crafting a great dish and keeping it on the menu perpetually. (After a dish has been running for a while at Bolsa — be it three weeks or just one — Bell will change things up, either repurposing the ingredients into a new dish or simply swapping that dish out for an entirely new one.) Or it could be because his aptitude for variety ensures that, no matter what you're craving, his menu will probably be able to quell your ravening stomach.

The safe bet, though, is that he's just a damn good chef.

So when we stopped into Bolsa recently and Bell offered to cook us up a nice two-course meal, we were foaming at the mouth.

The entree he made us is a dish called Duck Duck Duck. It's duck confit, duck fat and a nice, slightly cooked duck egg nestled on top of a cooked mixture of kale, farro and cream. The dish is nothing short of satisfying: No matter what part you eat — be it the farro (the fruit of a wheat spike) and kale, the egg and duck, or, as we recommend, a fork-full of all of that shit mixed together — you experience the hearty, meaty flavor that this dish boasts at all corners.

The second offer he made us was a chilled Texas shrimp salad. Elegantly placed upon a bed of lemon cucumbers and radishes with a tomato vinaigrette lightly drizzled over the top, this salad floored us. The sweet notes of the radish, cucumber and vinaigrette matched with the light seafood taste of the shrimp makes for a flavor pairing that is balanced without being overwhelming. The vinaigrette is what truly shines on this dish; the superbly sweet flavor and the moisture that draws the entire dish together makes for a splendid appetizer.

But, really, there are only so many adjectives to describe these elegant dishes. Lucky for us, Bell was there to give us the chef-talk about them.

So what's the general rundown of these dishes?
Well, the shrimp are poached and then chilled. We get radishes, and the lemon cucumber is an heirloom cucumber. We get those from Comeback Creek Farms out in Pittsburg, Texas. They get delivered to us twice a week. It's an awesome cucumber. It doesn't have the chemical that pickle-y cucumbers have that can leave them bitter — it has a little sweeter flavor. For the tomato pulp vinaigrette, we use the flesh of the tomato for a tomato marmalade that goes on a pork chop, and then we take the hearts and puree it and char it in a really hot pan and mix it with shallot, olive oil, lemon juice and some red wine vinegar. It's a very refreshing, sweet vinaigrette to go along with the shrimp.

The duck confit, we cook in duck fat. The kale on that dish also comes from Comeback Creek. We cook the farro like risotto; we sweat some white onion and garlic and then add some white wine. We add chicken stock and cream until it's the right consistency. The duck egg is circulated in an immersion circulator at 62 degrees Celsius just long enough to set the white but leave the yolk runny. It's kind of a play on Carbonara — y'know, where you'd have pasta with bacon and then the egg yolk on top. It's a very hearty dish and it's a share plate.

Do you usually recommend the duck dish and the shrimp salad go together for a meal?
I mean, they certainly can. That gives you a very light, chilled seafood and then comes with something a little more rich and hearty. But you come next week and neither one of these dishes may be here.

Because you base your whole menu on what's in season and what you can get your hands on, right?
Yeah. It pretty much depends on what we can get from the market. We'll run something for a week, maybe three weeks, and then we'll flip it into something else.

How much of your ingredients are locally sourced?
As much as possible. We use six farms within 100 miles of the Dallas-Fort Worth Metroplex, and then there are three places we get meat from around Texas. We use venison, we use quail. I just brought on a dish that has black angus, so our beef that we're using right now is from a Texas herd — hormone-, antibiotic-free, and fed an all-vegetarian diet.

Do you take a similar approach to your vegetables, staying away from veggies that have been genetically modified?
We try to use as much organic as possible. Some of the local farms are certified organic under the FDA, but our farms usually run at a higher standard, anyway. They just didn't want to jump through the FDA loopholes. The season is really good right now for all the local farms. The winter was hard and spring started a little late for them because we kept getting those cold snaps. That killed a lot of their early crops. But everything is pretty much full steam. 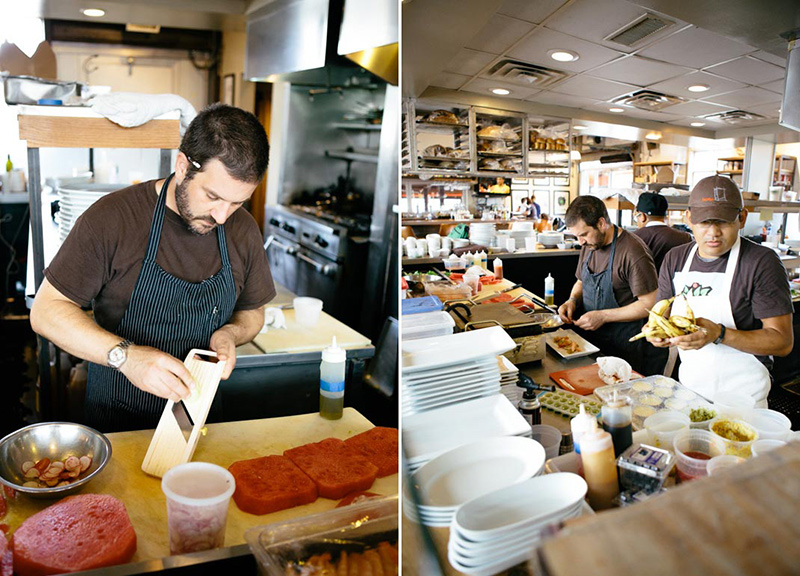 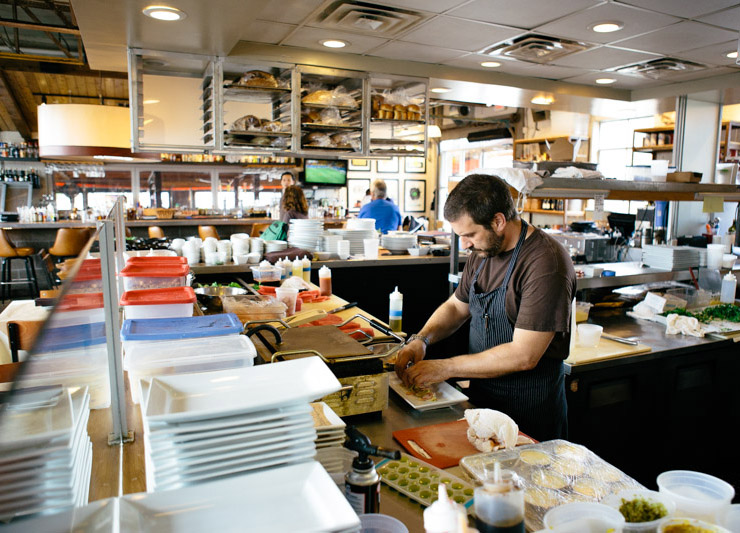 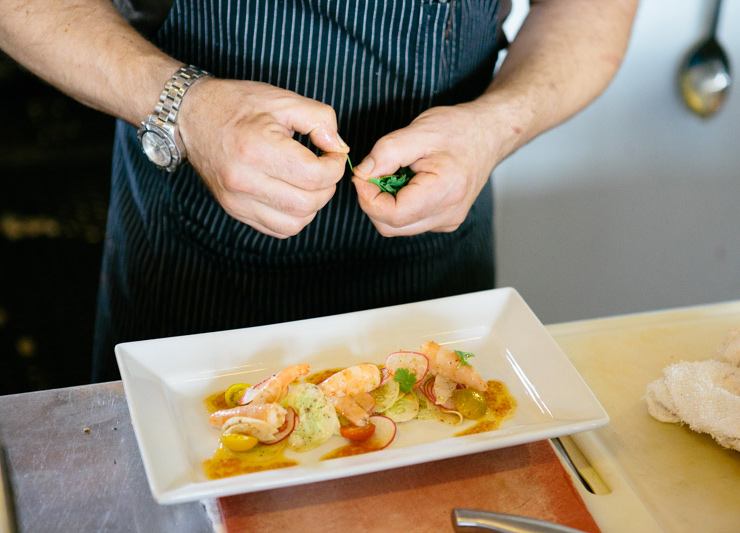 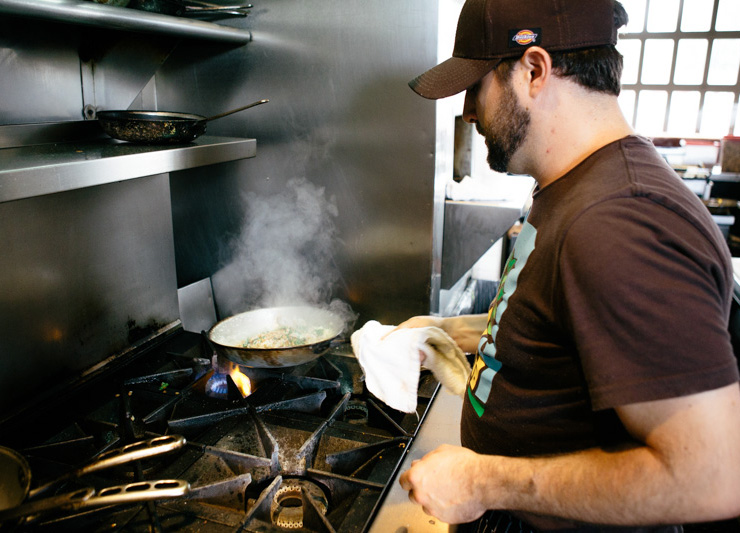 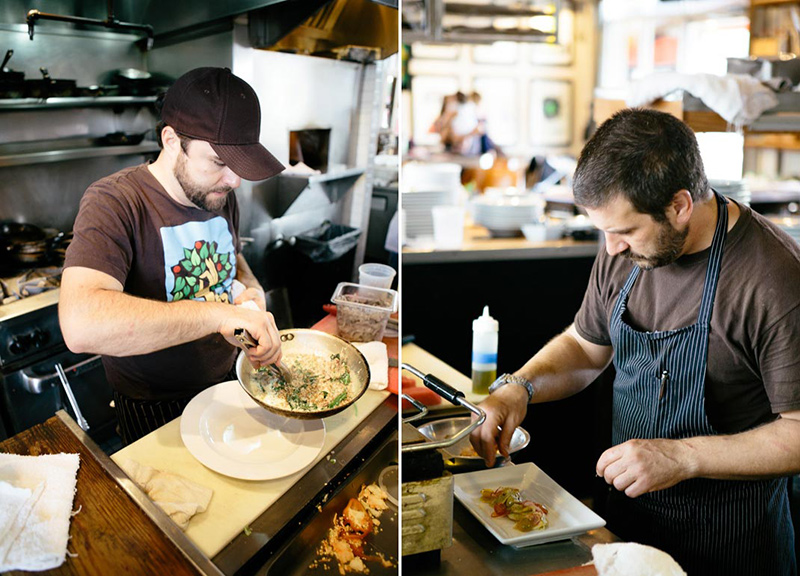 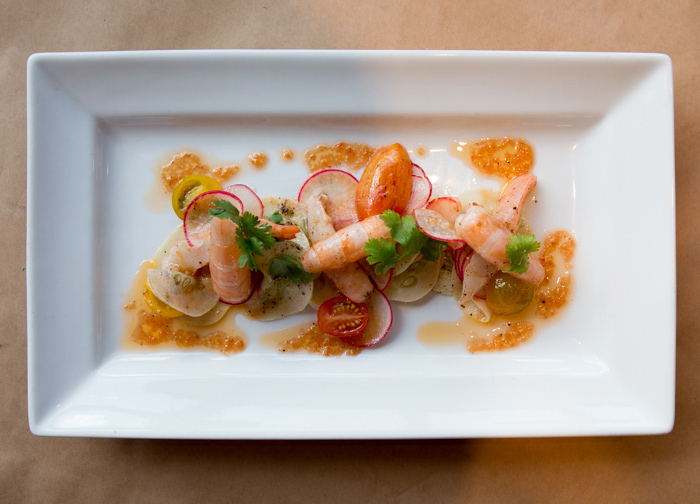 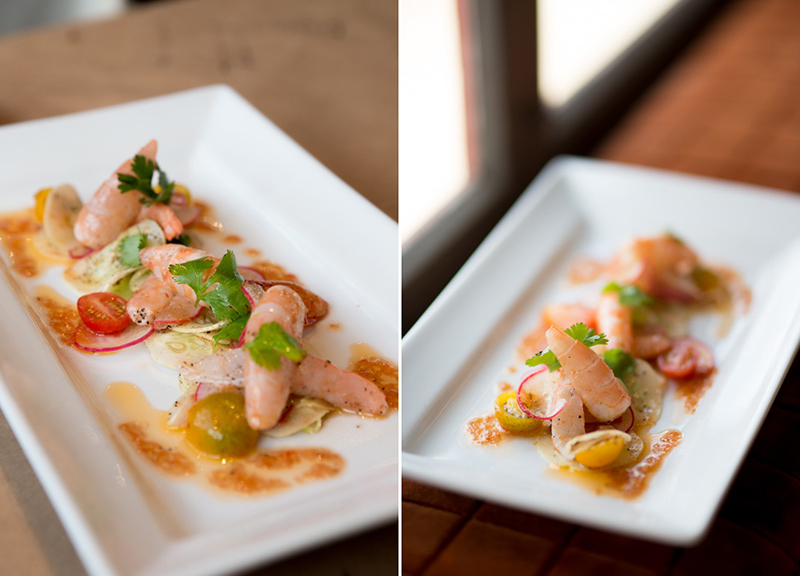 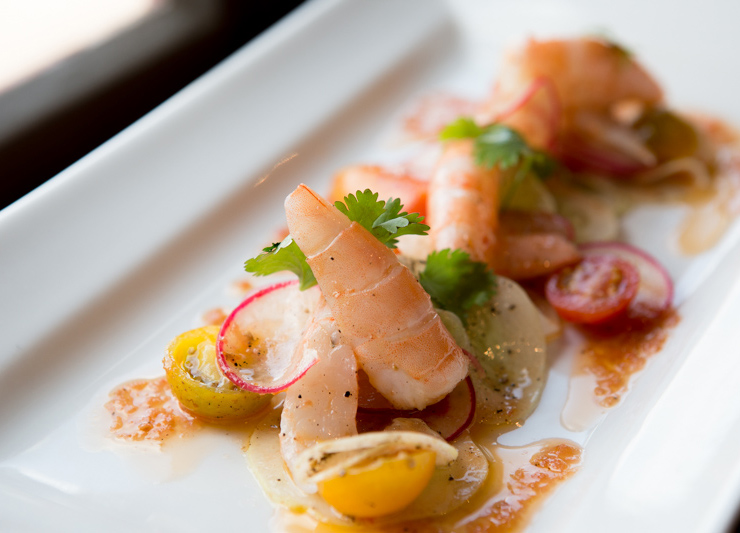 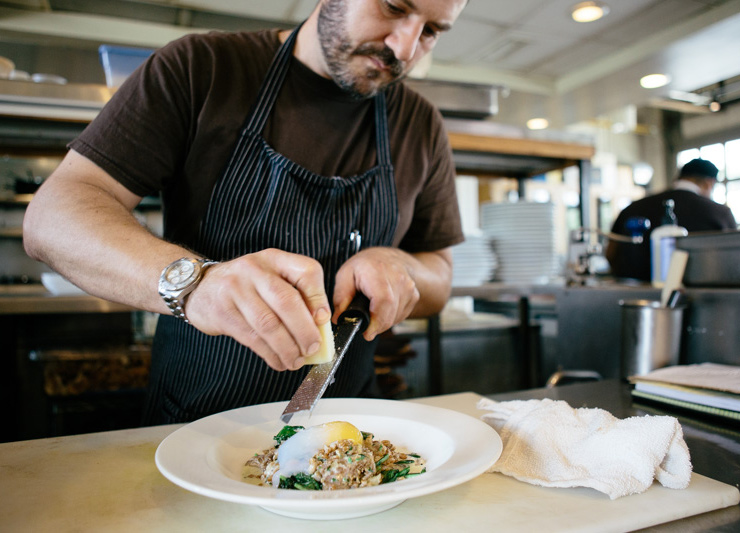 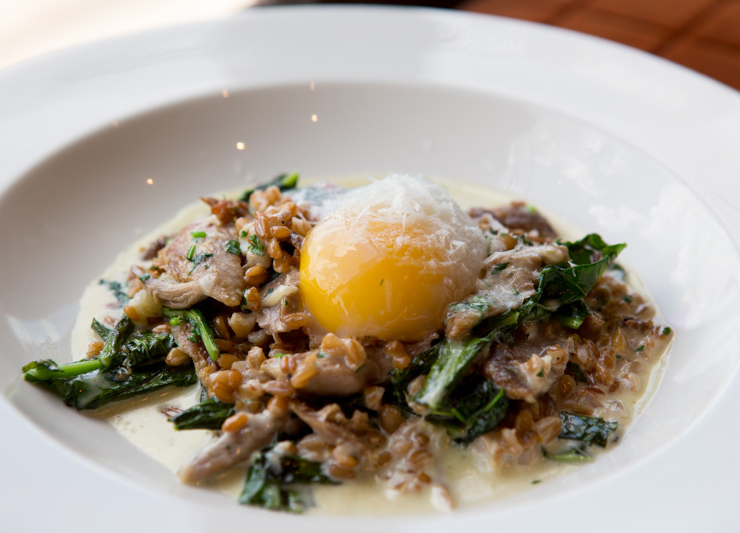 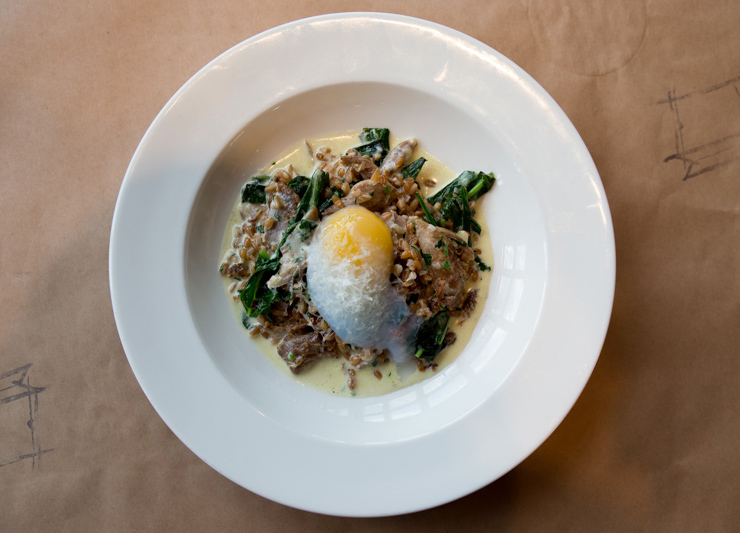 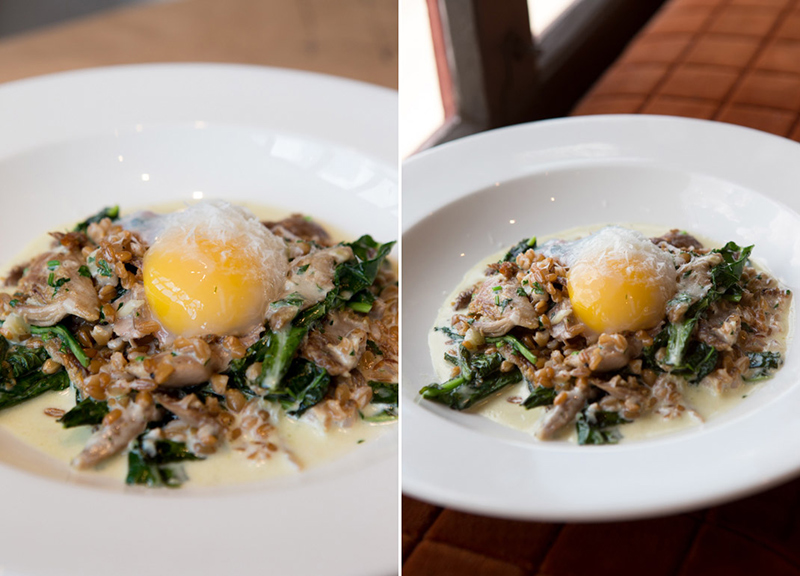 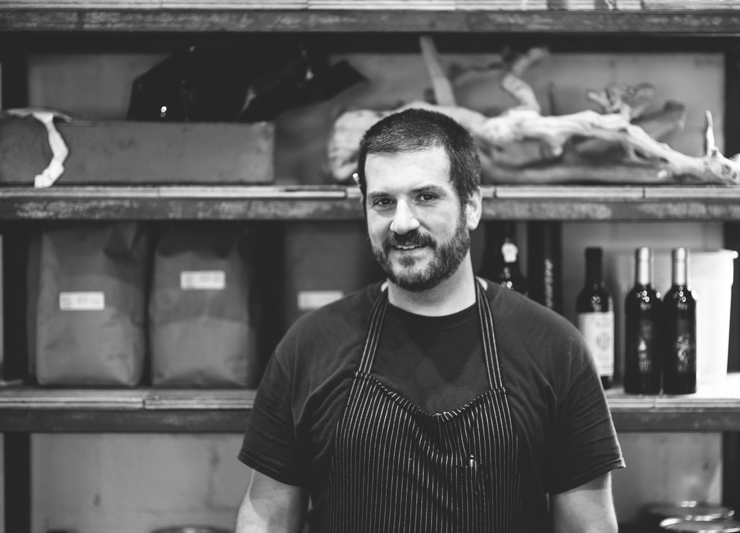