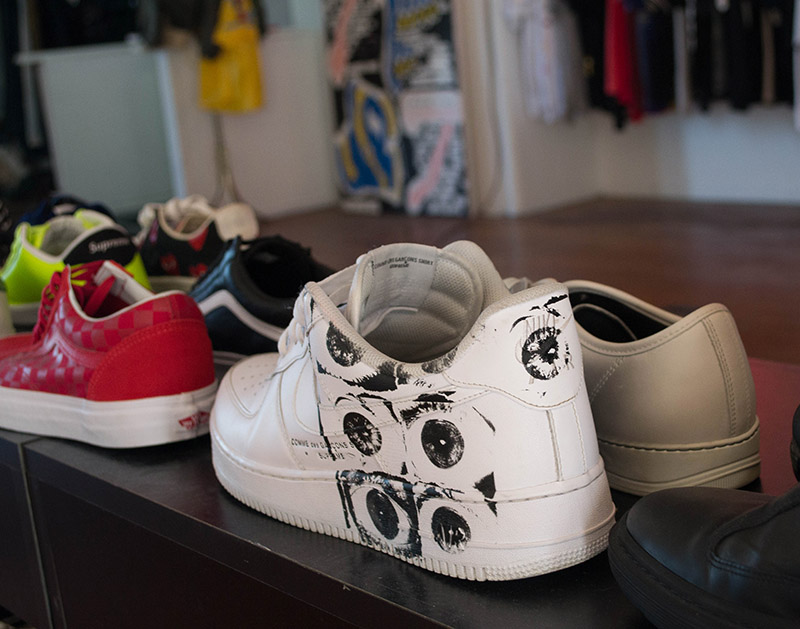 Whether It’s Supreme Or Ralph Lauren, Human Dior’s Micro Store Might Have That Elusive Piece Of Streetwear You’ve Been Looking For.

Within the past five years, thrifting and reselling have become such a dominant forces within the fashion landscape that they have essentially shifted the retailing paradigm. With the rise in prominence of street fashion — known to most as streetwear — a lot of stores are trying to figure out how to cope.

Street fashion aficionados have set up on websites like eBay or Grailed to either buy or sell high-end wear, but here in Dallas, Jon Hinguanzo has taken to Instagram to set up a exclusive shop where he provides Dallasites an opportunity to locally find streetwear that can be tough to come by in these parts.

Hinguanzo, also known as Jon Jon, makes sales directly via Instagram and sets pick-up or perusal appointments with customers interested in checking out the stock at his store located between the Cedars and South Dallas.

We recently talked to Hinguanzo about how Human Dior got started, as well as to get information on his own fashion tastes and which big names have come through his shop in recent years.

Could you please introduce yourself for the folks at home?
My name is Jonathan Hinguanzo. Born and raised in Oak Cliff. My parents divorced when I was 10 and we moved to Cedar Hill, which was 15 to 20 minutes from Dallas. I got deeper into punk, graffiti and skating living here. Definitely got deeper into it in high school, but I was already into skating. 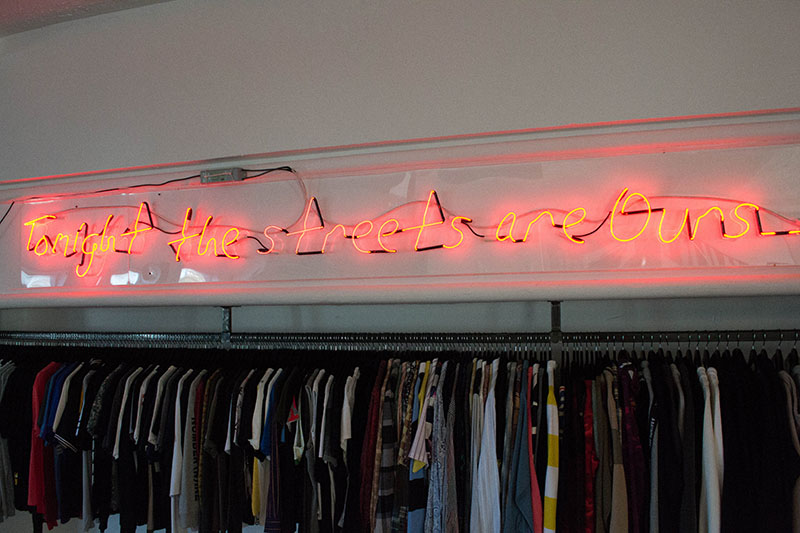 So are you really super about fashion? Do you fuck with it heavy?
I wouldn’t really say I fuck with it. I’d say maybe like three to four years ago, I was really into fashion. Now that I have my own shop, I’d say I’m not really in the loop anymore. I mean, I enjoy it, and I like seeing people express themselves through fashion. That’s cool.

So how did Human Dior even get started?
Human Dior was an idea spawned from having nothing and no money and no way of expressing myself and ideas. I had a brand called The Essentials back in, like, 2012. Between 2008 and 2011, I got into thrifting and finding stuff around the city. Me and my cousin actually started a thing called J&J’s Collection. It was like our first little online thrift store. It was horrible, but we found a bunch of fucking sick pieces. Those two years I lived in Arlington, they had some of the best shit. Like around 2012 or so, we found a bunch of dope Polo pieces.

From that, my first venture started with The Essentials. It was like an accessories brand; I had python bracelets, a prezi bracelet, which was like a presidential-inspired Rolex bracelet. That was around the time 40 oz. Van was doing those “inspired” hats or whatever. I got the idea from him. “Inspired by” which was basically ripping them off, y’know? [Laughs.] 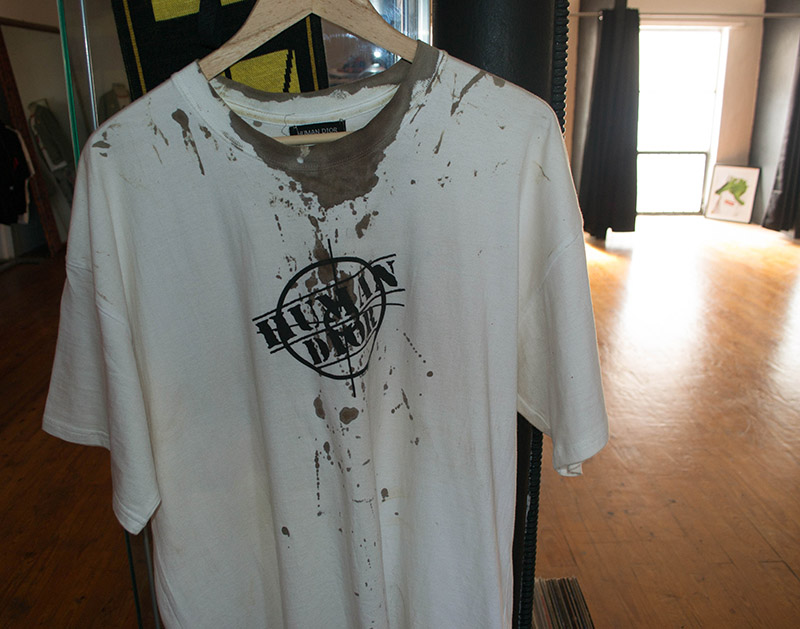 So, from Essentials, I realized that I needed to revamp and re-brand, and that’s when all the super distressed clothing was coming out. Like I said, a couple of years ago I was fucking with fashion, so at the time I decided to start distressing my own clothes. I would take them apart to learn how they were put together, and then reconstruct them. That’s kind of how Human Dior came to be — reconstructing garments and learning to sew, since I didn’t have money to sew or get shit printed. My friend Emmanuel taught me how to sew a little bit, but I learned most of it myself. I taught myself how to screen-print, getting some guidance from a friend.  From there, I was Human Dior and I was making my own t-shirts and was expressing myself through art and graphic design since I can’t draw or paint. I was copying and pasting shit on Photoshop after my friend Brandon taught me how to do basic shit on there.

For the brand, I dropped a couple of releases. Never sold out, though, so I gave most of that shit away. This past SXSW, though, I did really well at that. That was my third year doing Human Dior. I have a fifth release coming, but I’m kind of over that shit. The collection is about two years old now. It was supposed to be for Fall-Winter 2016, but now it’s 2017, and 2018 is around the corner, so I’m very behind. I might release that shit, I might not.

I resell off-season garments, archive and icon streetwear. The best vintage in Dallas. Really, it’s the best store in Dallas, sadly. I don’t want to be the best store in Dallas. I wish I had competition. At the beginning of the year, I had no place to go and no where to be. I was reaching out to people for help, looking. I realized no one really helped these people, so it was only fair. I didn’t have any investors or anything. I just said, “Fuck it, I’m just gonna do it myself.”

I’ve been collecting pieces for about two to three years now. I used to sell out of my grandma’s house a few years ago. I would just buy stuff, even if it didn’t fit me. I’d buy a shirt for $5 and have a homie pick it up for $15 or so. It just kind of overcame the concept. The store was supposed to be something different. I couldn’t call it anything else but Human Dior because that’s all I knew.

To answer your question, though, I’d say maybe like once a month or so? Whenever they have some tours or something, at least one famous person will come through. I don’t really get starstruck. I’ve done events, I’ve booked people. They’re just like normal people like you and me. They don’t look any different. If anything, I respect their craft. But a lot of these people in person are shitty. 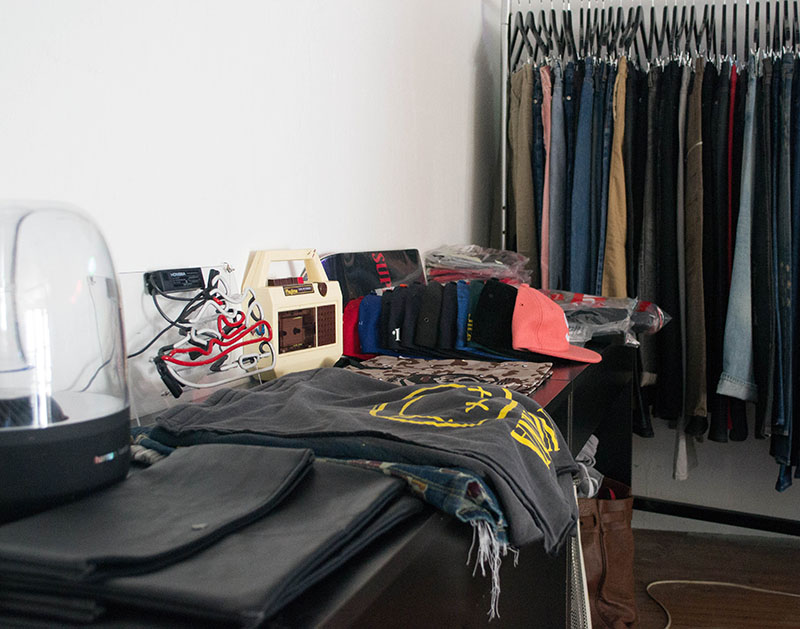 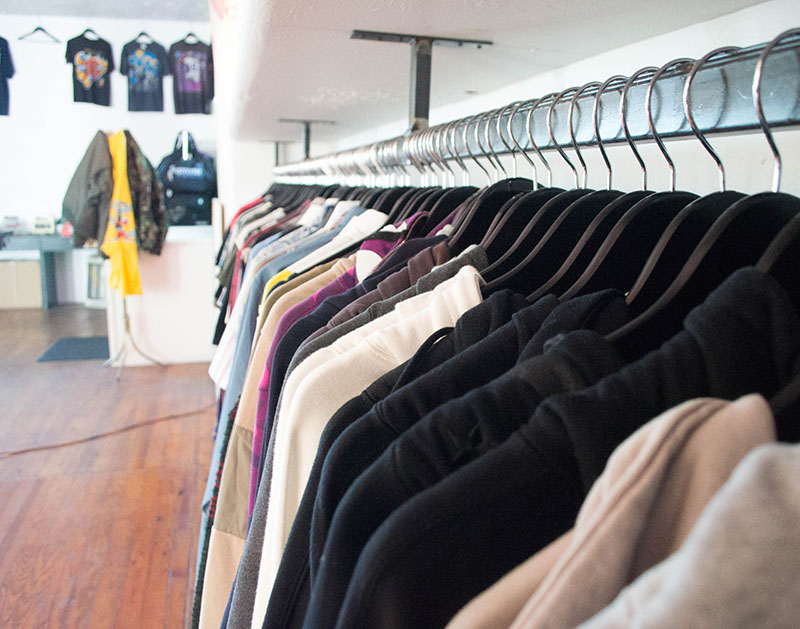 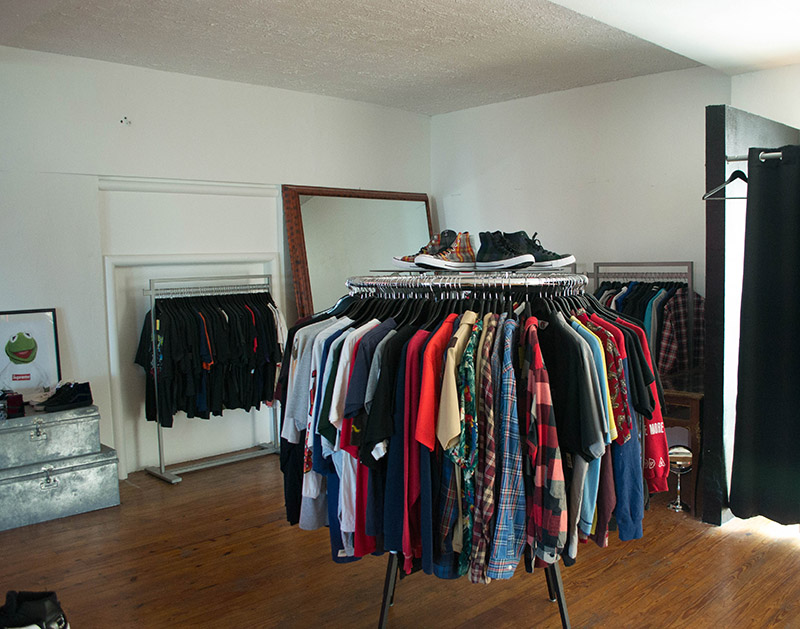 Head here to follow Human Dior on Instagram and to keep up with the store’s latest finds and offerings.