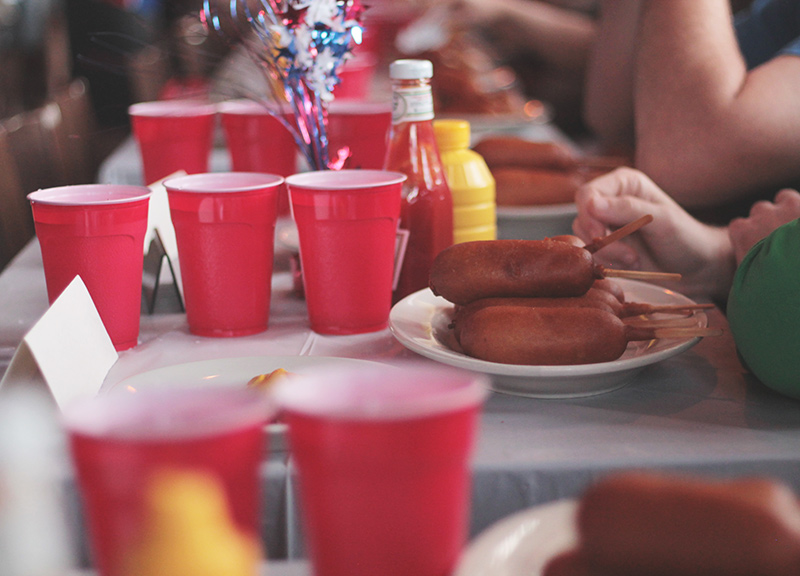 Andrew Chu did what famed competitive eater Joey Chesnut couldn’t do this Fourth of July: He defended his title.

At the Lower Greenville bar The Libertine’s seventh annual Brass Knuckle Beatdown corn dog-eating competition on Saturday, Chu wolfed down 14 corn dogs in 15 minutes, falling short of the 19 he ate in his last year’s win but still besting this year’s field of just about a dozen competitors for his second straight title.

The 14-dog effort would’ve been enough to earn the win last year, too. It’s worth noting, however, that this year’s total would’ve only placed Chu third in the 2013 competition, at which Nathan Biller downed 26 corn dogs and runner-up Jesse Hughey ate 17.

Down year or not, the win was still an impressive one for Chu, the hematopathoogy fellow at UT Southwestern who also claims titles for chicken wing, sushi and enchilada eating feats at other contests. Just like last year, Chu again this year competed in an earlier-held eater competition on the Fourth, placing second for the second straight year at Curly’s jumbo dog-eating contest out in Fort Worth.

But he won this later one, once again employing a slow-and-steady approach to the pile of corn dogs spread out before him. Plus, unlike at least one other Brass Knuckle Beatdown competitor, he didn’t blow chunks mid-contest. So he kind of won on two levels, maybe.

“It’s fun,” Chu said after this year’s competition ended and he was declared its winner, while laughing at the fact that his medical field co-workers think he’s nuts to keep doing this to his body. “All of my trophies are on my desk at work. People think it’s weird. But, I swear, I don’t eat like this all the time!”

Maybe he should, though. It’s something to see, for sure. 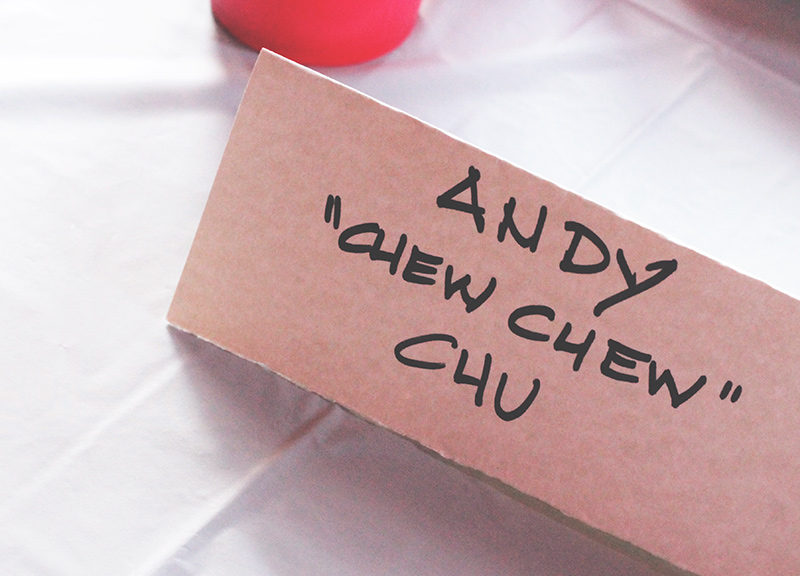 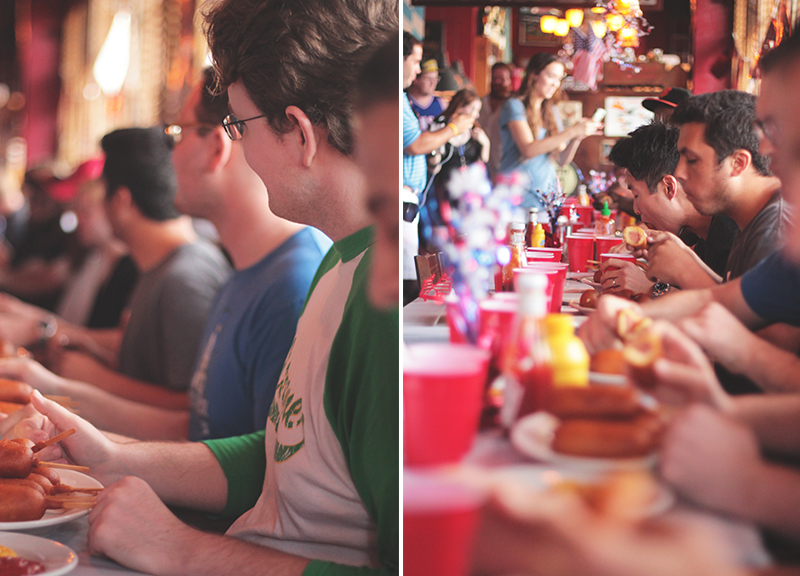 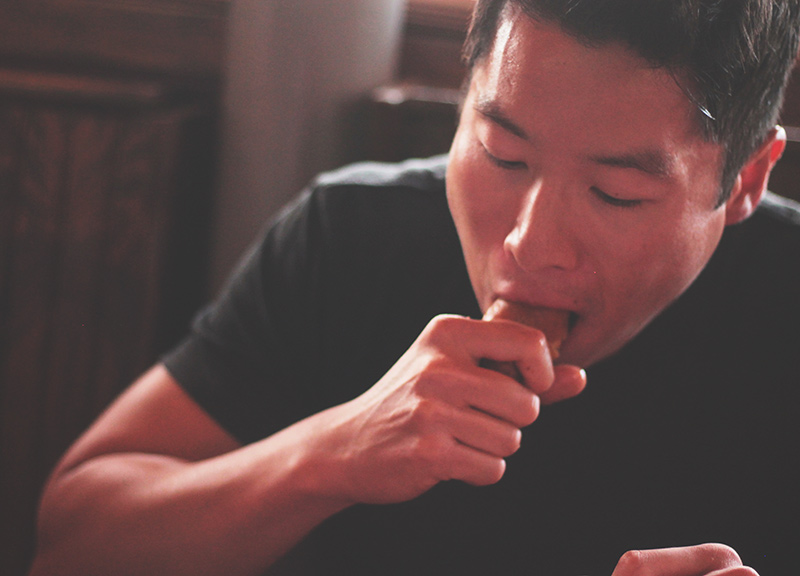 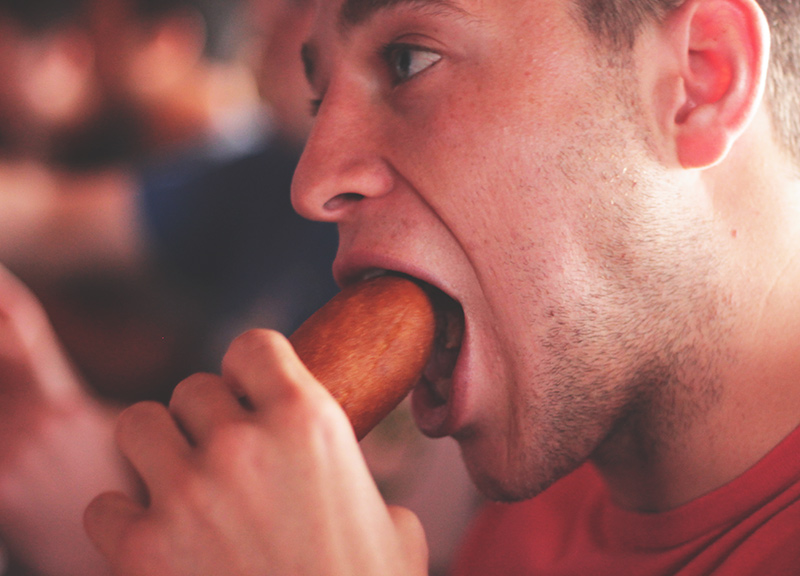 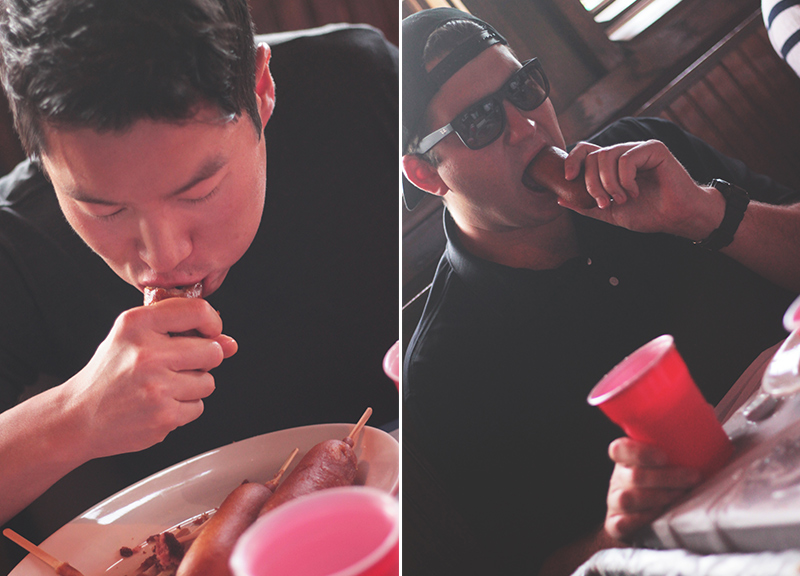 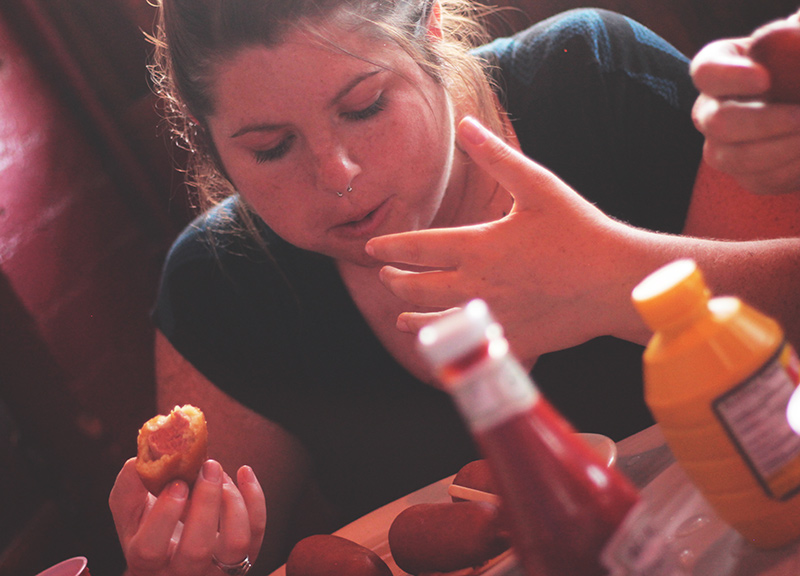 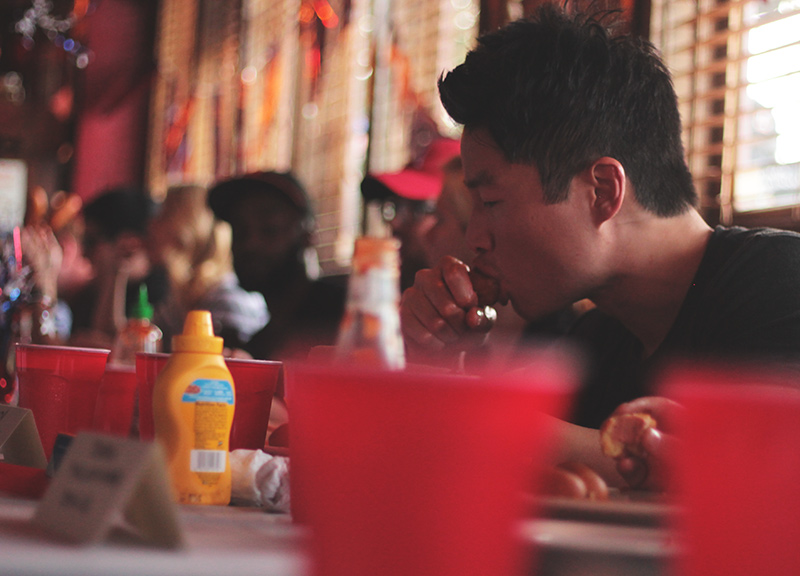 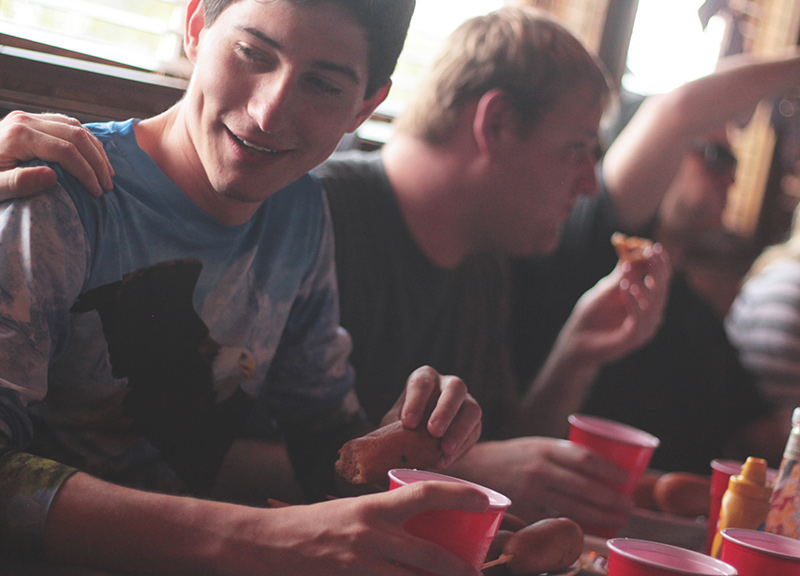 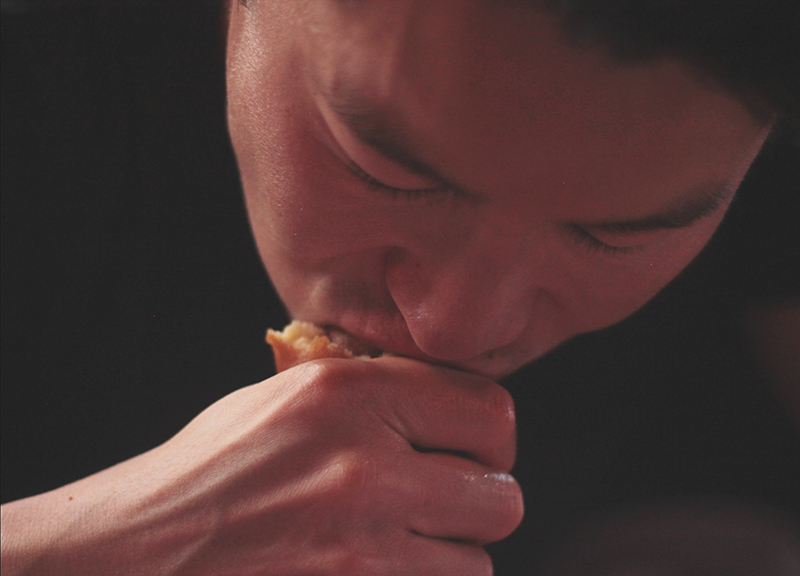 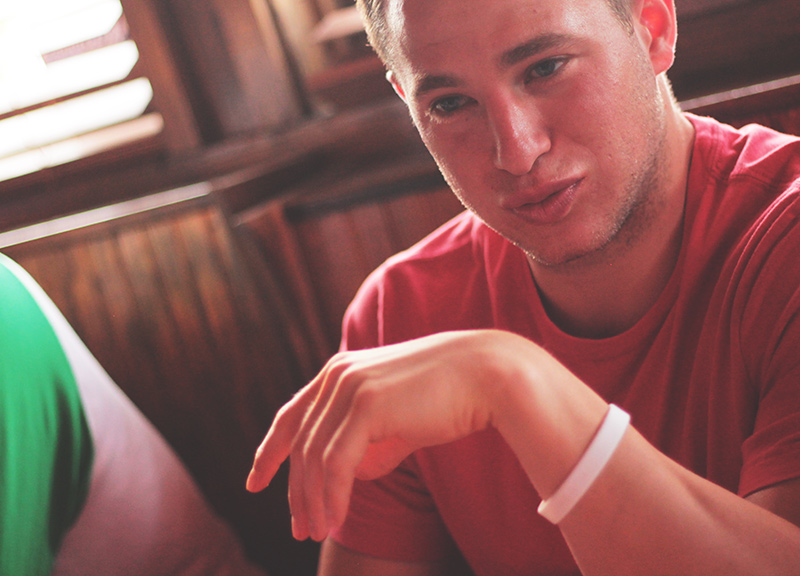 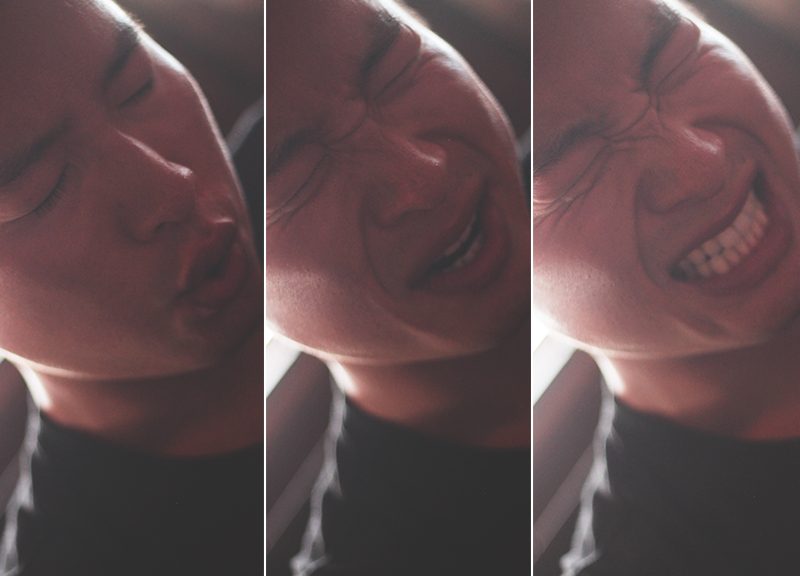 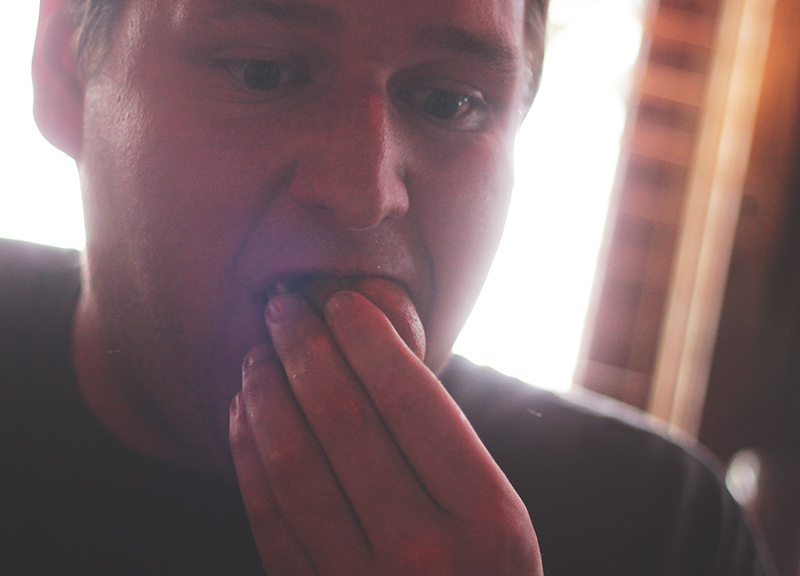 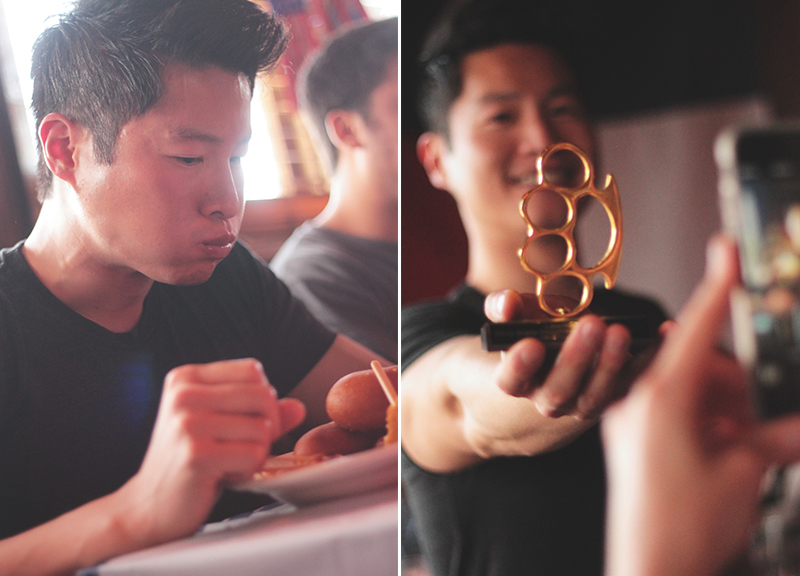