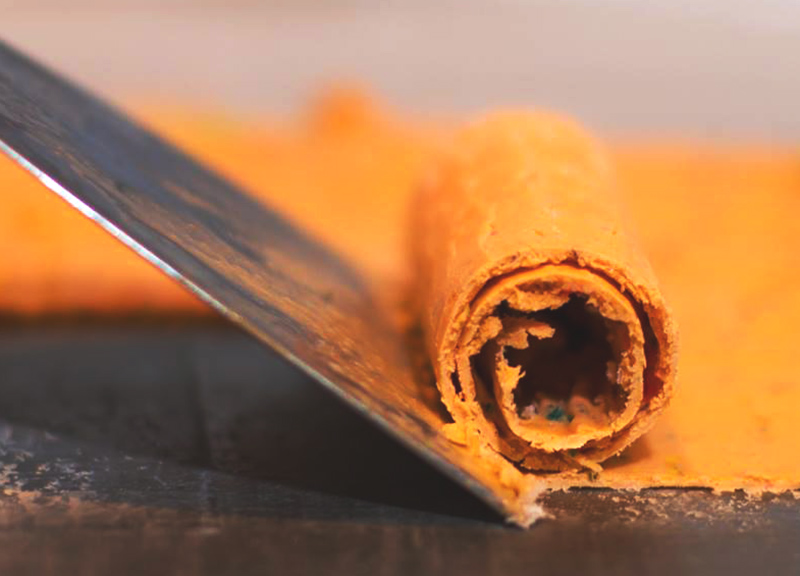 If you’ve been on basically any social media channel in the last year, you’ve likely stumbled upon a video that looks a heck of a lot like this one:

What you’re seeing there is a hypnotic little ice cream-making method that was developed in Thailand in which cream is directly applied to a chilled surface, frozen right before your eyes and shaped into an ice cream roll. It’s a process that’s all the rage in New York and in L.A., and, starting on October 7, it’ll be in Dallas too, becoming the latest in a suddenly long line of new ice cream treats in town competing for your dollars and Instagram postings.

Specifically, these treats will be found in Deep Ellum — and in a pretty interesting location at that.

When Chills 360 opens up shop at 2646 Elm Street, it will serve as the anchor for a new covered walk-through called The Alley that will connect Elm and Main Streets and allow people walking through the neighborhood to cut from one strip to the other without having to walk over to Crowdus Street or cut through the parking lot over by Truth & Alibi and BrainDead Brewing. Convenient! Well, presuming the line from its across-alley neighbor Glazed Donut Works doesn’t block the entrance — although, with Chills 360 currently promising that it’ll be open till 4 a.m. on Fridays and Saturdays, maybe it’ll just siphon off some of that ever-extending Glazed queue.

Opening day will find the now-hiring Chills 360 team celebrating their arrival in town by giving 10 customers free ice cream for a month, if committing to a month’s worth of something you’ve never had before sounds like a good deal to you.