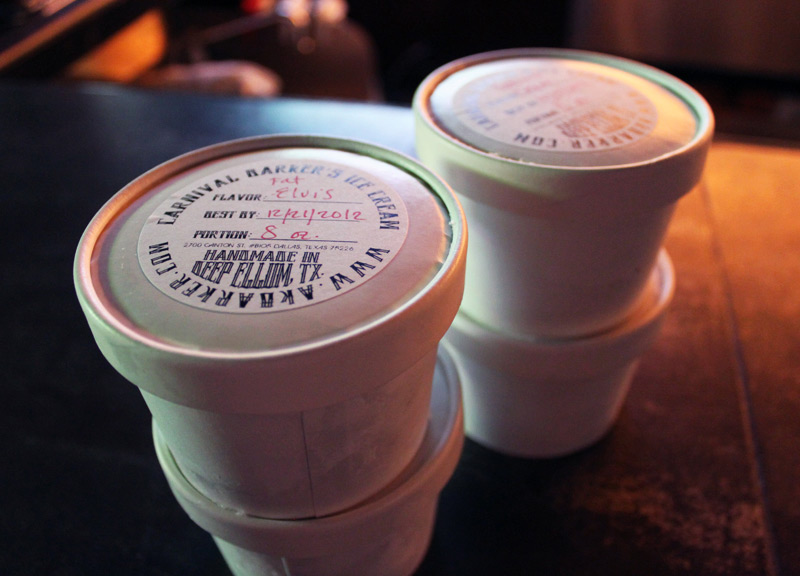 There's a sweet new ice cream entity popping up on the local restaurant circuit. And the locally made concoction, believe it or not, can even kick the long-adored Blue Bell company's ass.

It all started last summer — one of the hottest on record for Texas, as you no doubt recall — when Dallasites Sarah Miller and Aaron Barker were visiting some friends in Austin.

“It was too hot to do anything rather than swim or sit in the hotel room,” Barker recalls. “So we chose to sit in our room and watch a documentary on ice cream.”

The documentary they watched explained in detail the inner workings of an Ice Cream College degree offered at Penn State University. “From cow to cone” is the Ice Cream College's slogan, and the eight-day course teaches attendees everything they could ever hope to know about ice cream.

So, upon returning to Dallas from Austin, the two, inspired by what they'd seen on TV, began playing around with some ice cream recipes in their own kitchen. After realizing that this could be something they might actually want to do for a living, they then signed up for the course at Penn State. In early January, they graduated from Ice Cream College and came back to Dallas with the idea to launch a new business called Carnival Barker's. Just a couple of weeks later, their ice cream was being sold at area establishments Bryan Street Tavern, Bolsa and City Tavern.

They make their ice cream the purest ingredients — no preservatives and no chemicals. And they hand-whip their concoction to a specific balance of 25 percent air and 75 percent ice cream, ensuring a light, but delectable, scoop each time.

And, surely, it doesn't hurt that the twosome behind the ice cream delights are, like, the cutest couple ever. Neither takes any more credit for their ice cream business' success than they give the other. Together, they share their passion and commitment to ice cream through their business — and more recently to one another. Last month, Barker surprised Miller with a marriage proposal. She said yes.

Good thing, too. When people are in love, really good things tend to happen.

“One of the great things about this is that, most people, when they eat ice cream, they're smiling,” Miller says. “And it's really hard to eat ice cream and not be happy. It's just a really positive thing that we both feel good about doing.”

Whether it has to do with their crazy love for each other or their crazy knowledge acquired at Penn State, know this: Carnival Barker's Ice Cream is amazing.

Area restaurants seem to understand as much. In addition to Bolsa, Bryan Street Tavern and City Tavern, you can now purchase their products at the Granada Theater and at that theater's next-door neighborhood beer garden and restaurant, Sundown.

Next time you are out and about on one of these hot Texas days — and make no mistake, there will be one shortly — stop by a Carnival Barker's carrier and grab a scoop. They go for as cheap as $2 a bowl-full at City Tavern.

And who knows? Maybe you'll fall in love with more than just the banana pudding when you're chowing down. Hey, it worked for Miller and Barker. 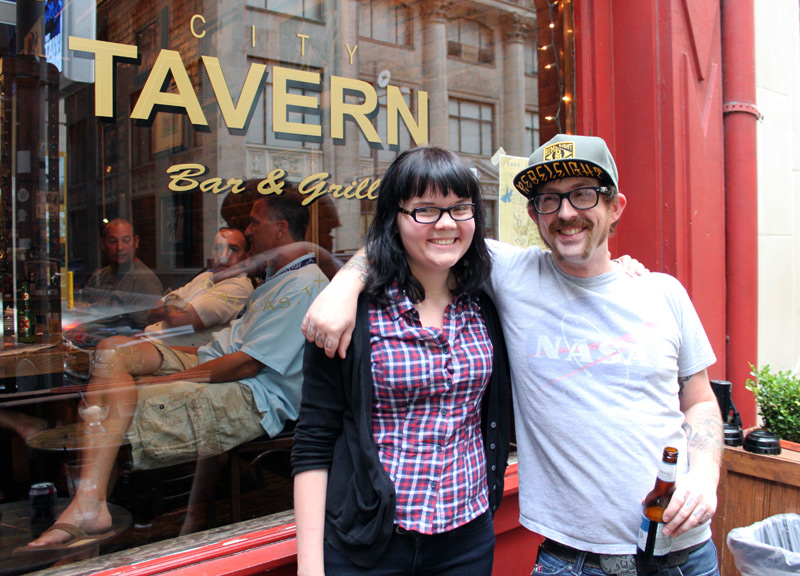 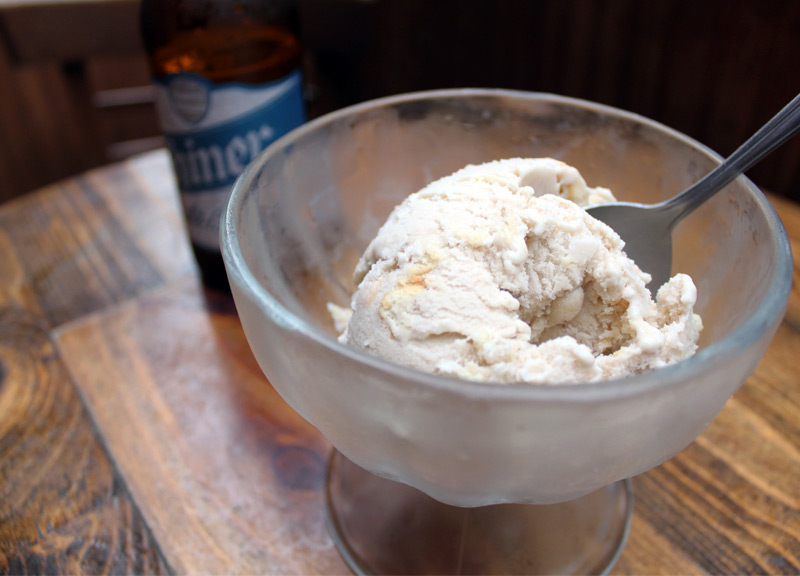