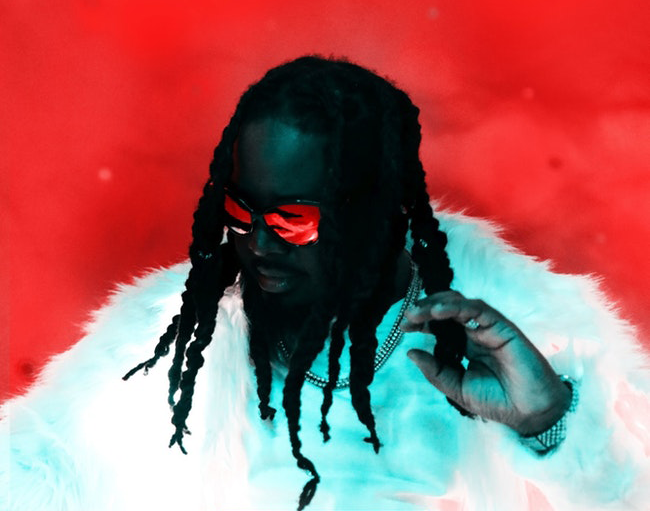 Also Among This Week’s Upcoming Dallas-Area Shows You Should Know: Steely Dan, The Locust, Ski Mask the Slump God, Hanson And So Much More.

Here’s a shocker: making racist, homophobic and misogynistic remarks on a public platform such as, say, a podcast can cost you career opportunities.

What seems incredibly self-evident to those of us with scruples was something that didn’t dawn on comedian Shane Gillis until that exact scenario panned out and caused him to lose a gig with Saturday Night Live. This didn’t sit well for those with a weird thirst for retribution toward cancel culture.

Bill Burr, Rob Schneider and Jim Jefferies all came out in defense of Gillis, with Jefferies also asserting that calling Asian people “ch**ks” as recently as last year is one of, “just a couple things back in his history.”  Burr expressed even more blatant vitriol in saying, “You millennials, you’re a bunch of rats, all of you,” followed by  “None of them care. All they want to do is get people in trouble.”

To that, we say, “Uh, yeah, people who make horribly bigoted remarks should absolutely get in trouble. Guilty as charged.” Moreover, many of us have been fired for far lesser offenses (I was once fired from a restaurant because I was a terrible waiter – where was my Netflix special?)

More importantly, there are loads of entertainers who haven’t done anything to get “cancelled” (that we know of, anyway), and they still have careers. (Ok, nevermind Chevy Chase is problematic. Just cancel SNL.) Here are some freshly announced Dallas-area shows from such artists.

The Locust
Tuesday, October 29 at Gas Monkey Bar N’ Grill
On sale now.
Whether it was at Trees with Yeah Yeah Yeahs or at Rubber Gloves with Lightning Bolt and Arab on Radar, The Locust has always blessed us with legendary shows. Since the band hasn’t played DFW in years, this show also counts as legendary. We don’t make the rules.

Ski Mask the Slump God
Wednesday, October 30 at Bomb Factory
On sale now.
2018 XXL Freshman Ski Mask the Slump God met the late XXXTentacion in a juvenile detention center back in 2013, and upon their release, the two Florida rappers would collaborate and form the Members Only collective. Along with X, Ski Mask has been at the cutting edge of trap’s emergence in the mid-‘10s, and with hyped singles such as “Catch Me Outside,” “Nuketown” and “Take a Step Back” under his belt, he has proven himself a force to be reckoned with.

ScHoolboy Q
Tuesday, November 5 at South Side Ballroom
On sale Friday, September 20 at 10 a.m.
The Top Dawg Entertainment rapper and 25% of the Black Hippy collective dropped his fifth studio album, CrasH Talk, in April of this year. For the first time since playing Dos Equis Pavilion last year with fellow labelmates Kendrick Lamar and SZA, ScHoolboy Q will pay us another visit. Joining him on this run will be Canadian rapper Nav.

Allen Stone
Tuesday, November 12 at House of Blues
On sale Friday, September 20 at 10 a.m.
If you dig the golden age of Motown Records and like the nostalgia brought to you by Leon Bridges, then hey, give this a shot.

T-Pain
Thursday, November 14 at South Side Ballroom
On sale Friday, September 20 at 10 a.m.

What are birds even doing? Like. When you see one bird. Where’s the little guy goin? And why? Do they have little bird jobs?…… Holy shit……. is there bird money? I’m gonna take a nap.

Rodrigo y Gabriela
Saturday, November 16 at South Side Music Hall
On sale Friday, September 20 at 10 a.m.
This Mexican acoustic duo collaborated with Hans Zimmer and performed at the White House during the Obama years. You need to step up your game.

Cherubs
Saturday, December 7 at Double Wide
On sale now.
This is a renown noise rock band from Austin. If you want to see Cherub, the completely separate act in the form of an electronic duo, they’re playing Granada on October 19.

Hanson
Monday, December 9 at House of Blues
On sale Friday, September 20 at 10 a.m.
Don’t lie, you know “MMMBop” was catchy as hell.

Chevy Chase
Saturday, December 14 at The Pavilion at Toyota Music Factory
On sale Friday, September 20 at 10 a.m.
The Saturday Night Live alumnus and the actor who played Ty on Caddyshack will perform a stand-up in Irving 11 days before Christmas. Because of the holiday occasion, a screening of one of Chase’s other famous movies, National Lampoon’s Christmas Vacation, will follow.

In Flames
Friday, December 20 at Gas Monkey Bar N’ Grill
On sale Friday, September 20 at 10 a.m.
In Flames is one of the most, if not the most famous and influential band in the melodic death metal genre. They are also at the center of Sweden’s vibrant death metal scene, which boasts other marquee acts such as Arch Enemy, Dark Tranquillity, Opeth and Amon Amarth.

Steely Dan
Friday, December 27 at WinStar Casino
On sale now.
Legendary jazz-fusion outfit and John Mulaney’s favorite band, Steely Dan, has many albums in its catalog considered to be some of the greatest in all of rock music, namely Aja and Pretzel Logic. Steely Dan also has a song titled “Dallas,” and it’s an understatement to say it would be a missed opportunity for the band not to play it at this show.

Jason Isbell and the 400 Unit
Friday, January 24 at WinStar
On sale now.
Jason Isbell frequently drank and fell into drug use during his tenure with Drive-By Truckers, but ever since a 2012 stint in rehab, he has remained sober while speaking and singing candidly about the experience. He also pisses off lots of conservatives on Twitter.

Raphael Saadiq
Monday, January 27 at House of Blues
On sale Friday, September 20 at 10 a.m.
This year, revered R&B artist and producer Raphael Saadiq released Jimmy Lee, his first full-length album in eight years. He will be kicking off the new decade with a month-long North American tour, which swings through the Metroplex in late January.

Dashboard Confessional
Tuesday, February 4 at House of Blues
On sale Friday, September 20 at 10 a.m.
Piebald opens, making this the most 2004 show ever.

Thrice + mewithoutYou
Saturday, February 22 at House of Blues
On sale Friday, September 20 at 12 p.m.
We said last month that mewithoutYou has an unofficial residency in Dallas on account of the fact that they come through here all the damn time. Well, they proved us right.

Sloan
Sunday, March 1 at Three Links
On sale now.
After Kurt Cobain’s death in 1994, major labels started chasing tacky post-grunge bands like Creed and Puddle of Mudd for some reason. This band — then signed onto Geffen Record — challenged this hegemony.

Lauren Daigle
Thursday, March 5 at American Airlines Center
On sale Friday, September 20 at 10 a.m.
If you haven’t heard of Lauren Daigle and are wondering how someone big enough to play a 20,000-cap venue managed to slip under your radar, it’s because she plays Christian music and you weren’t homeschooled.