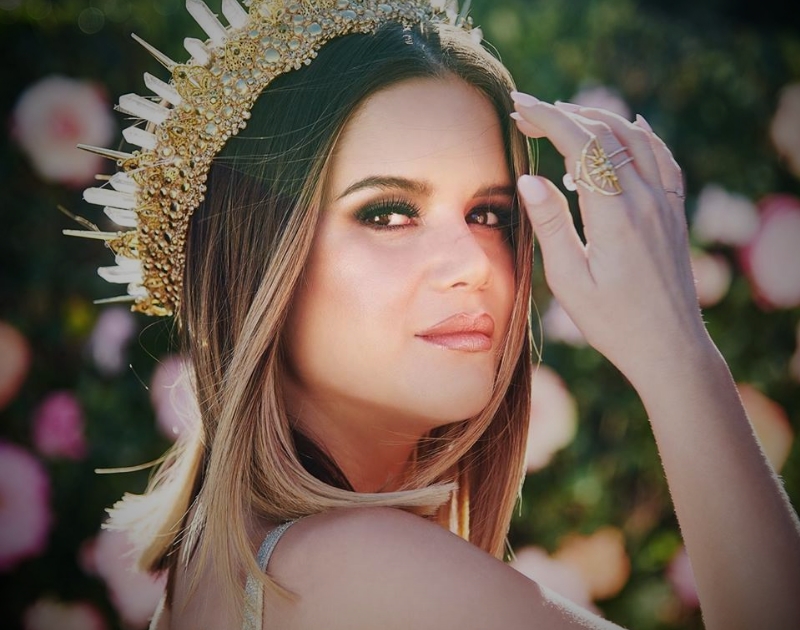 Following the almost simultaneous release of two documentaries on Hulu and Netflix over the past week, everyone’s been rekindling the schadenfreude of 2017’s disastrous Fyre Festival of late.

And, sure, we’ve had our share of unorganized event offerings in DFW that have drawn comparisons to that never-was festival from Ja Rule and disgraced entrepreneur Billy McFarland — but we’re mostly fortunate here in North Texas to have a wealth of promoters without any track record at all of trapping attendees on FEMA tents and feeding them jail sandwiches.

Here are some of the more entertainment offerings these promoters have announced this week.

Toro y Moi (DJ set)
Thursday, January 24, at Sundown at Granada
On sale now.
Following his sold-out show at Granada tonight, Chaz Bear will go next door to Granada’s sister venue Sundown at Granada for an intimate DJ set to add even more to the FOMO.

Deep Blue Something
Friday, February 22, at Dada
On sale now.
The good people over at Homegrown Music Festival are presenting the triumphant DFW return of the Denton-based band behind “Breakfast at Tiffany’s” and Kirtland Records. Taylor Young of The O’s and Daniel Markham open.

Devil Master
Friday, March 8, at Regal Room
On sale now.
According to their label Relapse Records, “Philadelphia’s Devil Master have been spitting in the face of convention since forming in 2016 with their raw, twisted brand of death rock meets black metal punk mayhem.” Alright then.

NSFWknd
Tuesday, March 12 – Sunday, March 17, at Deep Ellum
On sale now.
Bane’s World is the newest addition to the impressive NSFWknd 2019 lineup. And probably the last addition. But, y’know, who knows?!

Conan
Thursday, March 14, at Gas Monkey Bar N’ Grill
On sale now.
This is the doom metal band from Liverpool, not the talk show host or the barbarian. Just so you know.

Big Business
Saturday, March 23, at Regal Room
On sale now.
When they’re not performing or recording with the Melvins, Big Business is touring rather frequently. Following a set at Trees with drummer Coady Willis’ other band Murder City Devils, the Seattle metal duo returns to Dallas to play to a smaller room just a few blocks over.

EyeHateGod
Sunday, March 31, at Gas Monkey Bar N’ Grill
On sale Friday, January 25, at 10 a.m.
EyeHateGod carries so much ubiquity in metal that Phil Anselmo himself considers them a significant influence on Pantera’s later output. Their unique take on sludge metal combines blues riffage with the styles of Black Flag, Flipper, Celtic Frost, Black Sabbath, Discharge and Melvins. Despite such a varied palette of influence, they execute it so tastefully that they, along with other sludge metal contemporaries such as Crowbar and Acid Bath, have given New Orleans a reputation as a metal hotbed.

Ali Wong
Tuesday, April 2, Toyota Music Factory
On sale Friday, January 25, at 10 a.m.
In summer 2018, Ali Wong’s comedy special Ali Wong: Hard Knock Wife premiered on Netflix, and Forbes praised it by saying it “presents a new gold standard for comedy.” Wong also made frequent appearances in shows such as American Housewife and Inside Amy Schumer, and even paid some dues as a writer for Fresh Off the Boat. Other film/television credits of hers include Ugly Delicious, Ralph Breaks the Internet, Bojack Horseman and many others.

Angel Du$t
Thursday, April 4, at Ridglea Room
On sale Friday, January 25, at 10 a.m.
Whether they’re named after PCP, the Faith No More album or both, Angel Du$t falls into the same incestuous pool of bands such as Turnstile and Trapped Under Ice, even going as far as having the same affiliation with the Pop Wig label (whose roster includes Denton’s Razorbumps). Anyway, they will swing through Fort Worth for what is reasonably expected to be a complete rager.

Bouncing Souls
Friday, April 5, at Gas Monkey Bar N’ Grill
On sale Friday, January 25, at 10 a.m.
The Bronx opens this entire tour, and select dates include support from the likes of Swingin’ Utters, Off With Their Heads and Skinny Lister. As for us? We get The Casualties and Crazy + the Brains.

Delta Sleep
Tuesday, April 9, at Sundown at Granada
On sale Friday, January 25, at 10 a.m.
UK post-hardcore/math rock outfit Delta Sleep released its most recent LP Ghost City in August 2018, and is presumably coming out with more material, if not taking another North American victory lap to celebrate last year’s release.

Leikeli47
Wednesday, April 10, at Dada
On sale now.
The fast-rising, frequently masked rapper from Brooklyn announced a tour that hits Dada in April — and, in conjunction with this tour announcement, premiered the music video for “Tic Boom.”

Maren Morris
Friday, April 19, at The Bomb Factory
On sale now.
Between gigs from Kacey Musgraves, Erykah Badu and this show, it seems like Bomb Factory is enjoying quite the presence of hometown heroes, no? Anyway, Maren Morris kicked off the year with the announcement of a massive tour titled “GIRL: The World Tour.” The Arlington-born and Grammy-nominated country singer behind hits such as “The Middle,” “My Church” and “Dear Hate” has enjoyed a rather speedy catapult to success in recent years, and she’s coming back to her familiar stomping grounds for this one.

Connan Mockasin
Wednesday, April 24, at Deep Ellum Art Co.
On sale Friday, January 25, at noon.
This is Connan the New Zealand psychedelic pop artist, not Conan the doom metal band from Liverpool — or, it bears repeating, the barbarian. Or the talk show host.

Beach Fossils
Friday, April 26, at Gas Monkey Live!
On sale now.
Dustin Payseur’s project Beach Fossils achieved notoriety almost a decade ago as the then-emerging lo-fi/jangle pop/dream pop circuit came in full swing — right along with contemporaries such as DIIV, Wild Nothing, Real Estate and Smith Westerns. They return to Dallas in the spring to play Gas Monkey Live, an abnormally large venue for a band of their size — especially considering that their last area show was free and came before an audience of maybe 1,000 people tops at Legacy Hall in Plano.

Night Beats + Cosmonauts
Friday, April 26, at The Foundry (Free)
Every year, Parade of Flesh curates a handful of free shows in a series dubbed “Free at the Foundry” that takes place on various weekends at the series’ namesake venue. Bands such as King Gizzard and the Lizard Wizard, Screaming Females and Protomartyr are a few of many bands that have been part of it in the past, and now a co-headlining bill with Night Beats and Cosmonauts comprises the first of many announcements for 2019’s installment of the series.

Deerhunter
Tuesday, April 30, at Canton Hall
On sale Friday, January 25, at 10 a.m.
Experimental rock outfit Deerhunter released its eighth studio album Why Hasn’t Everything Already Disappeared? last week via 4AD. In promotion of this release, Bradford Cox and Co. will bless us in late April with an overdue return to our neck of the woods. Just don’t ask Cox to cover “My Sharona.”

Foxing + Now, Now
Tuesday, May 7, at Deep Ellum Art Co.
On sale now.
An emo band that was hyped four years ago teams up with an indie act that was hyped 10 years ago to embark on a co-headlining tour that should be hyped right now. Despite the ephemeral nature of hype, the former released their third full-length Nearer My God last year to critical acclaim, and the latter (formerly known as Now, Now Every Children) released Saved just three months prior, and Pitchfork described as, “slick, left-of-center pop.” So there is life after buzz, it seems.

Shy Girls
Saturday, May 11, at Three Links
On sale now.
Despite the stage name’s plurality, Shy Girls is actually the solo project of R&B singer-songwriter Dan Vidmar. His CV as an artist is actually quite impressive, as he boasts collaborations with the likes of Odesza and Junglepussy, as well as touring history as an opener for Little Dragon and Haim.

Dave Matthews Band
Saturday, May 18, at Dos Equis Pavilion
On sale Friday, February 22, at 10 a.m.
The Dave Matthews Band once dumped 800 pounds of human feces into the Chicago River and drenched a boat of tourists in the process. If that’s not a perfect metaphor, then I don’t know what is.

Mono
Wednesday, May 29, at Dada
On sale now.
The Japanese post-rock band returns to Dada. Emma Ruth Rundle opens, and will hopefully play to a more respectful audience than the last two times she came through.

American Football
Thursday, June 27, at Trees
On sale Friday, January 25, at 10 a.m.
It’s safe to assume that Matthew & the Arrogant Sea will not open this show.

Santana + The Doobie Brothers
Saturday, July 6, at Dos Equis Pavilion
On sale Friday, January 25, at 10 a.m.
This year, Santana is celebrating the 20-year anniversary of his album Supernatural (which, yes, includes the meme-worthy song “Smooth” featuring Rob Thomas) and the 50-year anniversary of his performance at Woodstock. As far as we know, The Doobie Brothers don’t have any significant milestone anniversaries this year, so they better fulfill everybody’s fantasies and get Michael McDonald and Kenny Loggins on stage with them for “What a Fool Believes.”