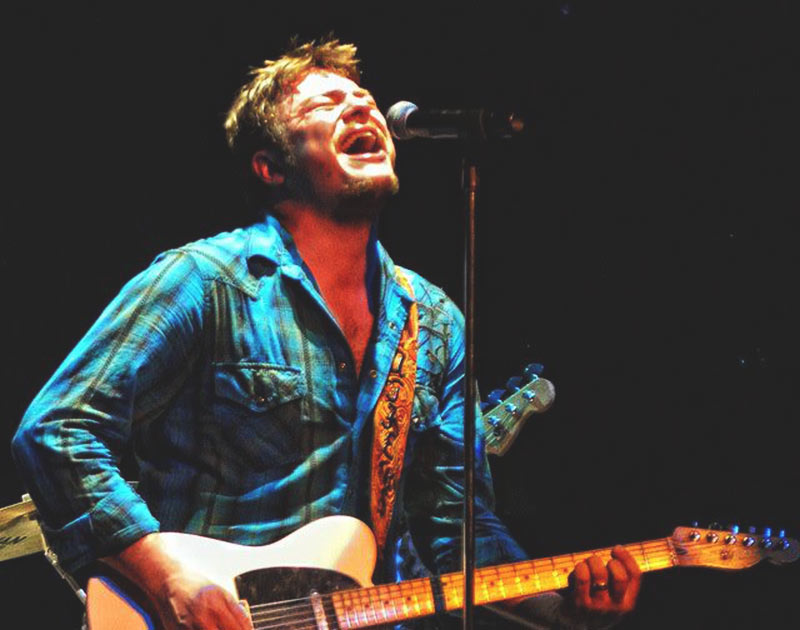 Update at 6:17 p.m.: An alert reader brings it to our attention that Josh Weathers isn’t the only North Texas-based act to be performing inauguration weekend. Turns out, Fort Worth rock band Green River Ordinance is also performing. Their time in the sun will come at tonight’s Black Tie & Boots Ball thrown by the Texas State Society, where they’ll share a stage with Mike Love’s Beach Boys.

Green River Ordinance, you may recall, has some major label dalliances in the late ’00s, both with EMI/Virgin and with Capitol Records, before striking it independent again in the early ’10s. The Trump administration is turning out to be a real boon for the bigger Fort Worth bands of the turn of the decade, huh?

Josh Weathers has had brushes with celebrity before: In 2013, a 2011-recorded clip of him covering the Whitney Houston version of “I Will Always Love You” at the Kessler Theater in Oak Cliff went viral (at the time of this writing, it’s chalked up some 1.5 million views). And he’s certainly had his share of adoration, too: In 2011, the Fort Worth Star-Telegram called him “the hardest working man in local music,” back when he was still performing under the Josh Weathers & The True+Endeavors moniker.

But, this weekend in Washington, D.C., the Fort Worth bluesman will perform what’s likely to be the highest-profiled gig of his career to date: As the Star-Telegram first reported yesterday, Weathers will on Friday perform at the Salute To Our Armed Services Ball that’s being thrown at the National Building Museum as part of Donald Trump’s presidential inauguration weekend. He will co-headline the affair alongside ’60s and ’70s pop star Tony Orlando.

Weathers, to his credit, seems well aware that this performance could ruffle some feathers.

“I know that’s going to come with some backlash, and some craziness, but the people that know me and know my heart — it’s not a political move by any means,” he told the S-T‘s Preston Jones this week.

That’s believable enough. In 2014, Weathers actually left music to focus on more philanthropic efforts, then returned to the craft last year when he realized that his music might actually help him on that front. These days, those efforts are coalescing in the form of the devout Christian’s Love Like You Mean It nonprofit, which is dedicated to “changing the treatment of young girls and women in India who, [at] as young as 5 years old, are cast into sex and slave trafficking.”

Per Weathers and his bandmates, the Salute To Our Armed Services Ball gig came their way through Fort Worth event producer Walter Kinzie and his Encore Live brand, which is coordinating several weekend events from President-elect Trump including the Inauguration itself. They also tell the S-T that their decision to perform at the ball came down to the realization that the performance could help bring some extra attention to Love Like You Mean It.

In other words, whereas some bigger names may have the luxury of turning down such an appearance due to their political beliefs, not everyone is in that boat. Sometimes, you just have to make the most of the gigs you’re offered.