Is Uptown Really That Douchey? 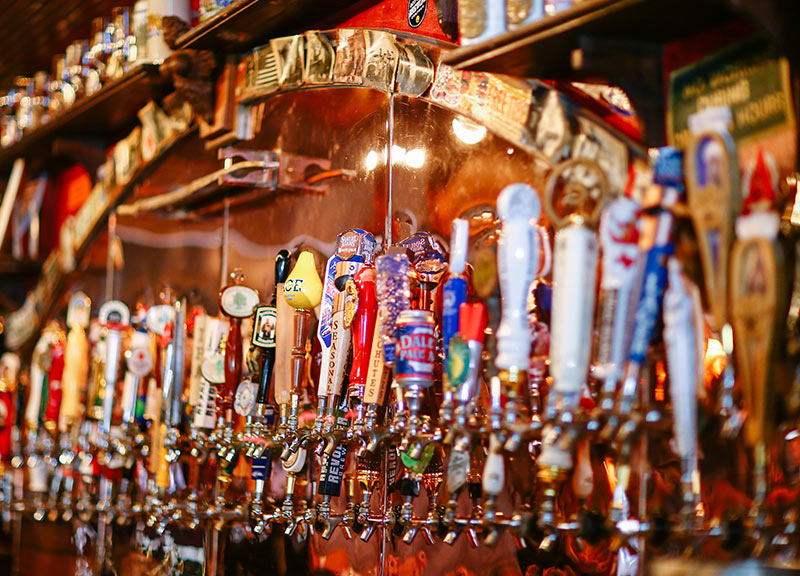 Not One Hundred Percent Of The Time, No.

Wikipedia gets a couple things right when it comes to Uptown: Yes, it’s “an upscale neighborhood in Dallas,” and, sure, you could definitely argue that it very well might be “one of the most pedestrian-friendly areas in all of Texas.”

But we can all agree to take pause with Wikipedia’s claim that Uptown is “popular with a diverse group of young professionals.”

Diverse? Not according to the descriptors we so often hear applied to it.

If anything, Uptown’s demographic has a reputation for being strikingly streamlined. Seriously: Ask just about anyone with even the most remote familiarity with Dallas to describe this glitzy neighborhood in a single word and the answer you’ll receive — assuming your respondent doesn’t live along McKinney Avenue and its many tributaries — is a foregone conclusion.

Everyone knows it and shouts it from the mountaintops.

But is this fair? Is it accurate? On a scale of 1 to douche, does Uptown really deserve to be ranked alongside the Scott Disicks of the world?

No, it doesn’t. It’s not all crowded bars and Polo shirt-wearing SMU students. Uptown can actually be pretty freakin’ great sometimes — when it’s not buoyed by the under-aged and over-privileged.

Ever been to The Gingerman before dark? Holy shit, the place rules.

And it’s always been this way, too. The place has been open since the ’90s — kind of an anomaly in the nightlife game — and it draws in all sorts of people. Young couples down craft beers while passing their newborn babies back and forth. Octogenarians make fools of their younger competitors on the dart board. Then there are old friends like Bill Graswich and Don McGowan, who’ve been coming here together for 15 years now (who’s counting?).

“I like it here because it’s no hassle, no hustle,” says Graswich as he looks to McGowan for some sort of telepathic fist-pump for his smooth delivery. “We’ve been in here [wearing everything from] suits to hunting boots. This isn’t a troll-for-a-girlfriend kind of place. The girls that come in here aren’t trying to prove anything either.”

Mostly, the girls here like to drink — all without being pestered by some over-confident chump with a side-part and a Red Bull and vodka in hand. And they can because those guys don’t really exist here. They can’t: The Gingerman only serves beer, wine and cider.

Really, though, Uptown’s pretty awesome across the board when viewed in broad daylight.

Take the Blackfrair (which is owned by the same people responsible for the nearby Idle Rich, Renfield’s Corner and The Old Monk). It’s an Irish pub based out of a century-old wooden house — and kind of the perfect place to get your daily dose of sun-drunk. Patio? Check. Porch? Check. Balcony? Check. A Gothic arch-backed bar from Pete Townshend’s English castle? Has that, too. And, although the establishment’s medieval interior may be a bit dark for the afternoon hours, a little alcohol and vitamin D goes a long way — and make people nicer.

So much so, that it attracts a pool of regulars who, as bartender Austin Millspaugh puts it, “definitely develop into friends.” Good timing: As Millspaugh extols those very virtues, two of his regulars peak in to say hello. He turns and points to them, accentuating his point, then politely excuses himself to greet them. A few minutes later, Millspaugh returns and picks up right where he left off: “The fact is, our staff treats it [the bar] like it’s home.”

And no one wants douches to infiltrate their homes. That’s just a fact.

But timing is indeed everything in Uptown. It’s like the story of Cinderella — when the clock strikes, everything changes. In this case, the magic hour seems to be 10 p.m. or just thereabouts. The switch is flipped: Out pops the pastels of springs past, and in comes a new set of the same kinds of people — many of whom actually aren’t all that bad when you get to know them, but somehow blend into the old stereotype just the same.

“If you come [to Uptown] after 10 or 11 o’clock it’s a different world,” admits Gingerman general manager Gary Brenders. “It’s very crowded — a lot of people with their credit cards, you know? The typical $30,000 millionaire.”

Down the road at Tate’s on McKinney, general manager Robbie Call has another term for what happens along this strip of bars: “[It’s] a sea of douche,” he explains while promising that his bar is separate from all that. In his eyes, Tate’s is a craft cocktail island of refuge. Craft, lest you didn’t know, is code for good.

Here’s the thing, though: Go out most anywhere in town on a Friday or Saturday night and you’re going to run into some less-than-exceptional people. That just comes with the territory.

Sure, Uptown may have things a little worse than other stretches. But Uptown also has a bar-to-person ratio comparable only to the mouth-to-wiener one at Rangers Ballpark’s $1 hot dog night.

So Uptown’s specific “douche” problem? Sure, it’s exacerbated from time to time.

But those times can be avoided.

Uptown’s true colors? They shine brightest in the day. And that’s for the best: Uptown is best enjoyed at a leisurely pace and steeped in conversation. Spend an hour chatting up your bartender at the Blackfriar, for instance, and you’ll learn more about beer than you ever could in four, five or, hell, even six years of college.

My point is this: Uptown’s better than you think.

Come to think of it, it’s actually a little diverse, too. Just like Wikipedia promised!

I mean, hey, it’s not like those eldery dart-players at the Gingerman really have all that much in common with their fellow patrons over on the patio, the ones who are just now figuring out how to put their own spin on parenthood. Well, except for one way: These people all know how to do Uptown right.

Suck on that, any teacher who ever told me that Wikipedia’s not a valuable source of information. 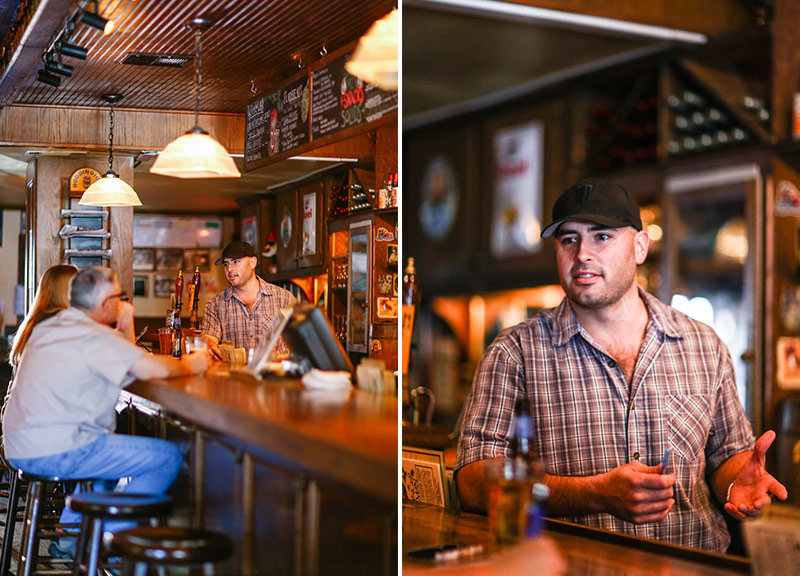 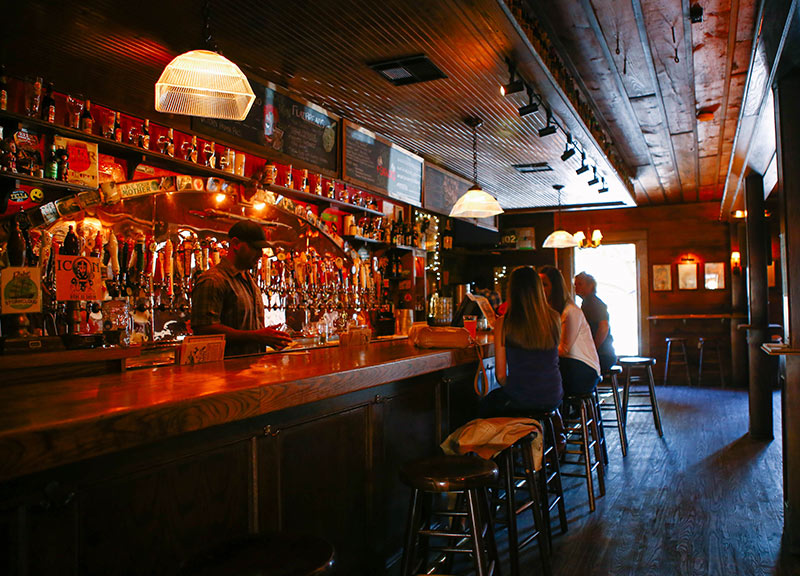 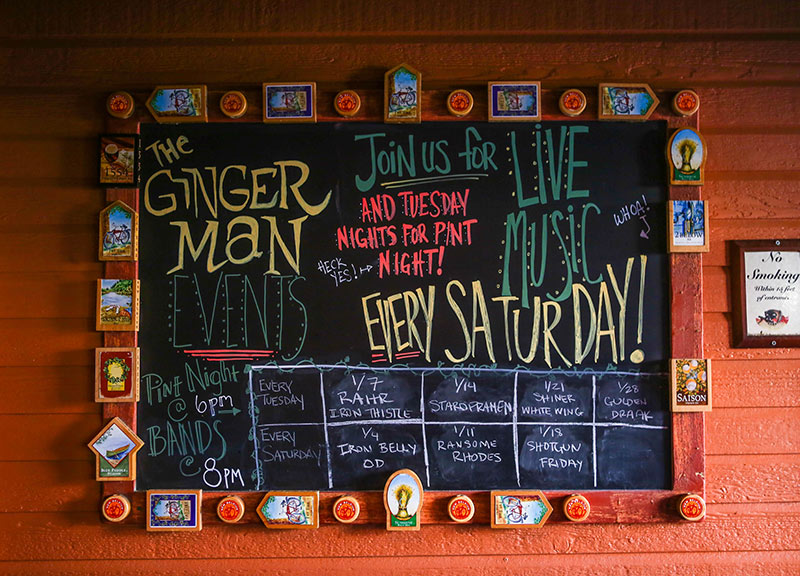 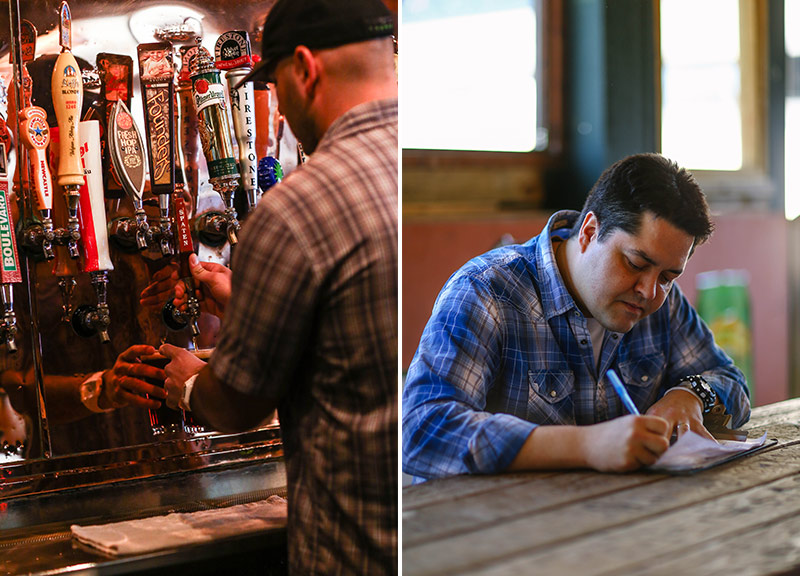 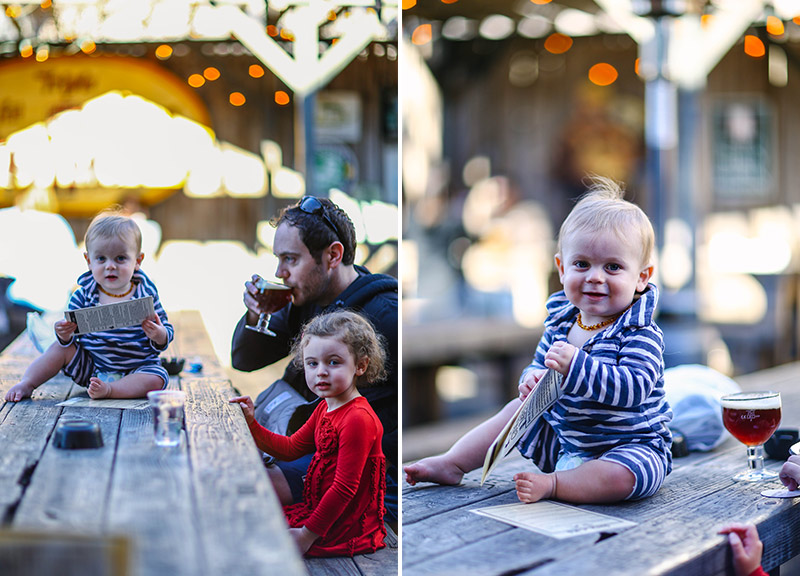 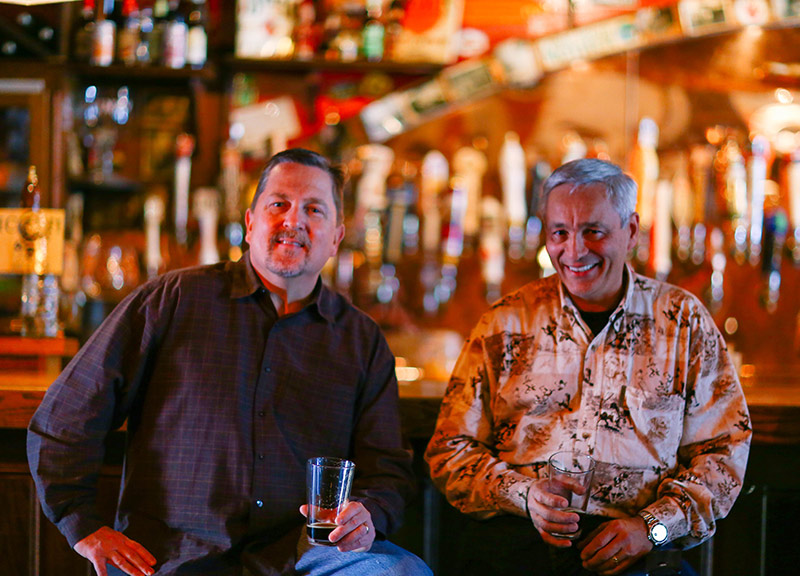 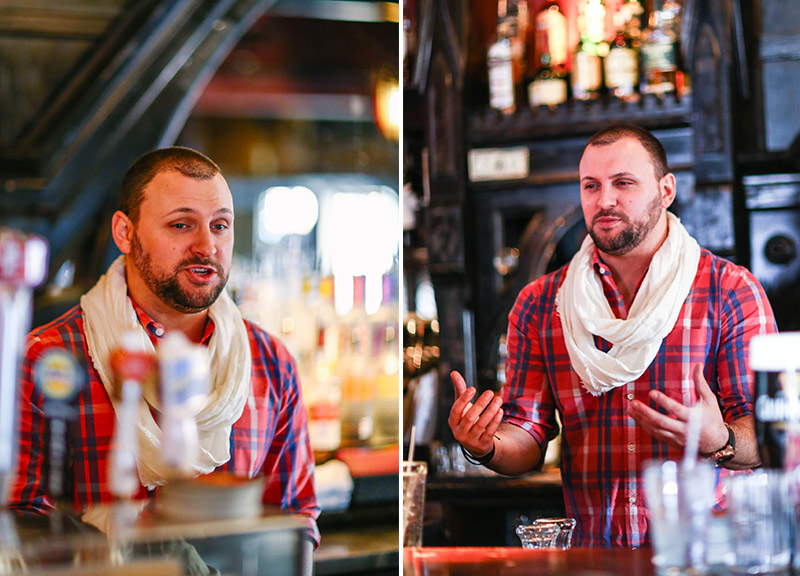 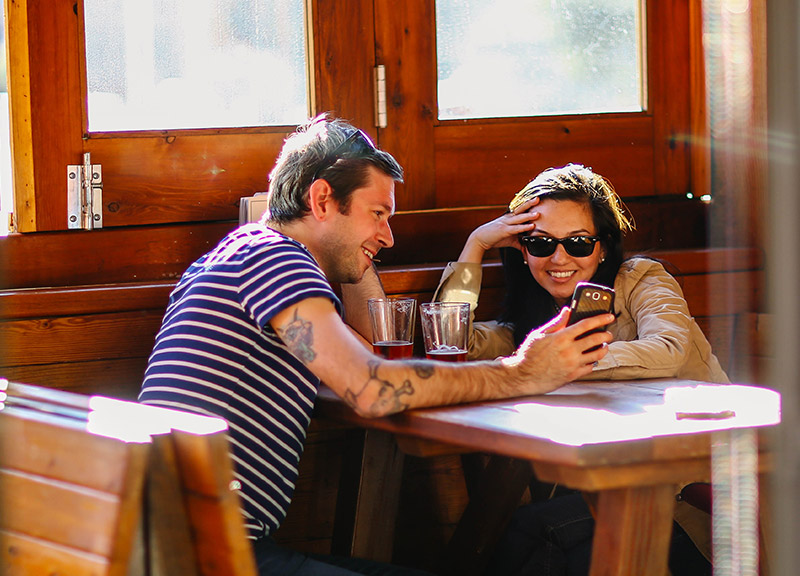 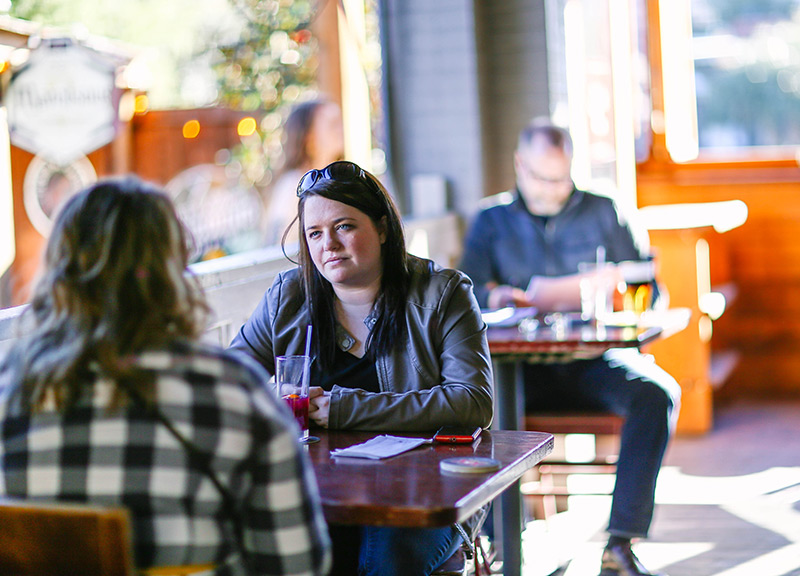 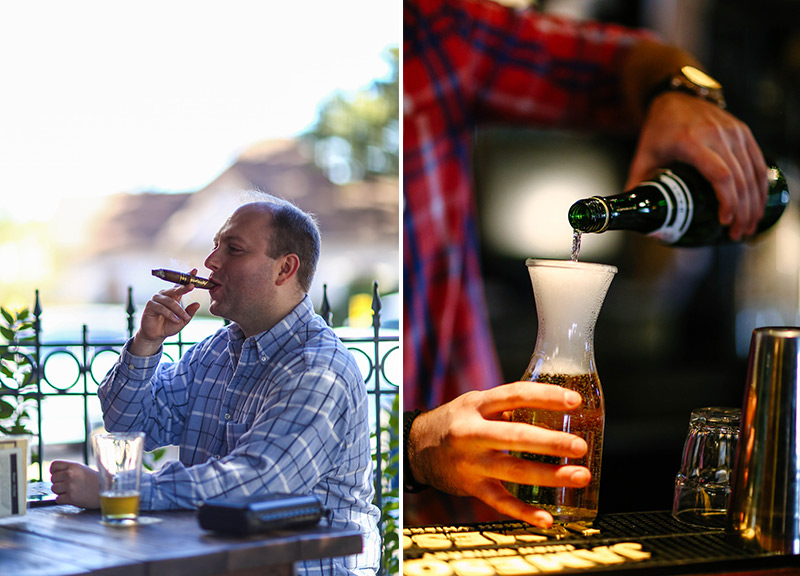 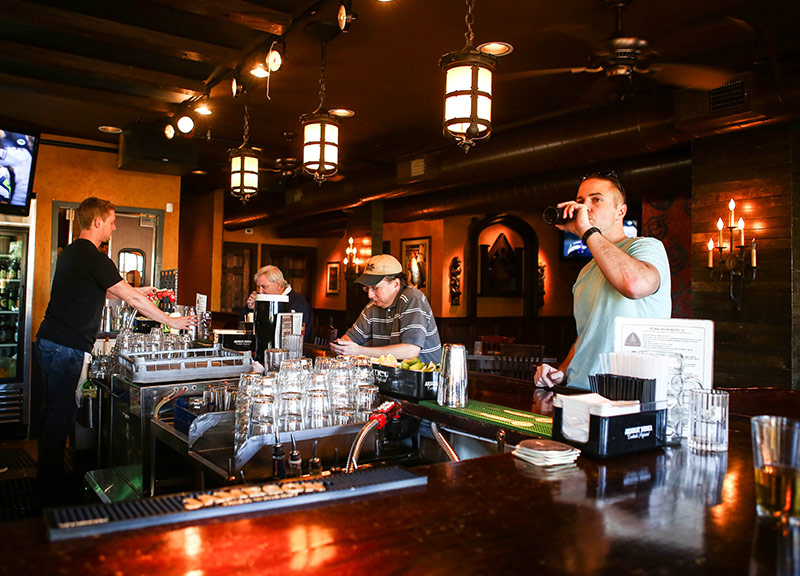 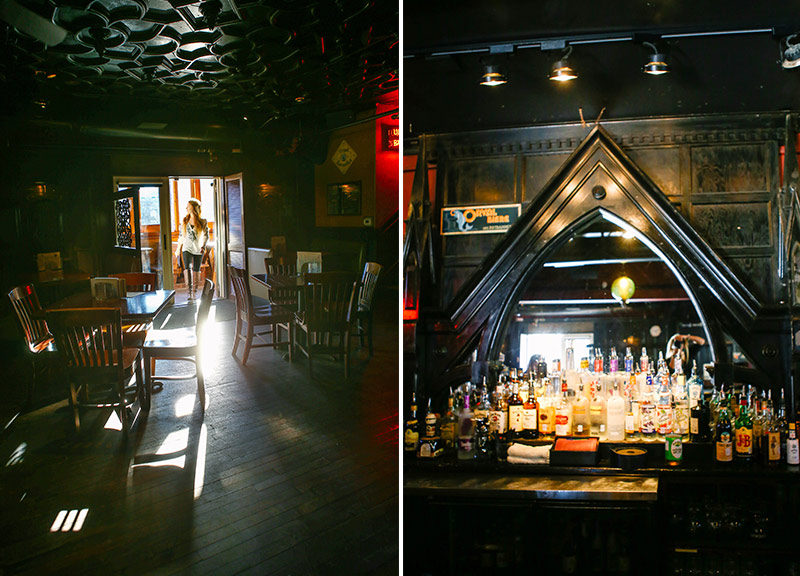 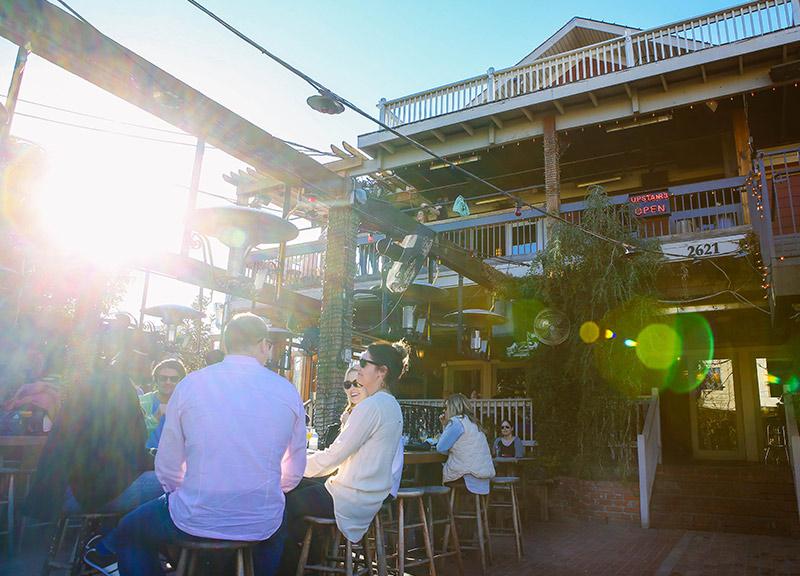 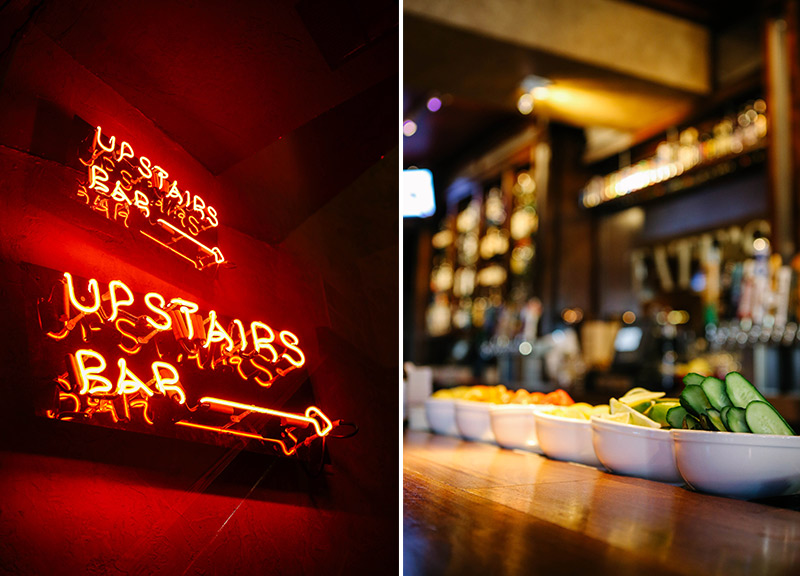 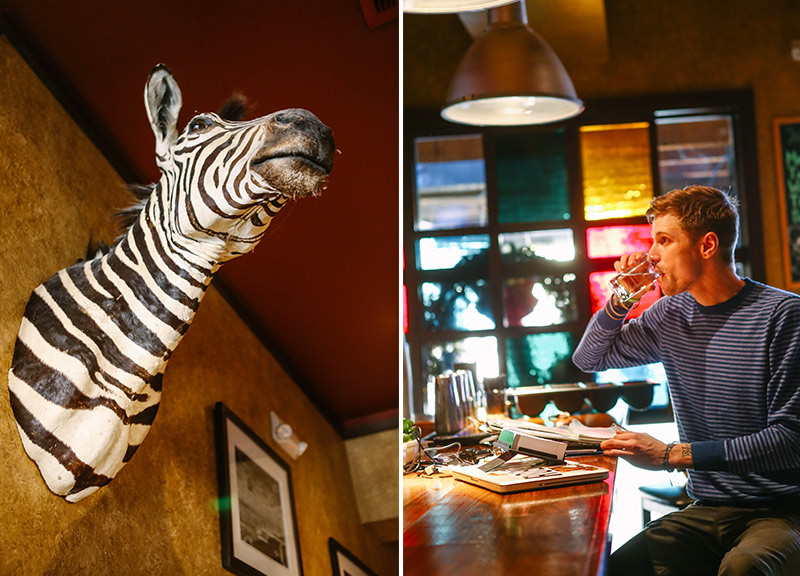 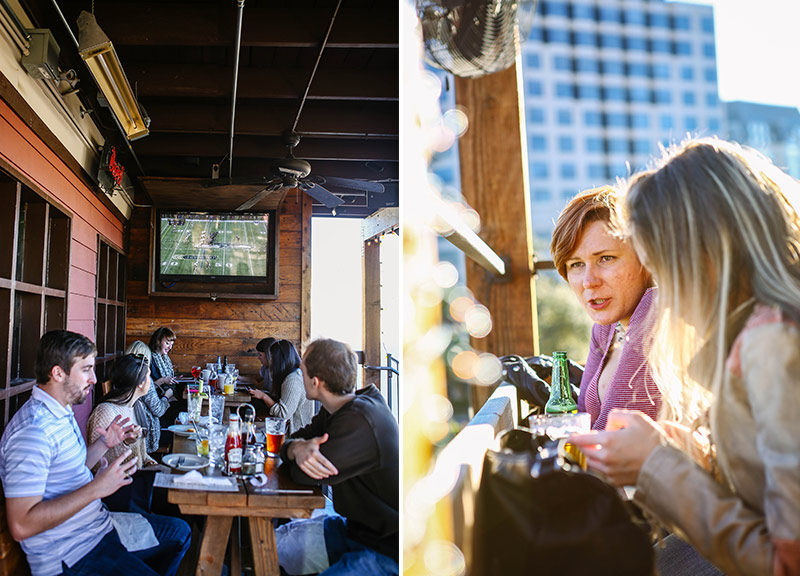