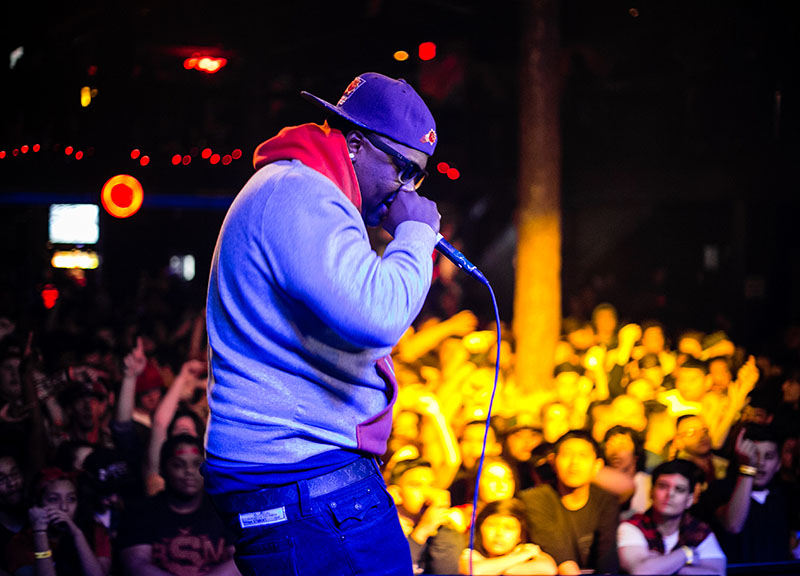 One Night and Two Big Shows With Big Hud.

Standing behind the DJ booth in a packed and loud Beamers nightclub on Sunday night, Dallas rapper Big Hud is mostly calm.

He leans on the booth, drink in hand, lost in thought. He's relaxing, taking a few moments to himself before it's his turn to enter the stage.

Moments later, after spinning each and every hot song of the moment and working the club into a bit of a frenzy, the illustrious Hollywood Bay Bay introduces the rapper to the crowd: “Dallas, welcome to the stage one of y'all own. Big Hud!”

It's a big night for Hud. Earlier in the evening, he performed a set at the Deep Ellum venue Trees, supporting Waka Flocka Flame. Here at Beamers, his performance is setting the table for an appearance from rap superstar Rick Ross.

Those are two of the biggest names in hip-hop — indisputably. And here Hud is, on a Sunday night, opening up for each of them.

Not bad for a single night's work.

After his introduction at Beamers, Hud snaps from his reserved state. Clad in a leather sweatsuit, zebra-printed high-tops and at least a few chains around his neck, he leaps to the stage and opens with “You Can't Tell Me Nothing,” one of his newest songs.

Big Hud's music plays on the high-end lifestyle that most hip-hop artists employ — the flashy, playboy lifestyle. It works for Hud, oddly enough. He's not the aggressive type; he mostly seems like a nice guy with the baby face to fit. His demeanor is calm and his voice at times a bit soft — but never in his music. His name suits him: He is, in fact, a big man — a heavyweight in build, much like a former football player.

In short: He looks the part.

Upon entering Beamers — where Ross would show, but never perform, as part of a club appearance tour aimed at promoting his new album, Mastermind, which is due out March 4 — Hud is for a moment mistaken for the headliner by one of the venue's security guards. Hud laughs off the notion and politely corrects the employee.

Later, one of Hud's entourage members chides him about the error.

“You played that all wrong, Hud!” the friend squeals. “You should've let him think you was Rick — till you at least got in!”

Earlier in the night, Hud was less even-keeled. At Trees, his calm demeanor was replaced with a flustered feeling. After an afternoon spent watching football, Hud got to the venue late. Upon arrival, he was forced to head straight to the stage.

Once there, though, he worked the crowd — a mostly under-21 set excited for the high-energy party antics Waka Flocka's known for — well. A quick exit from that venue got him to Beamers with time to spare.

Back at Beamers, his set is short, consisting mostly of Hud's newest material. On his fourth and final song, “Booty Club,” a brand-new track with a stripper-anthem vibe, the crowd, which could easily ignore the performance, follows along, bobbing heads and cheering.

Well, until about halfway through the track.

At that point, just a few feet behind Big Hud, Rick Ross nonchalantly makes his entrance onto Beamers' stage — just a small platform in the VIP section, really — and sits down in a booth decorated with buckets of champagne. He becomes the whole club's focus. Hud's set — and it was going well, too — becomes an after-thought.

With his set over, Hud exits the stage and makes his way through the crowd to his own VIP table across the room. He spends the rest of his evening here, receiving daps and pounds from the crowd as the night wears on.

It's been something of a whirlwind, this night. But Hud seems pleased.

“I just rocked the town,” he says shortly after walking off the stage and comparing the two different shows he just performed. “It's a good look to cover all angles.”

Between the poster and the fact that Hud was called upon to open the two major hip-hop affairs happening in town on this night, one could easily think Big Hud is an ambassador of Dallas hip-hop. The truth is less glamorous. For the most part, Hud's name tends to be forgotten or overlooked when the topic of Dallas' top rappers is brought up.

“I get more respect outside of Dallas than in Dallas,” the rapper says. “I always try to go outside the box — and [I] don't really sound like Dallas.”

But Hud does seem to be one of Dallas' more connected artists. He's built strong relationships with southern hip-hop artists Yelawolf and Rittz, having recording songs with each of them. Just a few years ago, Hud saw his music videos run on MTV Jamz. He worked with a number of other high-profile acts, too, including such artists as Curren$y, Juvenile and Too Short.

At that time, it seemed as if he was poised for mainstream success. It seemed mostly inevitable.

Then Hud's life changed. He became a father. His priorities flipped for a moment. Now back on his grind, Big Hud mostly finds himself waiting.

He can't blow up on his own, he says. He needs help.

“It's not a coincidence that we have a major city and only have one or two major artists,” Big Hud says. “Memphis, Tennessee, has more major artists than we do. That's 'cause they all jump on each other's tracks and piggyback to the top.”

But Hud is undeterred. He has big plans for the year with the upcoming releases of his O.Y.B.A. mixtape and Almost Home album, as well as heavy touring plans that include a stop at this year's South By Southwest.

He's going to blow, he says. It's just as matter of time and place. And if that place means somewhere other than Dallas? So be it.

“I got a lot of shit in the works,” Big Hud says. “Even if that means I need a relocation.” 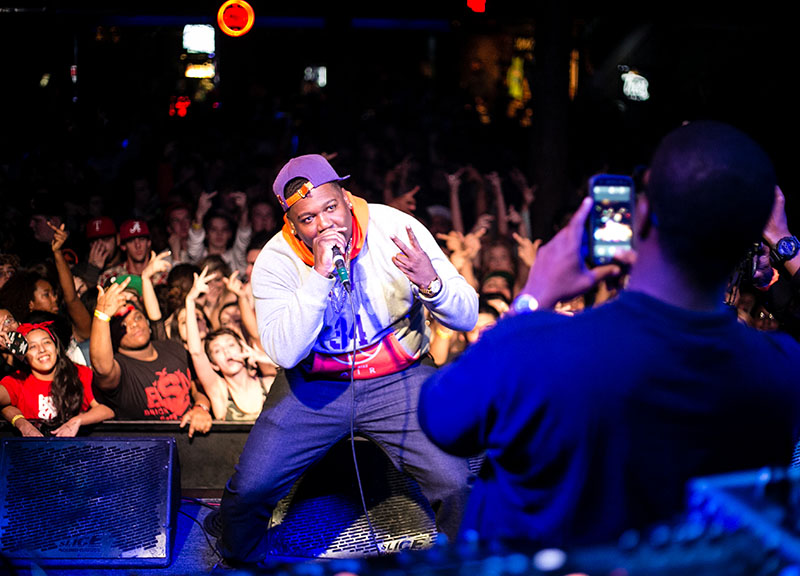 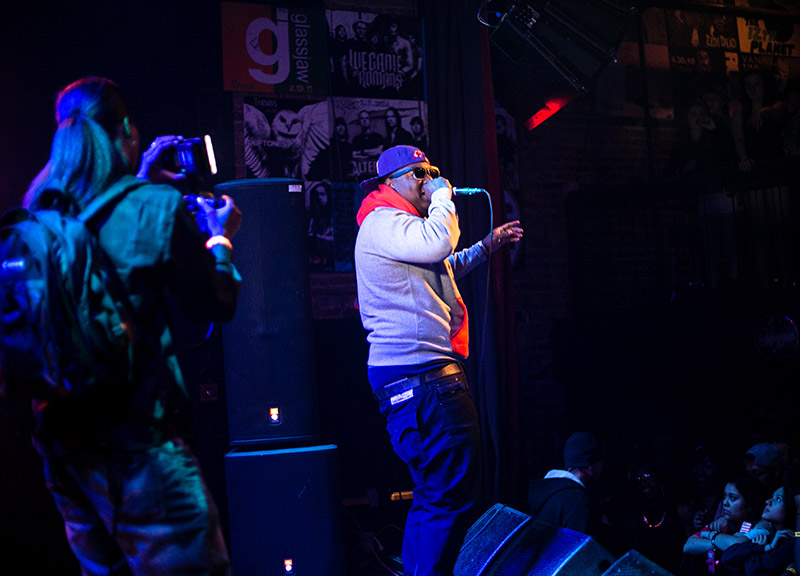 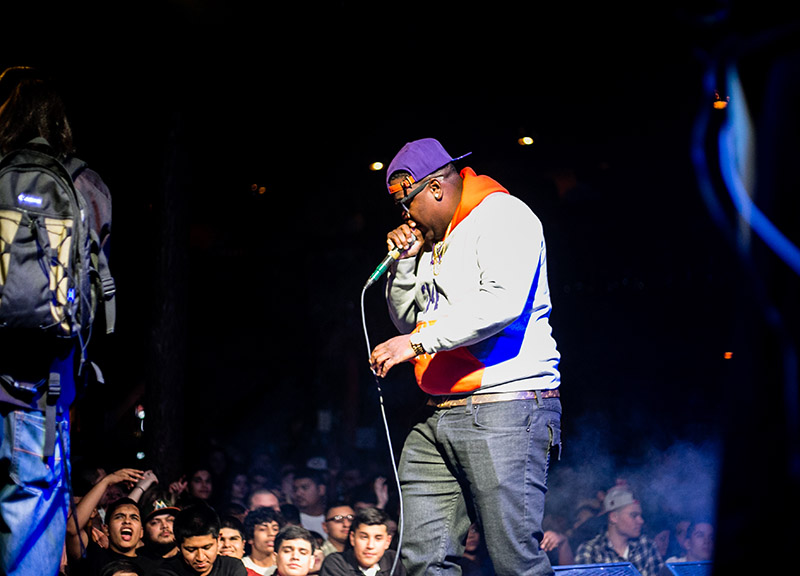 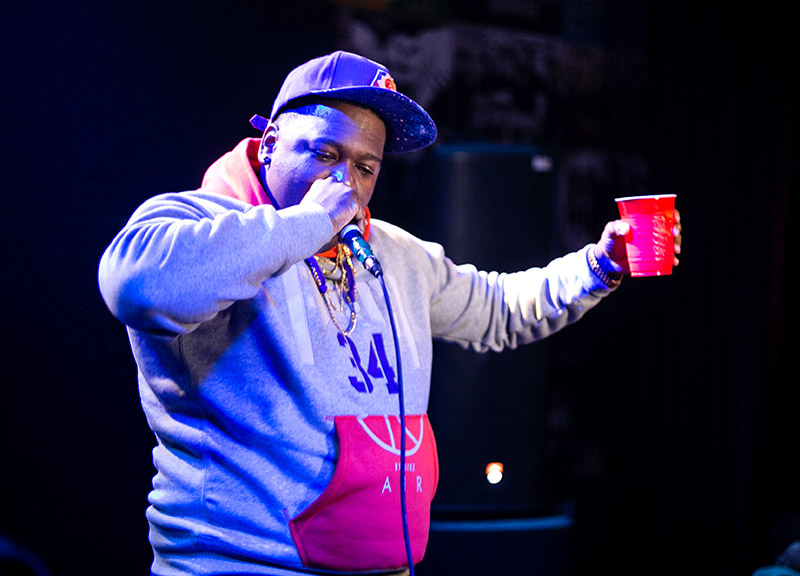 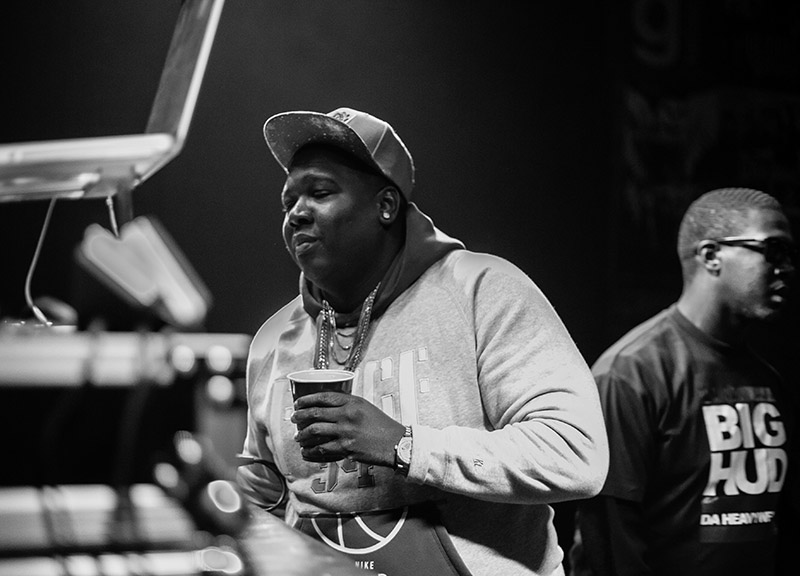 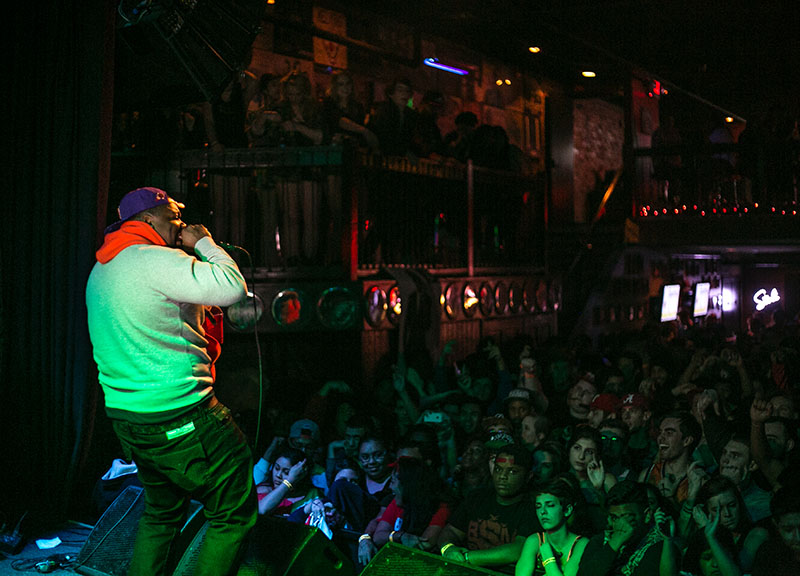 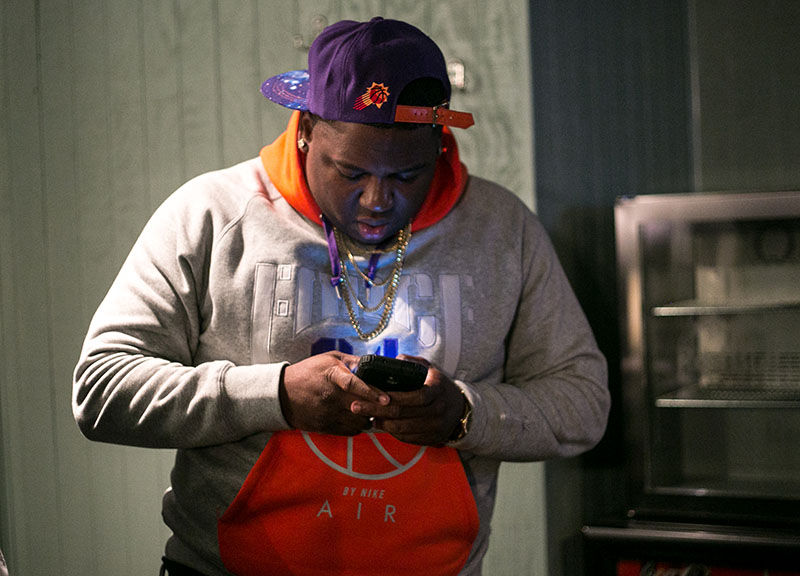