In The Same Boat? 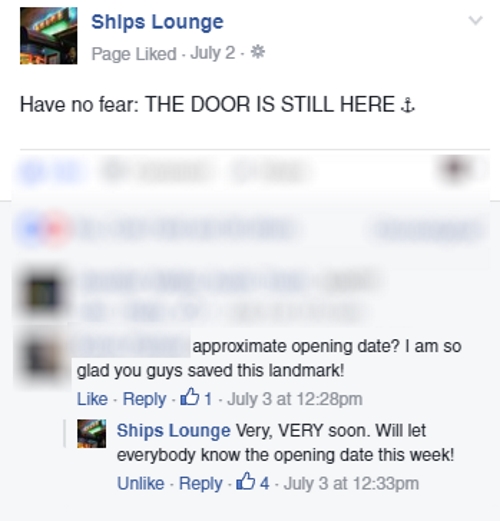 After A Year Of Turmoil, Ships Lounge Is Finally Reopening. For Real This Time.

The saga of Ships Lounge continues: After closing somewhat abruptly last July, the 65-year-old dive is set to reopen as early as sometime this week.

First, let’s all get caught up on the story so far. This time last year, owner Charlie Hunt announced somewhat out of the blue that he’d be closing down his beloved institution for about a month while he looked for someone to take over his duties managing the place. One month then turned into two, and then three. A sign eventually popped up on the door promising that Ships would reopen in September — but that date too came and went.

Then, about six months after locking the doors, a new hope emerged when it seemed Twisted Root and Truck Yard owner Jason Boso was going to come along and finally right the ship, er, Ships. Alas, this was not to be, either. The Lower Greenville Neighborhood Association rose a stink, and City Hall decided to deny Boso the permit needed to keep Ships open past midnight. In the end, those moves proved to be deal-breakers.

Next, let’s look at this past January, when yet another new hope from the bar sprung up in the form of Matt Pikar, the chef-owner of popular Afghan bistro Nora just up the road.

And, finally, that brings us back to this weekend, when the bar’s long-dormant Facebook page posted a couple of exciting updates.

First up, a June 30 updates read: “Believe in second chances…” That was followed by a pair of July 2 updates, one reading “More memories getting ready to be made…” and another meant to alleviate any fears about how much the spot might have changed based on the newly renovated exterior:

Other updates on the bar’s Facebook page give a few other positive clues about what to expect from the spot’s impending relaunch, including the revelations that the original jukebox will still be there, and that despite some still-needed updates (hey, maybe they’ll finally take debit cards!), the vibe of the old Ships is still very much intact. We’ve also heard they’ve reached out to beloved longtime bartender Pam Shaddox about resuming her old post, although whether she’ll take them up on the offer remains unclear.

Attempts to reach out to the team behind these updates haven’t yet proven fruitful.

But what we do know for sure is that these people say that Ships Lounge is finally opening — like, for real this time, with word of when possibly dropping this week.

We also know that, when it returns, it’ll come back to a corner of Lowest Greenville that looks almost nothing like the one it left a year ago. A gentrified little burger spot moved into the auto shop on the corner, and a hipster barber and an artisanal toast spot will soon open shop next door.

That’s not necessarily a good thing or a bad thing. It’s just different, no matter how hard most folks are wishing otherwise. 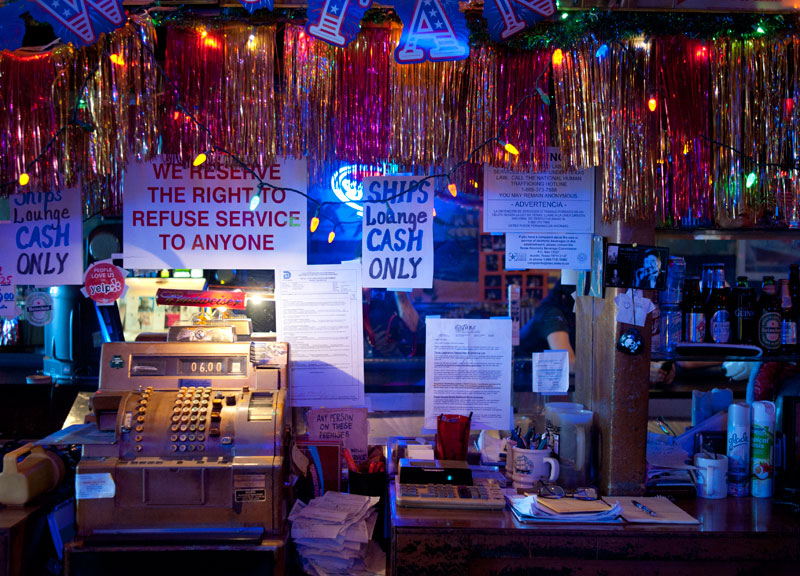