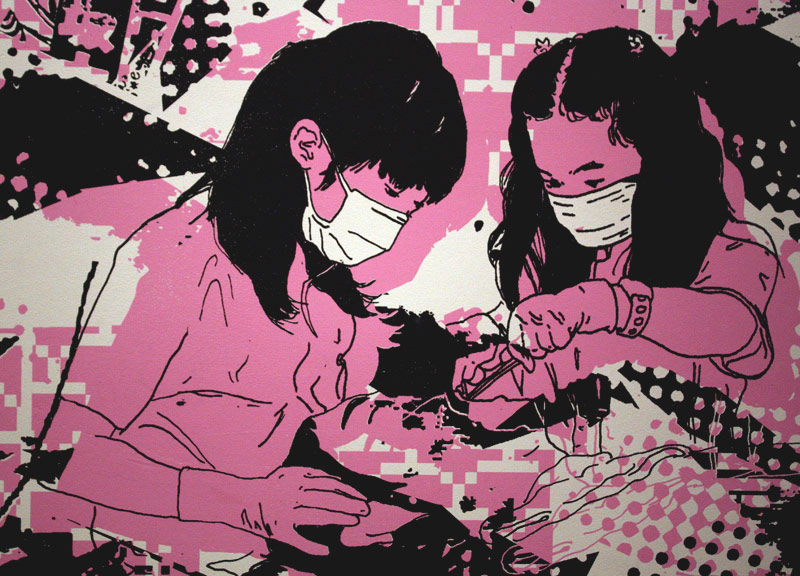 Scenes From The Opening of Brent Ozaeta's Image Atlas Show at The Public Trust.

This past weekend was filled with Halloween activities, but there was one noteworthy happening going on that featured neither tricks nor treats: On Saturday night at the opening reception for The Public Trust gallery in Deep Ellum's latest exhibit, large-scale printed screens on wooden canvases lined the walls, impressively showcasing local artist Brent Ozaeta's newest series, Image Atlas.

The series indeed filled The Public Trust well. In fact, some of Ozaeta's paintings were so large that he had to use two separate screens, placed side by side, just to get his point across.

Meanwhile, his use of color was striking, albeit bare. Ozaeta utilized a somewhat monochromatic palette of strawberry pink and black on a white background for most of his pieces, only deviating from this formula for his hand-painted posters, which featured a cooler palette due to touches of cyan.

This selective usage of color was no accident. When asked, Ozaeta explained it: He fell in love with the Japanese candy Pocky and its strawberry-chocolate coating, and, when he began to incorporate it into his work, he felt that this color scheme created a greater sense of cohesiveness.

He's right, of course. But the cohesion of Ozaeta's work goes beyond this, too. The images used in his works, he acknowledged, were mostly taken directly from 2chan.net, an online Japanese image archive. Interestingly, as a Chinese-Filipino, Ozaeta was not particularly familiar with the Japanese language or its use on 2chan. But he browsed the website regardless, clicking on whatever drew him in. Before long, he'd built up an archive of his own, and, when Ozaeta found an image that appealed to him, he would revisit it with his own artistic style, redrawing and reformatting the images into his own vision.

His end result featured collage-like paintings filled with Japanese florals, anime characters and other icons. Ozaeta also sourced his work by compiling QR codes for each picture taken from the Internet. As a result, the entire front room of The Public Trust was plastered with these oversized source codes — a work of art in and of itself, make no mistake.

It's no wonder, then, that so many other local artists were also present for Ozaeta's opening event — namely the poster designers behind Magnificent Beard and burgeoning area T-shirt mogul Fur Face Boy. We Are 1976 shop owner Vynsie Law also came through, bearing gifts in congratulations to the young artist.

All in all, though, the scene was a quiet one. But the calm, steady flow of the evening worked out well, affording Ozaeta the chance to explain his craft to any and all who inquired. As such, despite this opening occurring on a night filled to the brim with other notable parties, this one still stood tall. 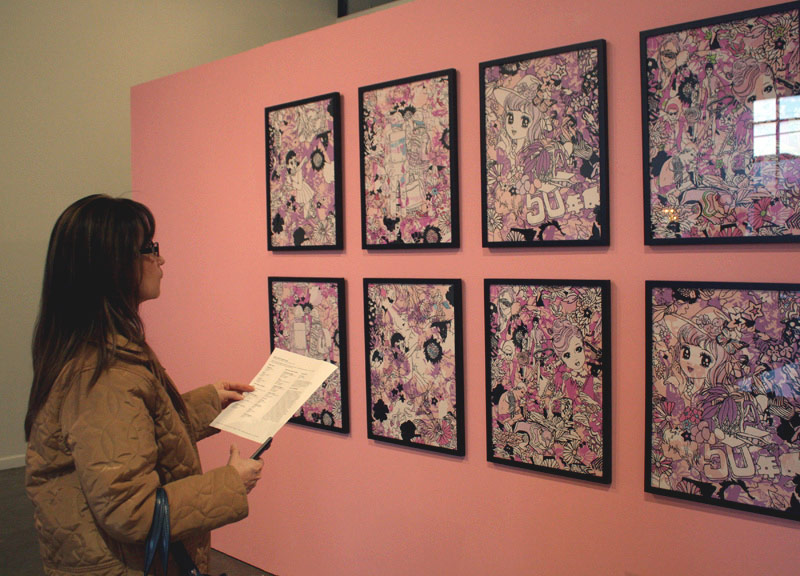 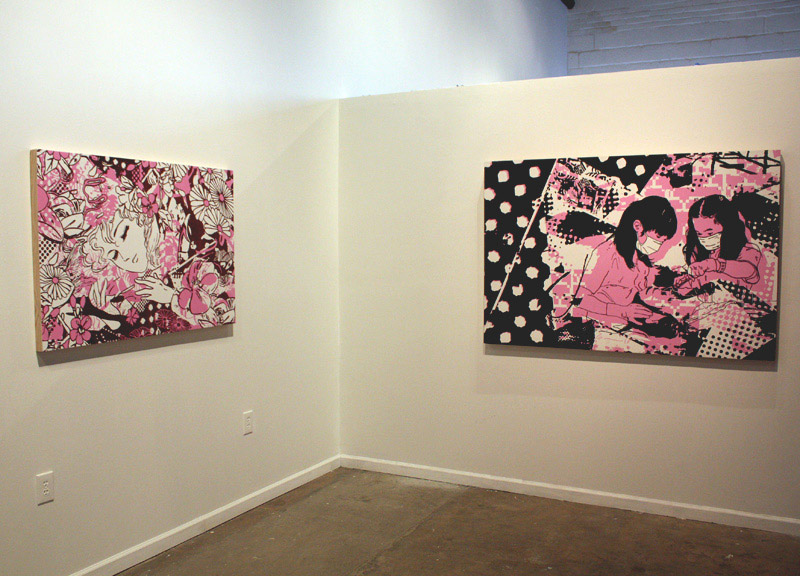 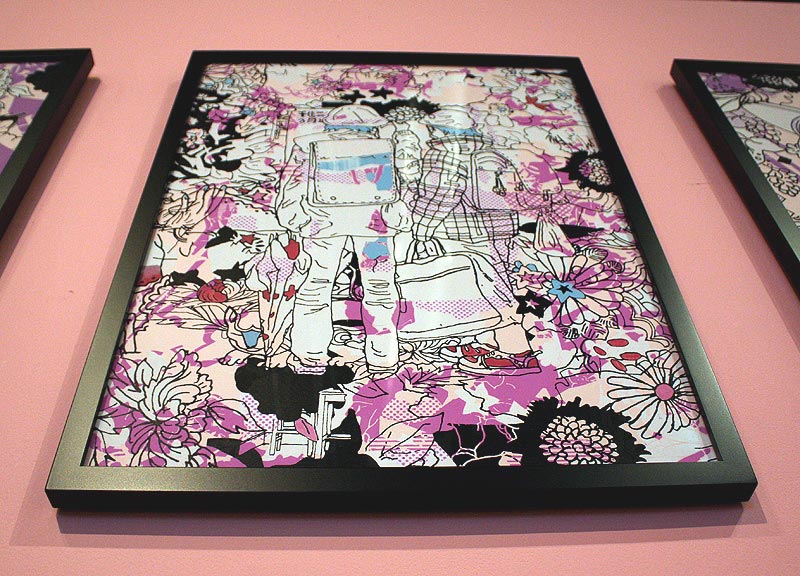 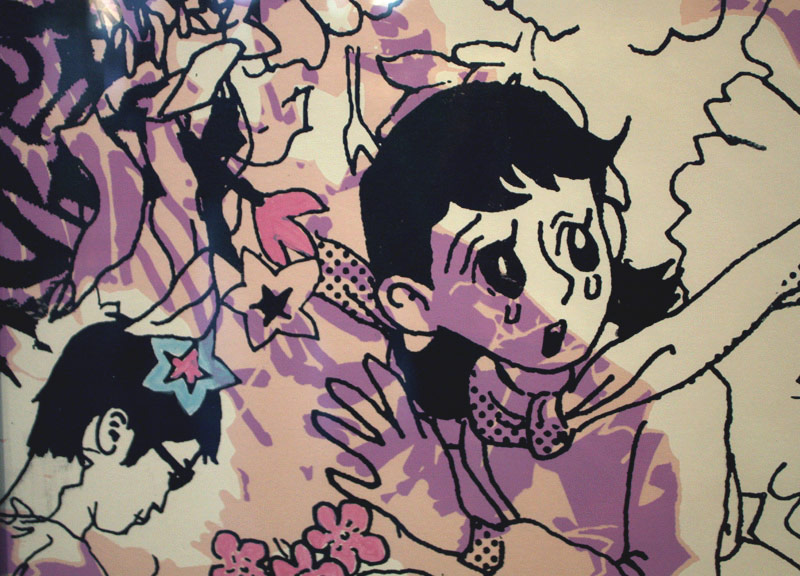 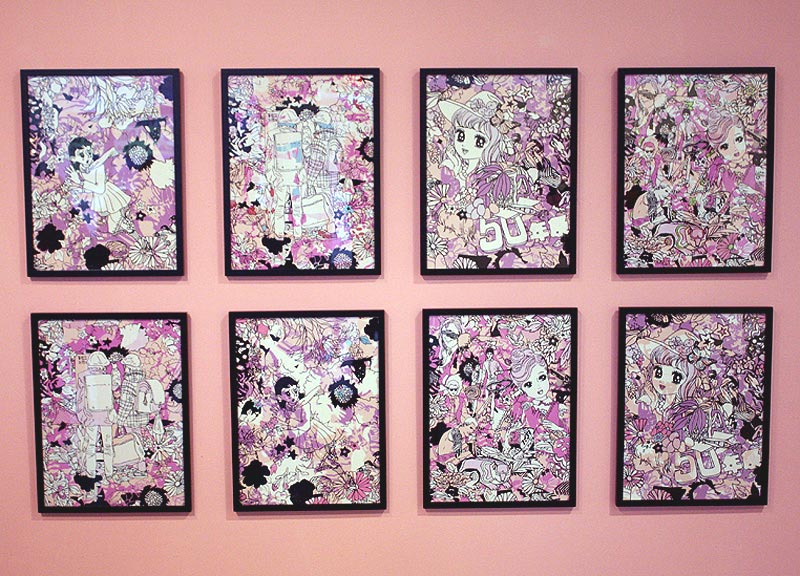 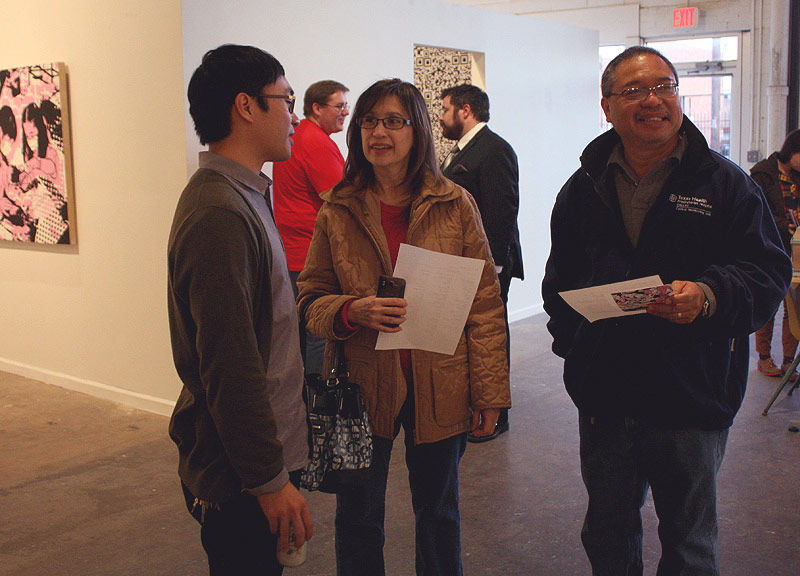 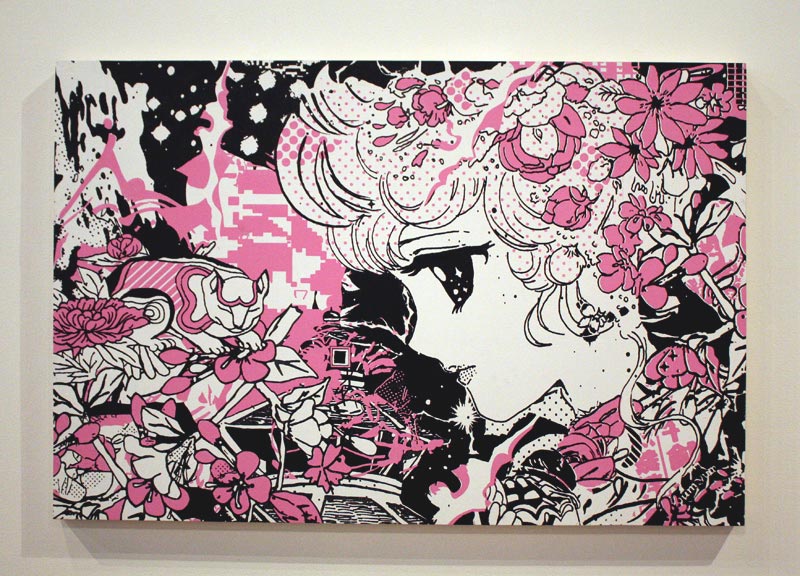 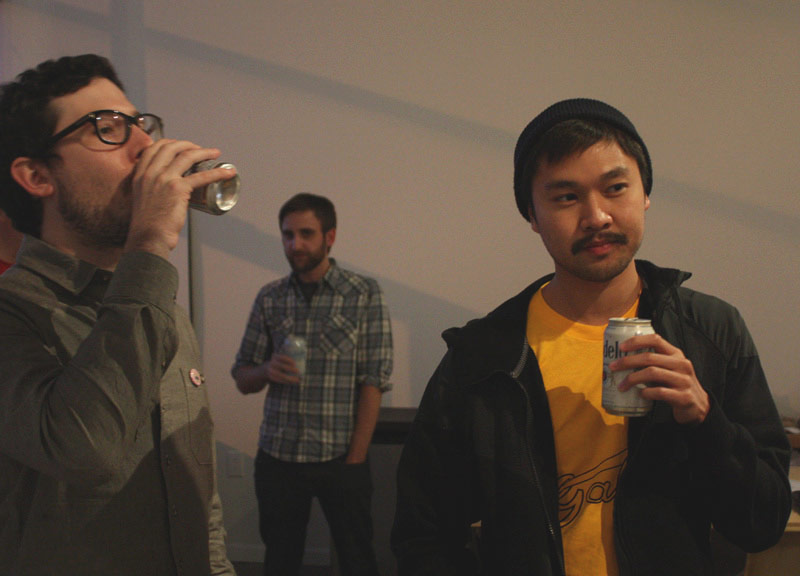 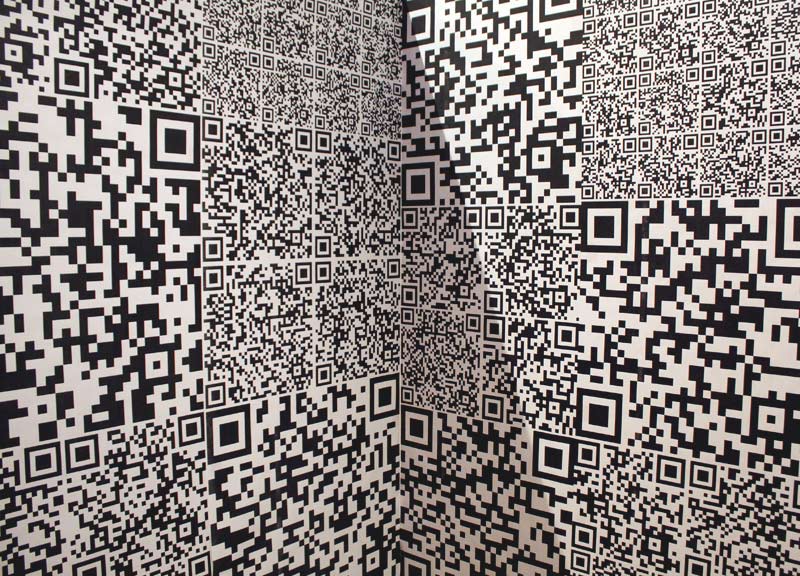 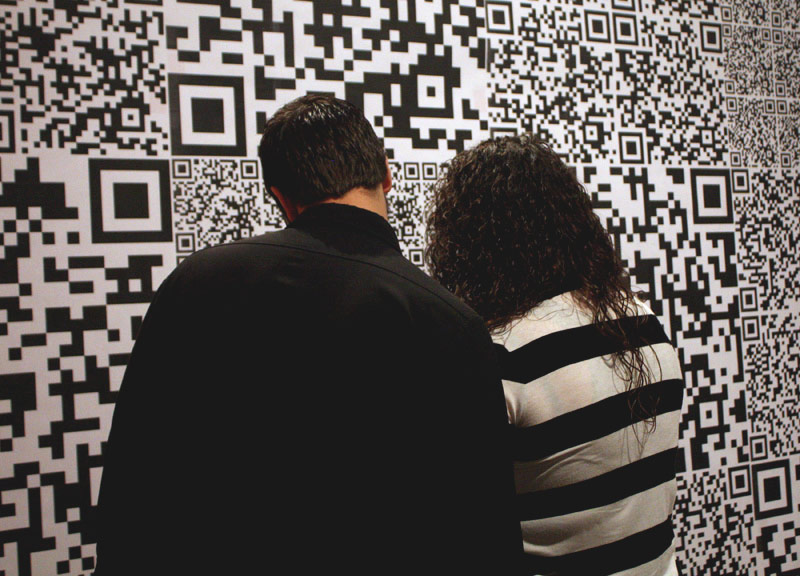