How To Date On DART. 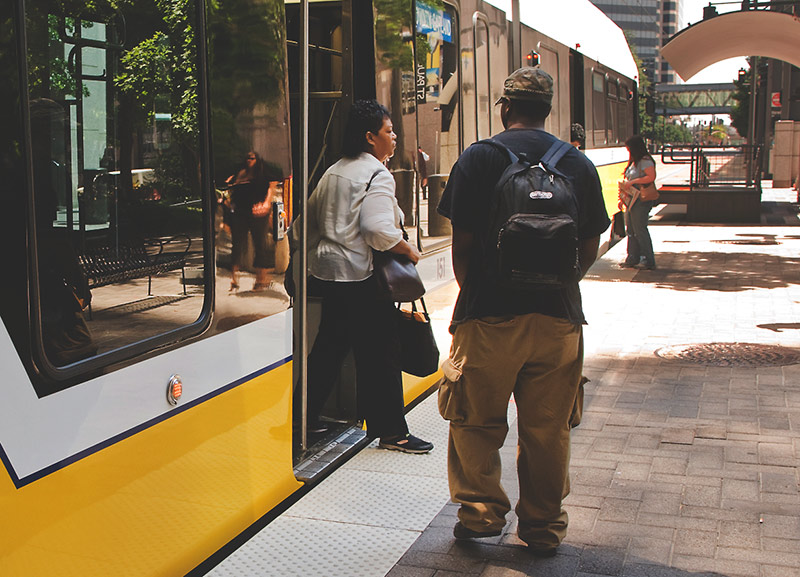 Everything You Need To Know About Dating on DART. (Because, Yes, It Can Be Done.)

The riders of Dallas Area Rapid Transit’s buses and trains are, as we recently learned, actually a quite diverse set of folks from all walks of life. But that doesn’t mean that those willing — and/or those who are forced — to rely on DART as their primary mode of transport don’t face a whole host of awkward social situations that bear consideration.

Chief among these issues — far as we’re concerned, at least — is the act of dating.

Let’s be real here for a moment: Dating with a car is hard enough as it is. But when you’re car-less, the whole thing just becomes exponentially more difficult — especially in Dallas.

It’s not that it can’t be done; it’s just that it requires a lot of extra planning, some leeway from your date and, in our experience at least, a little luck.

Still, as longtime bus riders, we feel more than a little qualified to offer up a little DART dating advice. Here are our best tips. 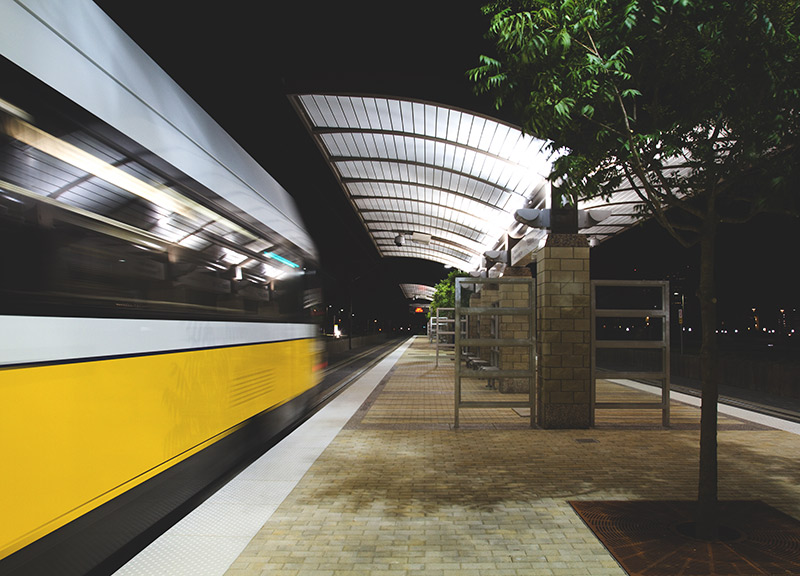 Be Upfront.
Don’t offer to pick someone up when you can’t — or, at least, not in the way they’re anticipating. Whether it’s a fair point isn’t up for debate; your dates are just going to feel like you lied to them if you tell them you’ll pick them up at eight and then show up without a car. So just tell them the truth first. Then impress the hell out of your date with your newly acquired DART ninja skills.

Plan. Your. Ass. Off.
This can’t be stressed enough. You most definitely need a plan if you’re going to try your hand at car-free dating. It also doesn’t hurt to have a backup plan — or a backup plan to the backup plan to back up your backup plan, for that matter. Something will inevitably go wrong — or at the least a bit wonky — over the course of the evening. This doesn’t have to be a bad thing, though. Use it as an opportunity to impress your date with your ability to improvise.

First, though, you need to decide on what you’re going to build the evening around — y’know, the one thing on the bill you absolutely can’t miss. Whatever else you’re going to do surrounding that one thing shouldn’t be set in stone. For instance: If you’re going to an awesome restaurant, you need to have second-choice movie at the ready. If you need to see the opening act at a concert, be prepared to bail early on dinner. Set an absolute drop-dead time in advance for when you need to starting being en route to your primary destination.

If you’re getting there by train, you can cut things pretty close, as trains usually run at least close to on time. If you’re headed somewhere that’s only accessible by bus, you need to build a buffer into your schedule.

After you’ve chosen the main event, plug the address into Google Maps’ transit planner and plan a route. You will need to complete this before you ever call your date to arrange anything. We can’t tell you how many times we’ve suggested a time beforehand, not knowing how ill-fit it was to DART’s schedule and eventually ended up with either massive wait times or just-missed connections all night. It’ll just sort of give the whole night bad juju.

Oh, and whatever you do, do not use the trip planner on DART’s site. It is godawful and will lead you astray. 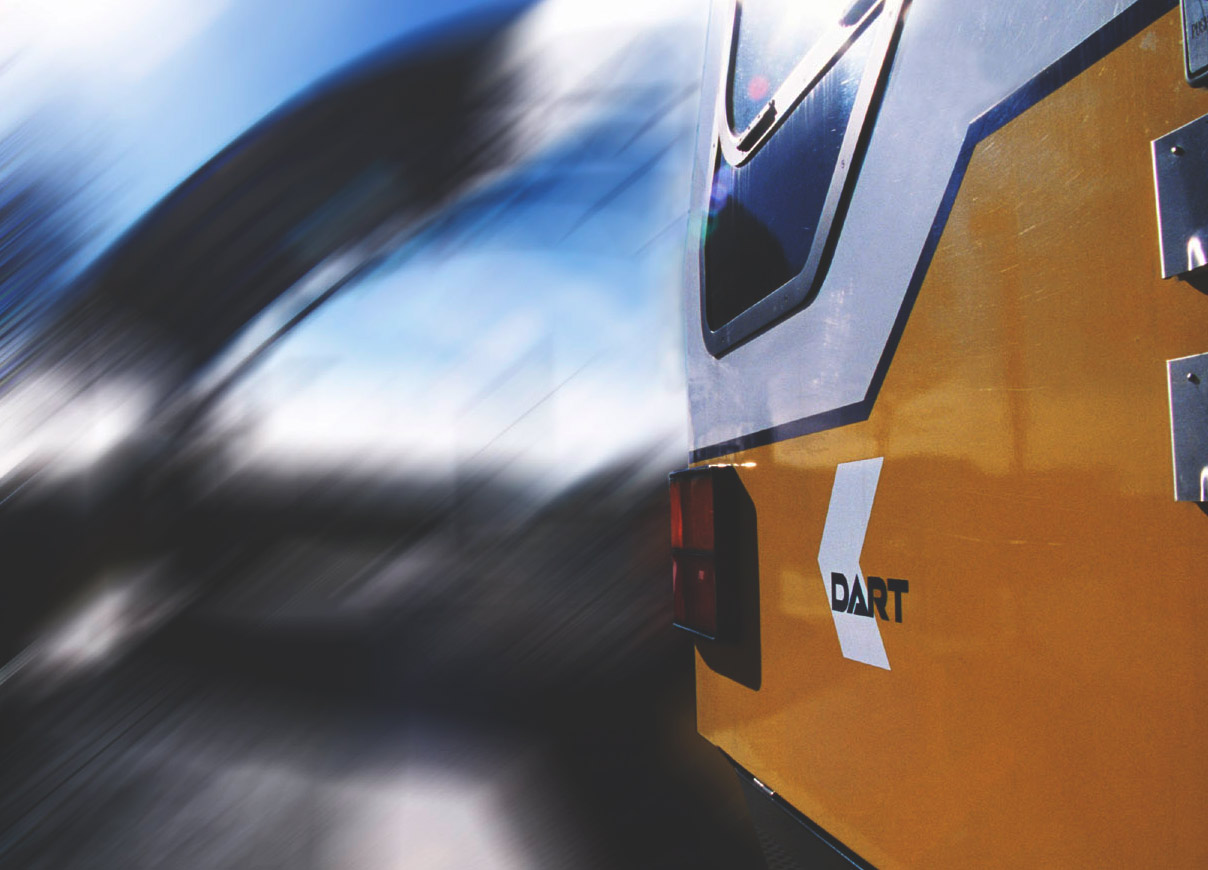 Know What’s Good in the Hood.
When dating on public transportation in a city like Dallas, where the transit services are not only inefficient, but grossly insufficient, it behooves the individual planning the date to center the evening’s activities in and around one specific neighborhood. Sure, it may add some limitations into your evening’s plans. But this certainly isn’t a death-knell for your love life, either.

Here’s what you need to know about each neighborhood to make the most of your night on the town: 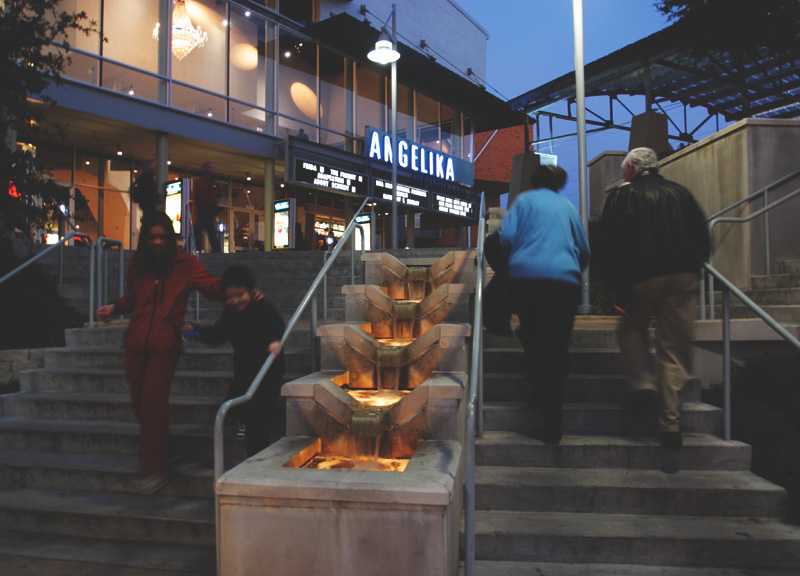 Avoid the Walk of Shame
If you don’t want to spring for a cab home, it is absolutely essential that you and your date get to Downtown by 12:20 a.m.. Why? Because the last buses in any direction leave Downtown at 12:20. Southbound buses line up at the intersection of Elm and Lamar, while northbound buses line up at Commerce and Griffin. Once they leave, that’s it. The next buses don”t start running until between four and five in the morning. If you live within walking distance of a train station, you can count on a little extra leeway — but not much. Be sure to check the schedules and keep an eye on your watch throughout the night.

Don’t Be A Jerk.
Listen: You’re already asking a lot of your dating partner if you go this route. So be cool, OK?