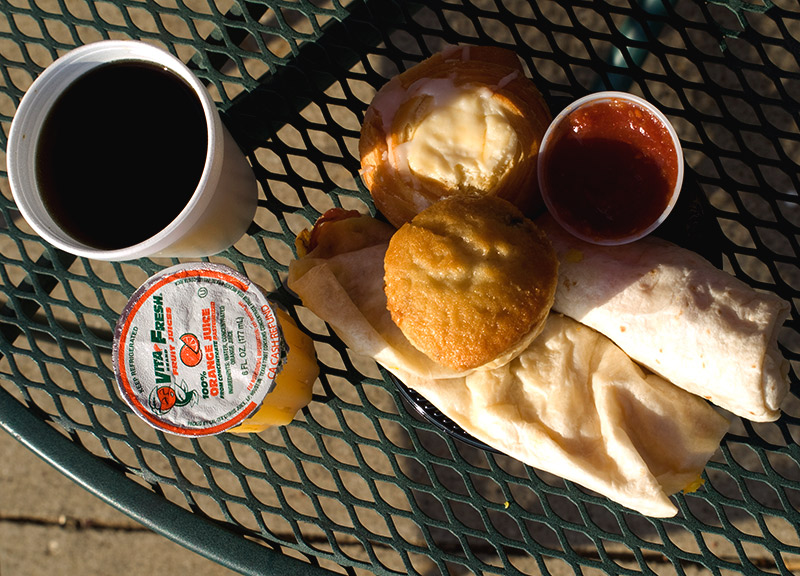 Lone Star Park Really Wants Your Attention. And It Might Deserve It, Actually.

Lone Star Park — home in 2004 of a recent change in ownership and a subsequent $3 million dollar renovation of the park's race book, North Texas horse racing fans can be hopeful that the venue still has its luckiest days in front of it.

Jockeys & Javas begins each Saturday at around 9 in the morning. This past Saturday, as families finish eating their bacon breakfast burritos, a jockey named Alfredo Contreras — a sanguine fellow, with a sort of unhesitating voice — comes out to the “Courtyard of Champions” to field questions from one of the park's TV personalities and from the audience.

“I want my horses to be finessed and calmed and ready to give their best,” he tells the modest crowd. “At the end of the day, it's just me and the horse.”

It's a convincing speech, one that immediately inspires the belief that Contreras is a winner, and that no horse that he rides should be bet against.

Shortly after he's done speaking, racegoers are shuffled in to one of three buses to take a tour of the park's barnyards. A man named Rodney — an out-of-town showman and avid gambler — gets on a microphone to point out some of the features of the park. He then asks us to write our legislators and demand they allow for slot machines.

“You hear a lot of people talkin' about horse tracks not makin' any money,” he says. “The industry, they say, is pretty bad right now. That's all because our handle's low. The more you bet, the better we feel. The bigger the purse'll be, the better the horses we'll have out here.”

We're let out of the bus at J.R. Caldwell's barn. Wearing a cowboy hat, Caldwell stands in front of a filly, one of his 30 horses at the stable. With one hand in his Wranglers pocket and one full of business cards, he tells the crowd to form a horseshoe around him so that he can answer any questions. And, for a small fortune, he offers to sell us on a percentage stake in a horse.

A maniacal journalist pushes his way forward, tantalizing the crowd with his questions in an effort to get Mr. Caldwell's opinions on the sport's latest drug problems.

“No,” Caldwell says loudly, as his demeanor turns churlish. “No. No. No. They test 'em. You can't run on all of that stuff.”

He shoos the reporter away.

Caldwell is in no mood to talk semantics or anything else not immediately salable. It's a sentiment others in the crowd seem to share with him.

By mid-afternoon, the sun is high and the temperature is blistering. The track's half-full and morale is on the upswing as people start boozing and sifting through their programs.

We lounge around the second floor and consider some bets. We barely break even on the first three races. But, in the fourth, we find out that Alfredo Contreras is riding Baldacci, a gray gelding that appears the bookmakers consider to be an also-ran.

Out of the gate, it looks as if they're right.

Baldacci doesn't break well. Approaching the half-mile pole, however, Contreras chases along as Baldacci begins to gallop harder. We grip our tickets, and the crowd begins to get riled up. And at the quarter post, with about a furlong to go, Baldacci races past a horse named Toolbox and eyes the lead. At the top of the stretch, he takes it. It's neck-and-neck nearing the winning post, and at the end of it looks as if our horse has won.

After a steward's inquiry, the results are official: Baldacci has earned his second win of the year, and our confidence in Mr. Contreras proves correct. Either that, or we're just damn lucky.

After collecting a $116.50 payout, we head to the press box on the seventh floor, one flight above the luxury suites reserved for the most leisurely race-goers and serious bettors.

In the room, we find a man compiling statistics on the races and gather some information from him. After a couple beverages and some light chat, we head to the dining room on the fourth floor to cool off. The crowd there jeers at the television screens. We order some cocktails — and not of the low-quality variety. With fear of an oncoming gambling binge — one that would turn our winning day into a loser, no doubt — we clear our table and close out.

It was a good day at the tracks. 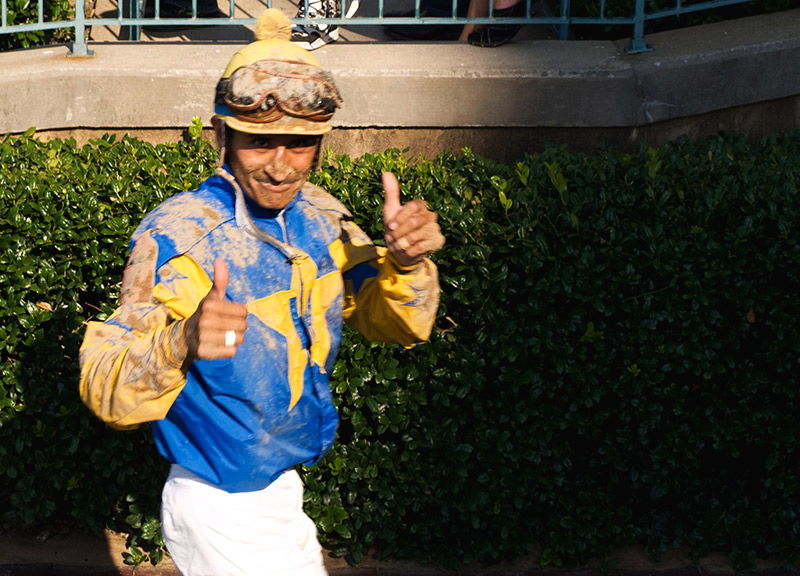 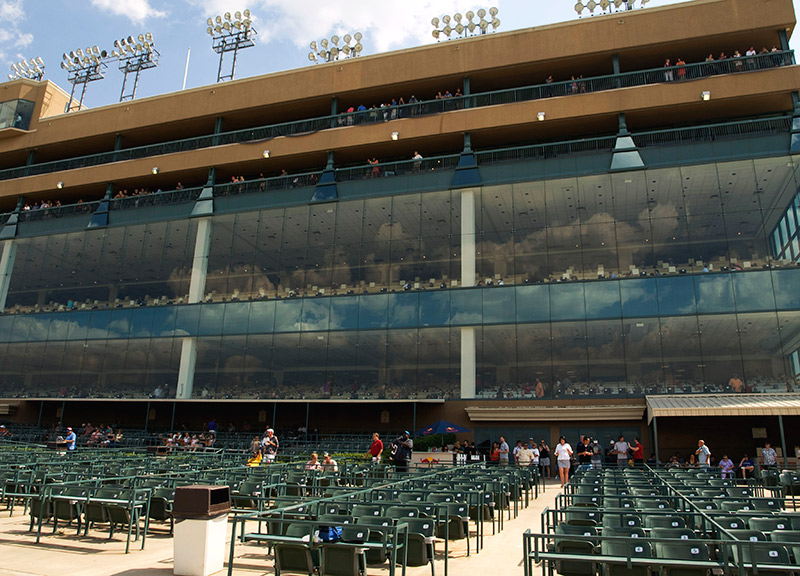 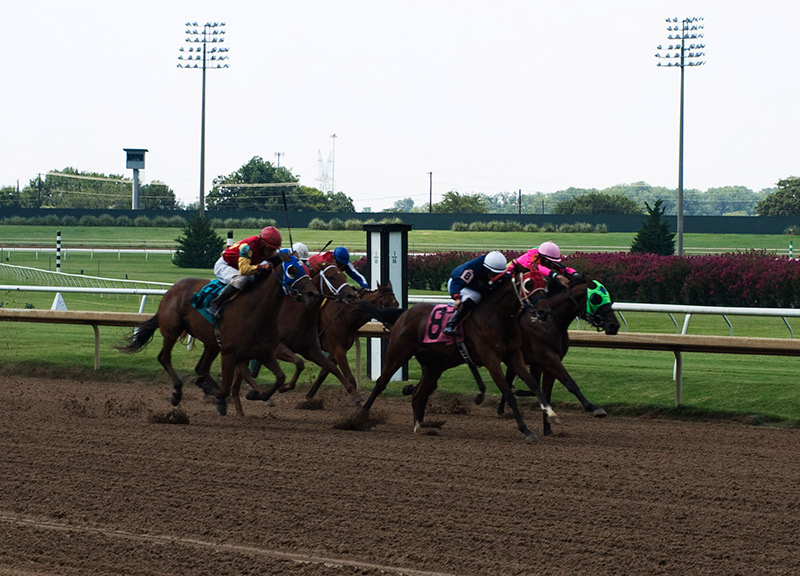 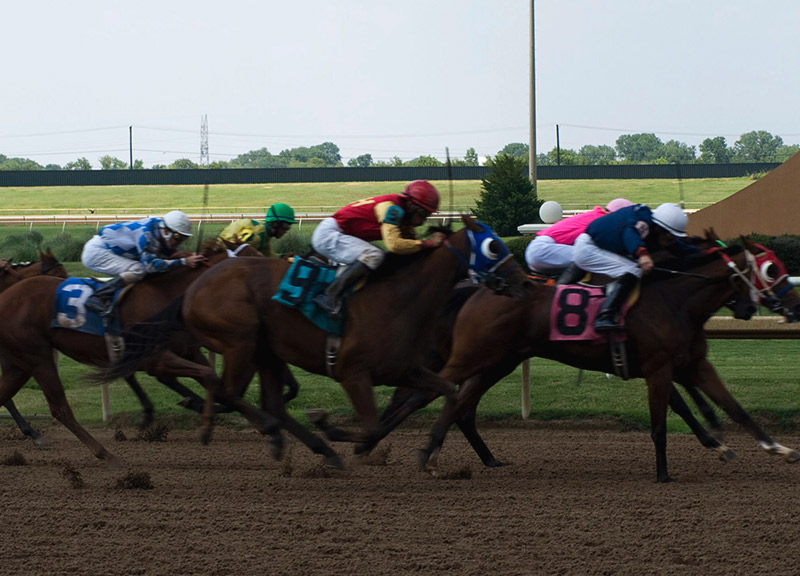 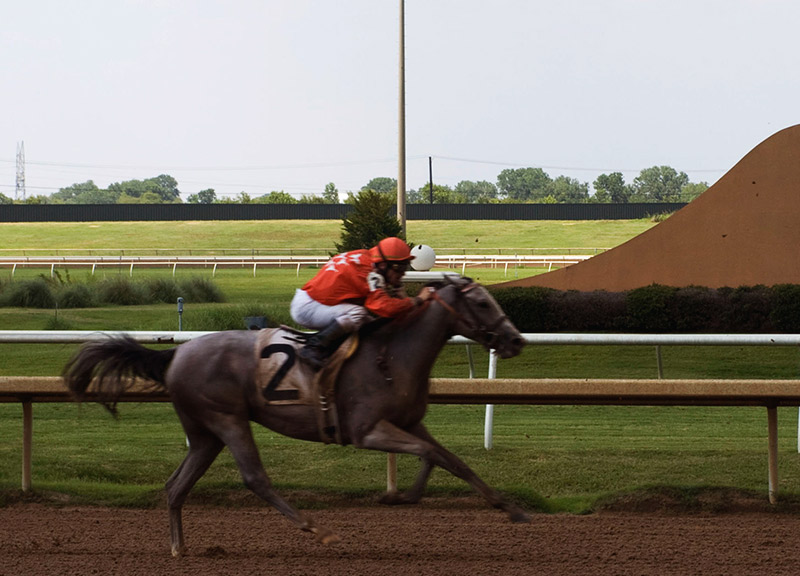