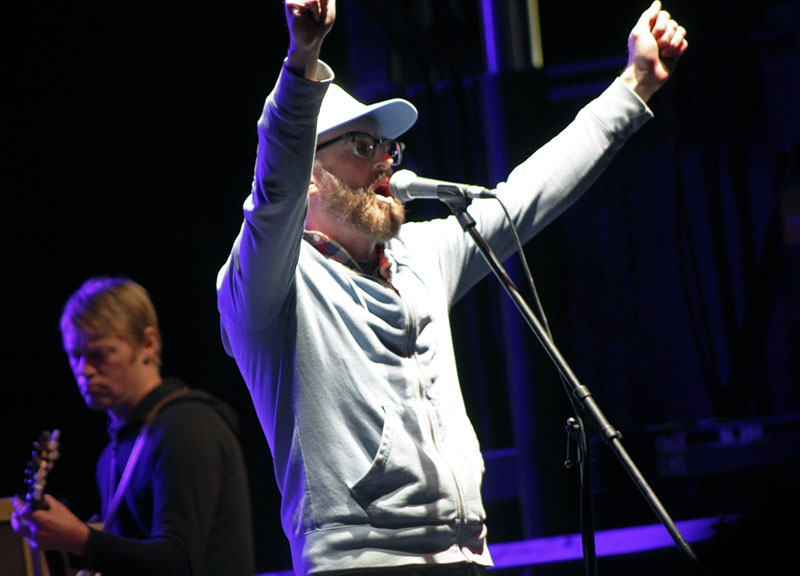 This year, the Untapped Indie Music and Beer Festival returned for its third go-around — with more beer, more music and the most perfect weather circumstances Dallas could have ever asked for.

That much was to be expected, and the now Belo-owned fest didn't waste any time upping the ante this year with more vendors, more beers to try, more bands to hear and more games to play to pass the time between samples than in years past.

Moving the festival a few months later in the year was a brilliant move, too: The weather on Saturday was absolutely ideal for beer- and cider-drinking. And with 300 different beers available on site to sample and 13 bands from all sorts of genres performing throughout the day, there was a lot to take in.

Here's my running diary from the day's highlights.

4:36 p.m. I should have guessed the parking lots would all be full by now. Oh well, there's always spots on the other side of the highway.

5:06 p.m. After that hike, it's definitely time for a beer. Thankfully, we found Deschutes Brewery's tent right by the fest's entrance and discovered the glory of its take on a white IPA entitled Chainbreaker. Fun fact: If you're ever looking to purchase a keg full of craft beer, Deschutes is one of the cheapest available. They might not be Dallas beer, but the small brewery out of Bend, Oregon, does not disappoint.

5:15 p.m. Kind Bars is offering multiple full-bar samples of its new, more savory flavor options. A few of the new flavors include Hickory Smoked, Thai Sweet Chili, Honey Smoked BBQ, and my personal favorite: Honey Mustard. I tucked a few bars away in my purse for later.

5:43 p.m. With sprinkles for days, it's easy to spot Hypnotic Donuts' wares even from all the way across the crowd. Even though they had some new flavors up for grabs, I still couldn't resist going with a vanilla cake doughnut with bacon and maple icing. Because what goes better with beer than bacon?

6:15 p.m. Leon Bridges takes the Real Ale stage and confuses the crowd with his synthesized blues and '60s-style vocals. Oddly enough, while Bridges' attire indeed looks straight out the '60s, his backing band, made up largely of The Texas Gentlemen, is all wearing trench coats and shades. At first glance, it doesn't seem like any of these people belong on the stage together, but their music is drawing a pretty decent crowd just the same. The sun setting behind Reunion Tower is also a nice touch.

6:33 p.m. The train just went by and honked its horn for the crowd. The band is playing along with an old western theme.

6:52 p.m.I made it just in time for Rogue Waves' popular single, “Lake Michigan.” The band tried to get the crowd pumped as by yelling, “We've come a long way; we know you want to hear this song!” Apparently the tech crew disagreed as they cut off lead singer Zach Rogues' microphone due to going over time on their set. The band continued to play it out as Rogue danced around stage, mouthing the words to the crowd to sing out loud and replace his vocals. With 20 seconds left of the song, though, the entire sound system was shut off, leaving the band playing with only their amps for speakers. After flying all the way from California, Rogue Wave was determined to get as much stage time as possible. In any case, the band ended its set with a bang. Sure, if the band hadn't started 15 minutes late, it would have been able to finish out its most popular song. But it definitely would not have been nearly as memorable.

7:05 p.m. After smelling the scent of its pizza from all the way across the festival grounds, I attempted to stop at the Bolsa Mercado tent for dinner. When I arrived at the tent to realize there was a 45-minute wait for food, I reached for the Kind bar in my purse that I'd stashed from earlier and moved on. It's not my first fest, after all.

7:25 p.m. It really stood out when Deltron 3030 rapped the line, “Fuck the environment,” but mainly just because the outfit was performing on the Earth Day Texas stage.

7:43 p.m. During Shovels & Rope's set, Cary Ann Hearst just said “You can't live in Texas unless you've got a lot of soul.” Her husband Michael Trent, the drumming half of the duo, has a really classic country voice and has been playing the drums with a maraca the whole set. Likewise, Hearst really stands out with her cowboy boots, leather pants and Dolly Parton-esque voice. These two really seem meant for one another.

8:06 p.m. I just walked by the Real Ale stage and couldn't help but notice Metz as the band began its song, “Headache,” which is exactly what the band's noise rock style playing gave me after a few minutes. The drummer was the most impressive part of the band's performance with constant head-banging and on-point skills.

8:10 p.m. I finally made it over to the Lakewood and Rahr & Sons tent to sample their collaboration beer — only to discover they had run out hours before. I bet two locals like those guys coming together for the first time made for something really amazing. Hopefully there will be other opportunities to get a taste in the near future.

8:15 p.m. Thankfully, Upslope Brewery from Boulder, Colorado, is handing out samples of everything they've got left before shutting down for the night. To my surprise, their Thai Style White IPA was one of the best I've ever had, making it a perfect finale to my beer sampling for the day.

8:30 p.m. Everyone at Untapped Fest made their way to the main stage to see the ever-popular Cake. You would think that, after 23 years of being together, these guys would get tired of this kind of thing, but no. The band's performance truly showed that it can still go the proverbial distance. The VIPs crowded the balcony of Gilley's to get the best view of the bearded lead singer John McCrea doing what he does best. Really, just a great way to end the day. 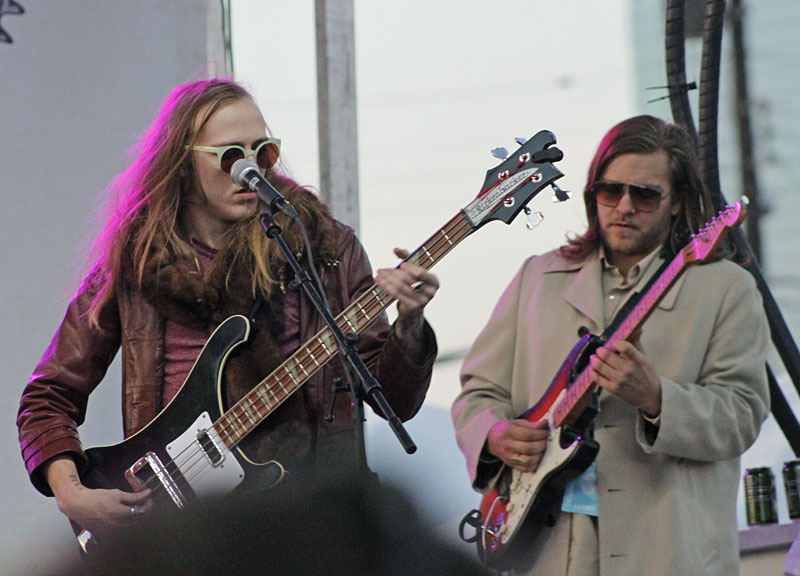 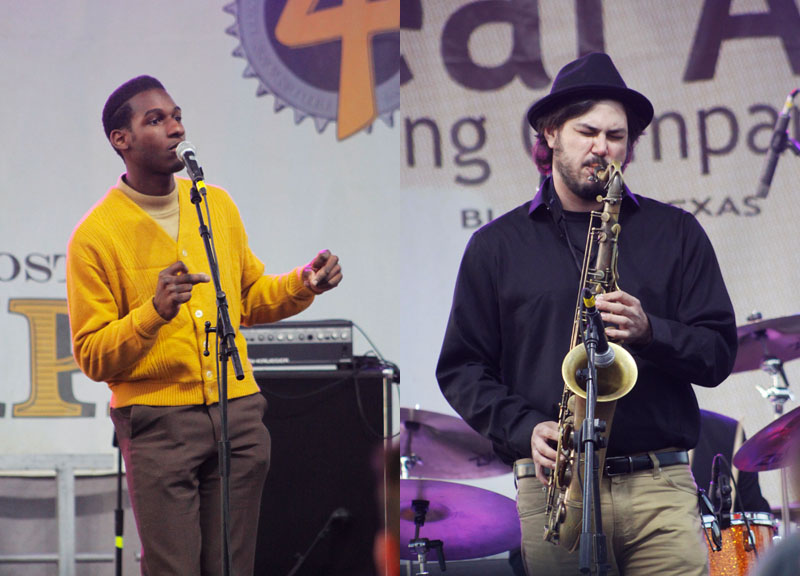 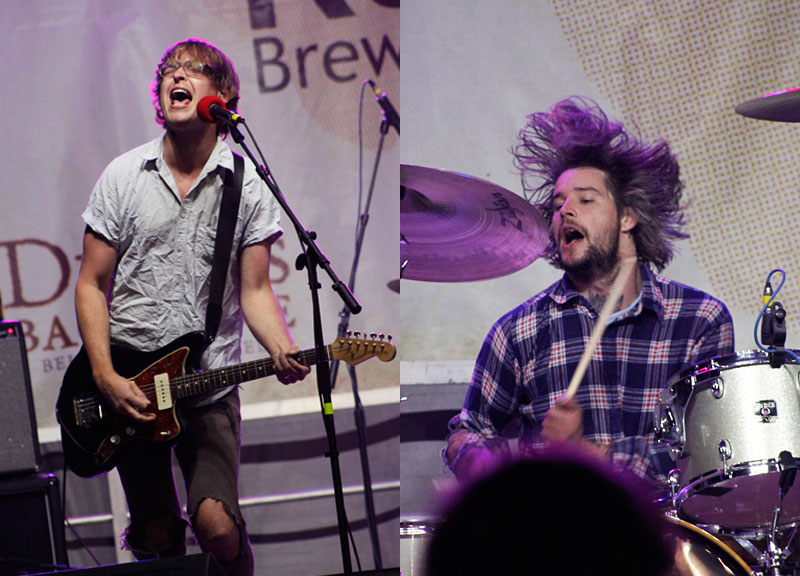 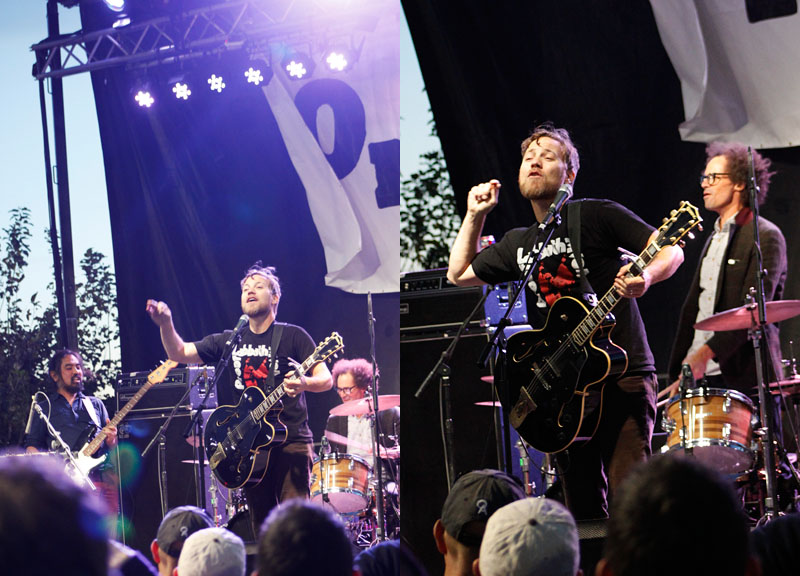 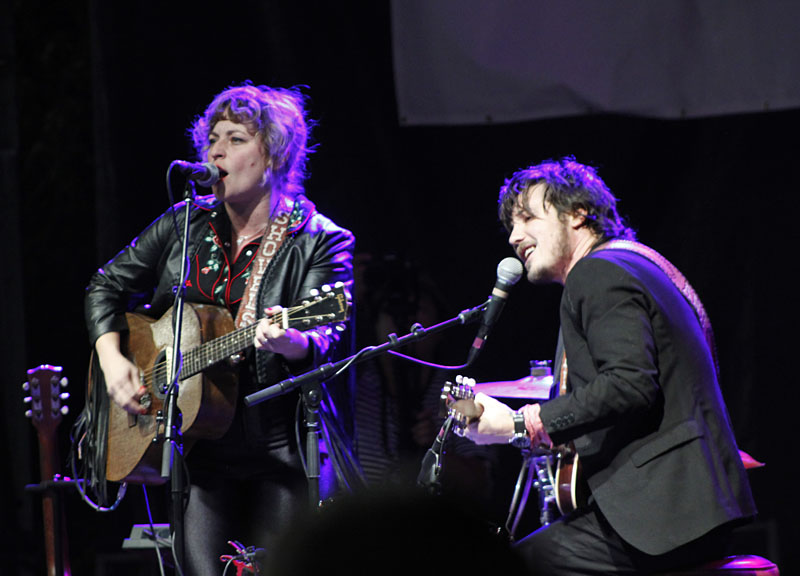 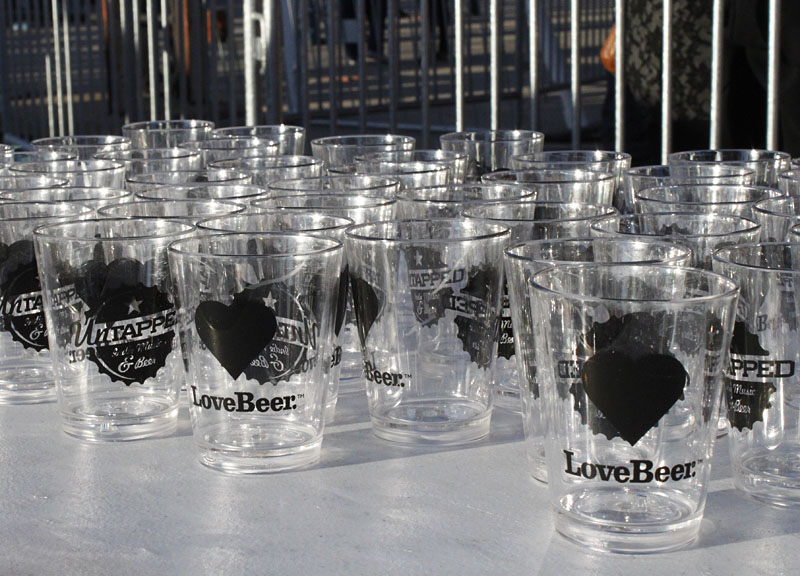 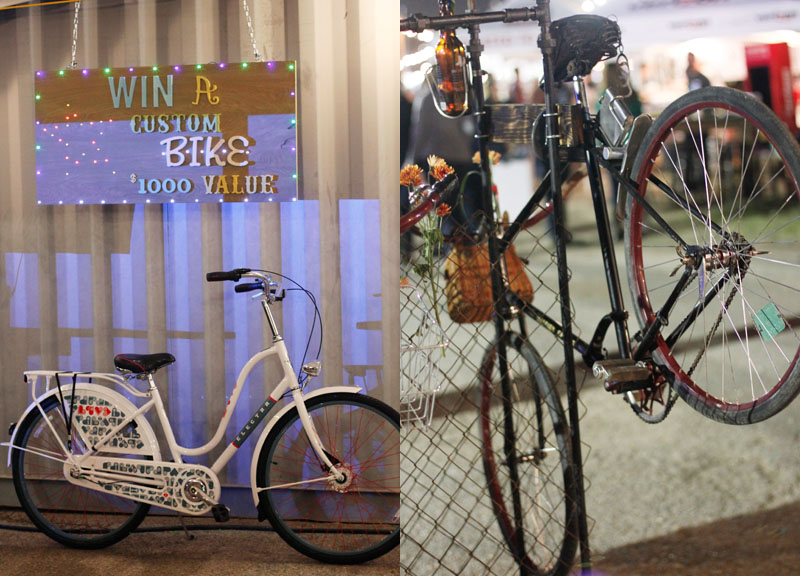 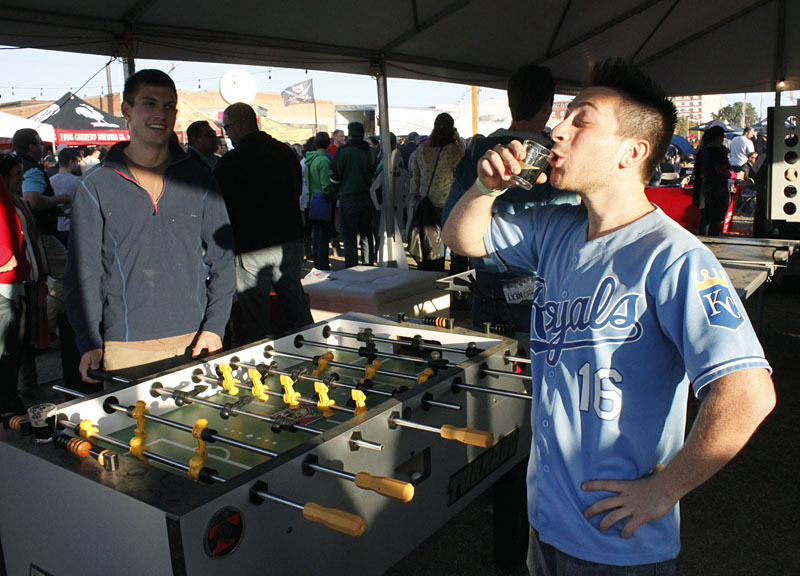 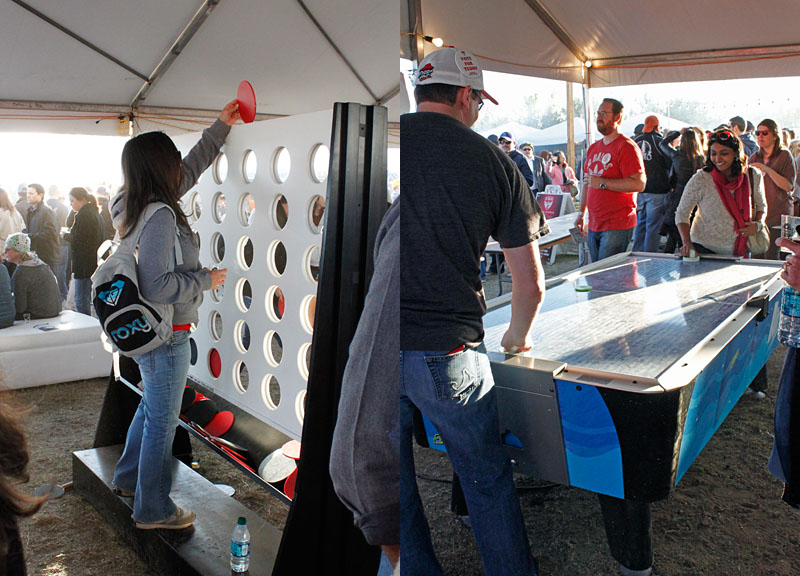 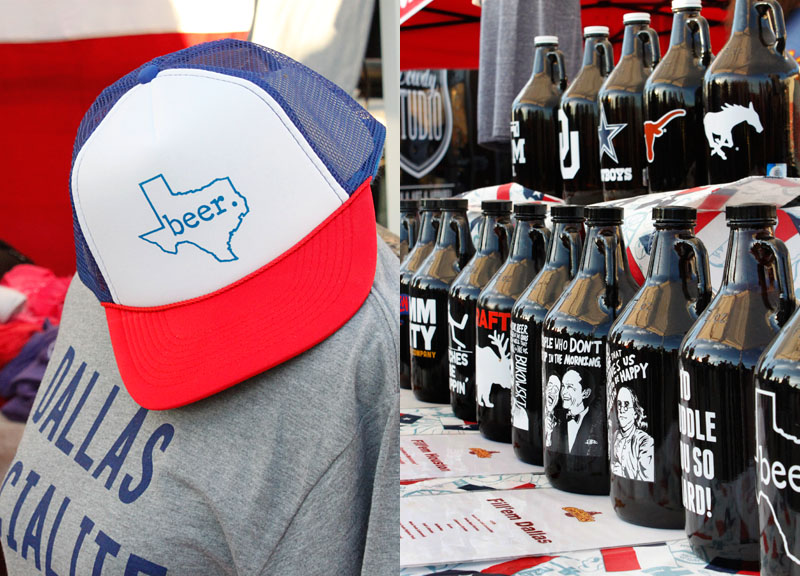 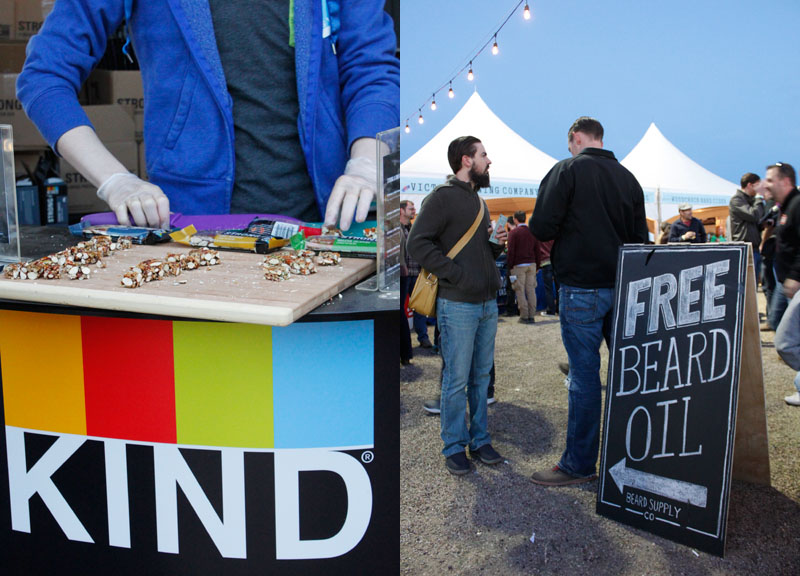 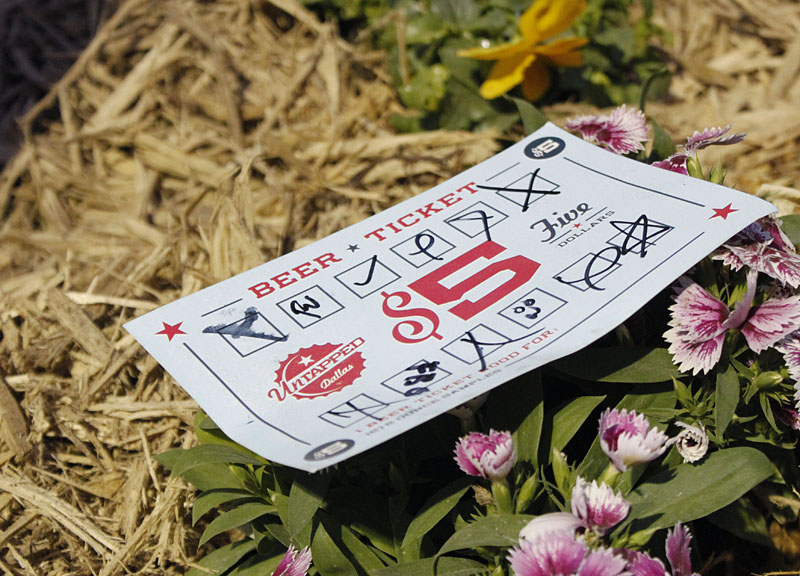 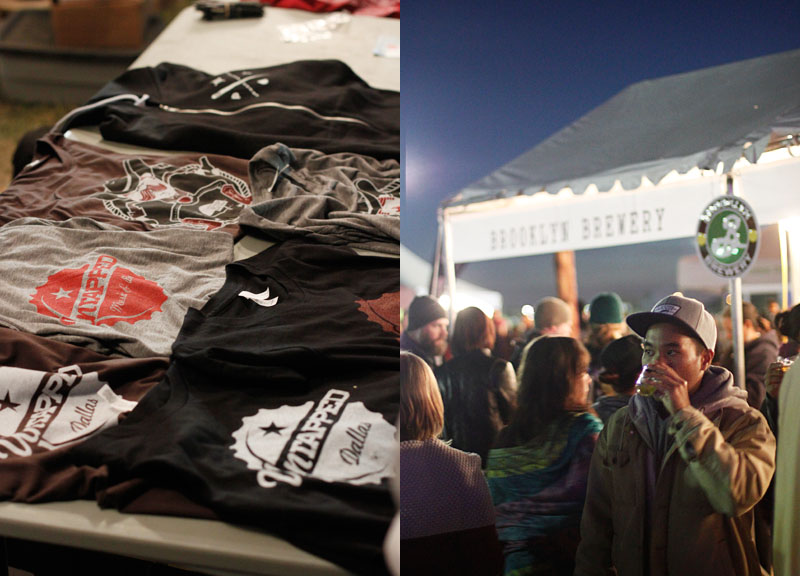 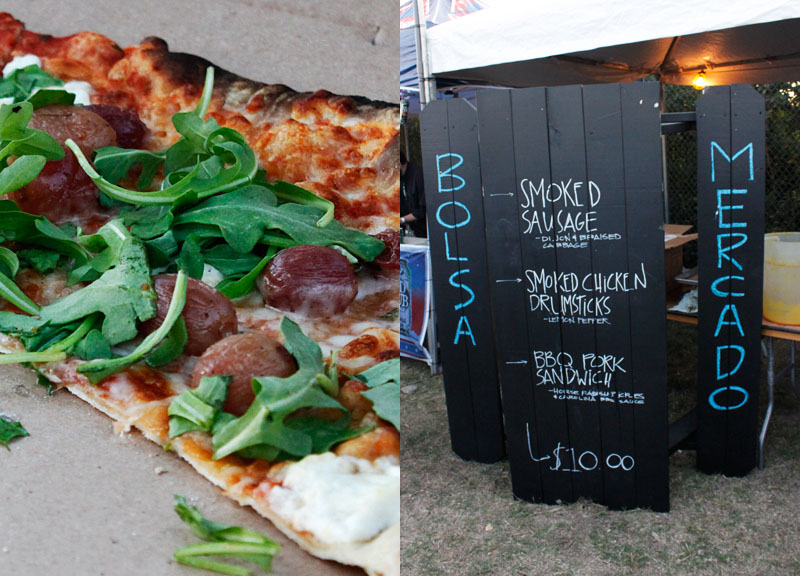 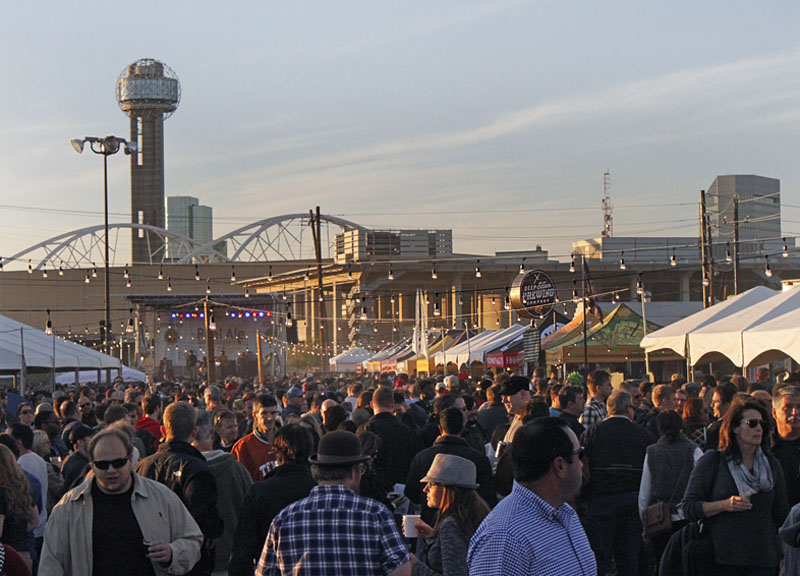 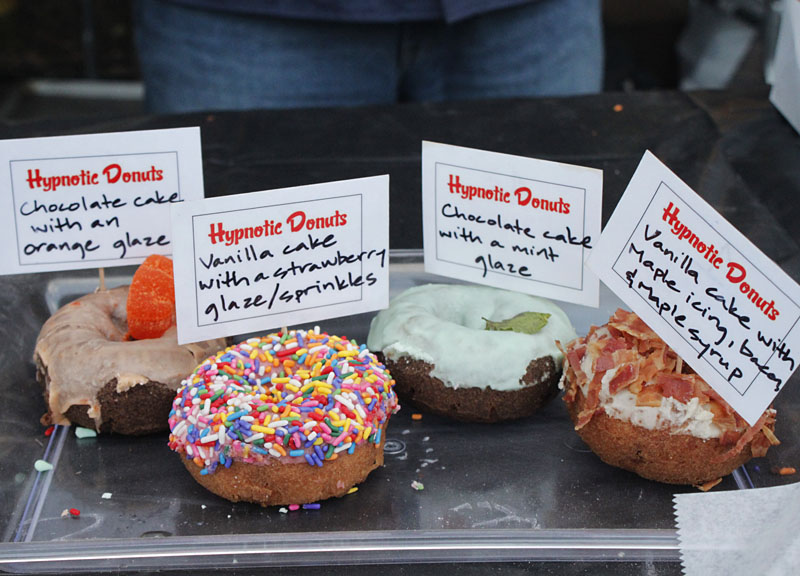 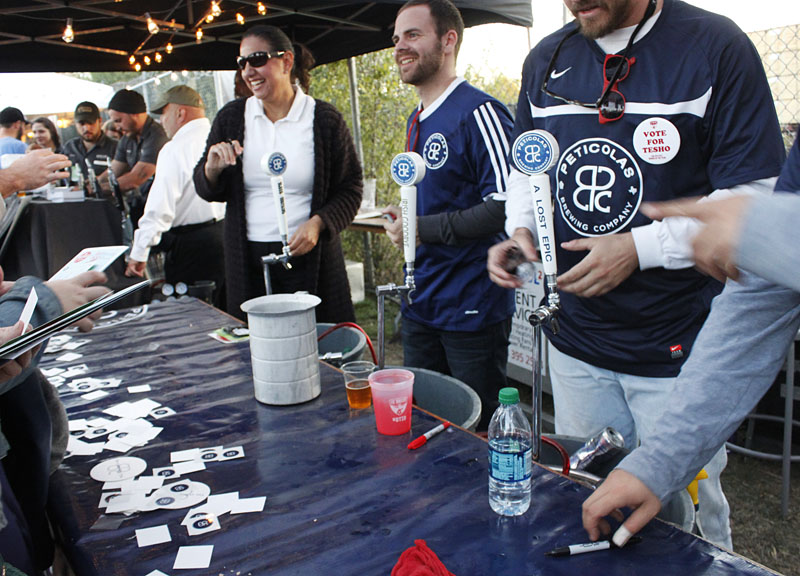 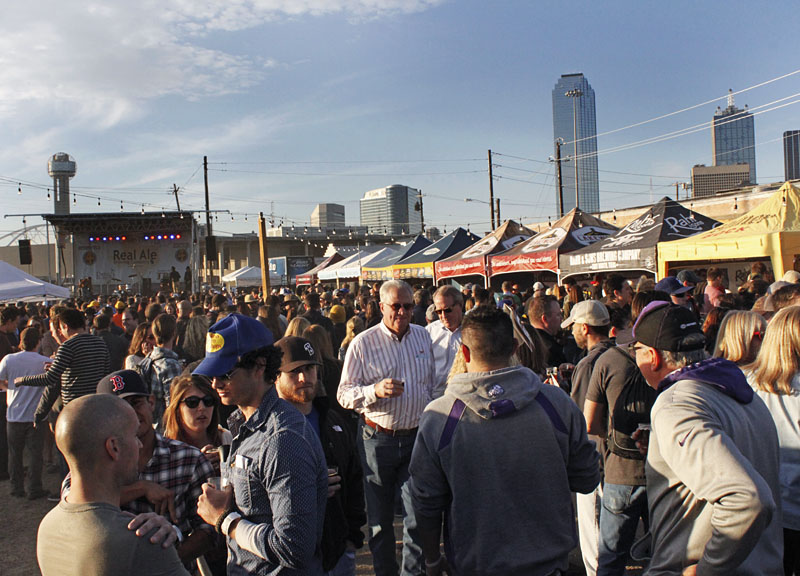