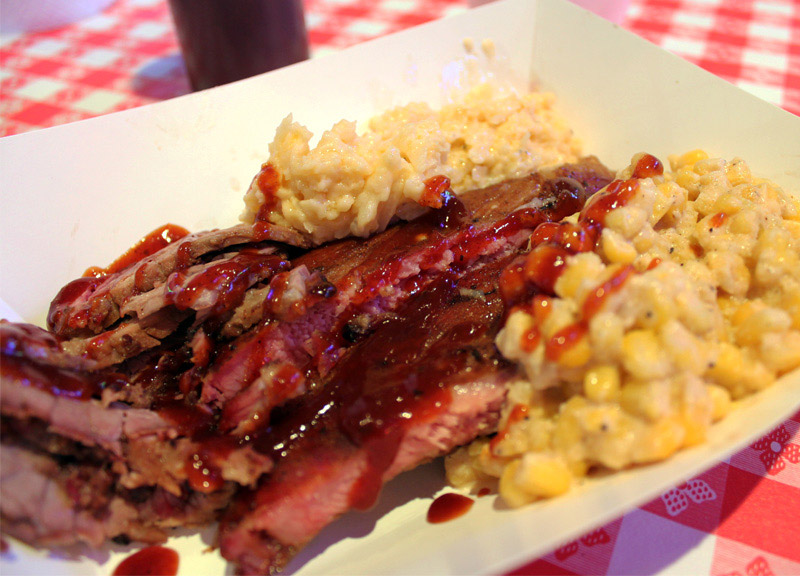 Thursday, November 29, was a milestone day for West Dallas' Trinity Groves: Babb Bros. BBQ & Blues, the first restaurant of what we all hope is many businesses coming to the area, opened its doors for business.

Surely, by now, you know that Trinity Groves is the “promise land,” the spot where the big, beautiful, stark white Margaret Hunt Hill Bridge leads. There's not much over there at the moment — just Babb Bros., Four Corners Brewing and that parcel of land where the Untapped Festival was held.

But there is indeed promise here. And Babb Bros. is it.

Brothers Mike, Bob and Davy Babb own the place, manage it and run the kitchen, respectively. And, though the Babbs aren't from Dallas, they do have an important friend, supporter and backer here: Phil Romano of Fuddruckers and Macaroni Grill fame. It was Romano, a supporter of the Trinity Groves area, who brought the barbecue-inclined family into the area, suggesting that the brothers take up some space in it.

“I just got a call that said, 'We want to meet with you about doing some business in this new area,'” Mike Babb says. “I was of course excited, but had no idea what to expect. I came into the meeting with several ideas. I wasn't sure if they were envisioning a food truck, a store front, a small BBQ stand or what. I came prepared with pictures, ideas and, more importantly, my food.”

After meeting with Babb and tasting his barbecue, the investors were sold, even if the concept remained blurry.

“I thought to myself, 'This is too good to be true,'” Babb says. “With something this great, there has to be a catch. But I wasn't going to let there be. I was determined to make this thing happen.”

And, so, for the next several months, he just showed up — at meetings, at the Trinity Groves investors' offices, at the development sites.

“I just made myself visible,” he says, “reminding them I was serious about this.”

Eventually, his persistence paid off, as the group suggested he develop a 5,000 square-foot spot that formerly housed steel supplies. And, once they had the building, the vision seemed to become more clear: Babb, a musician, decided to incorporate some blues music into his concept.

“The big guys were skeptical of the blues,” he admits. But Babb was determined to make it work. So, at an investors party to celebrate that the building's construction was approaching its finish, he set out to convince them that it could. About halfway through, Babb and his brothers announced to their supporters that they'd also be performing the blues at this affair.

“The look on everyone's face was a bit concerning,” he says with a laugh. “I don't think they knew what to expect. They were probably wishing I had just stayed in the kitchen.”

But as the music started to play and he and his family started to sing, his friends began to move. It was apparent to everyone — even the investors — that the combination of the BBQ and the blues was what was going to make Trinity Groves' new baby a successful one.

And so the restaurant opened under the name Babb Bros BBQ & Blues. The back patio area is lacking nothing. The view is incredible — of the Margaret Hunt Hill Bridge, of a waving Texas flag nearby, of the glow from the downtown lights. There are about 25 tables out there, too. And a decent stage for, of course, blues bands to come play upon.

“They picked me for a reason,” Babb says now. “I have a passion for this and I want this spot to set the tone for the rest of Trinity Groves. We feel completely welcome here, and that makes our customers feel welcome. It's all about family, food and fun.”

The entrance into Babbs is proof of that: The walls are lined with family pictures, then lead into pictures from that very first blues party.

“The idea is that we all mesh into one family,” he says. “Our restaurant, the customers and Trinity Groves.”

It helps, of course, that the food, too, is absolutely extraordinary. The ribs are fall-off-the-bone crazy good. And the cheesy potatoes and creamed corn will dance around in your dreams.

Sound too good to be true? Nah. It's just a great idea, executed well, coming at the right time, and with all the right people pulling for it.

If anything, that just sounds about right, really. 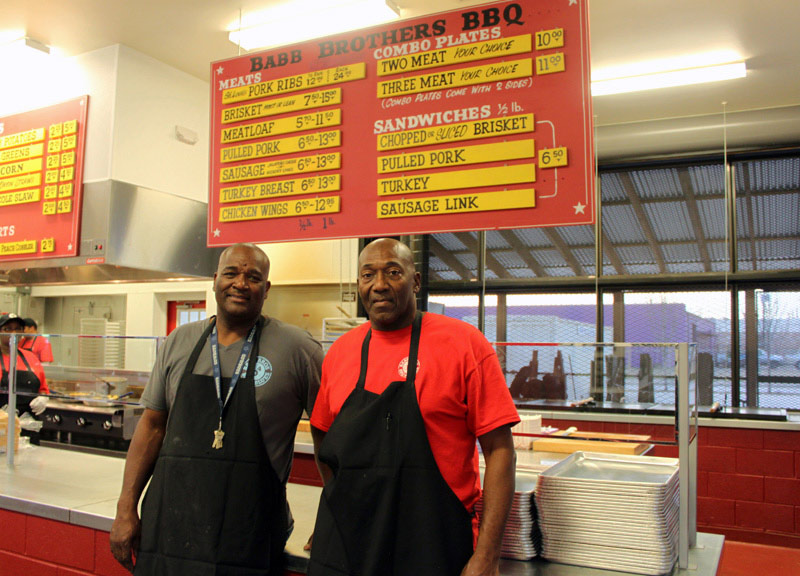 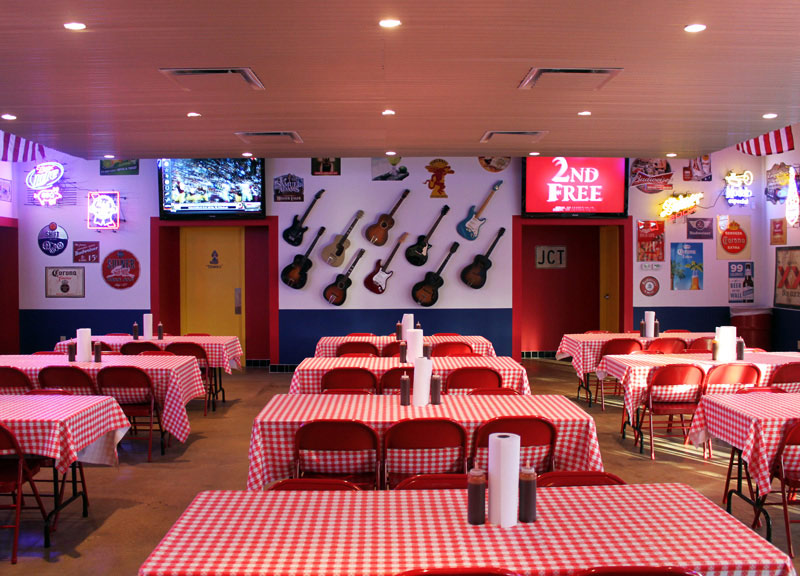 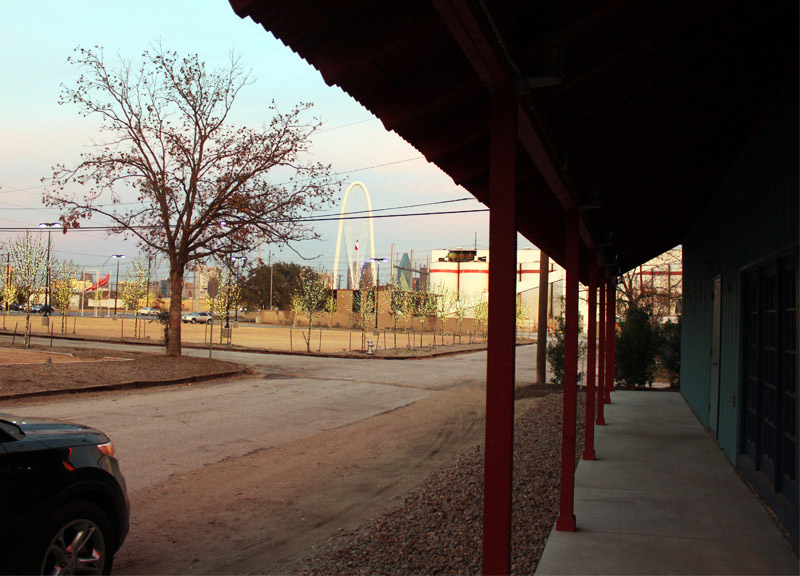 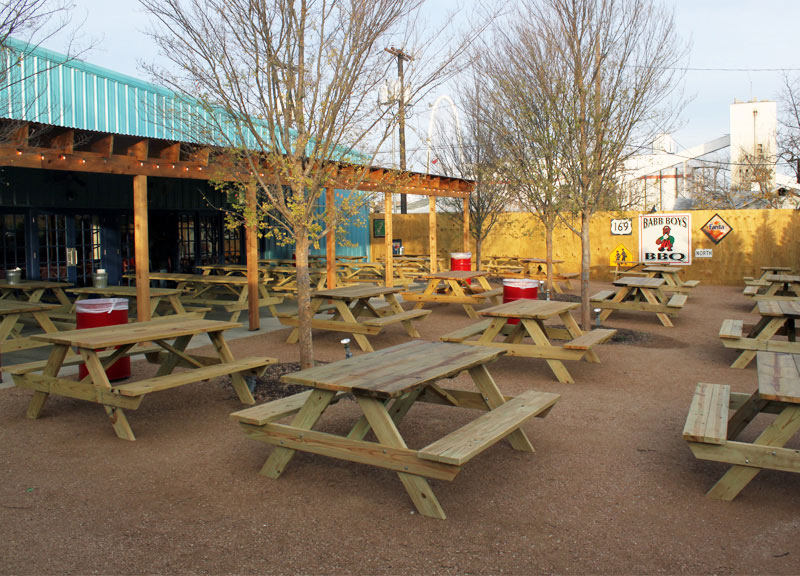 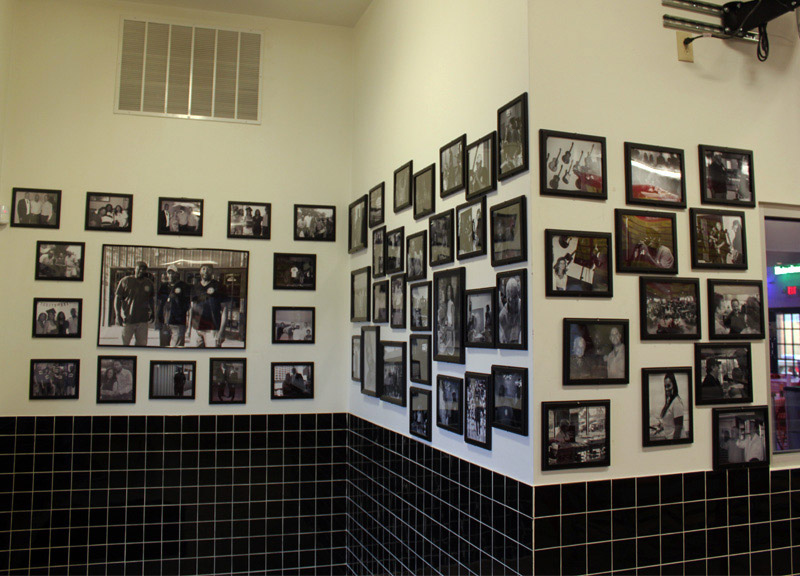 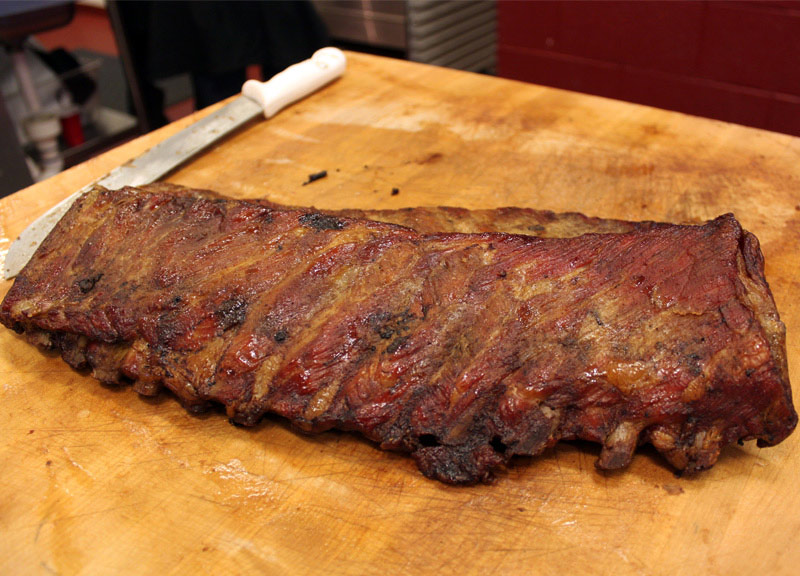 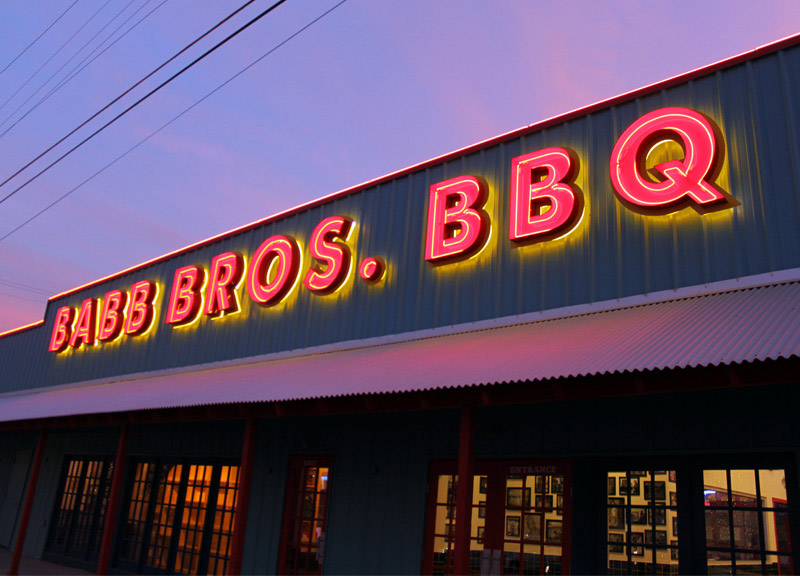